Why Rachel is the heart of ‘The Kissing Booth 3’

In the trilogy-capping Netflix rom-com “The Kissing Booth 3,” heroine Elle Evans (Joey King) has a lesson to learn: prioritize yourself in the journey to love.

But one character grasped that message early and quietly: Rachel, played by Meganne Young.

While Elle remains the focus of “The Kissing Booth 3″ — embarking on a summer mission to finish a childhood bucket list with Lee, while deciding whether or not to join boyfriend Noah (Jacob Elordi) at Harvard in the fall — Rachel’s maturity, intuitiveness and decisive pursuit of self slowly take center stage.

While Rachel is an aspiring interior designer — and the visual arts are not Young’s strong suit — she sees parallels between herself and her character, notably the strength of her reserved nature.

“I went to film school … and people would always think I was in makeup or wardrobe because I was really quiet,” Young said recently by phone. “I was like, ‘Oh, am I supposed to be loud? Is that confidence? Is that what you need to be an actor?’ It rattled me for the first few years, but as I’ve gotten older and the more that I’ve worked on sets, I’ve become quite empowered in my quietness. I love that for Rachel, and I think that’s something that’s really similar between us.”

As a child, Young sought to be the center of attention. Her love for performing spurred her to seek out the stage, but moving from country to country shaped her understanding of the human condition. Born in Johannesburg but a “Cape Town girl” at heart, Young is a self-described “expat baby” who has lived in Nigeria, Switzerland and more, thanks to her father’s work.

“That experience made me quite adaptable and interested in other people’s perspectives and stories. I wanted to explore all these different avenues, all these different roads, and the best way I could come up with to do that was acting. If I had not been an actor, I probably would have studied psychology because I’m always interested in why people make the choices they make. I think that is so key to acting,” said Young.

Young said that she believes perspective does change when navigating different countries, cultures and practices. Those lived experiences made her attentive to societal gaps, the importance of nuance and perception beyond the black-white binary.

“Sometimes I worry that we want to boil everything down and make it simple, instead of finding that complexity, trying to understand it, embrace it and work within it. When you simplify things, that’s when you start pushing out other groups, especially minorities,” Young said. “I love complexity. I live for that. That is why I work in this industry … but I also understand for a lot of people, it’s intimidating. I don’t think we can shy away from it if we really want to fix things.”

Her first-ever performance in front of an audience was as a student at the Grange School in Lagos, Nigeria, where she played a sugar plum fairy in a Christmas performance. Fast forward to 2018 and Young received an email from her agent: More “Kissing Booth” films were to come (the first was an unexpected Netflix hit), but the future of her character was still unknown. 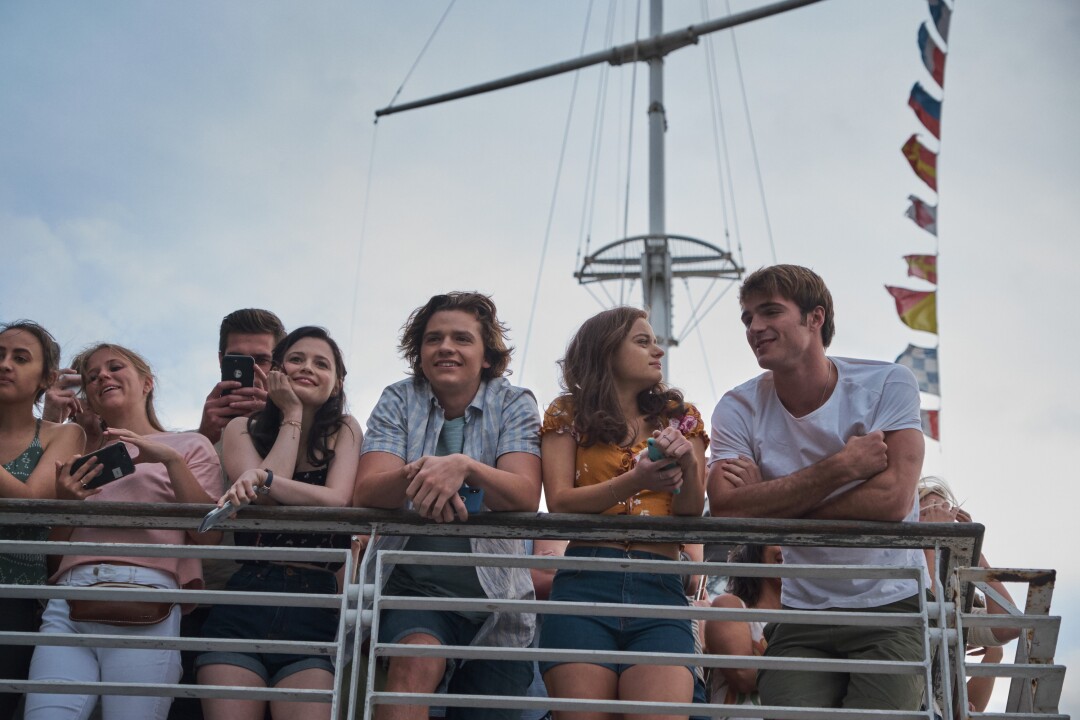 “The Kissing Booth 3″ follows the franchise’s core ensemble through the summer between high school and college.

When she went home to Cape Town for Christmas, she was met with a holiday surprise.

“I sat down with [director Vince Marcello and producer Michele Weisler] and they told me face to face what was going to happen with Rachel through both movies. I just was so excited,” Young said. “Something I was really taken with when I first read the script was seeing how she’s quite an even-keeled character. She doesn’t want to overstep, but she also wants to assert herself and be true to herself and her feelings.”

After Rachel and Lee locked lips in the first “Kissing Booth,” Young saw her character’s importance grow. In “The Kissing Booth 3,” Rhode Island School of Design-bound Rachel reevaluates her future with Lee after Elle and Noah’s relationship hits the rocks. 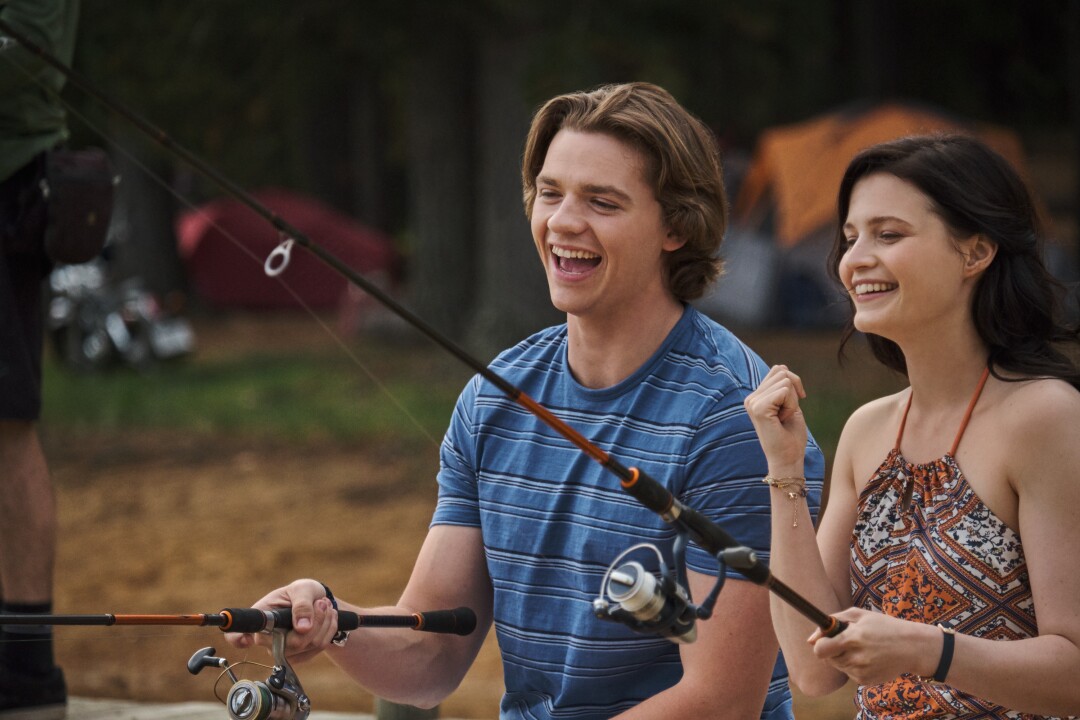 Joel Courtney and Meganne Young in “The Kissing Booth 3,” which puts their characters’ romantic relationship to the test.

“I hate saying that love is not enough,” said Young, referencing a line from the movie. “Because I am such a romantic. But … as you get older and you start investigating more serious relationships, you have to take in other factors. At the end of the day, you have to take care of yourself. If you aren’t happy and there’s too much strain on your relationship, for whatever reason, you need to make sure that you feel safe enough to navigate it then make decisions based on that.”

As Young navigates her career, she says a dream of hers is to play a character that seems brash, tough and “ugly” at first glance and “bring compassion into that.” Her hope is to challenge herself, tell “engaging and relatable” stories, and compel audiences to see different perspectives.

“I would love to do an action movie, to be seen so differently to what I appear as. That’s kind of the goal. It’s so easy to feel like you can look at me on paper, you can make an assumption based on all these things that you know about me. Sometimes I feel that I’ve been limited in people’s eyes. … I think such an important part of being human is that growth, that evolution. I think you should change your mind,” Young said.

In “The Kissing Booth 3,” both Elle and Rachel are presented with choices. The question is who they’re making decisions for: themselves or to please the people around them. Young hopes that audiences take a note from Rachel and understand it’s not a mistake to look after yourself.

“[Rachel] really looks at what’s happening around her and she checks in with herself and she makes choices,” Young said. “They’re not easy choices, but she makes choices that she feels are best and will protect her. Finding that trust in yourself — I hope people take that away [from the film], and knowing that what is meant for you will come back to you. If that doesn’t come back, that means that there’s something else meant for you.”