This time last year, I was watching the trailer for Ridley Scott’s spicy meatball of a true-crime saga “House of Gucci” on a continuous loop, trying to parse the nuances of Lady Gaga’s Italian (?) accent and looking for a cheap online knockoff of Adam Driver’s cable-knit ski sweater. I wasn’t sure why Jared Leto was playing Jeffrey Tambor, but I was absolutely certain that Leto and Gaga and the movie would all be feted at the 2022 Oscars.

Of course, none of that happened (though I did find a great deal on the sweater), which is why it’s best to see movies before making any awards-season predictions. But there’s no harm in offering a few thoughts about the fall films hoping to find favor with Oscar voters in the coming months. (We’re looking at release dates through Nov. 4.)

Some of these movies could edge their way into the best picture conversation; others are more performance-driven. A few will be barely remembered a few months from now.

But there will be plenty of time to talk about those films. Let’s focus on the immediate future. Release dates are subject to change, and the dates provided are for Los Angeles theatrical release except where noted.

Viola Davis and John Boyega in “The Woman King.”

Gina Prince-Bythewood directs this epic about the women warriors who protected the African kingdom of Dahomey in the 19th century. Their leader? A general played by none other than Viola Davis, so you know the realm — and the audience — is in good hands.

Marilyn Monroe’s life is reimagined in this Andrew Dominik adaptation of Joyce Carol Oates’ novel. Ana de Armas plays the legend in a NC-17-rated movie that is sure to be dissected, scrutinized and — who knows? — maybe even watched by a few people when it drops on Netflix.

Florence Pugh and Harry Styles and a bunch of beautiful people are having fun in the Palm Springs sun until they’re not in this Olivia Wilde-directed psychological thriller about a perfect world that might be a little too perfect, especially for the impeccably dressed women waiting for their husbands to return home from their mysterious jobs. The community’s operating principle is straight out of the Michael Corleone playbook: “Don’t ask me about my business!”

‘The Greatest Beer Run Ever’
(streaming on AppleTV+, Sept. 30) Russell Crowe and Zac Efron in “The Greatest Beer Run Ever.”

Zac Efron plays a dude bringing a couple of cases of cold ones to his buddies in Vietnam in this story of friendship from writer-director Peter Farrelly. Like Farrelly’s last movie, the Oscar-winning “Green Book,” it’s based on real-life events. Will it connect with audiences — and awards season voters — like its predecessor?

Todd Field has directed and co-written two movies — “In the Bedroom” and “Little Children.” Since the latter’s release 16 years ago, he has remained busy, though none of his projects, including collaborations with Joan Didion and Jonathan Franzen, have been realized. Finally, we have a new Todd Field movie, “Tár,” centered on a fictional German composer and conductor played by Cate Blanchett. 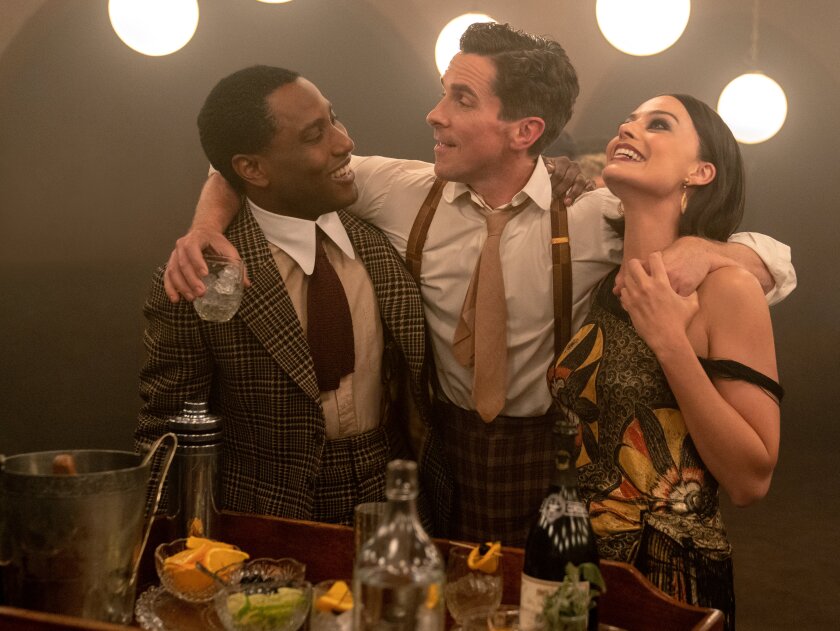 Filmmaker David O. Russell enjoyed a nice run from 2010-13 with “The Fighter,” “Silver Linings Playbook” and “American Hustle.” But we haven’t heard from him since the uninspired “Joy” seven years ago, making this film — a period mystery-caper with a sprawling cast that includes Margot Robbie, Christian Bale, John David Washington and Taylor Swift — an anticipated title. However, it’s not playing any of the fall festivals, meaning it’s probably not an awards contender. Could it still be fun? Maaaaaaybe.

Ruben Östlund’s Cannes Palme d’Or winner takes aim at the rich (and the luxury cruise industry) in a satire weighted with moral disgust and vomit. Glib or glorious? Opinions vary. Woody Harrelson plays a Marxist ship captain, maybe the one thing we can all agree is perfect.

The latest from “Clemency” director Chinonye Chukwu looks at the brief life of Emmett Till (Jalyn Hall), his brutal lynching following an unfounded accusation and the subsequent quest for justice by his mother, Mamie (Danielle Deadwyler).

Park Chan-wook won the director prize at Cannes for this ravishing mystery about a detective (Park Hae-il) obsessed with a woman (Tang Wei) he suspects killed her husband. South Korea has already selected it as its entry into the Oscars’ international feature race. 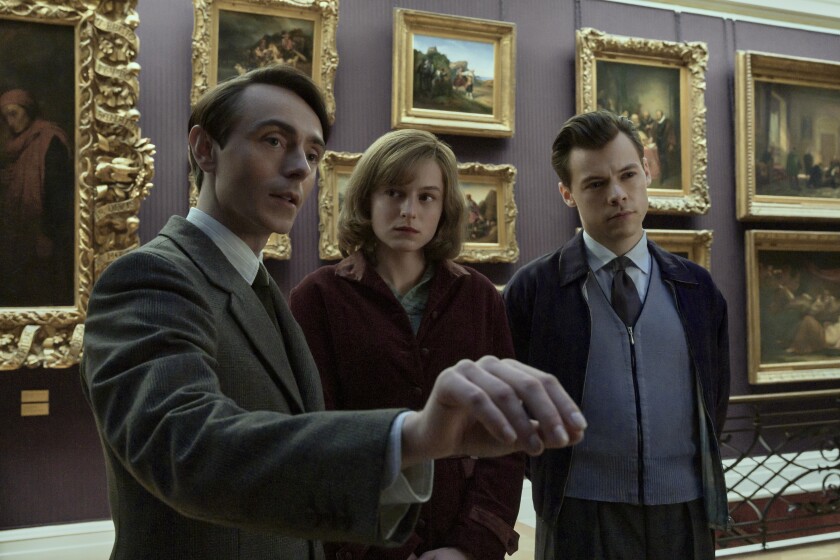 David Dawson, Emma Corrin and Harry Styles in “My Policeman.”

This drama about a police officer (Harry Styles) starting a romance with a teacher (Emma Corrin) while maintaining a secret affair with a museum curator (David Dawson) in 1950s England has already won a prize — the Toronto Film Festival’s Tribute Award for Performance. Past tribute winners include Jessica Chastain (“The Eyes of Tammy Faye”), Joaquin Phoenix (“Joker”) and Anthony Hopkins (“The Father”), all of whom went on to win Oscars. This is the first time TIFF has honored an ensemble. Maybe this Harry Styles guy is an up-and-comer?

‘The Banshees of Inisherin’

Martin McDonagh’s last feature, 2017’s “Three Billboards Outside Ebbing, Missouri,” was a critical and commercial hit, winning Oscars for Frances McDormand and Sam Rockwell. This follow-up tells the story of lifelong friends (Colin Farrell and Brendan Gleeson) who have a falling-out, with startling consequences. 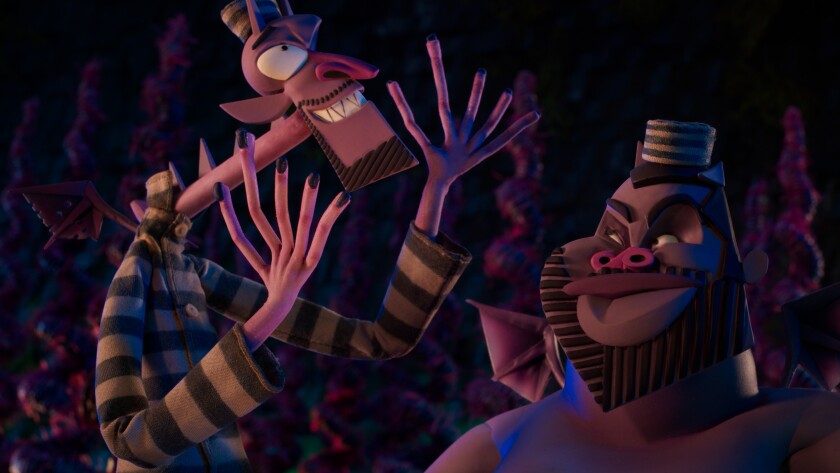 An animated fantasy about a couple of demon brothers looking to join the Land of the Living from stop-motion master Henry Selick (“The Nightmare Before Christmas,” “Coraline”) and Jordan Peele? Sounds great. Even better — Peele and Keegan-Michael Key voice the demons.

James Gray’s thoughtful, self-critical coming-of-age story earned a seven-minute ovation at its Cannes premiere earlier this year. Featuring a cast that includes Anthony Hopkins, Anne Hathaway and Jeremy Strong, the film centers on a friendship between two misfit boys in 1980 Queens — one Jewish, the other Black — and the societal inequities that complicate their relationship. Reviewing from Cannes, Times film critic Justin Chang praised the script’s “layered understanding of hypocrisy and privilege.”

28 essential albums and concerts this fall