The skipping craze has weight loss benefits, including burning more calories than jogging

As the coronavirus pandemic locked people out of gyms and kept many in their homes, Lauren Flymen picked up a skipping rope for the first time as an adult.

Flymen, who lives in Saint Albans, England, was furloughed from her sales manager position in April 2020.

Watch the video above to see how to get started skipping

In her newfound free time, she discovered the skipping community on Instagram and was inspired to give it a try.

“I stumbled across this whole world of people doing stuff I’ve never seen before, like all of the freestyle tricks,” said 29-year-old Flymen.

There are millions of views across Instagram and TikTok with captions for skipping or #jumprope.

She created her Instagram account to tap into the skipping community and document her journey as Lauren Jumps, posting her first video on April 17.

“I started sharing videos of me learning and then that gained momentum,” Flymen said.

“It picked up quite quickly and people started following me, wanting tips from me. So, I started sharing tutorials.”

She went from performing basic crossovers to gravity-defying freestyle moves with fast, fancy footwork, attracting more than 286,000 followers over the course of one year.

Flymen is part of a growing pandemic trend, with people who have been shut out of gyms and exercise classes looking for low-tech ways to stay fit.

Unlike the skipping rope fun in the schoolyard or the competitive double Dutch teams, pandemic skipping fans had to skip alone or in their social bubbles.

Influencers like Flymen and Mimi Youss and Ghadi Abboud, however, have helped inspire and motivate the legions of new enthusiasts.

An Elevate Rope spokesperson reported that revenue increased by 240 per cent during 2020, while Crossrope told CNN it had $26 million in sales in 2020 – four times the sales of the previous year.

The health benefits of skipping

“If you’re looking for a cardio workout that’s really efficient, I would say (skipping) absolutely is that,” said CNN fitness contributor Dana Santas, who is a wellness expert and a strength and conditioning coach.

Skipping is a vigorous, calorie-burning workout that works your whole body, Santas said.

As a coach in professional sports, she incorporates skipping into high-intensity interval training, or HIIT, and warm-ups. 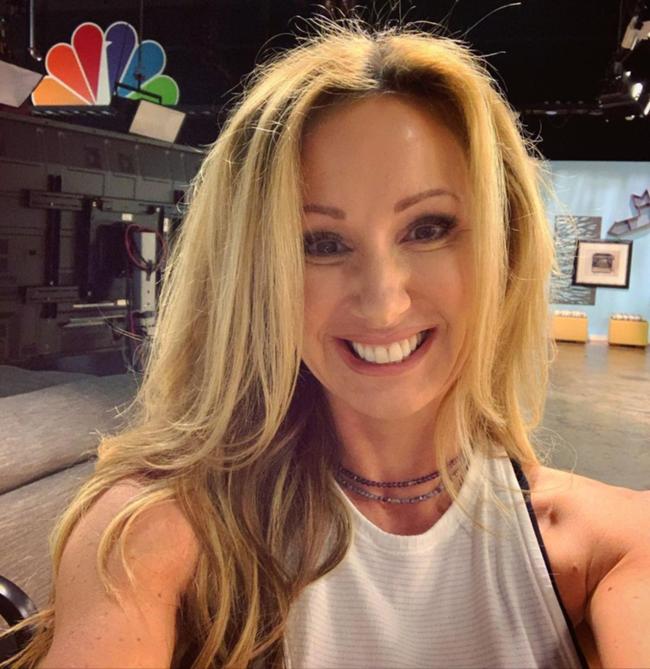 Just 10 minutes of skipping is as efficient of a cardio workout as 30 minutes of running, according to a 2013 study led by John A. Baker at Arizona State University.

Skipping can also increase bone density, according to a 2005 study in the Journal of Applied Physiology.

Flymen said skipping is the hardest cardio workout she has done.

But the biggest benefit has been for her mental health. It’s an exciting and satisfying way to escape the stresses of everyday life, she said.

“If you’re going on a run, you think about other stuff in your life and problems,” Flymen said.

“Whereas when I go out and jump rope, you just focus on that. You are properly in the zone.

“You can’t think about anything else because it involves so much of your mind to actually do these tricks.” 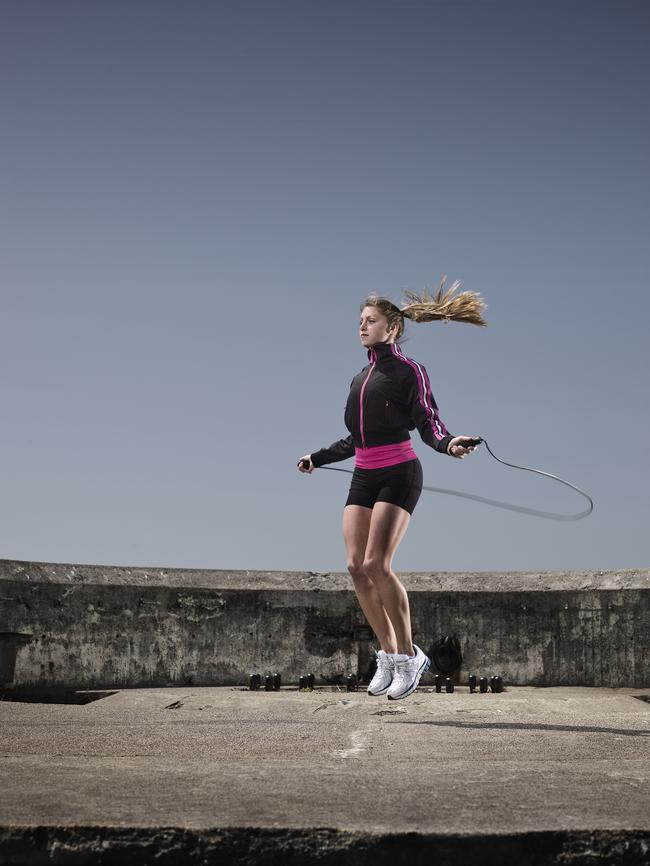 Skipping can increase bone density, according to a 2005 study in the Journal of Applied Physiology. Credit: charlie nucci/Getty Images

Skipping is like meditation for Elevate Rope founder and CEO Geraldo Alken.

“When you’re (skipping), you need to be present, in the moment,” he said.

“If you’re not present, you’re going to trip up.

“When I pick up this rope, I just enter some kind of new realm, another world.

“It’s just me and this rope and my music, and you can just let go of everything around you. And that’s just the best feeling.”

How to get started

Before jumping into this high-intensity meditation, Santas warns that people who aren’t in good shape could get injured if they don’t ease into it and warm up properly.

“There’s no way to do (skipping) that isn’t vigorous-intensity because if you slow the rope down too much it’s not going to work right,” she said.

“So, it’s vigorous right out of the gate.

Both Santas and Flymen recommend beginners start with a short session, like five to 10 minutes.

“People think (skipping) looks easy but it’s not at all,” Flymen said.

After a year of jumping, Flymen decided not to return to her sales job and is making money sharing her skipping journey on social media.

Her lockdown hobby became her job.

“I’m disappointed I didn’t discover this sooner, and I just want everyone to know what they can achieve with (skipping),” Flymen said.