Ranch dressing and hot sauce both can go on just about anything. And now they’re being mixed up in one bottle.

Spicy Truffle Ranch — a combination of Hidden Valley Ranch and Truff’s Original Black Truffle Hot Sauce — is the newest condiment mashup to hit the internet. It’s the first time that either iconic sauce has been mixed with another for a product.

“Hidden Valley Ranch is always looking to offer new and unexpected ways for our fans to experience the ranch flavor they love,” Deb Crandall, Hidden Valley Ranch marketing director, said in a release. “TRUFF is the perfect partner, with their unique, elevated hot sauce that is unlike any other.”

Hidden Valley Ranch is billed as the original ranch dressing, created in the late 1940s as the signature sauce at a California dude ranch and bought by Clorox in 1972. In the last 50 years, the dressing has been used for a variety of dipping sauces and packaged chicken salads. It’s also commonly a seasoning, marinade or cooking ingredient for anything from casserole to egg nog.

Truff is a high-end hot sauce that’s a newer entrant to the condiment category. It launched in 2017 as the logical next step for a pair of young entrepreneurs who had been building a large Instagram following with the handle @sauce — by actually making hot sauce. The truffle-infused hot sauce, which is a favorite of Oprah Winfrey, has taken off both on store shelves but also in QSR collaborations. Taco Bell introduced some limited menu items featuring Truff last year, and Noodles & Company had a limited Truff Mac bowl last November.

Truff co-founder Nick Ajluni said in a release that the company is always listening to customer suggestions, and some have been “very vocal” about wanting a truffle ranch.

This mashup is not available in stores — or anywhere yet, for that matter. A limited number of bottles are going up for sale online at 11 a.m. Aug. 30. Consumers interested in trying Spicy Truffle Ranch can join the online waitlist, and will then receive an email when the sauce officially goes up for sale.

The sauce flavor is described in a release as featuring “spice of red chiles, umami depth of black truffles, and tangy, creaminess of ranch dressing.” Considering that ranch dressing is a common dip to mitigate the spice of buffalo wings, this sauce may not be Truff’s spiciest. But given the devoted fans of both brands, it will definitely be hot.

Would you like to buy some Girl Scout pita chips?

On top of supporting their local Girl Scouts chapter by ordering boxes of cookies, fans of Thin Mints can now also get their fix in a new snack.

Stacy’s Pita Chips has announced a limited edition flavor of its Pita Thins chips inspired by Girl Scout Thin Mints cookies, created through a licensing partnership with Girl Scouts of the USA.

Stacy’s, a female-founded brand owned by PepsiCo’s Frito-Lay North America snack division, is also using the Girl Scout collaboration to spread a message of empowerment for women. The brand said it is pledging a $50,000 donation to Girl Scouts of the USA. Its Stacy’s Rise Project, a program to invest in women-founded businesses, has invested more than $450,000 in grants since it was founded in 2017.

“We always seek to bring more meaning to everyday moments, whether through impactful actions for our community or unexpected and delicious new flavors,” said Frito-Lay’s vice president of marketing Rhasheda Boyd. “Just like our pita chips, this is an artfully crafted partnership that we are thrilled to share with our fans.”

Stacy’s continues to extend its pita chips, commonly paired with savory spreads like hummus, into the dessert realm. The brand has released other sweet varieties, including Cinnamon Sugar and Simply Cocoa.

The Girl Scouts of the USA has licensed its popular cookie flavors to several food products over the years. In 2013, Nestlé released a line of Coffee-mate creamers inspired by Thin Mints and Samoas. General Mills also used the two flavors for limited-edition cereals in 2016, and Unilever for its Breyer’s ice cream in 2018. Last year, Thin Mints appeared as a flavoring for Keebler ice cream cones.

Thin Mints are the most popular flavor of Girl Scout cookies nationwide, followed by Samoas (also known as Caramel deLites) and Peanut Butter Patties (also known as Tagalongs). The flavor is so popular that Girl Scouts of the USA announced a new variety launching this year, Raspberry Rally. The youth organization called it the “sister cookie” to Thin Mints. 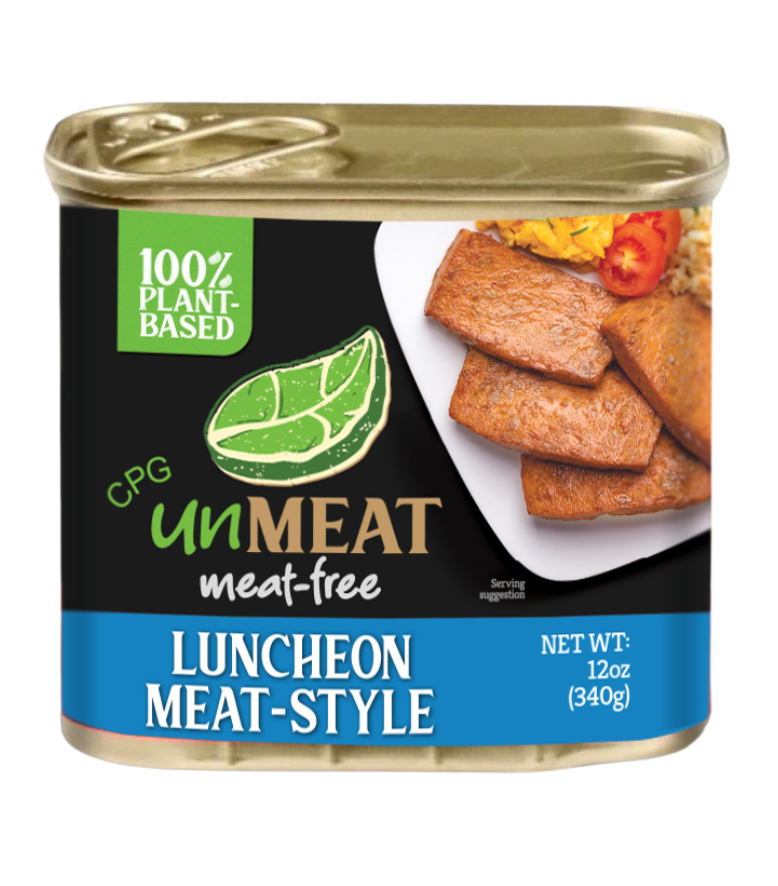 Despite it’s much-maligned reputation, Spam remains as popular as ever and now another plant-based offering is taking aim at the food staple.

Plant-based protein brand unMEAT is now selling in the U.S. a canned offering that is non-GMO with 30% less calories and 60% less sodium than its meat predecessor.

“Canned meat is a popular snack in households across the globe, whether you’re an American family who enjoys the classic canned cooked pork or an Asian household creating musubi with the pressed meat,” Gregory Banzon, chief operating officer of Century Pacific Group, the parent company of unMEAT, said in a statement.

UnMeat is not the first company to introduce a plant-based copy of the pork-based Spam sold by Hormel Foods. Last year, Hong Kong-based OmniFoods introduced OmniPork in the U.S., while South Korean retail giant Shinsegae recently announced its own offering.

A concoction of pork with ham, salt, water, potato starch, sugar and sodium nitrate, sales of Spam surged to a record high for the seventh consecutive year in 2021, according to Hormel. The jump prompted the company to increase its capacity to support future growth.

Spam, the brunt of ridicule by British comedy troupe Monty Python, traces its origins back to 1937 during the height of the Great Depression, where it was praised as a “miracle meat” in a can.