There were 27 patients scheduled to receive abortions Friday at Alamo Women’s Reproductive Services in San Antonio.

Some were already waiting outside when the clinic opened at 9 a.m., doing their best to ignore a group of protesters at the parking lot entrance, shouting at them through a loudspeaker.

“You don’t have to go in!” the activists pleaded with the women. “They murder babies!”

The clinic’s longtime owner, Dr. Alan Braid, was back in his office when his daughter, Andrea Gallegos, the executive administrator, ducked in.

Braid cursed. Then he began to tear up.

Dr Alan Braid sits in his office in disbelief after just being informed of the Supreme Court ruling.

At 77, he is old enough to remember what abortion was like before the Supreme Court decided Roe vs. Wade in 1973. He treated women for infections from illegal abortions, including a 16-year-old who arrived with her vagina stuffed with rags whom he could not save.

Now, with the court striking down the right to abortion, Braid feared a return to those days.

“I’ve got to figure out what I’m going to do with these patients now,” he said before stepping into the hallway. “Never thought I’d see this day.”

His staff was confused.

“So we can’t see anybody?” a nurse asked Gallegos.

“I need to speak with lawyers,” she responded before disappearing into an office.

Texas is one of 13 states that had “trigger laws” in place to outlaw abortion once Roe was overturned. Its law does not take effect for a month, but the state’s attorney general released a statement saying that the abortion ban in place before 1973 had been reactivated.

“It’s craziness,” said a staffer in a “My Body My Choice” T-shirt as she sat behind the front desk and wiped away tears. 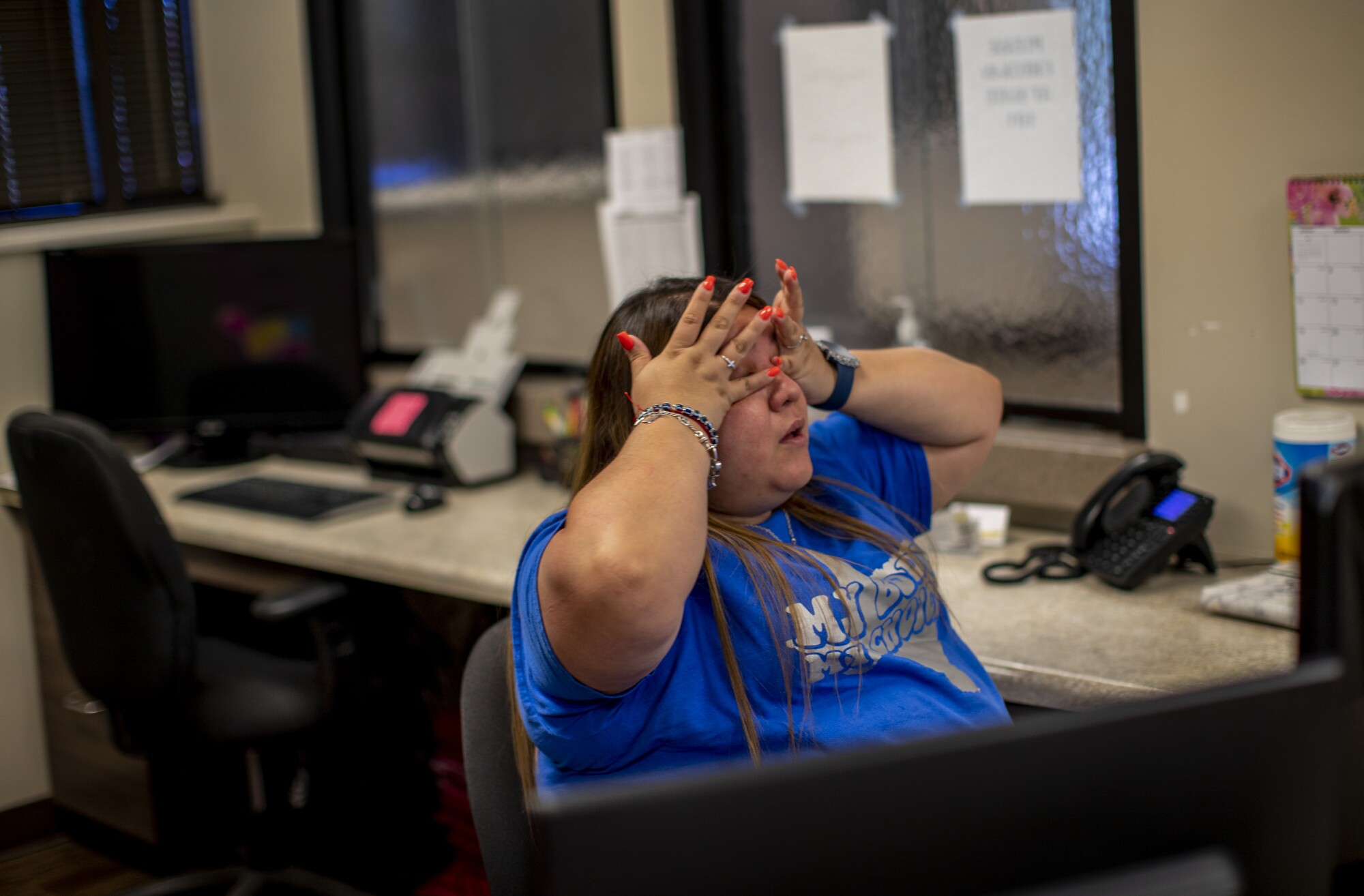 She looked out at the five women in the waiting room, where the news had yet to break. A television played the Netflix series “Stranger Things” as the women filled out forms and scrolled on their cellphones.

Suddenly the front door whooshed open, and a young woman entered. She could have been mistaken for a staffer — except she was gripping a rosary.

“I just wanted to make an announcement that Roe vs. Wade just got overturned,” she said. “Abortion is illegal.”

She had come from the antiabortion group outside and was trespassing. A staffer ran out to chase her away, shouting, “Stay off the property!”

Then the staffer turned to the stunned women.

“I’m sorry, y’all. We’re at a standstill,” she said. “It’s very disheartening. We’re just waiting to see if we can see you.”

One woman couldn’t control her anger. She had traveled from Oklahoma, referred by another clinic that had stopped doing abortions this month after the state passed new restrictions. 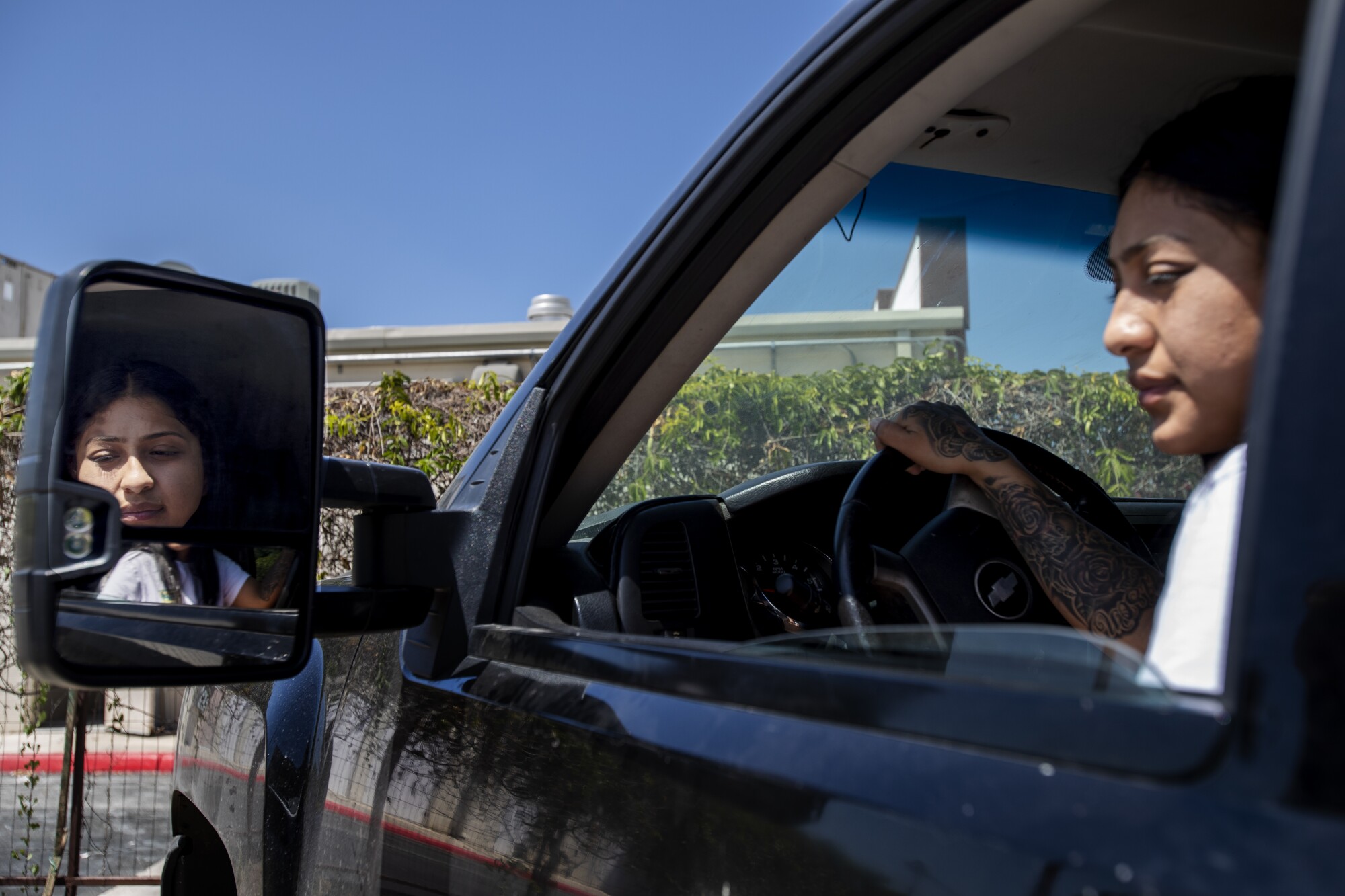 Jailene, 24, stares out her car window after being turned away at Alamo Women’s Reproductive Services on Friday.

“Some of us, we drove too far for this,” she said.

Then Braid, who had been conferring with lawyers, stepped into the waiting room.

“The Supreme Court just overturned Roe vs. Wade. They’ve taken away your right to choose what to do with your body,” he explained to the women. “There are states it won’t affect — New Mexico, Illinois, states on the coasts. So if you want to stay, the girls can give you info.”

The Oklahoma woman, who declined to give her name, grew more upset.

“So what you’re saying is we can’t get an abortion today? I just drove eight hours.”

“You can write to Justice Roberts,” Braid said.

“I don’t want to write to nobody,” she said. “Why would they wait until today?”

“It’s what everybody’s thinking,” said another patient, who had driven about 145 miles from Corpus Christi.

“Unfortunately, my hands are tied,” Braid said, explaining the risks of challenging the law. “I can go to jail for life and be fined $100,000.”

“Do you all have online where I can get the pills at least?” the Oklahoma woman said.

A staffer handed out a list of out-of-state clinics and explained that they could also try to order abortion medication by mail from websites such as Aid Access. Sitting in the waiting room, Liz contemplates her choices after being told that the Supreme Court overturned Roe v. Wade, shutting down abortion series at Alamo Women’s Reproductive Services, where she had an appointment Friday.

“I wish they would have called me about this last week,” the angry patient said.

“We didn’t know,” the staffer explained. “It caught us by surprise. That’s why everybody is so emotional.”

Then, one by one, the women left.

Andrea, the patient from Corpus Christi, was four weeks pregnant and already had two children, ages 3 and 6. She said she planned to go out of state.

Jerrika, 26, another patient who had traveled from Oklahoma, scanned the clinic handout, focusing on an abortion provider in Wichita, about two hours from her home in Tulsa.

She said she had two children, ages 3 and 4, the eldest autistic, and it was a lot to manage. She had already taken time off from nursing school to travel to Texas. Now she faced another trip.

If no clinic could take her, she said she would have no choice but to keep the baby.

As soon as the waiting room emptied, women with later appointments started showing up. A staffer tried to tell one of them to turn around before her Uber pulled away, but it was too late.

“You can’t stay. The law was overturned,” she explained. “It was just a few minutes ago.”

The 18-year-old patient was perplexed. She had passed an ultrasound screening at the clinic the day before. She knew she was five weeks and two days pregnant and that there was no fetal cardiac activity — making her eligible for an abortion under a Texas law that took effect last fall.

She had just graduated from high school and was living at home while she planned for college. She sat down with a friend who had accompanied her to the clinic. 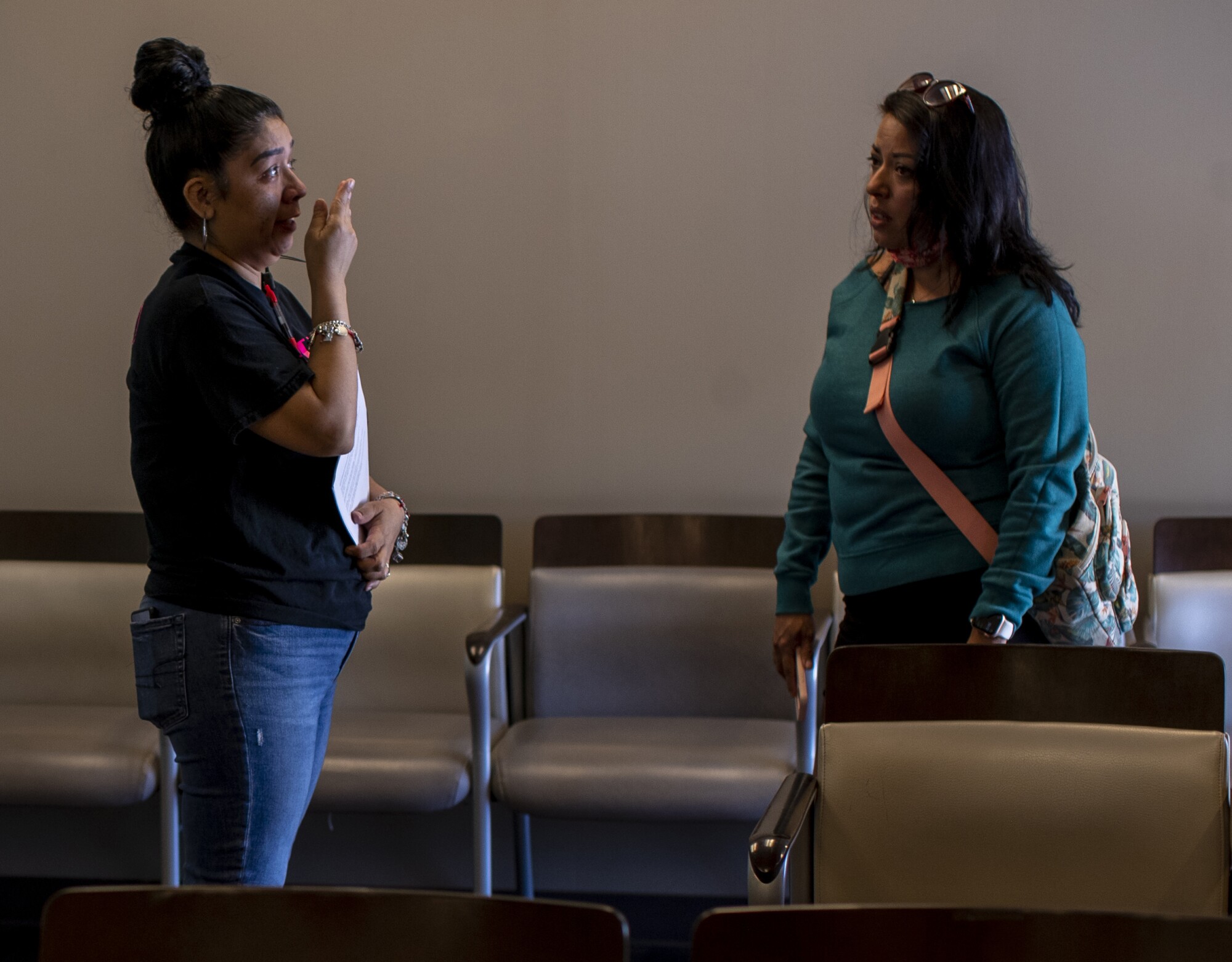 A staff member is brought to tears as she informs a patient that the clinic could no longer provide abortion services.

She didn’t have a car. Neither did her boyfriend. They hadn’t told their families she was pregnant. Traveling out of state was not an option.

Another patient, Jailene, 24, arrived in her pickup with her two daughters, ages 6 and 7. She had been scheduled to have a medication abortion.

She said she didn’t want to travel a day’s drive out of state for an abortion, and would probably have the baby.

“It’s really messed up for us girls,” she said. “We don’t really have rights. They shouldn’t be choosing for women.”

When another woman arrived at the clinic and heard the news, she collapsed into a chair and began to weep. Then she begged.

“Please, please, I’m in big trouble!” said the woman, a mother of three, the youngest 7 months old, all waiting outside in a minivan with her husband. “I have to travel in a few days to India. We’re going back.”

“I’m so sorry, ma’am — it’s illegal,” a staffer said, offering to call other clinics for her but cautioning that “I can’t guarantee there’s an option right away.”

The woman grabbed her cellphone and called her husband, who appeared in the waiting room moments later. Staffers explained the ruling, and suggested he contact clinics in New Mexico.

“Is there a place here we can try?” he said.

“Even for the fetal anomaly?” he asked.

As he and his wife left, they passed the antiabortion demonstrators. A police cruiser circled the building. A man who appeared to have accompanied a patient confronted the antiabortion crowd, cursing and taking video with his cellphone.

“What are you doing here today?” he said.

“Defending the weak,” said protester Michael Hernandez, 28, who later said that the ruling left him feeling “thrilled” and that “we’ll be on a better way to a better future.”

The protesters said they planned to return in the coming days to monitor whether the clinic follows the law. Some said they hoped the ruling would lead Braid to retire.

His daughter said they have no immediate plans, but that they’re considering relocating to Colorado, New Mexico or tribal land where they would face few restrictions. Braid also owns a clinic in Tulsa that had to stop doing abortions.

By afternoon, the mood of the staff wavered between frustration and resolve.

One worker put her head in her hands. They had notified all 27 patients whose appointments had been canceled Friday. Now they would have to call the 45 patients with appointments next week.

Among the last patients to arrive Friday was April Reese, a special education teacher and mother of three. A staffer gave her the handout.

At five weeks and three days pregnant, Reese said she planned to travel.

Reese was about to leave when she noticed that the staffer who had helped her was crying. So were some of the other clinic employees behind the front desk.

“You guys have done so much good work for people. So keep that in your heart,” Reese said. “Don’t give up the fight.”