The castle comes with a moat.Courtesy of Compass

A Gothic-inspired castle in Connecticut that’s been on and off the market for years has been relisted at an asking price of $60 million. 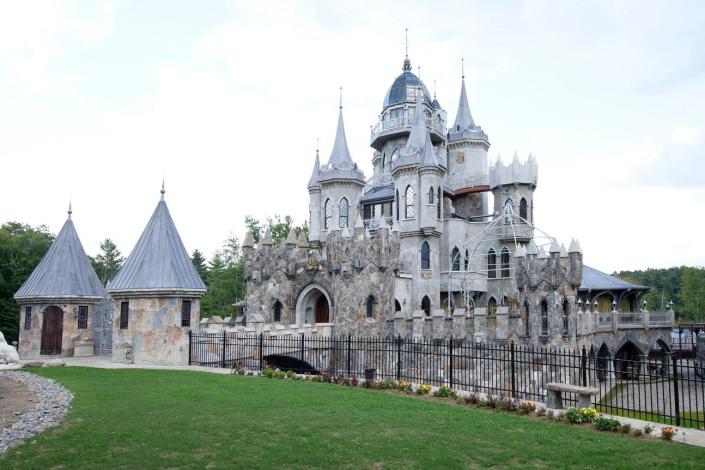 The castle’s exterior.Courtesy of Compass

The castle, known as the Chris Mark Castle, has been on and off the market since 2014.

Mark first put the castle on the market for $45 million in 2014 before cutting its price and eventually removing the listing in 2016. He put it back up for sale in November for $35 million, the listing history shows.

Now, it’s gotten a price bump to its highest price on record: $60 million. Mark raised his asking price because he’s set his sights on building yet another castle, listing agent John Pizzi of Randall Realtors told The New York Post.

Pizzi did not immediately respond to Insider’s request for comment.

Chris Mark’s daughter, Christina Mark, told Insider the family moved into the house when she was 7 or 8 years old. 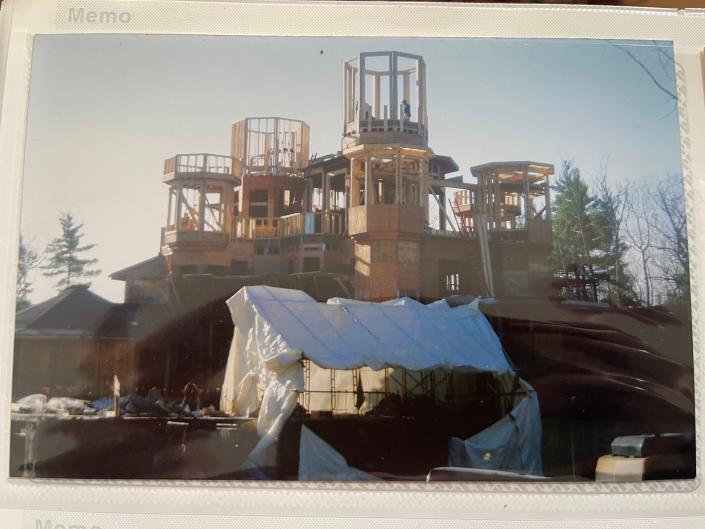 The building of the castle’s frame.Courtesy of Chris Mark Castle

Mark, who turns 18 this year, currently lives in the castle with her sister and her father.

Mark said her father worked with architects to design the castle and incorporated his own ideas into the final structure. 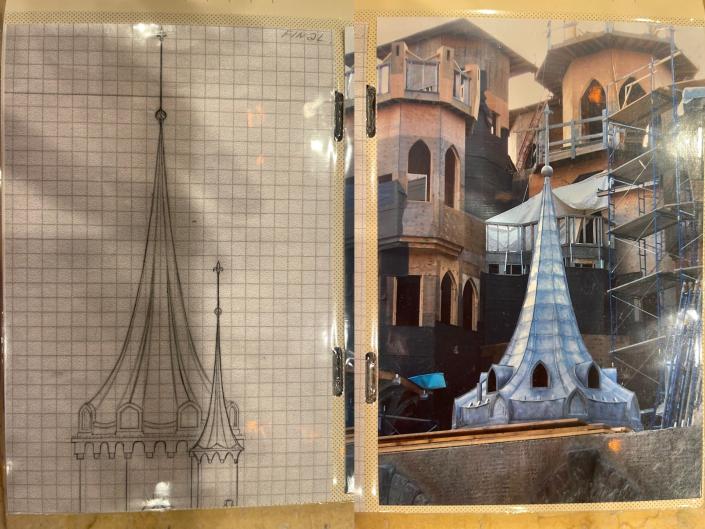 Left: An early sketch of the castle’s spire. Right: A completed spire of the castle.Courtesy of Chris Mark Castle.

The castle has nine bedrooms, seven full bathrooms, and 12 fireplaces. The entire lot spans over 400 acres and includes a 30-acre pond, the listing shows.

“My sister and I, when we were younger, we would dress up like princesses, and he just wanted our dream to come true,” Mark said. 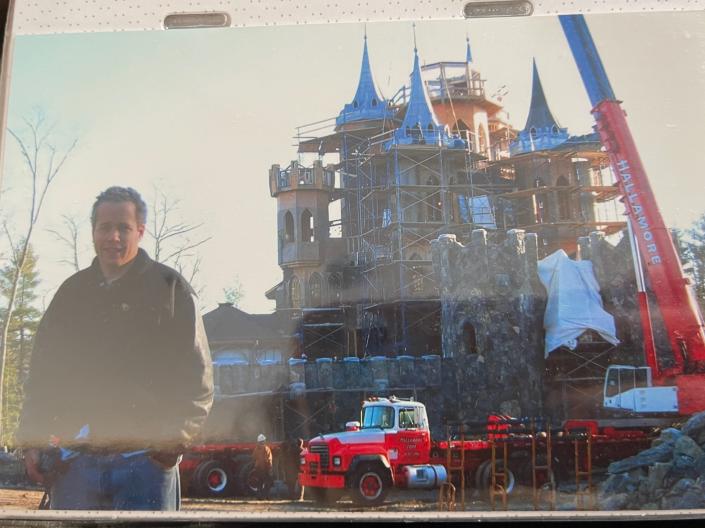 Chris Mark poses in front of his castle.Courtesy of Chris Mark Castle

“Our ancestors have castles in Ireland, so we wanted to keep the idea going in our generation now too,” she added.

Her father collected some of the castle’s furniture from Europe over a period of 30 years. Other interior fittings were specially made for the castle, she said. 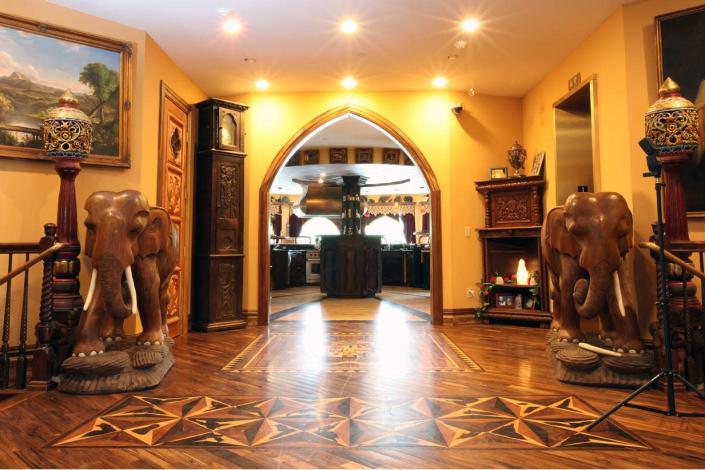 The completed entrance to the castle’s kitchen, which is flanked by wooden elephant sculptures.Courtesy of Compass

“They were handcrafted in my dad’s factory in Putnam. And that’s where he made all of the parts for the castle, in his metal and wood shop,” Mark said.

Mark said she and her sister served as models for some of the sculptures around the house. 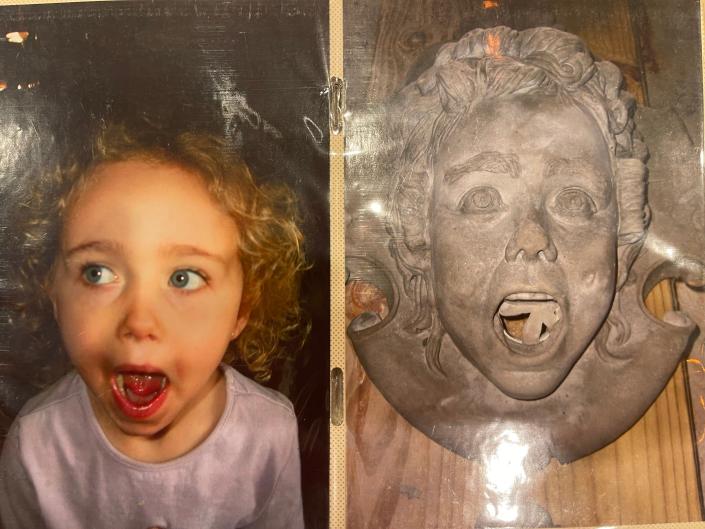 A sculpture in the house is modeled after his daughter’s face.Courtesy of Chris Mark Castle

“All the trimmings in the house are either my sister’s or my profile,” she said.

“When we were younger, we had to open our mouth really wide, so someone could carve our face into clay,” she said.

When it rains, water pours out from the mouths of these carvings, Mark added.

Mark said it took a while to come around to the reality of living in the grand home: “I actually didn’t like the castle at first, because people judged me and just wanted to be my friend because of it. So I would keep it a secret.” 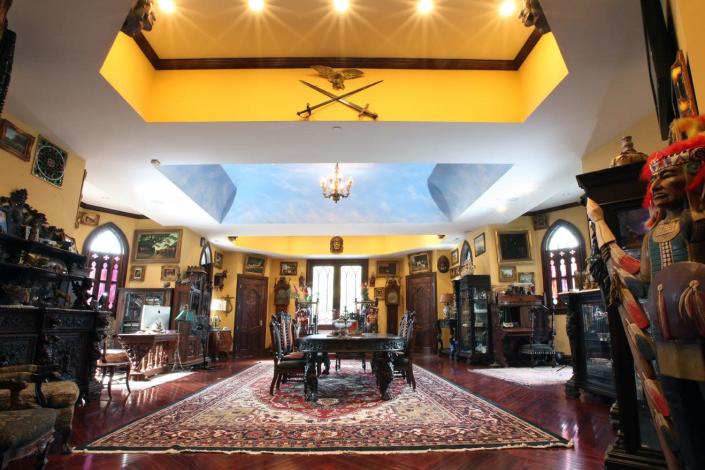 “But since my dad spent so much time building this for our family, I wanted to possibly make it a business in the future. So I wanted to help him out and that’s why I took the year off to help him promote the castle, and get it some exposure,” she added.

Mark now runs a TikTok account dedicated to giving an inside look at the castle’s design and features. The account has 342,000 followers.

A quick look at the photo gallery on the castle’s website shows that it has been used as a set for a car photoshoot as well as a music video.

The castle has seven floors, with a spiral staircase that goes up six stories, Mark said. 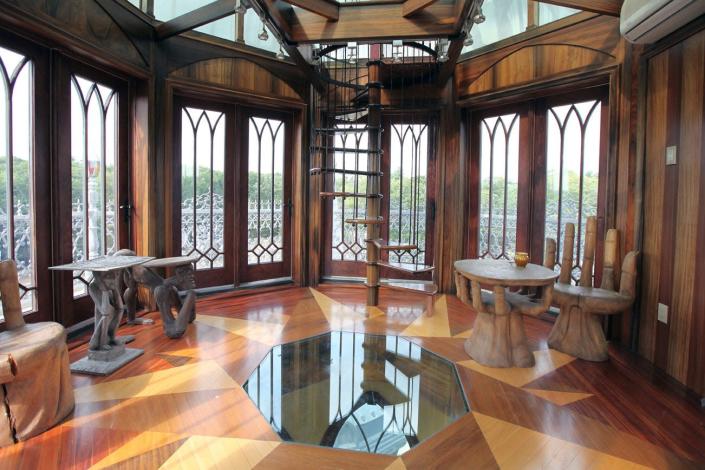 An interior shot of a room in the main tower of the castle, with the spiral staircase and a glass floor.Courtesy of Compass

“There’s a bunch of features that I love, but probably the most shocking is the glass dome at the top,” she said.

“Because when you’re up there, it’s all glass and you can see three floors down because there’s glass in the three floors below it, too,” she added.

Mark said her father wants to sell the castle now because she and her sister are going to college. 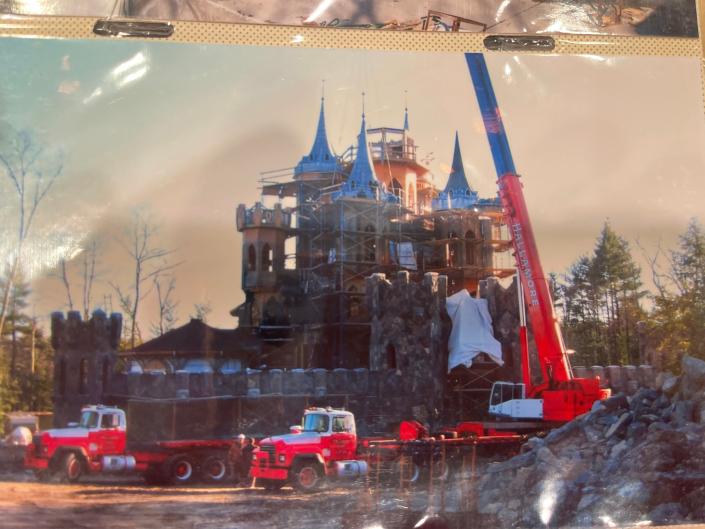 “It’s because my sister is in college and I’ll be going to college next year. We’re moving out, and he doesn’t want to just be there by himself if we’re not using it,” she added.

As the castle looks for its next owners, there’s a particular profile of buyers that might fit best.

“This property is an optimal fit for a person who wants a lifestyle change: not an ordinary run-of-the-mill home or estate, something unique and exceptional,” Pizzi, the listing agent, told CT Insider.

Read the original article on Insider