A Chicago firefighter critically injured in an apartment fire in Belmont Central last week has died.

“We ask that everyone keep the family in their prayers,” Merritt said. “It’s tough to lose a loved one under any circumstances — especially hard during the holiday season, which should be a time of celebration.”

Plummer had just celebrated his one-year anniversary with the department when he was injured while battling a blaze at a two-story building just after 2 a.m. Dec. 16 in the 3100 block of North Marmora Avenue, officials said.

Eladio Gomez, 37, died in the fire and another man was taken to a hospital in critical condition, officials said. A woman was also seriously injured.

“I didn’t know him, but there’s no way to put into words what it’s like losing someone,” said a Chicago firefighter who didn’t want to be named. “It’s not easy. It’s just not.”

Firefighters lined up on Harrison and Leavitt streets creating a path as an ambulance carrying the body of Plummer made its way to the medical examiner’s office.

Maria Walker, director of Early Childhood Education at Rush University Medical Center, said she attends a procession whenever she can.

“I have family members who are first responders and I don’t think we do enough for officers and firefighters,” Walker said. “I think this is our opportunity to come and show our respect for them and their families.” 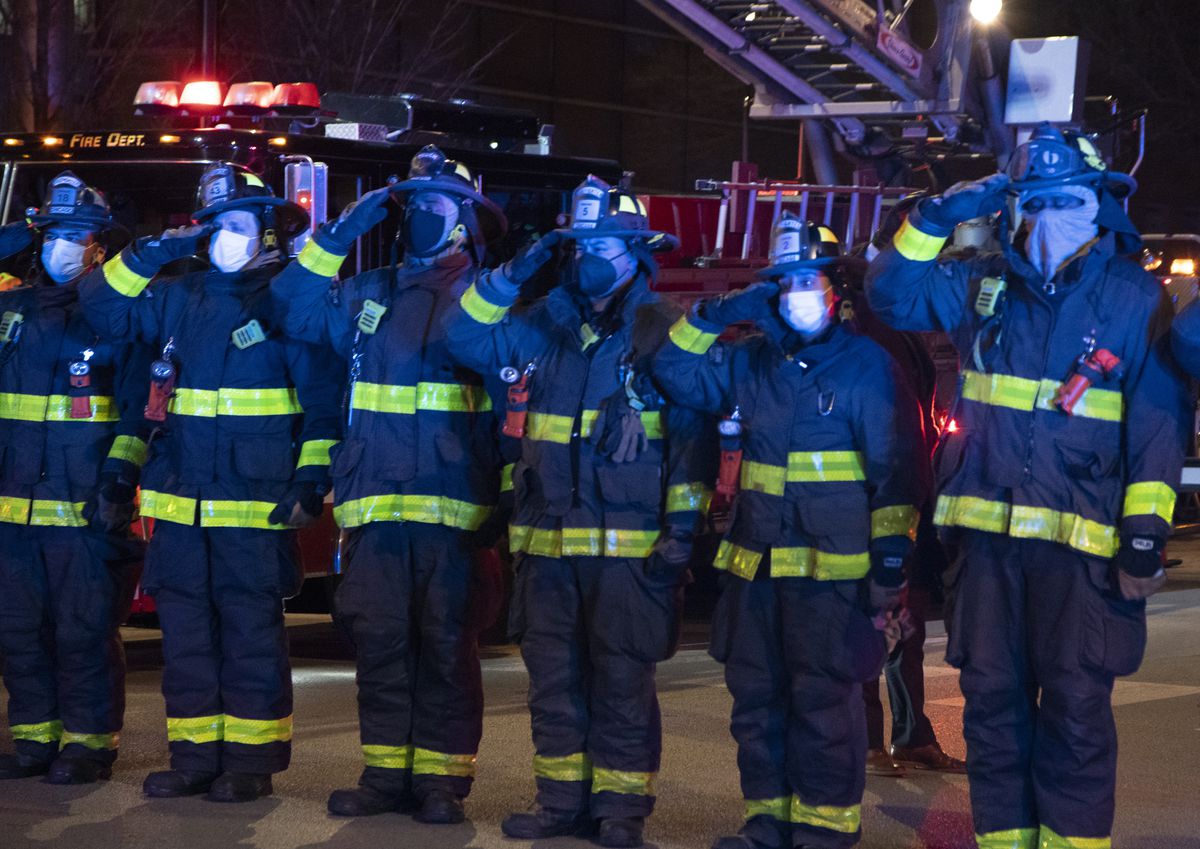 Firefighters and police officers have a procession to honor fallen firefighter MaShawn Plummer.

The last line-of-duty deaths in the department were two firefighters who died of COVID-19 last year.

Edward Singleton, a 33-year veteran of the department, died April 14 from complications of COVID-19. The 55-year-old worked at the firehouse at Midway Airport and leaves behind a wife and two adult children.

One week earlier, Mario Araujo became the first firefighter of the department to die from the coronavirus. Araujo, 47, joined the fire department in October 2003 and spent most of his career on Truck 25, which operates out of Engine 102 in Rogers Park on the North Side. He was single.

In May of 2018, diver Juan Bucio died while searching for a missing boater in the Chicago River. Bucio, 46, lost contact with his dive partner during the search. Bucio was briefly a Chicago police officer before joining CFD, moving to the dive team as soon as he could.