Listening to B&O’s $8,000 soundbar made me think about Mother Earth

Sustainability is a big theme at IFA this year, but every company has a different idea of what the term means. For Bang & Olufsen, it’s the ability to use your (very expensive) new soundbar for literally decades, thanks to a deliberate focus on upgradability and serviceability. Oh, and the sound is not bad either, ensuring you won’t feel the need to upgrade anytime soon.

Let’s get it out of the way: the B&O Beosound Theatre costs as much as a decent used car. It goes up to $7,990, which puts it out of reach for all but the highest strata of the market. So how does B&O justify that asking price?

First, it’s the sound quality. We were given a demo of the Theatre at a swanky presentation space B&O had set up in downtown Berlin. The first part of the demo consisted of the soundbar playing music across five genres, ranging from a classical piece to a vocals-oriented cover of I Was Made For Loving You by Maria Mena, and culminating in a hair-raising rendition of Rammstein’s Adieu. Even with the brief time allotted to this part of the demo, we were impressed with how balanced the soundbar was, how crisp the instruments were separated, and how clear the vocals came across. It was truly a high-end listening experience.

Next, the B&O rep played us a clip from Bohemian Rhapsody (the 2018 movie starring Rami Malek) to highlight how the Theatre reproduces voices. B&O’s goal was to address the growing issue of imbalanced and uneven voice reproduction that can happen when you mix-and-match content, streaming services, and hardware, which forces many users to rely on subtitles. 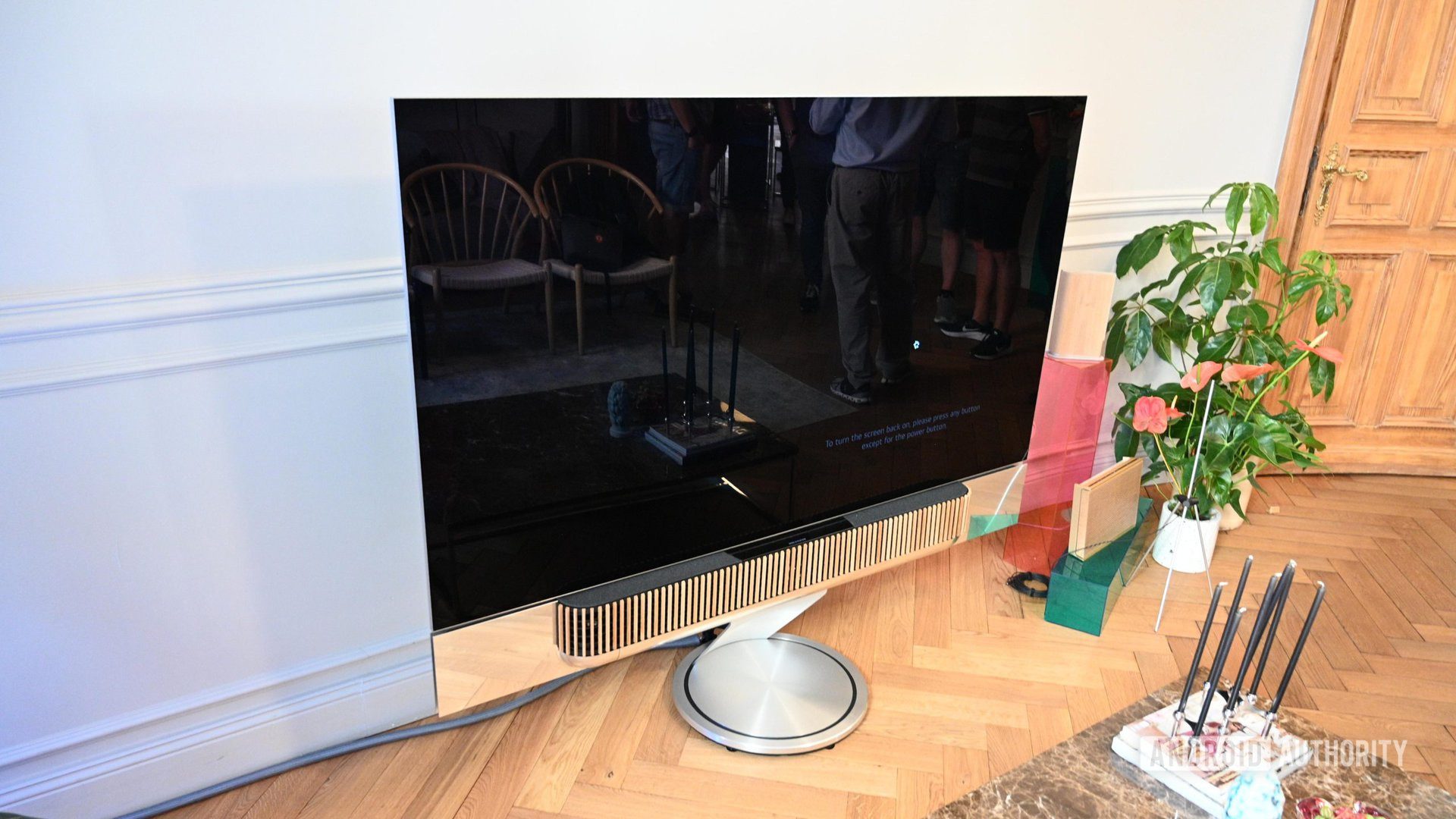 For the final part of the presentation, B&O hooked up the Theatre to two extra speakers set up behind us. The goal was to demonstrate the system’s modularity and how the soundbar interoperates with other speakers to render the best surround experience possible. To show this, B&O used the opening car chase scene from James Bond: No Time To Die, which is heavy on tire-screeching, gunshots, and suitably rousing music. The most interesting bit was the part where Bond and his costar sit in a bulletproof Aston Martin while the baddies riddle it with bullets. We could clearly hear bullets thudding against the car from different directions depending on the scene, which really added to the viewing experience.

Also read: Everyone’s a winner in IFA’s race for the biggest TV

The Beosound Theatre sounds impressive, but the technology and the long-term thinking behind the device is probably the most interesting part about it. For one, this product is compatible with speakers going back decades, meaning owners can plug it into their existing setups with minimal hassle. It’s also forward-looking: the manufacturer says the product will be upgradeable for at least decade, in both hardware and software. The soundbar actually runs Linux and B&O says it will provide software updates and connectivity improvements throughout the product’s lifetime. To accommodate future updates, 50% of the system’s computational power currently goes unused. 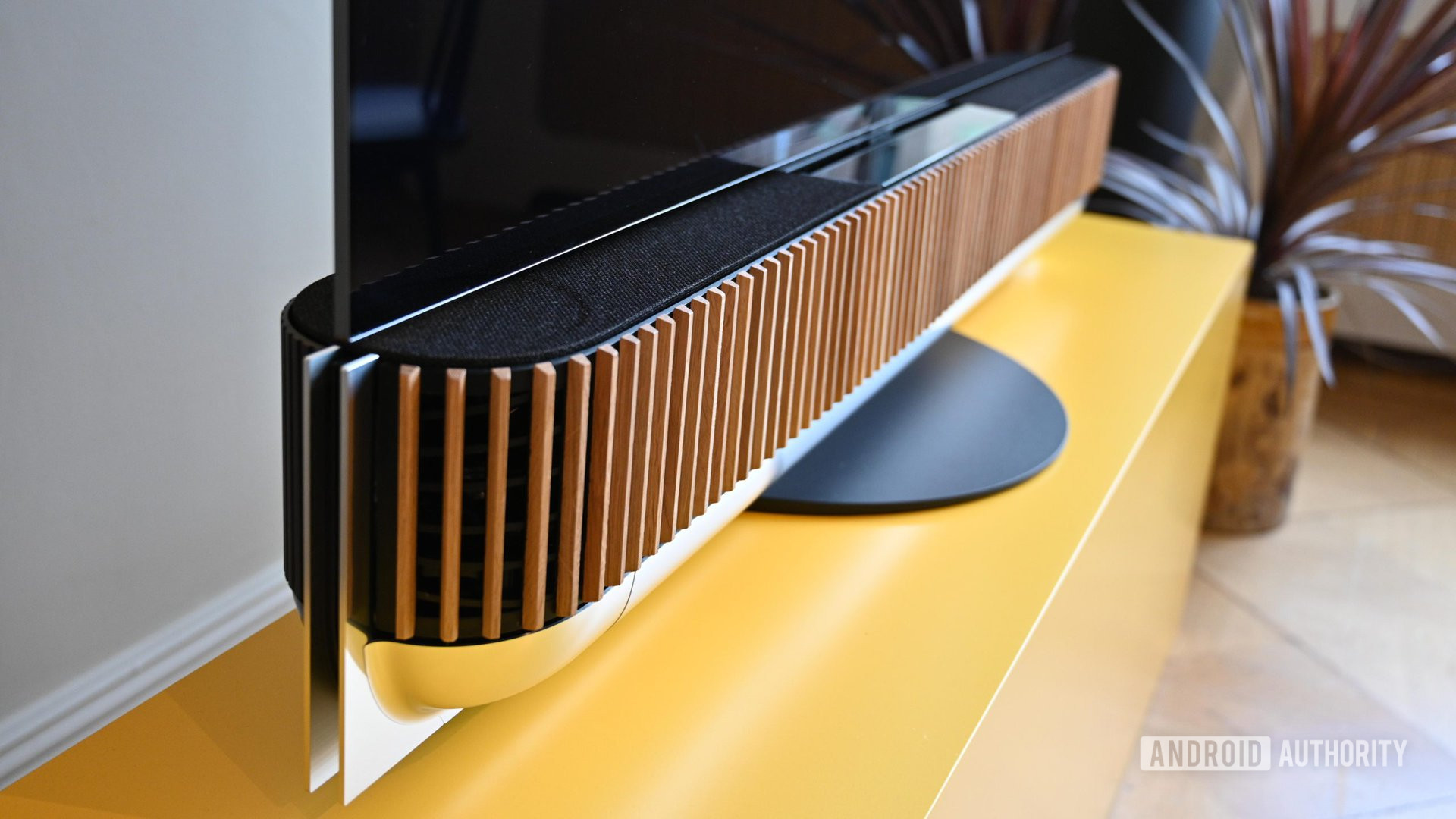 Of course, soundbars are supposed to be used together with TVs. The Theatre features a modular design that can fit just about any screen size from 55 inches to 75 inches. The soundbar can be placed on the ground, mounted on a wall, or mated with a TV and placed on a motorized stand that rotates to adjust to the user. Users can switch TVs or mounting methods themselves, using commonly available tools, as the system is designed with upgradability and modularity in mind.

The design is elegant, yet inconspicuous. The higher-end version (seen in pictures throughout this article) features a mid-century-modern-like wooden grate that’s inspired by sailboats.

To wrap it up, the Beosound Theatre’s high price tag makes it inaccessible to most people, the author of this post included. I won’t ever be able to justify spending $8,000 on a very fancy speaker. But I can acknowledge that some of that money would go towards a noble goal: making consumer electronics a little less disposable and a bit more sustainable.

If you can buy one product “for life,” rather than “upgrade” every few years, you’re saving future-you some cash and sparing future-Earth a bunch of pollution. That’s a good mindset to have when you’re shopping for devices, even when they don’t cost a small fortune.

Marketing Conferences That Will Help Entrepreneurs Grow Their Business