Reaction to 4-year-old child forced to leave school for not wearing a mask: ‘Completely baffling’

Speaking on Saturday during a “Fox & Friends Weekend” segment, Jennifer Sey, a former Levi Strauss & Co. executive, reacted to the news that a four-year-old child recently was asked to leave a preschool because he would not adhere to mask-wearing rules.

“I think it’s illustrative of the fact that we’ve put the most onerous restrictions on very small children all the way up to young adults since the very beginning,” said Sey, a mother of four.

“We treat them as if they’re the most dangerous among us,” she added, “when the fact is they’re least at risk from serious illness.”

Sey noted, “A four-year-old is learning to speak, learning to connect with his peers — and a mask impedes that. You can work at Google, and there’s no vax mandate anymore,” she also said, referring to the COVID vaccine.

“And you don’t have to wear a mask [there]. But a four-year-old gets kicked out of preschool.”

A child in a mask, held by a parent, is shown receiving a vaccine.
(iStock)

As Fox News Digital recently reported, the father of a 4-year-old California boy in transitional kindergarten said school officials called the police this past Thursday to boot his son from class over the young child’s refusal to adhere to a district mask policy.

The father, named Shawn (who requested that Fox News Digital not use his last name), said he opposed the Mountain View Whisman School District mandate.

“We’re obsessed with children being the risk factor, the major risk factor.”

The child, who was not named, was in class on Friday after the district relaxed the policy during a Thursday meeting.

“He was inconsolable for about two hours.”

Sey added on Saturday on “Fox & Friends Weekend” about the case, “It’s completely baffling to me … We just have treated children — we’re obsessed with children being the risk factor, the major risk factor.”

“And I don’t understand it,” she also said, “because they have the most to lose from these ongoing restrictions as well — developmentally, educationally, emotionally.”

KIDS’ MASK USE ‘SHOULD NOT BE FORCED,’ STUDY AUTHORS ARGUE

Sey, who lived in California, has been working on a documentary detailing the long-term negative impacts of school closures and lockdown policies on kids.

“My grandkids who are school-age said they never knew if someone was smiling at them or not.”

“I wanted a recording of what happened to kids, both in the most dramatic instances, but also in the everyday instances,” she said, explaining why she undertook the project.

“The scale of this is — just mind-blowing to me, how many kids were impacted.”

She commented on “the learning loss, the mental health impacts, kids who didn’t graduate from high school, kids who weren’t able to play sports — and therefore couldn’t get recruited and can’t afford college otherwise.” 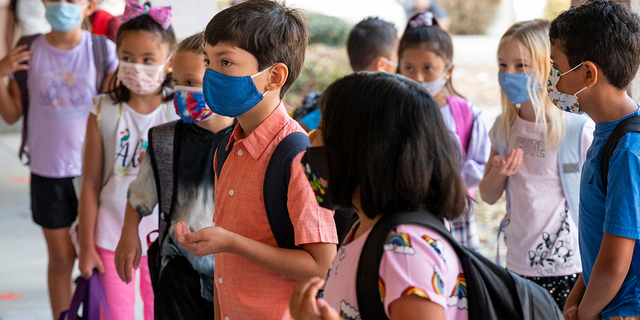 Many American kids in a variety of states have had to endure mask mandates throughout the pandemic.
(Getty Images)

She noted that she was in New York “interviewing a young man who graduated from Long Island City High School, a football player. He gained over 100 pounds during COVID because he was isolated in his home and he was unable to get recruited for football. And now he doesn’t know what he’s going to do.”

On Thursday, the school board of the Mountain View Whisman School District held a meeting in which they discussed — and then relaxed — the mask policy, Fox News Digital reported earlier. 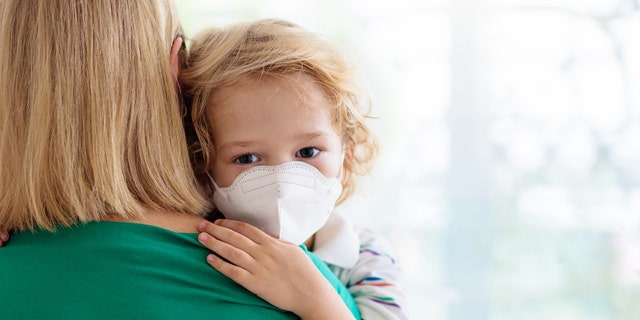 Family with a child in a face mask. One grandmother called the masking of little kids “an insanity.”
(iStock)

Starting this past Friday, the district said it would be moving to a “masks optional” policy for students, Superintendent Ayindé Rudolph said during the meeting.

“It is the parents who should decide for their child, not the government.”

In a statement sent to Fox News, Rudolph, who has been superintendent since 2015, said he understood both sides of the mask issue but said filming the encounter — which the father did, including the principal’s explanation about why the boy had to be removed from the school campus — went too far.

A grandmother of six previously told Fox News Digital about the masking of children in schools, “This is an insanity, a delirium.”

“The loss of education [over] the last two years, added to the mental stresses of masking — my grandkids who are school-age said they never knew if someone was smiling at them or not — is already unacceptable.”

Also, an Iowa grandfather of three small children also weighed in, noting, “I am totally against this. It is the parents who should decide for their child, not the government.”

Some parents have said that the decision to send their kids to school in masks — or not — is a personal one that individual families should make as they see fit.

Louis Casiano and Deirdre Reilly, both of Fox News Digital, contributed reporting to this article.