Big Time Rush is in big time trouble — at least on Twitter — because users are outraged over the title of an old song, which some label as ableist … now invoking Beyoncé and Lizzo.

Here’s the deal … the one-time boy band of the 2010s has recently reunited to put out new music — and one of their fan fave vault songs that they’re itching to release is called “PARALYZED,” which has been leaked before, but never officially included on an album.

Now, they’re saying they’re gonna do it for real … and have been teasing their fans with when and under what circumstances they’ll do it.

We’re so happy to see that everyone across the globe are now able to enjoy all our music.

But the real question. How badly do you want us to release PARALYZED?
🙋‍♂️🙋🏼🙋‍♀️

On Saturday, they tweeted … “We’re so happy to see that everyone across the globe are now able to enjoy all our music. But the real question. How badly do you want us to release PARALYZED?” They encouraged their followers to get “PARALYZED” trending before they put it out … but so far, haven’t. The track’s only on Sound Cloud (in an unofficial capacity).

If you listen to it and read the lyrics … it’s a fairly straightforward, seemingly innocuous song about a girl who’s got the boys stunned and frozen, AKA paralyzed, because of how attractive she is. Essentially, they’re smitten … but they’re playing up the paralyzed angle.

They even stutter some of the words they’re singing, and that’s where things turn problematic.

Some argue the song in general is an issue and offensive to paralyzed people — and it’s here where Bey and Liz are getting roped in … with accusations of racism flying.

Hop into the “Lizzo and Beyonce” trend right now, and you’ll see all the discourse going on. Basically, some say that those who were up in arms over the female artists using the word “s***” in their songs and demanded they remove it should be doing the same for BTR.

Currently, #PARALYZED is trending as fans of Big Time Rush are asking them to release this song. I’m not seeing the same white disabled influencers calling them out for ableist language as they did with Lizzo and Beyonce.

As a Black woman wheelchair user, I ain’t surprised. pic.twitter.com/elDTD32aW5

The argument boils down to … some in the ableist community and/or their allies are actually just racist — because they made a big stink when 2 Black women innocently used the term — which was popular and in regular use pre-2010s, frankly — but when a bunch of white/white-passing dudes are more on the nose … there seems to be crickets in terms of indignation.

Not everyone is buying that though — because, yes, it’s very accusatory and makes a lot of conclusions based on … nothing but perceived reactions on Twitter, which is kind of silly. 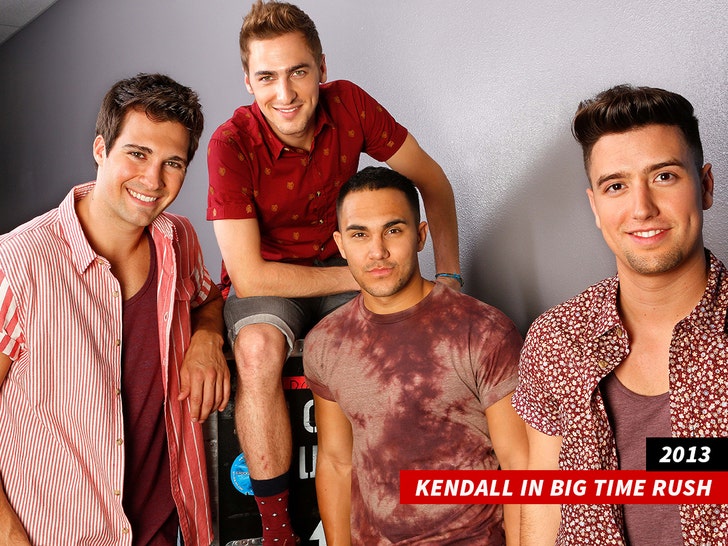 The point … some see a double standard between Lizzo/Beyonce and Big Time Rush — and are apparently mad that there isn’t more of a push to get BTR to change or nix their song entirely. Whether that double standard is actually real or not is in the eye of the beholder.

Just another day on the bird app. 🙄