His father, Rudy Malnati Sr., became a pizza authority while working at Pizzeria Uno, which claims credit for inventing of the city’s iconic deep dish-style pies in 1943.

His mother, Donna Marie, was the doughmaker extraordinaire behind the family’s creations.

The family was a pizza dynasty, and Rudy Jr. was proud to carry on his family’s legacy.

But if there was room for another passion, Rudy Jr.’s was the Chicago Air and Water Show, which he directed for 30 years.

“It was his baby,” his wife Annette Malnati said Saturday.

Malnati died Christmas Eve at his Lake Forest home after a private five-year battle with gallbladder cancer, his wife said. He was 65.

Rudy Malnati Jr. with his daughter Holly, wife Annette and son Rudy in 2017.

He attended every Air and Water Show since its creation in 1959, Annette said. As a boy, he would marvel at the display and later ran errands for the man who directed it before succeeding him in the job under former Mayor Richard M. Daley.

Knowing this year’s show was likely his last, Malnati scaled back his chemotherapy treatments to be sure he would have enough energy for its planning. Through the last two years of his illness, when the cancer progressed to stage four, he never stepped away from his work.

Malnati had also coordinated the air shows in Milwaukee, in Gary, Ind., and Rockford. He was so respected by the pilots, his name so synonymous with the events, that he was an honorary member of the Navy’s Blue Angels and the Air Force’s Thunderbirds.

Shocked by his death because he had kept his diagnosis a secret, team members of the two squadrons reached out to Annette one by one to offer their condolences, she said.

“He chose not to make it known because that wasn’t his focus,” Annette said. “He didn’t have time for people to feel bad for him or the pity party.

“The Chicago Air and Water Show is his legacy,” she continued. “He’s the reason that Chicago has that show. He’s always been the one behind the scenes, which is great because he didn’t need to be in the limelight.” 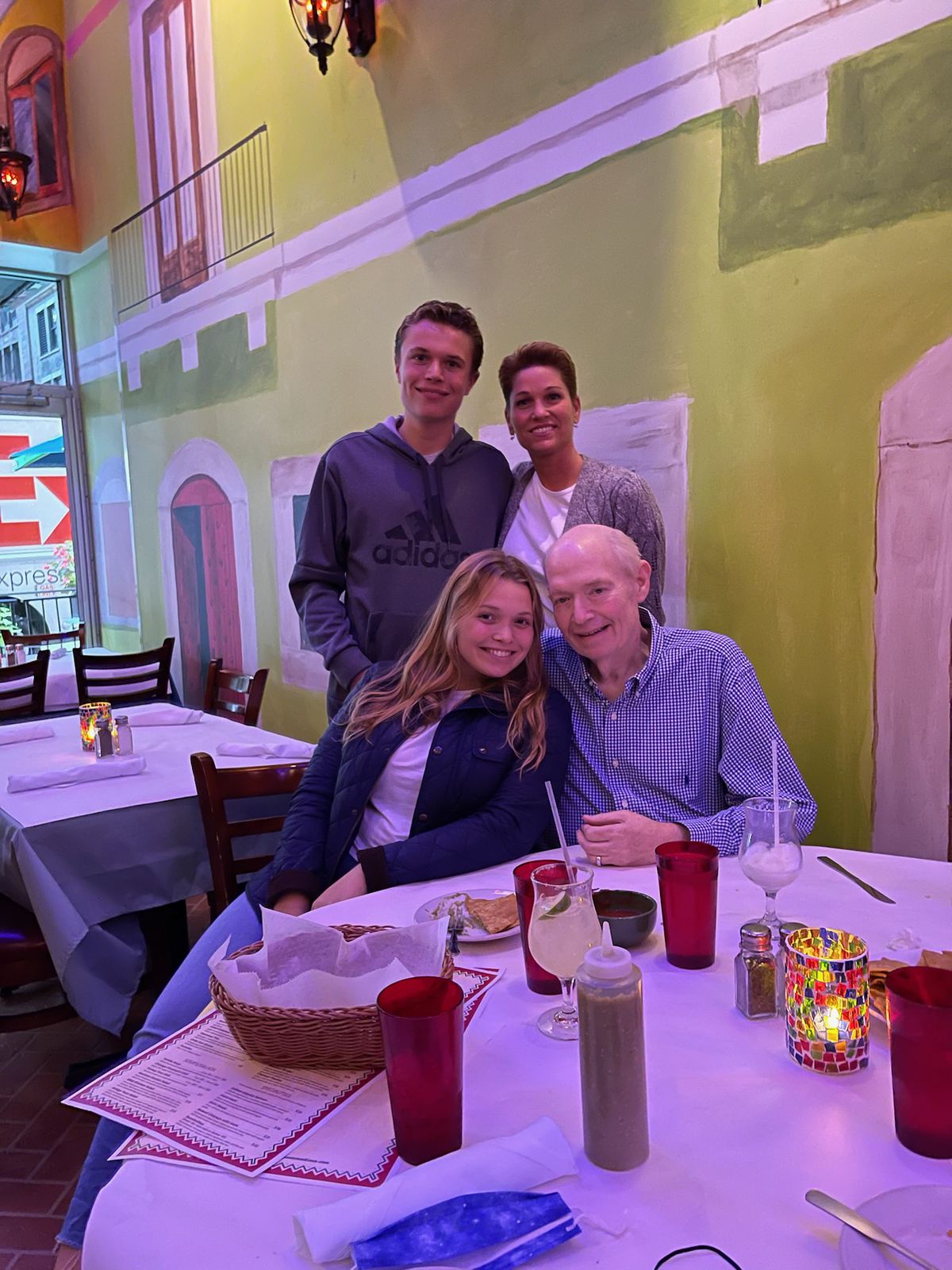 The Malnati family gathers at its newest restaurant, Amigos, in September 2021.

A baseball encyclopedia and softball league overseer during his time with the Chicago Park District, Malnati had also made close friends among the Major League Baseball umpires fraternity. Umps would visit Pizano’s when they were in town and flew in for his mother’s funeral in January of last year.

“The multitude of friendships that he has and the people he’s impacted over his lifetime, it’s just incredible,” Annette said. “People from all different industries are just reaching out and saying, ‘No, this can’t be.’”

Malnati was proud of his family’s deep dish history, yet also found gratification in his own thin-crust pie at Pizano’s — despite his mother’s insistence that her celebration of life not feature “that damn thin-crust pizza,” which she helped create.

He was often busy with long hours at work, but he made sure not to miss one of his kids’ performances or important family events. Even when cancer took its toll on him the past couple years, he’d be sure to take part over Zoom.

“I’ve never had more fun with someone,” Annette said of her late husband. “Chicago’s going to miss out on him because he is a true Chicagoan.”

Malnati’s father died in 1974. His brother Robert and half-brother Lou also passed before he did. He’s survived by Annette and his children, Holly and Rudy.

Visitation is scheduled for Wednesday at the Donnellan Family Funeral Home in Skokie. A funeral Mass will be held the next day at Holy Name Cathedral.