A closed restaurant in Tampa, Fla., last month. Millions remain out of work as high coronavirus case counts have prompted restrictions on businesses and stay-at-home orders.Credit…Eve Edelheit for The New York Times

The economic recovery has sputtered in recent months. Government data released on Friday is likely to show that it stalled out almost completely in December and perhaps went in reverse.

Forecasters surveyed by the financial data provider FactSet expect the Labor Department’s monthly report, the last of Donald Trump’s presidency, to show that employers added about 100,000 jobs in December — a decent report in normal times, but a pittance relative to the net loss of nearly 10 million jobs since the start of the pandemic. And many economists think the report could show the first outright loss of jobs since the recovery began in May.

The new year won’t bring much relief, at least right away. The virus is still raging out of control, causing cities and states to reimpose restrictions on businesses and leading consumers to pull back on activities that could put them at risk. Many forecasters expect more weak economic data for January and February.

“I can’t see that the labor market is going to get a whole lot better until we get the pandemic under control,” said Erica Groshen, a Cornell University economist and a former commissioner of the Bureau of Labor Statistics.

Congress last month passed a $900 billion relief package that will provide temporary support to households and businesses and could bolster the broader economy. In the longer run, the distribution of coronavirus vaccines should allow the return of activity that has been suppressed by the pandemic.

But both the vaccine and the aid came too late to prevent a sharp slowdown in growth.

“We did have a pullback in the economy,” said Michelle Meyer, head of U.S. economics at Bank of America. “If stimulus was passed earlier, maybe that could have been avoided.”

The lost winter could have lasting implications. Temporary furloughs have increasingly turned into permanent layoffs as the pandemic has dragged on, and tens of thousands of small businesses have closed for good. Millions have joined the ranks of the long-term unemployed, and in recent months many have left the labor force. 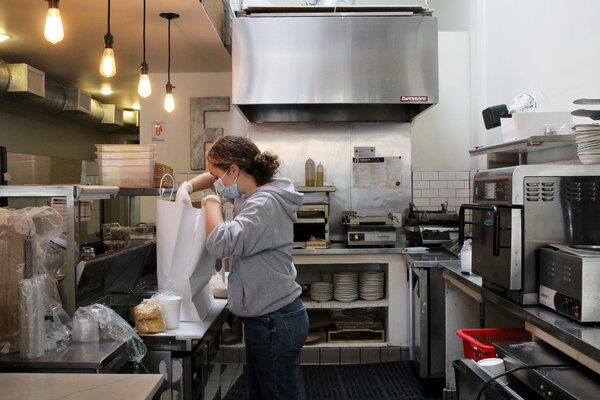 Farley’s East in Oakland, Calif., was able to stay open with help from the Paycheck Protection Program. Small businesses are waiting for details about the next round of lending aid.Credit…Nathan Frandino/Reuters

The federal government released updated rules for lenders just before midnight on Wednesday for the next round of Paycheck Protection Program lending, but it did not set a date for when it expects to begin taking applications.

Lenders anticipate the program could restart as soon as next week. Last month’s stimulus package included $284 billion for new loans through the small-business relief program, which ended in August after distributing $523 billion to more than five million businesses. In this next round, the hardest-hit business — those whose sales have dropped at least 25 percent from before the pandemic — can qualify for a second loan. First-time borrowers will also be eligible for loans.

The Small Business Administration, which runs the program, plans to give small lenders a head start. In its first two days, the program will accept loan applications only from community lenders like Community Development Financial Institutions, which specialize in working with low-income borrowers and in areas underserved by larger lenders.

For second loans of more than $150,000, applicants will need to provide their lender with records proving their sales have declined. Lenders will need to do a “good faith review” of those documents, but will be allowed to rely on borrowers’ certifications that their claims are accurate — a win for lenders, which are concerned about being held liable for fraudulent claims.

For smaller loans, borrowers will not need to provide their sales records as part of their application, but the S.B.A. can request them later.

The S.B.A. is scrambling to release a variety of relief measures included in last month’s stimulus bill, including a $15 billion grant program for music clubs, theaters and other live-events venues. The agency has not yet released any details on that program, and it will not start until after President-elect Joseph R. Biden Jr. takes office. 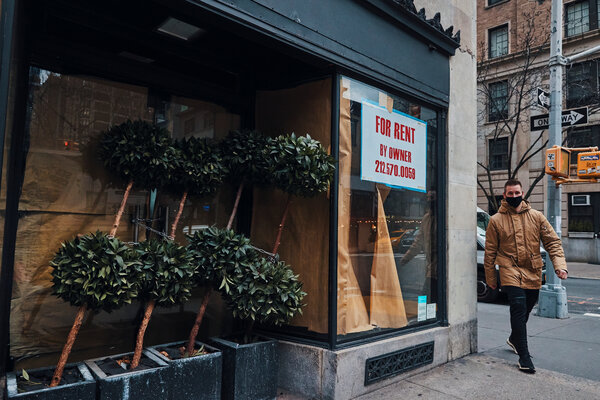 Commercial space for rent in New York City. Stay-at-home orders and other restrictions have left millions without work as businesses close.Credit…Mohamed Sadek for The New York Times

A handful, including New York, Texas, Maryland and California, say they have started sending out the weekly $300 supplement that was part of the legislation, while others like Ohio say they are awaiting more guidance from the U.S. Labor Department.

Michele Evermore, a senior policy analyst at the National Employment Law Project, said that “at least half of the states should have something up by next week.”

Congress approved 11 weeks of additional benefits, and the entire amount will ultimately be delivered to eligible workers even if payments are initially delayed.

“Any claims for the first week will be backdated,” said James Bernsen, deputy director of communications at the Texas Workforce Commission.

In addition to a $300-a-week supplement for those receiving unemployment benefits, the $900 billion emergency relief package renews two other jobless programs created last March as part of the CARES Act.

One, Pandemic Unemployment Assistance, covers freelancers, part-time hires, seasonal workers and others who do not normally qualify for state unemployment benefits. A second, Pandemic Emergency Unemployment Compensation, extends benefits for workers who have exhausted their state allotment.

This latest round also offers additional assistance for people who cobble together their income by combining a salaried job with freelance gigs. The new program, called Mixed Earner Unemployment Compensation, provides a $100 weekly payment to such workers in addition to their Pandemic Unemployment Assistance benefits. 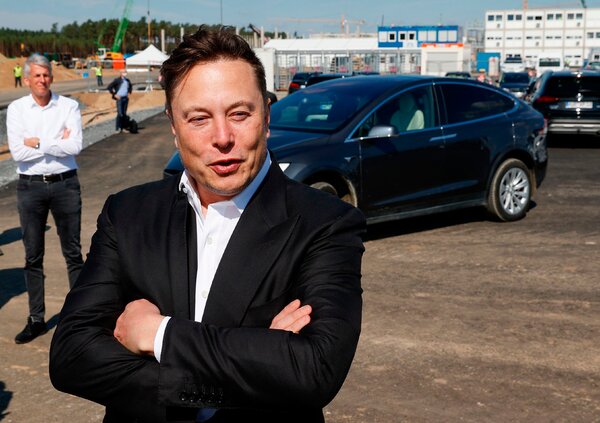