The festival will be dramatically changed in its form from previous years. Taking place over seven days instead of the usual 11, the 2021 festival will showcase 72 feature films, down from around 120 in 2020. The event will be an ambitious hybrid, decoupled from its usual home in Park City, Utah, with mostly virtual events as well as some drive-in screenings in Los Angeles and events at satellite venues around the country.

Yet the program composed of four main competition sections, splashy premieres, the adventurous Next section and oddball Midnight selections still feels an awful lot like Sundance.

“Realizing that we’re going to have to change this year’s festival, to remodel in certain ways, keeping the general shape of the festival is really important to us, all of this was essential to what Sundance is,” said Kim Yutani, the festival’s director of programming. “While this year is completely different, it has been designed in a way to really create a platform for our filmmakers as we normally do and to just ensure that each film that we show really has its moment to shine.”

A still from “In the Same Breath” by Nanfu Wang, an official selection at the 2021 Sundance Film Festival.

(Anonymous / from the Sundance Institute)

Yutani admitted that at the beginning of the submissions process she wasn’t sure what would be available — “Would it be feast or would it be famine?” she said — and it wasn’t until mid-September that a deluge of work came to festival programmers. In all, more than 3,500 feature films were submitted to the festival.

Sundance 2020 was among the last major film events before the world began to shut down. While festivals such as New York, Toronto and AFI Fest have all put on mostly virtual events since the beginning of the coronavirus outbreak, Sundance 2021 may be the first festival in which a large number of the selections were created since the start of the pandemic.

As festival organizers pointed out, even films likely conceived before the pandemic such as world cinema dramatic competition titles “The Dog Who Wouldn’t Be Quiet,” directed by Ana Katz, and “The Pink Cloud,” directed by Iuli Gerbase, take on new shadings when seen now.

“I think that one of the amazing things about film is that the audience makes the meaning to a large extent,” said Tabitha Jackson in her first year as director of the festival. “And so even from a month or so out, things might feel different in January. It’s going to be a new year, it’s going to be a new political administration in this country, the vaccines will be further along, it will perhaps it be a more hopeful time. And the meaning of these films will change again as we watch them.”

Ben Wheatley’s “In the Earth,” coming just months after the release of his remake of “Rebecca,” explicitly makes a worldwide virus part of its story. “How It Ends,” directed by Daryl Wein and Zoe Lister-Jones, stars Lister-Jones as a woman on a journey of personal discovery on the day the world is about end.

In an interview this week, Lister-Jones acknowledged, “I don’t think we would have made this film, this exact film, if not for the pandemic, for sure.” 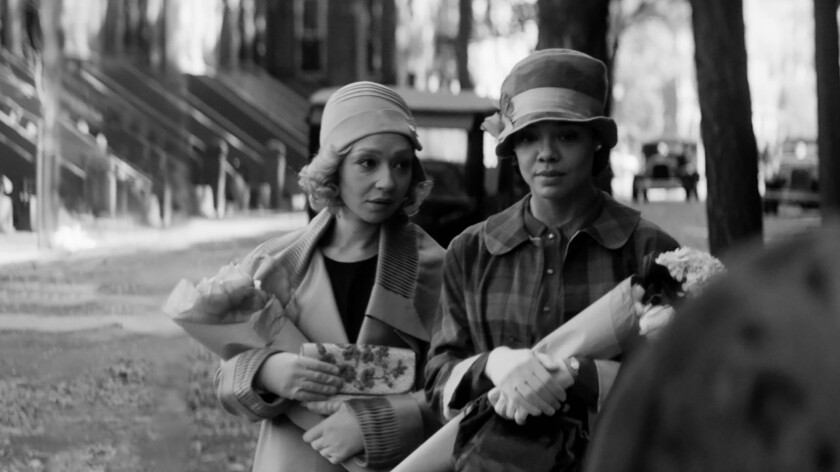 Ruth Negga, left, and Tessa Thompson appear in “Passing” by Rebecca Hall, an official selection at the 2021 Sundance Film Festival.

(Edu Grau / from the Sundance Institute )

Some of the biggest star power at the 2021 festival will be behind the camera, with first-time feature films directed by notable names such as “Land” by Robin Wright, “Passing” by Rebecca Hall, “On the Count of Three” by Jerrod Carmichael and “Summer of Soul (… Or, When the Revolution Could Not Be Televised”) by Ahmir “Questlove” Thompson.

“Summer of Soul” is one of five films set to open the festival on Jan. 28 — a group that also includes Siân Heder’s dramatic competition film “CODA,” an acronym for child of deaf adults, and Nanfu Wang’s documentary “In the Same Breath,” which looks at how the COVID-19 outbreak was handled in both China and the U.S.

Mariem Pérez Riera’s “Rita Moreno: Just a Girl Who Decided to Go for It” looks at the life and career of the EGOT winner. Japanese filmmaker Sion Sono will unveil “Prisoners of the Ghostland,” starring Nicolas Cage. Edgar Wright’s “The Sparks Brothers,” a documentary on Ron and Russell Mael, the brothers behind the long-running band Sparks, will also premiere.

More than half of the lineup this year is from first-time filmmakers.

Yutani said, “I think within that group of first-time filmmakers there are names that you recognize, like Questlove and Rebecca Hall, and then there are filmmakers that you’ve never heard of. That element of discovery is something that we’re really excited about this year. When I think about this crop of films, I would say to people, ‘Expect the unexpected’ because you don’t actually know what these films are until you actually see them. And that is something that I think is so special about this year’s festival.”

When I think about this crop of films, I would say to people, ‘Expect the unexpected.’

Kim Yutani, director of programming, on the 2021 Sundance Film Festival

Having never had a chance to experience the finished version of her recently released film “The Craft: Legacy” with an audience, Lister-Jones is looking forward to even the safe, socially distanced interactions of having the existential apocalyptic comedy “How It Ends” screen at one of Sundance’s drive-in events.

“Because this film is speaking so specifically to this moment on an emotional level, I’m really excited to be able to share that even in a drive-in,” Lister-Jones said, ”because the movie we wanted to create is something that allows people to experience some levity without denying the impact of what we’re all experiencing. We’re all still trying to do our best to live lives and to experience cinema and art as safely as we can. It will be an interesting way to sort of unpack the feelings that this film might bring up for people in that environment.” 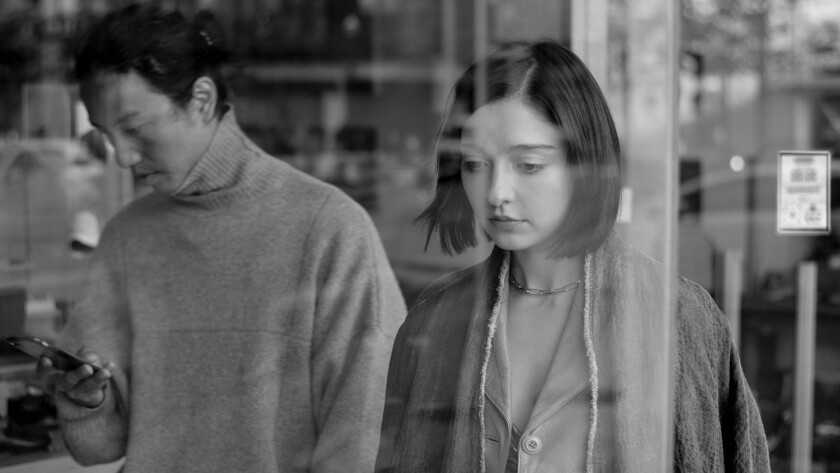 Jackson described the business of figuring out time slots and venues for the movies as typically tricky, but having now become “like four-dimensional Tetris” as festival organizers balance among a virtual schedule, drive-ins and satellite venues.

“These numbers are important in terms of us understanding the world of work and world of makers we are representing in so far as they wish to identify, and not everyone wishes to identify in terms of gender or race or sexuality,” Jackson said. “And so these figures are really about what the filmmakers choose to tell us. And also there is so much more than that. One of the things that we also all need to address as a field is socioeconomic inequality and how that manifests in people who get to make films and get to go into festivals.

“So these numbers are important in terms of accountability and understanding, but they’re not the end point of a curation process,” Jackson said. “They’re kind of a beginning of it.”

How the hunt for COVID-19’s origin became a twisted, confusing mess

The new MAGA land: How the Trumps will now root political goals in Florida