This article was originally published on .cult by Louis Minvielle. .cult is a Berlin-based community platform for developers. We write about all things career-related, make original documentaries, and share heaps of other untold developer stories from around the world.

A guide to separating monkeypox facts from fiction

If you remember our past investigations and analyses, you might remember a curious postulate we put forward: even though their talents are in high demand, it might still be hard for data scientists, developers, and data engineers to know their worth. It’s almost like a brain-teaser: jobs requiring their aptitudes are expected to grow exponentially in the next three years, and high-skilled data science workers might know heaps about Python and the nooks and crannies of data science. Yet, in a swift-paced market and an ever-faster industry, they might not have an inkling about what salaries they should request in 2022.

To untangle this brain-teaser, we decided to analyse our data and create this report on data science salaries in Europe. This will also help employers get clarity on what the market looks like today in Germany, Austria, and the Netherlands.

Does your fintech have global ambitions?

Before you consider expansion, check out our handy checklist

Jump in and take a glance.

There’s almost always a difference between expectations and reality. The expected salary and offered salary for data scientists is one of those special cases. Companies offer an average of €60.8k, and talents’ expectations for a starting salary are €60k. How Salaries Have Evolved Over the Years

It’s always interesting — and important — to glimpse how the average offered salaries change over the years. It helps us understand if they fit the current times and are up-to-date, not only with other economic changes but also in comparison to other jobs. These are some takeaways:

There’s been an unmistakable rise in salaries from 2017 to 2021. (Please note that we don’t have enough data points to accurately examine salaries in 2020).

Salaries offered by companies in 2019 averaged around €59.3k. We suspect this was a correction due to a possible overenthusiastic rise and the job’s likely popularity. But this slight decrease seems to be an anomaly and should not be a deterring factor. 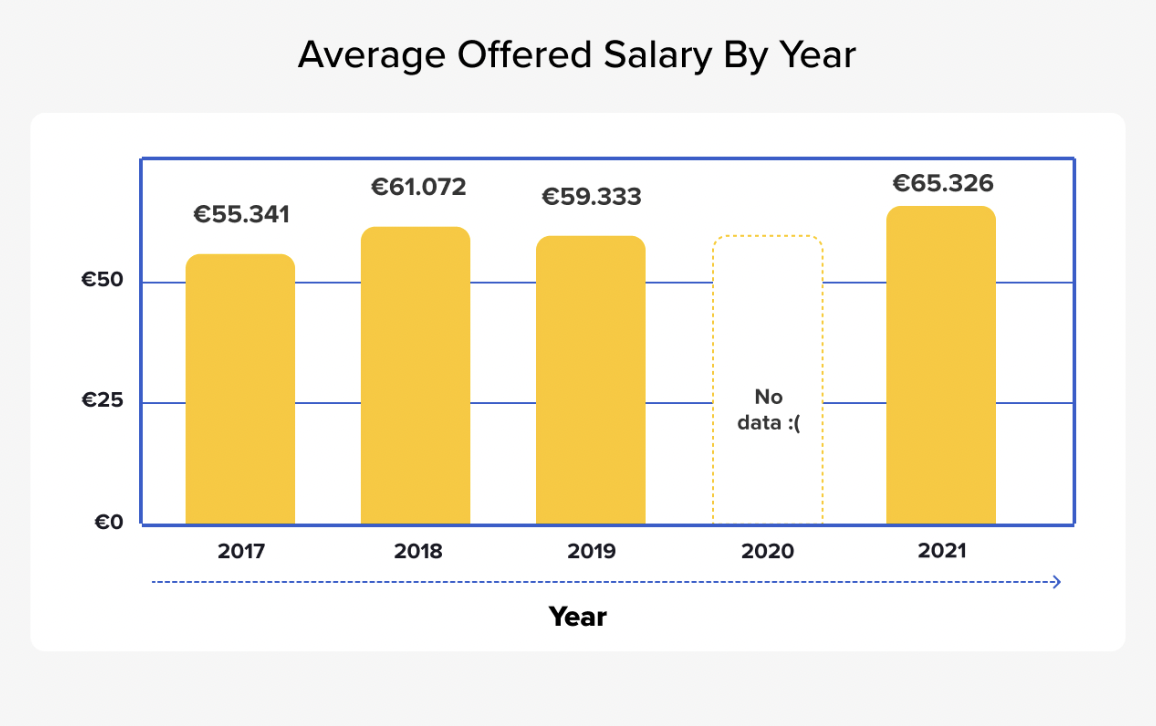 Salaries by years of experience

One of the many conditioning factors that’s considered when deciding what to offer is years of experience. 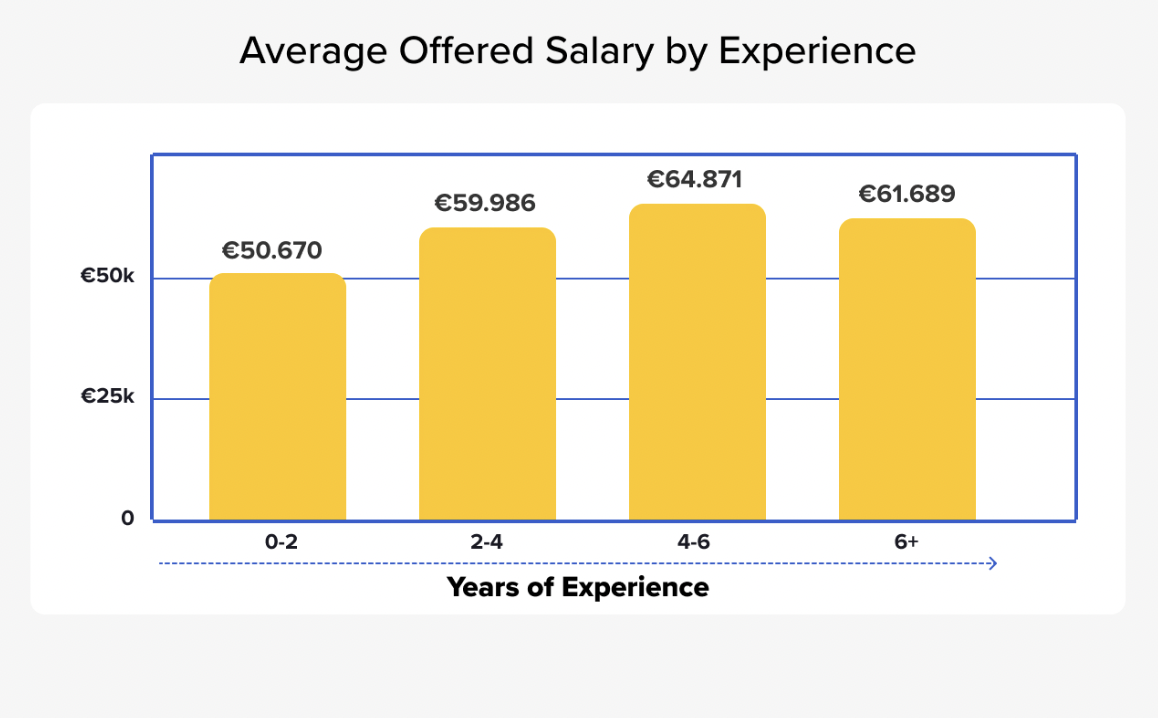 Overall, salaries offered to women throughout Europe are lower than those offered to men.

On average, companies offer men a starting salary of €62k, while they offer women only €55k. 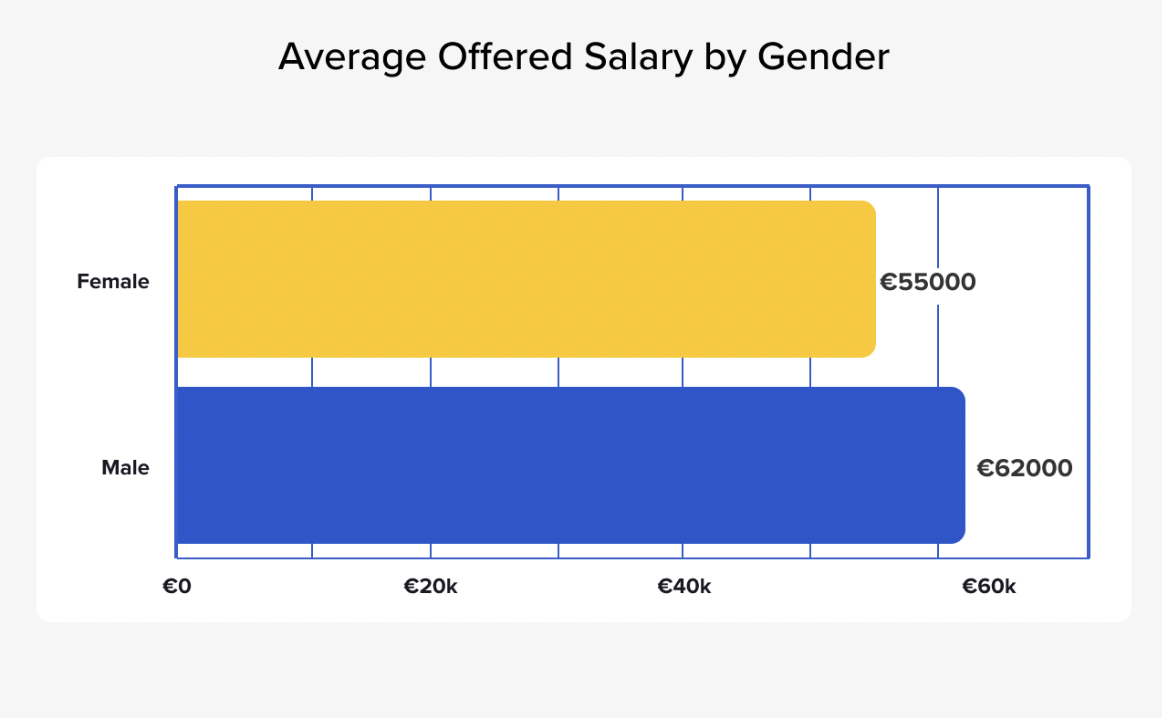 We found out that the highest salaries came from particularly small or large companies, while mid-sized companies offered similar starting salaries on average.

The average offer at companies with less than ten employees is €63k, while enterprise companies offer €65.k on average. 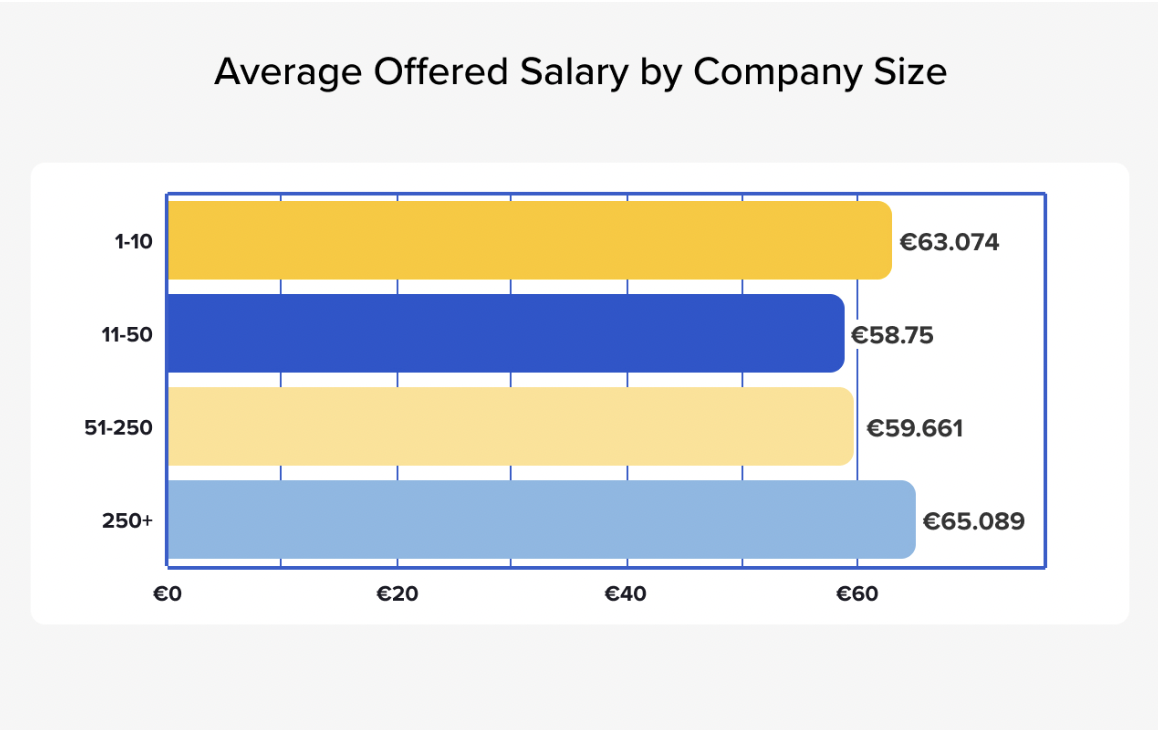 We found that the averagesalary offered in Germany is €61.6k. 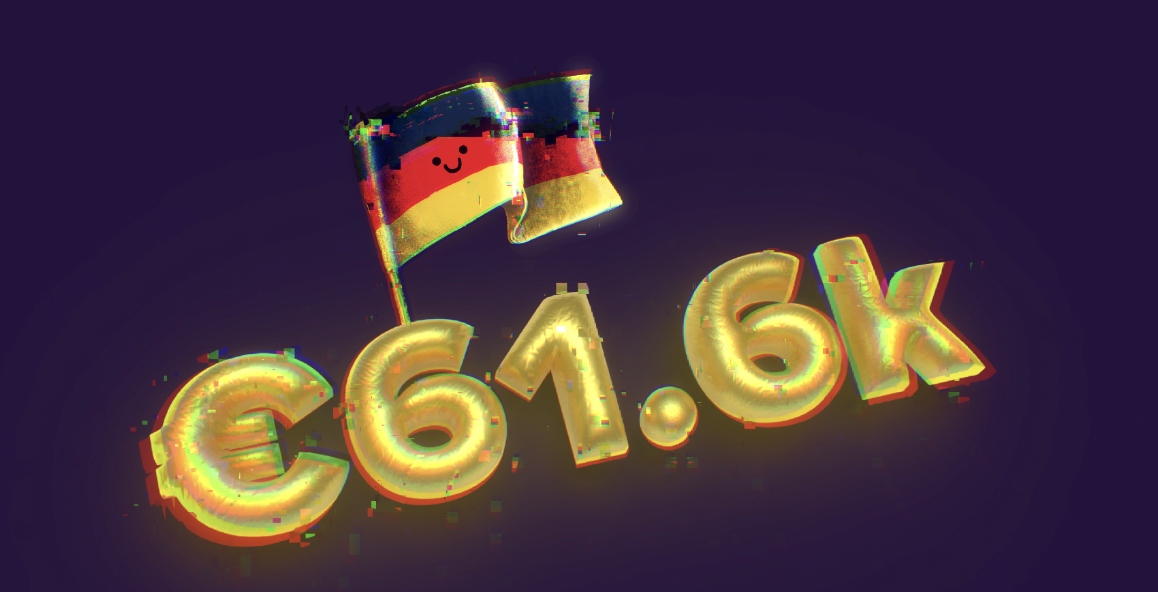 It doesn’t matter if you’re local

We found no significant difference between what companies offer to talent living in the target country as compared to elsewhere in the EU, or even in the rest of the world. 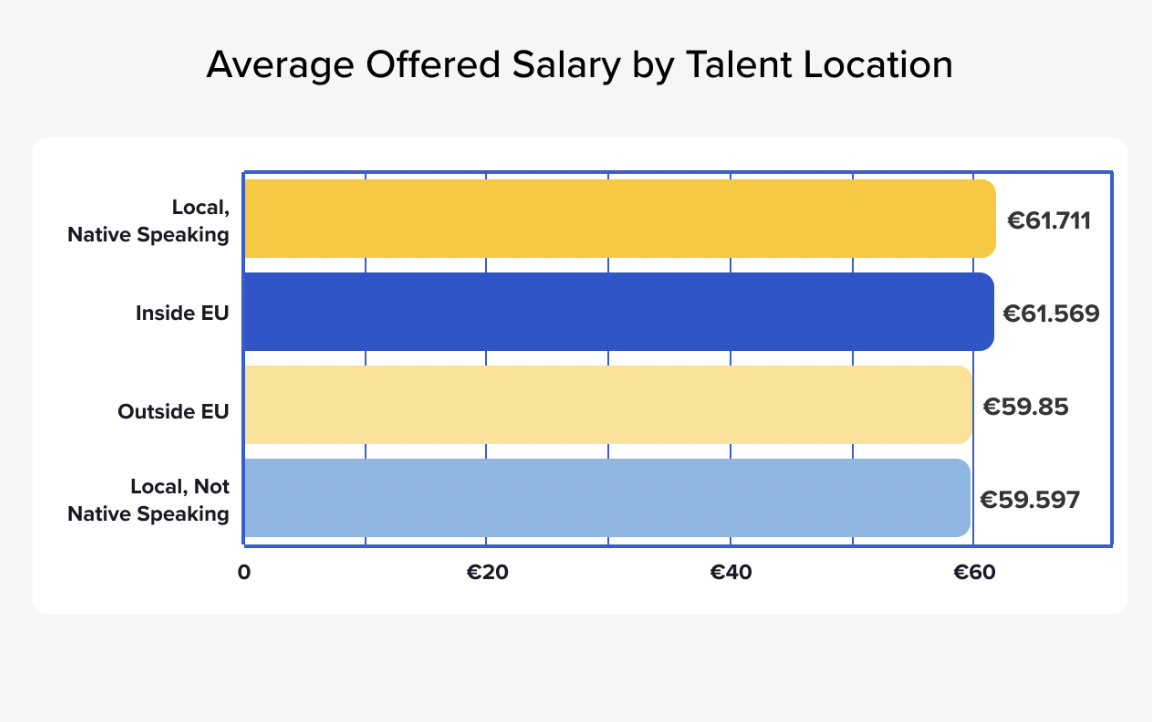 We used salaries specified by hiring companies during the interview process on the Honeypot platform as our key data source.

We removed interview invites sent with missing information (like position title or company location) to ensure that the data can be compared consistently. Furthermore, we also removed salaries that were unusually low or high to get rid of any extreme outliers. An external library was used to determine gender based on the individual’s first name.