Heafford said she felt “a massive feeling of vindication” following the release of a review conducted by barrister Anne Whyte, saying it “completely validated everything that we’d anecdotally known and had been reporting and campaigning on for two years.”

Released Thursday, Whyte’s 300-plus page review concluded that British Gymnastics should have been aware of the “bullying, harassment and excessive control” that occurred in training clubs between 2008 and 2020.

“My own experience was that I was trained by the first Russian that was brought over to the UK in the 90s,” Heafford told CNN’s Amanda Davies.

“I grew up in a Soviet training camp in the heart of the home counties [the counties surrounding London]. It was too bizarre to be believed. So as a kid just at an ordinary state school, trying to explain to my school friends, what my training life was like was difficult,” she said. 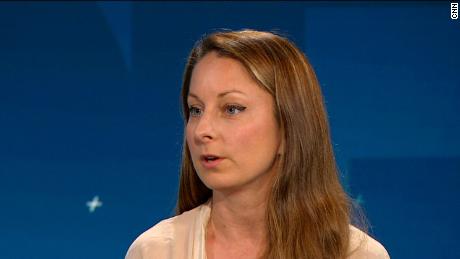 In the report, Whyte highlighted the “recruitment of a significant number of coaches” from the former Soviet Union and the Soviet bloc.

“The technical skill and experience of these coaches, whilst formidable, was sometimes accompanied by an attitude to the gymnast which was autocratic and dismissive and left athletes feeling like commodities,” Whyte wrote, adding that the ability of these coaches to produce decorated gymnasts was admired and later emulated by coaches in the UK.

Heafford says what she experienced in the 1990s mirrors incidents reported to Whyte, who was commissioned by UK Sport and Sport England to review allegations that British Gymnastics failed to address complaints for decades.

Whyte received over 400 submissions and interviewed 190 people after her call for evidence in August 2020.

In response to the review, British Gymnastics chief executive Sarah Powell admitted Thursday that the organization failed the sport of gymnastics and apologized on behalf of the sporting body.

“I wish to accept all of the recommendations and the key findings, and we will work hard to ensure that these are acted upon quickly and robustly,” stated Powell.

“But most importantly, I want to wholeheartedly apologize on behalf of the leadership and the board for those gymnasts who have suffered because we have not met the standards that are expected for our sport.”

Protecting the next generation

“When you do try to raise the alarm as a child and you’re shut down, it makes you think that if you do speak out, you’re not going to be believed,” Heafford, who left the sport in 1995, told CNN.

“From that point on, I never watched gymnastics. I got the hell away from it. And I went into athletics, which is where I had wonderful experiences, and I loved every minute of being a track and field athlete. So it was only when I stopped competing that I started to get PTSD symptoms showing up from my time in gymnastics,” she added.

After distancing herself from the sport for years, Heafford now coaches adults in gymnastics, runs body positive gymnastics classes and campaigns for change in the sport — particularly for the recognition of historic abuse.

Other gymnasts have been vocal in their support of the report’s release. Two-time Olympian Becky Downie, who competed for Great Britain in the 2008 and 2016 Olympic Games, said the report “feels like a vindication for myself and so many who have known for so long of the serious cultural problems within the sport. A sport I love more than anything.”

“Finally everyone knows the truth and while it won’t directly benefit those who have experienced it, it’s encouraging to know that if the recommendations are implemented, it’ll protect and enhance the next generation of gymnasts,” she wrote on Instagram and Twitter. 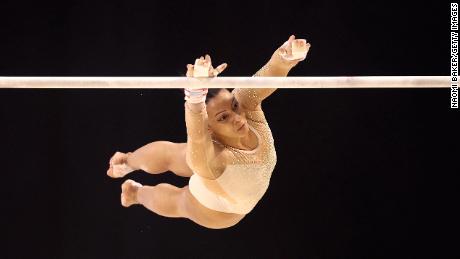 Whyte recommended systemic changes in her review, including calling on British Gymnastics to improve its complaints system by offering better guidance on how concerns should be investigated and strengthening how complaints are monitored so that patterns of abuse can be better recognized.

Whyte also recommended that British Gymnastics reassess the level of responsibility delegated to volunteers and employ trained, expert staff, as well as introducing mandatory safeguarding training for all club owners and managers.

She added that British Gymnastics must appoint board members with expertise in promoting the welfare of children and protecting them from harm, as well as a director of education with responsibility for the education of coaches and welfare officers.

Downie added: “While it’ll never make what has been allowed to happen to myself and so many others ok, it has been made clear us athletes have been heard, and I’m overwhelmingly encouraged for the future of young gymnasts in this country.”

UK Sport and Sport England said they accepted and endorsed the review’s recommendations, and that they would continue to support British Gymnastics.

“At this time, our intention is to continue to fund British Gymnastics, as we believe that withdrawing funding would not only prevent them from implementing the vital changes outlined in the report but also negatively impact on the support to and wellbeing of gymnasts now,” the joint UK Sport and Sport England statement reads.

“However, we are clear that continued funding for British Gymnastics will depend on its new leadership team making significant changes to the sport, to the timelines set out in the report’s recommendations.”

This week, 18-year-old former elite acrobatic gymnast Eloise Jotischky won the first civil case against British Gymnastics for the abuse she said she experienced at the hands of a coach.

She and Heafford are among a group of 39 plaintiffs involved in civil cases focusing on historic abuse by coaches who fell under the auspices of British Gymnastics, according to a representative for Gymnastics for Change.

British Gymnastics admitted full liability in Jotischky’s case and reached a settlement with the former gymnast, whom the BBC reported also received an apology from the chief executive of the organization.

Jotischky, who said her coach subjected her to inappropriate weight management techniques and verbal harassment, told CNN Sport in an email she was glad the report had “finally exposed the catastrophic safeguarding failures that led to the abuse of hundreds of gymnasts.”

In the report, Whyte highlighted submissions detailing how “some coaches went to damaging lengths to control what gymnasts ate and weighed, to the extent of searching luggage and rooms for food. As a result, some gymnasts suffered from (and still suffer from) eating disorders and associated mental health issues.” 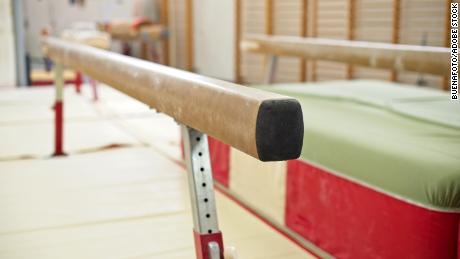 Jotischky, who competed in the sport between the ages of eight and 14, told CNN Sport she was encouraged that British Gymnastics intended to implement the report’s recommendations.

But she expressed concern, saying that “more needs to be done to address and reform the endemic culture of abuse that has been so deeply ingrained within the sport.”

In particular, Jotischky said she believes a register of coaches is critical: “Without a register of coaches, parents will never know when their child is being coached by someone who has had allegations of abuse against them. The failures of the past have proved that parents should not be shut out, especially in a sport where the coaches are being entrusted with the welfare of young children.”

Jotischky said that, since becoming the first gymnast to win her legal case against British Gymnastics, she has been overwhelmed by the number of gymnasts who have contacted her to share their experiences.

“It shows there are so many gymnasts who are afraid to speak out publicly and that must change,” she said.

“The reality is that national governing bodies operate within a vacuum from a legal point of view. And the only thing that will bring actual cultural change to sport generally and specifically to the sport of gymnastics is legislative change,” she said, adding that she is calling for mandatory reporting whereby parents, gymnasts and coaches within training facilities would legally be required to report any abuse they observed.

Heafford said that it was difficult for survivors to speak up, adding “there is such defensiveness within the culture of gymnastics.”

“You know that as a gymnast, if you speak out about culture, there will be repercussions. You’ll be ostracized from the community, so it’s not an easy thing to do,” she said.

The report comes as gymnastics institutions worldwide have been forced to reckon with claims of abuse and safeguarding failures following an outpouring of survivor testimony.

In March, more than 70 former and current gymnasts in Canada called for an investigation into “ongoing toxic and abusive practices” gymnasts are allegedly subject to in the country.

In an open letter addressed to Sport Canada, the athletes have called for the governing body to conduct an “independent, third-party investigation.”

At the time, GymCan said it was aware of the letter being circulated and agreed that an external and independent organization must be established to oversee complaints. 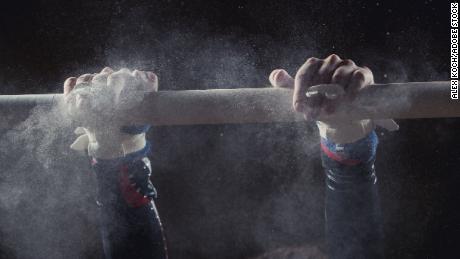 In May, GymCan and its Provincial Member Organizations said they had been informed by the media of a proposed class action lawsuit, filed with the Supreme Court of British Columbia, in which they are named as defendants.

“Although we have not been served, the allegations we have been made aware of in the claim describe behaviour that is unacceptable in any sport environment, and we take them very seriously,” GymCan said in a statement, adding they are committed to addressing all allegations with “diligence and due process.”

This comes four years after disgraced former USA Gymnastics doctor Larry Nassar was sentenced to up to 175 years in Michigan state prison after pleading guilty to seven counts of criminal sexual conduct.

At the sentencing, 156 victims, including Olympic gold medalists Aly Raisman and McKayla Maroney, recounted stories of how they went to Nassar to receive treatment for sports injuries, only to be sexually assaulted and told it was a form of treatment.

Attorneys for more than 90 women and girls who were sexually abused by Nassar this month submitted claims for over $1 billion to the FBI, saying investigators could have ended Nassar’s predation and protected other victims had they not mishandled the case.

The claimants include Olympic gymnasts Simone Biles, Raisman and Maroney and world championship medalist Maggie Nichols. Each has asked for $50 million, according to the law firm that represents them.

CNN this month contacted the Department of Justice, which oversees the FBI, and officials there declined to comment.