Implored by Zelensky, Biden and G-7 to increase Ukraine aid

After the U.S. Capitol Police announced Friday they had arrested a group of staffers associated with CBS’s “The Late Show With Stephen Colbert” the night before, a multitude of comments criticizing, supporting, and even making fun of the incident flooded social media.

What did the J6 committee know and when did they know it about the Colbert insurrection at the Capitol?

Many conservatives compared the arrests to the Jan. 6, 2021 breach of the Capitol.

“What did the J6 committee know and when did they know it about the Colbert insurrection at the Capitol?” The editor-in-chief for the Federalist website wrote while radio host Mark Simone wondered, “This is exactly what the January 6th protestors are charged with, so will these Colbert creeps get the same, no bail, solitary confinement treatment???”

The U.S. Capitol Police said the individuals were charged with Unlawful Entry. “This is an active criminal investigation, and may result in additional criminal charges after consultation with the U.S. Attorney,” the USCP added.

This is exactly what the January 6th protestors are charged with, so will these Colbert creeps get the same, no bail, solitary confinement treatment??? https://t.co/zHE8UmH2uC

I’d say the Colbert staffers should get 60 days in prison, a year of probation, & need Uncle Sammy’s permission to apply for a Target card.

Stephen Colbert needs to be raided by the FBI. Every Democrat member of Congress who assisted with this needs to be expelled. https://t.co/yCvN7seWXK

Others sarcastically suggested they get “60 days in prison” and said Colbert’s show should be “raided by the FBI” and that any Democratic Congress members who helped the staffers should be “expelled.”

The incident happened as the House Select Committee on Jan. 6 is hosting public hearings on the Jan. 6 Capitol protests when rioters seeking to overturn the 2020 presidential election broke into the Capitol building and threatened lawmakers.

Radio host Mark Levin wondered why the comedy staffers were released after their arrests, referring to it as the “Colbert insurrection” and adding, “They damn well better be prosecuted to the full extent of the law.”

2. Why were they released? They damn well better be prosecuted to the full extent of the law.

The official Twitter handle of the Republicans of the House Committee on the Judiciary wondered why there was “barely a peep” about the arrests on “mainstream media.”

Barely a peep from the mainstream media.

A spokesperson for CBS told Fox News that the production team was at the Capitol Wednesday and Thursday to capture footage and other media for a new skit with Triumph.

“On Wednesday, June 15 and Thursday, June 16, Triumph the Insult Comic Dog was on-site at the Capitol with a production team to record interviews for a comedy segment on behalf of ‘The Late Show,” the spokesperson said.

“Their interviews at the Capitol were authorized and pre-arranged through Congressional aides of the members interviewed,” the network added. “After leaving the members’ offices on their last interview of the day, the production team stayed to film stand-ups and other final comedy elements in the halls when they were detained by Capitol Police.”

Taking the opposite point of view of conservatives, another person said, “I’m not justifying what the Stephen Colbert staffers did. They were they weren’t supposed to be. It’s kinda funny that these staffers were arrested immediately while it took authorities several hours on January 6th.”

They added, “They were not armed or attempting to overthrow the government like the January 6th crew. They were not hell bent on murdering and hanging members of Congress.”

Another user wrote that he would take “Stephen Colbert whataboutism seriously if you understood the difference between accidentally trespassing and an armed insurrection.”

I’m not justifying what the Stephen Colbert staffers did. They were they weren’t supposed to be. It’s kinda funny that these staffers were arrested immediately while it took authorities several hours on January 6th.

Others simply used the arrests to make jokes – mostly about Triumph the Insult Comic Dog being involved.

“Free Triumph the insult comic dog. Free all political prisoners,” one joked while another called for “JUSTICE FOR PUPPETS.”

The staffers were arrested in the Longworth House Office Building after being escorted out of the third public Jan. 6 committee hearing earlier in the day for lacking proper press credentials. 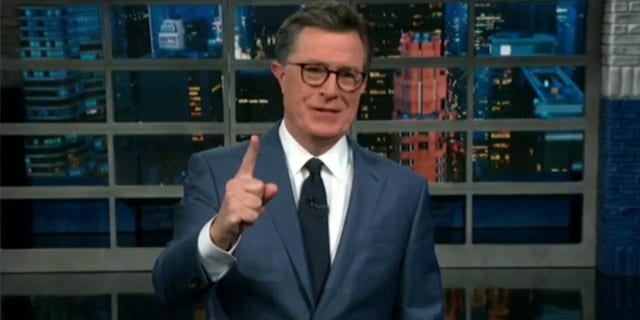 Capitol Police responded to a call about a disturbance in the Longworth House Office Building around 8:30 p.m., when they found the group of staffers and subsequently arrested them.

“Responding officers observed seven individuals, unescorted and without Congressional ID, in a sixth-floor hallway,” the agency said in a statement. “The building was closed to visitors, and these individuals were determined to be a part of a group that had been directed by the USCP to leave the building earlier in the day.” 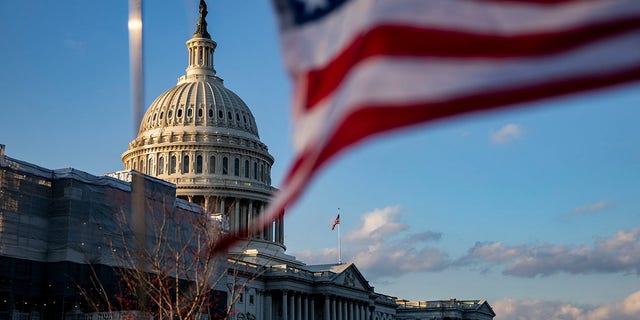 The USCP said their agency is actively investigating the case and their investigation “may result in additional criminal charges.”

Fox News’ Brie Stimson and The Associated Press contributed to this report.