America’s crisis is a lack of fathers

As our country commemorates Father’s Day this weekend, it is important that we recognize the millions of children throughout our nation who are growing up without their fathers. Data from the United States Census Bureau shows that nearly 18.5 million children grow up without their fathers, which has in return led to the United States owning the title of the world’s leader in fatherlessness.

We know that fatherhood is essential to the development of our children and that the increased involvement of fathers in the home leads to better results on a wide variety of outcomes. From economic prosperity, increased academic performance, to improved social mobility; fathers in their respective homes continues to be a key indicator of success for all children across racial, ethnic, and socio-economic groups. That is why we have joined forces to introduce a resolution into the U.S. House of Representatives that promotes fatherhood and its proven benefit to society.

There is little doubt that America is experiencing an unprecedented fatherless crisis. Approximately 80% of single-parent homes are led by single mothers therefore leading to nearly 25% of our youth growing up without a father in the home.

This staggering statistic has not only destroyed the nuclear family but has devastated communities across the nation. For example, 85% of children and teens with behavioral disorders come from fatherless homes and over 70% of all adolescent patients in drug and alcohol treatment centers originate from homes without fathers.

Fatherless youth eventually become adults who, without the structure of a two-parent household, struggle to gain their footing in the world.

There is little doubt that America is experiencing an unprecedented fatherless crisis.

As America deals with a rise in crime, substance abuse, incarceration, decreased social mobility, and economic strains, we must acknowledge the impact that fatherlessness has had on all these issues. We must recognize how we, as fathers, empower, teach, and develop our children plays a direct role in their well-being, mental health, and ability to persevere through adversity. This resolution allows us—as both elected officials and advocates for the nuclear family—to recognize and promote federal policies which incentivize two-parent households.

However, the effort to promote fatherhood should not remain solely within the confines of Capitol Hill.

In Florida, we saw a successful and bipartisan effort from Tallahassee to champion fatherhood with the passage of HB 7065 that included millions in funding for educational and mentorship programs for at-risk youth and support for struggling fathers.

We encourage other state governments throughout the union to both recognize and champion fatherhood as we—alongside many others—have as well.

Beyond the enormous benefits to our children, there are numerous advantages in a society that result from a strong nuclear family. For example, regarding poverty, data shows that children without a father in the home are five times for likely to live in poverty than a child in a two-parent household. 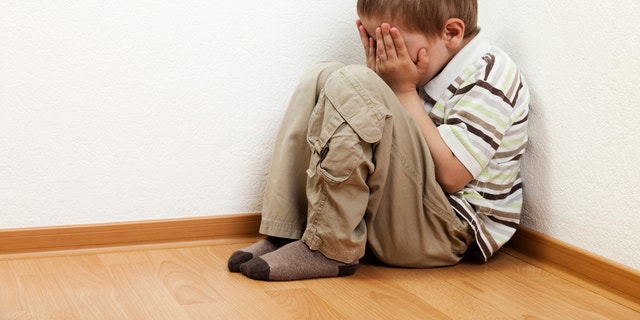 Furthermore, research indicates that children without fathers at home are nine times more likely to drop out of school and represent 90% of all homeless and runaway children. We can no longer afford to ignore the debilitating impact that fatherless homes have on our youth and our country.

As Americans across the country prepare to give thanks to the millions of hardworking fathers, let us not leave behind the forgotten men, women, and children who do not celebrate alongside us.

The success of our nation depends on four central tenets: faith, family, the free market, and education and our resolution is the first of many measures that champion the spirit of those four tenets with the support in which they deserve.

Lastly, to the God-fearing fathers throughout our nation, we ask that you look beyond your own homes and make intentional efforts to coach, mentor, and support the fatherless children in your own communities.

That, at the very least, we owe to ourselves, our children, and our fellow countrymen.

Jack Brewer is a former NFL safety and 3x team captain who played for the Vikings, Giants, Eagles and Cardinals. Brewer is Chairman of AFPI’s Center for Opportunity Now. A devoted philanthropist, Brewer served four years as an Ambassador for Peace and Sport for the U.S. Federation for Peace and Development at the United Nations. Brewer is a former Investment Banker and current professor at the Fordham Gabelli School of Business where he is the Program Director for the Athletes and Artist Executive MBA program. Brewer is an ordained minister who works in prisons across America. Follow him on Twitter @JackBrewerBSI.

Republican Burgess Owens represents Utah’s Fourth Congressional District in the United States House of Representatives. He is a former Super Bowl champion who played ten seasons in the National Football League for the New York Jets and the Oakland Raiders. Owens is author of “Liberalism or How to Turn Good Men into Whiners, Weenies and Wimps” (Post Hill Press, July 19, 2016).