Apple had a variety of announcements to make at its annual WWDC event this week, with iOS 16 being one of the more prominent reveals. The latest version of the iPhone operating system brings a number of nifty features like image segmentation for lock screen wallpapers, the ability to cut out subjects in pictures using machine learning, and real-time notifications on the lock screen.

Galaxy Watch 5: Everything we know about Samsung’s smartwatch

However, there are a few iOS 16 additions that might be familiar to Android users. We take a look at some of the features Apple swiped from Android and Android OEMs for its own mobile platform. 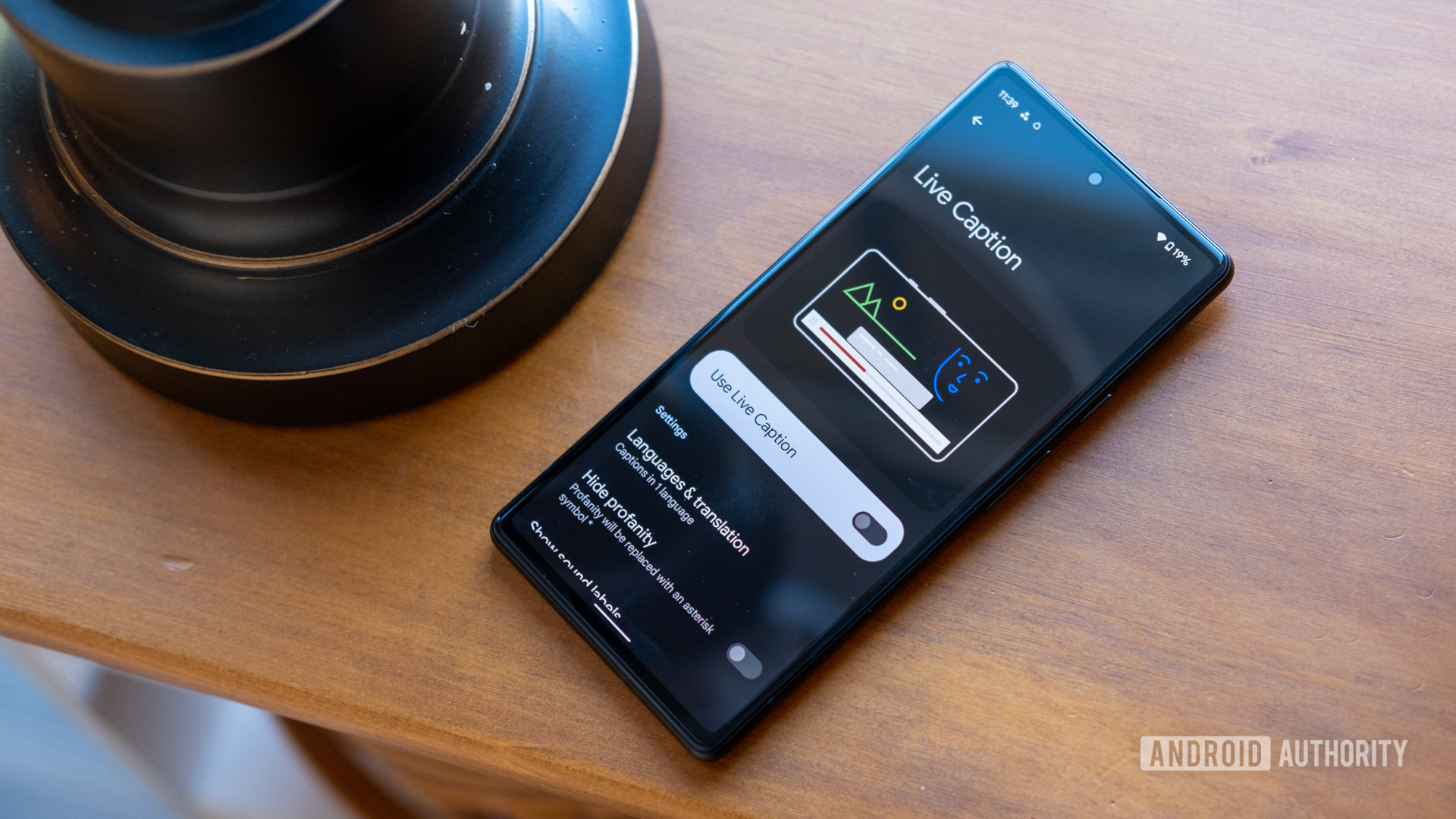 Perhaps the most prominent iOS 16 feature taken from Android is Live Captions, with Apple announcing real-time transcriptions for conversations, audio, and videos.  This is identical to Google’s Live Caption functionality (debuting in 2019), which uses on-device machine learning to transcribe any audio playing on the device.

One of the big iOS 16 features touted by Apple was the addition of lock screen widgets, allowing you to see info like the weather, events, time zones, and alarm from your locked display. You can even have multiple lock screens tied to different Focus profiles. It sounds pretty nifty, but it’s another feature that technically arrived on Android first.

In fact, lock screen widgets debuted on Android way back in 2012 with the arrival of Android 4.2. This indeed allowed you to add a clock, calendar, and other elements to the lock screen. Unfortunately, Android 5.0 almost completely removed this feature. However, the likes of Samsung’s One UI still offer a predetermined selection of widgets, as seen above.

Google Photos has long offered shared photo functionality, allowing you to share albums with loved ones and letting them add their own photos to the collection. Google’s service also lets you add photos to an album by face, so you can automatically add all the snaps of your grandmother into an album if you want. It even suggests contacts for sharing based on who’s in the photo.

This is another concept Apple has grabbed from Google with iOS 16, albeit with a few tweaks of its own. iCloud’s shared photo library functionality now lets you share your photo and video library with up to five other people. But it also follows Google Photos by letting these users add their own content to the library. You can also choose what to add to a library based on a start date or the people featured in the snaps — pretty cool. Apple has embraced machine learning in a variety of ways, and iOS 16 also shows another neat use for the tech. Apple’s devices can now access translate camera functionality in the first-party Translate app, allowing you to point your camera at text to get translations.

Android devices have had this feature for years via the Google Translate app, letting you point your phone camera at text to get a translation overlaid into the live viewfinder. Apple’s take is a little more limited, as it essentially takes a photo and then overlays a translation onto the text in the captured image. This isn’t actually an iOS 16 feature but rather an iPad OS 16 feature. Still, the iPad’s newfound ability to run resizable app windows is a copy of what many Samsung tablets have offered for a few years now.

More reading: Everything you need to know about Samsung Dex

Samsung has long offered resizable, overlapping app windows on its tablets, particularly when using the Dex mode either on the tablet itself or via an external display. In saying so, this feature was hidden under the Dex Labs settings for a while after its release, while some apps can’t actually be resized.

Both features appeared in Gmail a while back. In fact, undo sending was first announced as an experimental feature back in 2009. Either way, these functions are available on Gmail for Android, PCs, and iOS.

Up next: 9 things Apple announced at WWDC that we want on Android

These aren’t the only iOS 16 features we saw on Google-powered devices before. Features like haptic feedback for the pre-installed keyboard and multi-stop navigation have been around for a while on Android and associated Google apps. Are there any other iOS 16 features that were on Android or Google platforms first? Let us know in the comments.