Monkeypox Virus: What to Know About the Disease

Monkeypox is already endemic in some countries. Now, cases are emerging in many places that don’t normally report the disease.

How to get started with machine learning and AI

It isn’t a new disease to the US, but outbreaks of monkeypox in more countries pose a public health threat.

What it means for you

Anyone who’s been in very close physical contact with someone with an active case of monkeypox can get the disease. If you have symptoms or think you were exposed to monkeypox, seek medical care.

Cases of monkeypox are spreading throughout North America, Europe and other regions where the disease isn’t normally endemic, raising concerns that the current outbreak will continue to grow and that monkeypox may’ve actually been spreading more widely for a while.

“Investigations are ongoing but the sudden appearance of monkeypox in many countries at the same time suggests there may have been undetected transmission for some time,” WHO Director-General Dr. Tedros Adhanom Ghebreyesus said at a briefing earlier this month.

The US Centers for Disease Control and Prevention has issued a level 2 travel alert for monkeypox, which means travelers should practice caution regarding the monkeypox outbreak. This includes avoiding close contact with people who are sick, avoiding meat from wild animals or game and seeking medical care immediately if you think you were exposed to monkeypox or have symptoms of it.

In the US, there are at least 31 cases of monkeypox across 13 states, according to the CDC. The US confirmed its first case of monkeypox in mid-May, joining the list of other countries that don’t typically report cases of the disease (in other words, in countries where monkeypox isn’t endemic). Some cases of the current monkeypox have been reported in men who have sex with men, and some cases have been in people who live in the same household as the person with monkeypox, according to the CDC.

Monkeypox is a disease caused by an orthopoxvirus, and the virus that causes it belongs to the same family as the viruses that cause smallpox and cowpox. Monkeypox is endemic in West and Central Africa. Reports of it are rare in the US but not unheard of. (There were two reported cases last year, and 47 cases in 2003 in an outbreak linked to pet prairie dogs.)

“With the number of cases that have been diagnosed in other countries, it was only a matter of time before there was a case in the United States,” said Dr. Amesh Adalja, an infectious-disease expert and senior scholar at the Johns Hopkins Center for Health Security.

Adalja said scientists are trying to “get a handle on what’s happening epidemiologically” to explain why the outbreaks appear different from other outbreaks that’ve occurred outside of Africa, where most cases have been concentrated.

“I think it’s something to watch and see how extensive the spread may be, but there’s no reason for alarm or panic over any of this,” Adalja said. Monkeypox isn’t new, he added, and we already have some tools to stop the spread, including smallpox vaccines.

Here’s what we know. 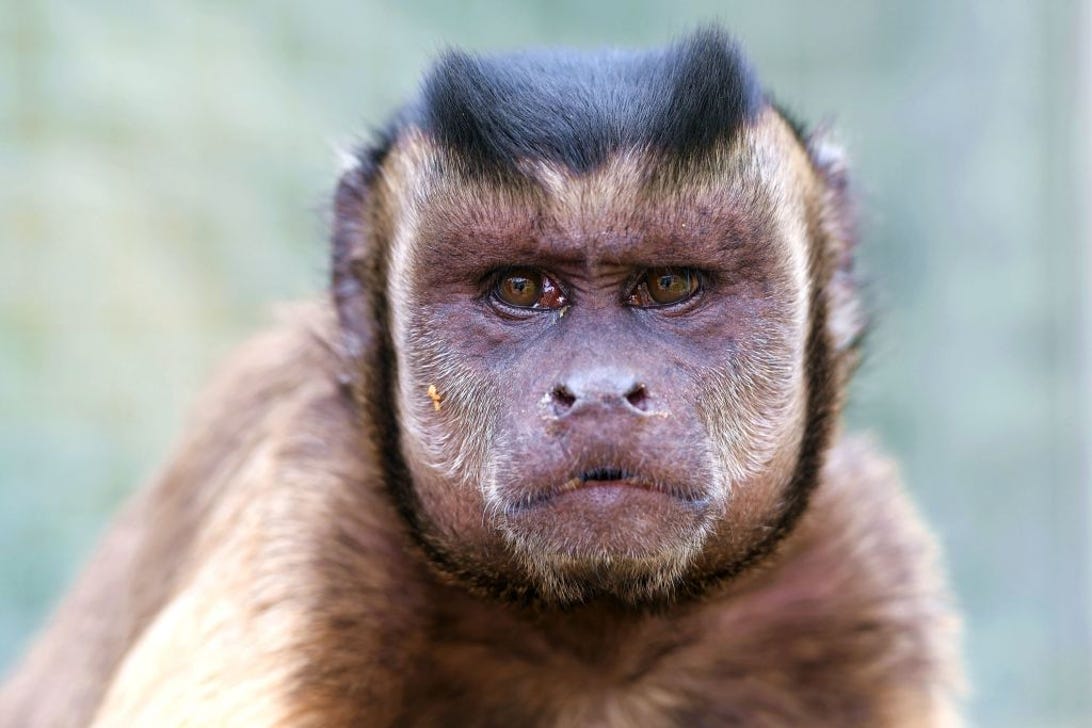 Monkeypox got its name because it was first detected in monkeys that were being kept for research.

What is monkeypox? How severe is it?

Monkeypox is a zoonotic disease, which means it’s transmitted from animals to humans. It’s caused by an orthopoxvirus, which also causes smallpox, though smallpox is considered more clinically severe than monkeypox.

There are two “clades” of monkeypox virus, according to the World Health Organization, including the West African clade and the Congo Basin clade. The West African strain, which has been identified in the recent cases, according to a May 26 presentation by the WHO, has a fatality rate of less than 1%. The Congo Basin or Central African clade has a higher mortality rate of up to 10%, per the World Health Organization.

Monkeypox was first discovered in the 1950s in colonies of monkeys that were being researched, according to the CDC, but it’s also been found in squirrels, rats and other animals. The first human case was discovered in 1970.

How is monkeypox transmitted?

Monkeypox spreads between people primarily through contact with infectious sores, scabs or body fluids, according to the CDC, but it can also spread through prolonged face-to-face contact via respiratory droplets or by touching contaminated clothing or bedding.

At a Wednesday media briefing, Tedros said that most cases in the recent outbreak have been reported in men who have sex with men, who have shown up in sexual health clinics with symptoms. The close contact you have with a sexual partner may expose you to monkeypox, and the current outbreak is linked to social networks or sexual activity within some communities.

Gay and bisexual communities tend to have particularly “high awareness and rapid health-seeking behavior when it comes to their and their communities’ sexual health,” Dr. Hans Henri P. Kluge, the WHO’s regional director for Europe, said in a statement Tuesday, noting that those who sought early health care services should be applauded.

But anyone can be infected with monkeypox. The “close” in close contact is a key element in the transmission of monkeypox.

“It’s not a situation where if you’re passing someone at a grocery store, they’re gonna be at risk for monkeypox,” Dr. Jennifer McQuiston, deputy director at the Division of High Consequence Pathogens and Pathology, said at a May briefing with the CDC.

Because many of the recent cases of monkeypox in Europe have resulted in lesions in the genital region and resemble symptoms of sexually transmitted infections like herpes, you should ask to be evaluated if you have an unexplained rash in your genital region, Dr. John Brooks, epidemiologist in the Division of HIV/AIDS Prevention, said at a May CDC media briefing.

Monkeypox vs. smallpox: How contagious are they?

Symptoms of monkeypox in humans are similar to (but milder than) smallpox, which the WHO declared eliminated in 1980.

A monkeypox infection usually begins with flu-like symptoms, including fatigue, intense headache, fever and swollen lymph nodes. Within one to three days of a fever developing, according to the CDC, a rash typically develops (historically, it started on the face before spreading, but this isn’t always the case). The rash or monkeypox lesions can be flat or raised, full of clear or yellowish fluid and will eventually dry up and fall off.

Illness typically lasts for two to four weeks. The incubation period ranges from five to 21 days, per the CDC.

Importantly, Adalja said: “Monkeypox is not contagious during the incubation period, so it doesn’t have that ability to spread the way certain viruses like flu or SARS-CoV-2 can.” 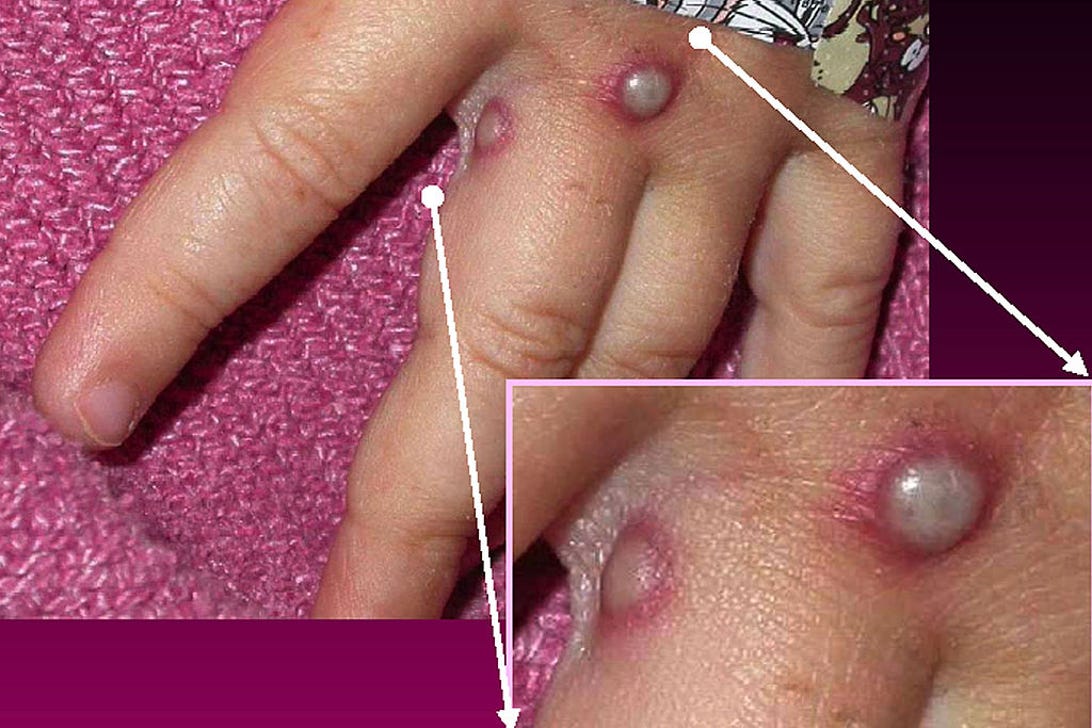 Monkeypox lesions progress through a series of stages before scabbing, according to the CDC. The monkeypox rash traditionally begins on the face before spreading to other areas of the body, lesions can appear all over the body or in the genital region alone, according to a health alert by the CDC.

Is there a vaccine for monkeypox?

Yes. The US Food and Drug Administration has approved JYNNEOS to prevent monkeypox as well as smallpox. Because monkeypox is so closely related to smallpox, vaccines for smallpox are also effective against monkeypox. In addition to JYNNEOS, the US has another smallpox vaccine in its stockpile, called ACAM2000.

The US Department of Health and Human Services is adding an additional 36,000 doses of monkeypox vaccine to its stockpile, Reuters reported Monday. Vaccines may be distributed to people who have high-risk exposures to monkeypox, CNBC reports, and they aren’t being given to the general public.

In the UK, higher-risk contacts of people who have monkeypox have been offered vaccines. This type of targeted vaccination is what Adalja calls “ring vaccination,” where health officials isolate the infected person and vaccinate their close contacts to stop the spread. Antivirals that work against smallpox would also have an impact against monkeypox, he said.

Dr. Daniel Pastula, chief of neuro-infectious diseases and associate professor of neurology, medicine and epidemiology at the University of Colorado Anschutz Medical Campus, said the vaccine is used in people who’ve been exposed but aren’t yet showing symptoms of monkeypox, because the incubation period for the disease is so long.

Though health care and lab professionals who work directly with monkeypox are recommended to receive smallpox vaccines (and even boosters), the original smallpox vaccines aren’t available to the general public and haven’t been widely administered in the US since the early 1970s. Because of this, any spillover or “cross-protective” immunity from smallpox vaccines would be limited to older people, the WHO said. According to the WHO, vaccination against smallpox was shown to be about 85% effective at preventing monkeypox.

Monkeypox Explained: What You Need to Know

It’s helpful to be aware of the symptoms of monkeypox, especially if more cases develop in the US, according to Pastula, but there’s no cause for panic.

It also calls attention to the wide variety of viruses we live with. All zoonotic diseases (which include COVID-19) have the potential to be serious, which is why monitoring them is so important, he said.

“I think this shows that there are lot of potential zoonotic threats — these are diseases that can hop from animals to humans,” Pastula said. This exemplifies the need for public health surveillance, he said, “but it also really shows that we should be careful and deliberate in our interactions with both wild animals and domestic animals.”

It’s also a developing situation, he said, so recommendations made by public health officials will change as the information does — the same goes for all diseases and new science.