Billionaire entrepreneur Elon Musk has warned Twitter’s board of directors that he may back out of a deal to buy the social media platform for $44 billion because the company hasn’t been forthcoming with information on fake and spam bot accounts.

“This is a clear material breach of Twitter’s obligations under the merger agreement, and Mr. Musk reserves all rights resulting therefrom, including his right not to consummate the transaction and his right to terminate the merger agreement,” lawyers for the Tesla and SpaceX CEO said on Monday in a letter to Twitter.

At issue is Musk’s demand for the calculations supporting Twitter’s estimate that less than 5% of its accounts are fake. The South African-born billionaire has claimed that around 20% of supposed Twitter users aren’t real, and he has vowed to crack down on spam bots. He said last month that he had paused the takeover on concern over the fake accounts and that he might try to renegotiate the acquisition price to reflect the number of bogus users. 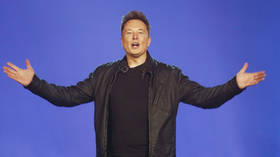 Twitter said it has shared information with Musk in accordance with terms of the takeover agreement. “We intend to close the transaction and enforce the agreement at the agreed price and terms,” the company said in a statement.

Musk could be hit with a $1 billion breakup fee, as well as investor lawsuits, if he breaks the deal. Twitter shareholders have already sued him for driving down the company’s stock price by sowing doubt about the transaction being completed. The stock fell 1.5% on Monday to $39.56, currently 27% below the takeover price of $54.20 that Musk agreed to pay for each share that he doesn’t already own.

“At this point, Mr. Musk believes Twitter is transparently refusing to comply with its obligations under the merger agreement, which is causing further suspicion that the company is withholding the requested data due to concern for what Mr. Musk’s own analysis of that data will uncover,” his lawyers said in Monday’s letter. “If Twitter is confident in its publicized spam estimates, Mr. Musk does not understand the company’s reluctance to allow Mr. Musk to independently evaluate those estimates.”

Texas Attorney General Ken Paxton has opened an investigation on suspicion that Twitter is violating a state law against deceptive trade practices by reporting false information about its bot accounts.

“If Twitter has underreported its number of fake bot accounts, these numbers might have negatively impacted Texas consumers and businesses,” Paxton said on Monday.

Musk ranks as the world’s richest person with a fortune estimated by Forbes at nearly $220 billion. He has vowed to “unlock” Twitter’s full value by making the platform a haven for free speech.