NYC woman sells her eggs to help pay down $165K in student loan debt: ‘I was desperate’

Kassandra Jones has tried really hard to get rid of her student loan debt — including donating her eggs for money.

After earning a bachelor’s degree in kinesiology and a master’s in public health, Jones found herself with $165,000 in student loan debt.

“I’ve probably wasted a year of my life … getting financial advice, going to workshops, researching on the internet, talking to people, applying for grants and scholarships to no avail and very little success,” Jones told Fox News Digital.

She said she began thinking about the cost of college when she was only 15 years old.

Kassandra Jones, 28, of New York City, wound up with $165,000 in student loan debt, despite trying to mitigate the cost of her education.
(Courtesy Kassandra Jones)

At the time, she was living in California and participated in a program offering free community college classes to high school students, which gave her a debt-free head start on her college career.

After high school graduation, Jones attended Pasadena City College, a community college, rather than a university because of the cost of tuition, she said.

While she was there, she earned two associate’s degrees, then transferred to the University of La Verne in California.

Jones said she did everything she could to mitigate her college costs. She lived with her parents, delivered pizza and did video production work on the side.

She received some scholarships and a California grant to help cover tuition. Still, she graduated with $25,000 in student loan debt.

OHIO WRITER PAID OFF $48K IN STUDENT LOANS IN 14 MONTHS: IT WAS ‘AN ADVENTURE’

After graduating from La Verne in 2016, Jones explored next steps.

“[I] talked to career counselors and professors and people in my field with informational interviews,” Jones told Fox News Digital. “The consensus across the board was, if I wanted to get a high-paying job, if I wanted to take the logical next steps in my career, I had to go to grad school.”

‘Ran out of time’: Paying for degree number two

For her first round of graduate school applications, Jones focused on registered dietetic programs; she was rejected from all of them.

“I had about a month to come up with enough cash to afford the first semester of NYU.”

After spending a few months traveling on a small budget to different countries, she realized she was passionate about public health. 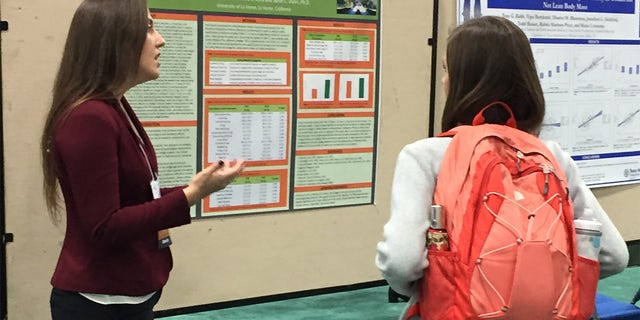 Jones (left) attended Pasadena City College in California, a community college, before transferring to the University of La Verne in California, to save on tuition costs. She’s pictured giving a presentation at La Verne.
(Courtesy Kassandra Jones)

“I had about a month to come up with enough cash to afford the first semester of NYU,” Jones said.

As Jones was researching ways to pay for grad school, she heard about egg donations from some of her friends.

Jones said her friends told her she could make between $6,000 and $10,000 per donation — and that the recovery would be minimal.

“When I heard there was this opportunity for a large contribution toward my education, but was something that still gave me kind of bodily autonomy … I became very curious,” Jones said.

Jones researched the process, then donated her eggs at The Center for Fertility and Gynecology in Tarzana, California. She was paid $6,000, she said.

Egg donation requires hormone injections — much like the process of in vitro fertilization. Doctors monitor donors to determine when the eggs are ready to be collected, which happens during a 10-to-20-minute procedure, the NYU Langone Fertility Center website notes.

Donated eggs are matched with women who don’t have viable eggs for a variety of reasons, including illness, age, prior surgery or genetic abnormalities, according to the center.

In August 2017, Jones made her first egg donation, one day before starting classes at NYU. 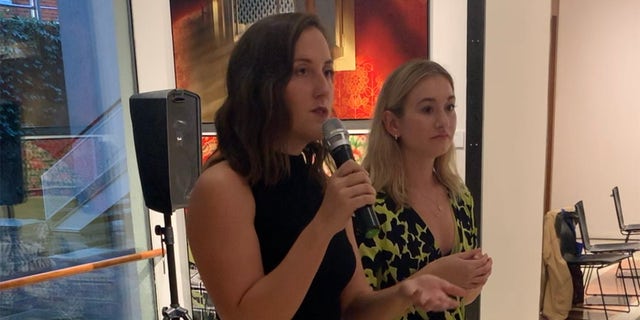 To help lessen the cost of her education and start to pay off her student loans, Jones (left) decided to donate her eggs.
(Courtesy Kassandra Jones)

Jones ended up receiving a $25,000 scholarship through NYU’s School of Global Public Health.

“[With] the cost of living, the rest of tuition and everything else, [the scholarship] was nice and I’m grateful for it,” Jones said. Still, she added, “It barely made a dent in the long run.”

“It wasn’t until I started getting close to the end of the program that that number started to really hit me in the face,” Jones said. 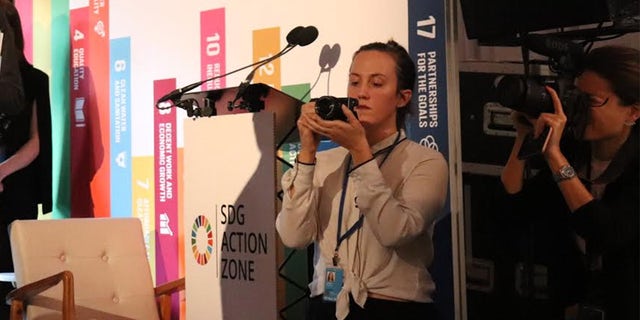 Despite months of filling out job applications and attending career workshops, Jones had a hard time finding steady work.

“You’re staring down the end of this mountain of debt, with no solutions,” Jones said. “There’s no job prospects, there’s no income. You’re in an expensive city, still. And you have to figure out how to live.”

Fox News Digital reached out to NYU Langone for comment.

Jones said desperation is what led her to donate her eggs. 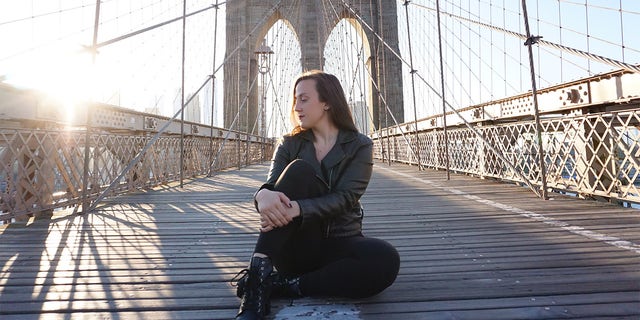 Jones, who has her master’s in public health from NYU, told Fox News Digital she doesn’t regret the decisions she made, although she’s had to overcome numerous challenges.
(Courtesy Kassandra Jones)

Even after donating her eggs — which earned her a total of $46,000 — Jones has only made a small dent in her student loan debt.

“I’m disappointed that the system charges this much for our education.”

After submitting hundreds of applications, Jones was eventually able to get a full-time job, while also taking on additional clients on the side.

After she covers her costs of living, Jones sets aside the remainder of her paychecks in preparation for when the student loan repayment pause is lifted. Right now, she has $10,000 set aside.

“It has been a lifesaver,” Jones said of the pause.

In 2021, Jones earned her MBA — for free — from an online pilot program at Quantic School of Business and Technology.

“Part of the reason I got the MBA was that I wasn’t going to keep this victim mentality with student loans,” Jones said.

She said she has been able to improve her financial literacy to repay her loans and to set herself up for future success.

Despite the challenges she’s faced, Jones said she learned lessons in the process.

“I don’t regret all the education I’ve gained, all the people I’ve met, all the experiences I’ve been fortunate enough to have,” Jones said.

She added, “I’m disappointed that the system charges this much for our education.”