AFL football boss Brad Scott says the league will not review the controversial medical substitute rule until after the season.

Clubs recently sought clarification on the rule amid suggestions teams have been exploiting a loophole.

AFL rules say the substitute can be activated during games if the club doctor has ‘reasonably determined’ an injured player will miss 12 days.

But if the injury comes good in the days afterwards, clubs can send the AFL an updated medical report.

Players substituted out of games have returned the following week more than a dozen times this season.

“We’ve ticked off every one of those examples,” Scott told 7NEWS Melbourne’s Tom Browne.

Port Adelaide were at the centre of the debate, having had players immediately return three times in the first seven rounds.

Port Adelaide were at the centre of the medi-sub debate. Credit: Getty

Content with the application of the rule, Scott says the AFL will not rush to make any changes during the season.

“We’ll definitely look at the rule at the end of the year and assess how it’s working and if it’s achieving what we set out to achieve,” he said.

“But it’s also really important that we take pressure off club doctors on game day.”

It is unclear if the AFL would look to tighten the injury thresholds or scrap the ‘medical’ component of the substitute rule.

The AFL last allowed an unrestricted substitute between 2011 and 2015, when the fourth player on the interchange bench wore the ‘green vest’.

Meanwhile, Scott said the centre bounce could be scrapped if it helps alleviate football’s umpire shortage.

“If the bounce is a long-term impediment, it’s probably something we need to look at,” he said.

Players go head to head with AFL over women’s season

AFL Players Association president Patrick Dangerfield suggests patience could pay off for AFLW players amid growing frustration around the speed of negotiations over a new collective bargaining agreement.

The women’s competition will expand to 18 teams for its seventh edition, which is slated to begin in the last week of August leading into the men’s finals series.

Pre-season is due to start in June but there is still no CBA in place, with the length of the deal and length of the season believed to be key sticking points.

“I’d prefer to get the right deal than rush a deal through that the players aren’t happy with or something that isn’t fair,” Dangerfield said on Friday.

“I don’t think what we’re asking for is unreasonable but it’s got to be reflective of the input our female players have in the game, the work that they put in.

“As much as we all want certainty around that, it’s got to be the right deal.” 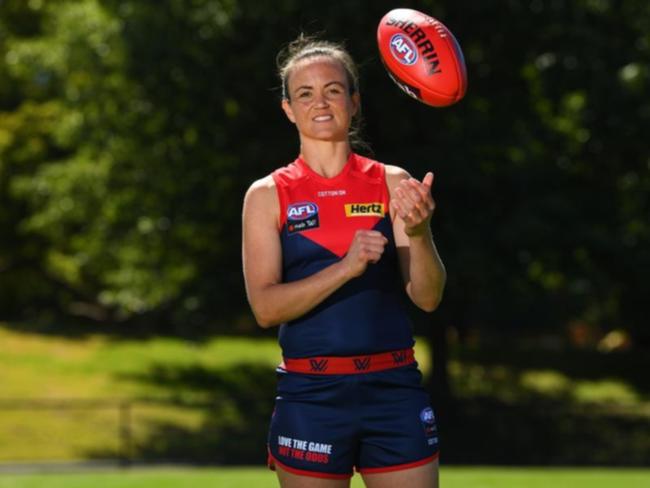 Daisy Pearce is frustrated by the ongoing CBA, saying it’s time the AFL made women a priority. Credit: AAP

Most AFLW players say they eventually want a full-length home-and-away season but the league has so far been reluctant to commit to more than 10 rounds plus finals.

Dangerfield said the length of the season and remuneration for players are key focuses for the AFLPA in negotiations.

“Finances are a really important part of this,” Dangerfield said.

“You’ve got to be rewarded for the time that you put in and if we expect the game to improve then you’ve got to invest in that part of it.

“There’s detail around that that’s being worked through and then there’s clearly the length of season.

“I’m not going to go into specifics of what’s more important but my personal view is rewarding the players for the time that they put in with the vast majority of players having external jobs as well and getting the balance right.”

As yet, there has been no official confirmation around dates for AFLW player signing periods, the draft or the season schedule.

But AFL chief executive Gillon McLachlan on Friday said clubs were last week given indicative dates to work with.

“The season will be starting in that last weekend of August coming into the men’s (finals),” McLachlan told 3AW radio.

“I know that the clubs and our female players, as we go to 18 teams this season, want to know exact specifics.

“We’ve just got to get this deal done with the Players Association … but we’ll get there.”

In the video below: Footy steps up as FightMND loses Neale Daniher’s voice

Alastair Clarkson breaks silence on returning to AFL: ‘God, I want to be back’