Cognac—which is a type of brandy (we’ll get to that)—has always had an unfairly snooty image. It’s the building block for the Sidecar and the original Sazarac—real down-to-earth cocktail classics. As a result of the French embrace of Black servicemen in World War II, they drank it often. Before it was getting shouted out by everyone in rap, from Tupac to Drake, Hennessy became the first spirits company to place ads in Ebony and Jet magazines. (It was also was omnipresent at my cousins’ weddings at Chinese banquet halls, where there was a bottle of Hennessy on every table, right next to a two-liter of 7-Up for mixing.) Cognac has history, and it’s not just pinched-face old white guys in smoking jackets swirling snifters, is what I’m saying. So yes, while you can easily shell out thousands of dollars for aged Cognac in Baccarat crystal, there are great bottles at every price point.

Tom Cruise’s Watch Will Be Accurate Until the Year 2100

This Might Be Chromat’s Most Inclusive Swimwear Collection Yet

What Actually Is Cognac?

While you’re probably familiar with the Big Four of Cognac (Hennessy, Rémy Martin, Martell, and Courvoisier), there are almost 300 Cognac producers—many of them small, family-run houses. And they’re working in a very specific region of France. The, um, Cognac region.

To maybe put it in familiar terms: where whiskey is the distillate of fermented grains, and bourbon is a specific type of whiskey, brandy is the distillate of fermented grapes (or other fruits)—and Cognac is a specific type of brandy, from Cognac. There are various other rules governing production, from variety of grapes to type of stills, but only one rule you need to care about as a new Cognac sipper: how long any Cognac spends aging in oak casks. Here’s your cheat sheet:

VS: Stands for “Very Special”. It’s Cognac that’s been aged for at least two years in oak casks—the shortest amount of time allowed.

XO: Stands for “Extra Old”, and it’s a Cognac aged 10 years or longer. Which isn’t the oldest.

Vintage: A Cognac blended using only a single, specific year’s harvest—with that year noted on the label. Though just because a Vintage says 1990, it could have been bottled anytime.

The “at least” in those statements nods to the fact that Cognacs are typically a blend of different ages—and the statement refers to the youngest liquid in the bottle. Expect younger Cognacs to be bright, fruity, and lively while older Cognacs will be mellower and more complex, with all those rich, warm aromas that wood imparts.

Now that you’ve got the Cognac basics down, you should…drink some. We assembled a panel of experts to give us their recommendations for the best Cognac for every occasion, from a casual Zoom cocktail hour to a holiday gift splurge.

This is a bottle with a price point so gentle that you can pour it for your indiscriminate friend who will drink anything without feeling a pang of regret. Cognac Park VS Carte Blanche is a young Cognac that H. Joseph Ehrmann, proprietor of Elixir in San Francisco and a BNIC-certified Cognac Educator, describes as “beautifully floral with the bright fruit and acidity you expect of a VS, but with a complexity that is surprising.”

For something with a little more age that won’t feel wasted on a random Tuesday night, Ezra Star, a Cognac Educator and freelance bartender formerly of Drink in Boston, recommends Pierre Ferrand Ambré. After ten years in oak, it could technically be labeled an XO, but you’ll find it at a much lower price point than any of the Big Four’s XO offerings. Star loves it equally in cocktails or on its own, no special occasion required. 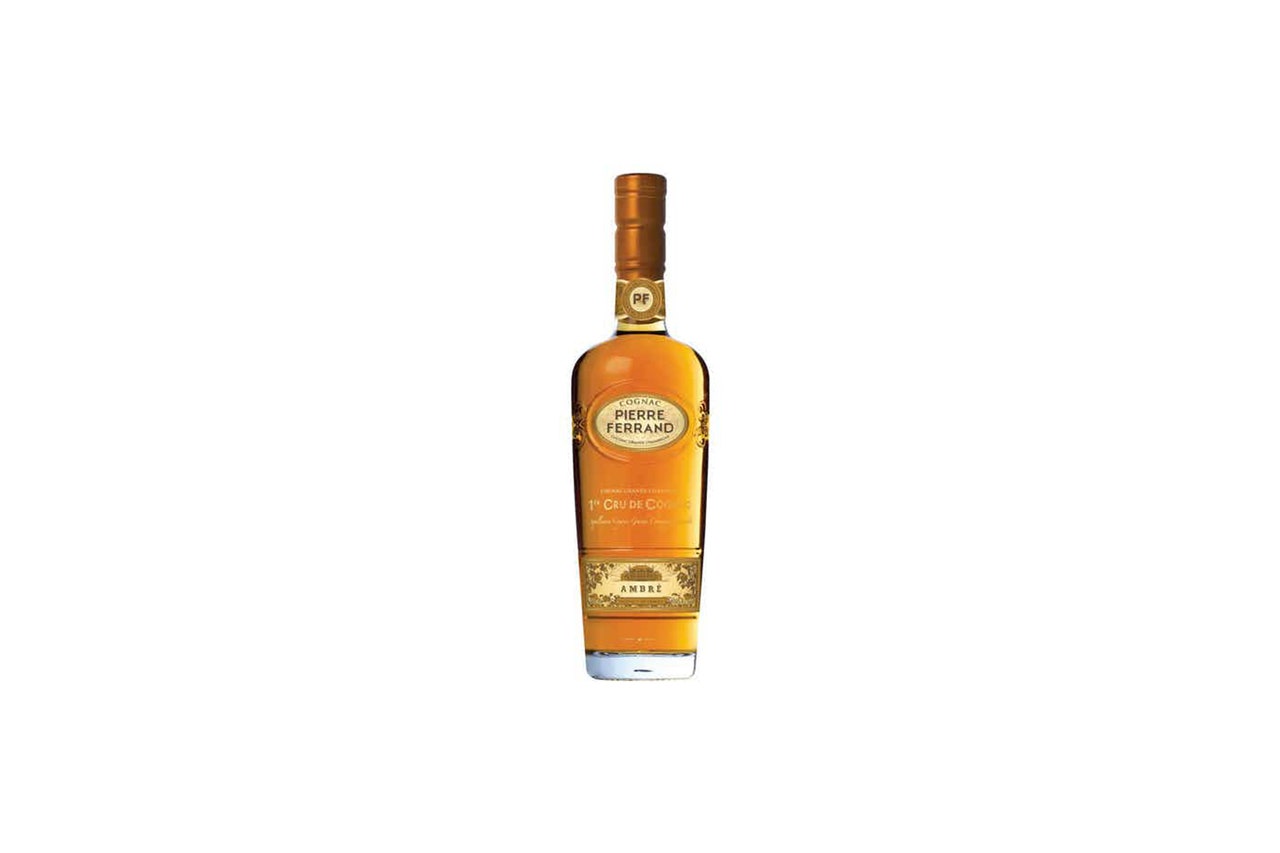 Nearly 80 percent of Cognac sold worldwide is consumed in cocktails. “Bartenders helped to democratize Cognac by putting more and more Cognac cocktails on menus,” says bartender and Cognac Educator ms. franky marshall (her preferred capitalization), which in turn has led to an increased number of Cognacs affordable enough for use in cocktails. Which Cognac you choose for mixing will, of course, depend on whether you’re making a delicate French 75 or a stiff old fashioned. “Some Cognacs will have more barrel-forward and spice notes, and others will have more fruit and floral notes,” says Kellie Thorn, Cognac Educator & Beverage Director of Georgia’s Hugh Acheson Group. “That being said, we tend to use H by Hine VSOP Cognac for a good bit of our cocktails. The company commissioned bartenders to help develop the spirit, and it’s versatile. It holds its own in stirred, shaken, and long applications.” Star likes H by Hine VSOP in old fashioneds and Ehrmann calls it out as “a great example of the complexity that is achievable in a VSOP, highlighting both the bright fruit of a younger Cognac and the spice and richness of a very old blend.” 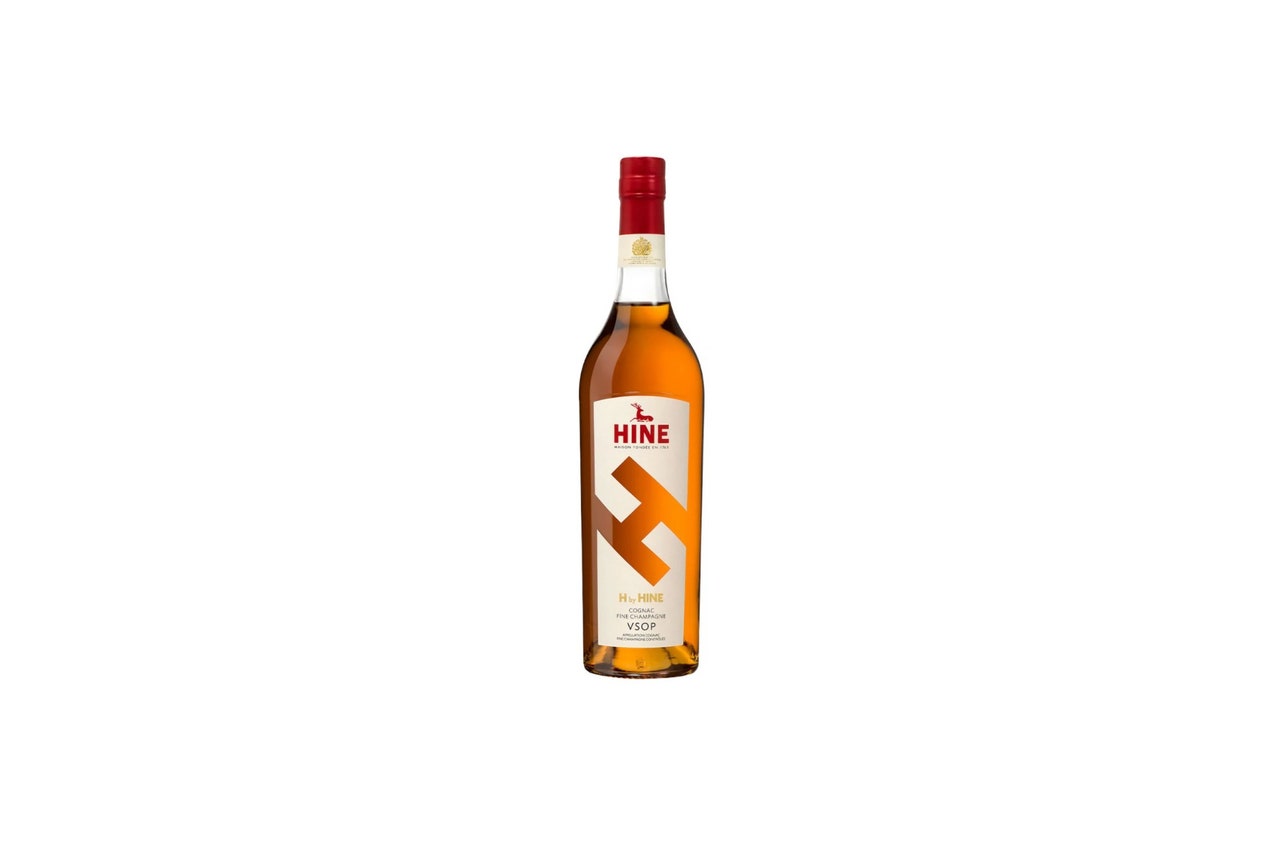 Dan Nicolaescu, General Manager of New York’s Brandy Library and Copper & Oak and a Cognac Educator as well, favors Pierre Ferrand 1840 Original Formula Grande Champagne Cognac. Ferrand developed this expression with the help of cocktail historian David Wondrich, coming up with a blend that resembles the Cognacs that 19th century bartenders employed. “It’s young, fruity, and has a high ABV, giving it the backbone to stand up to other components,” Nicolaescu explains. Bartender GN Chan, founder of New York’s Double Chicken Please, likes to use Pierre Ferrand 1840 in hot, winter cocktails, pairing it with flavors of chocolate, spice, and candied fruit. 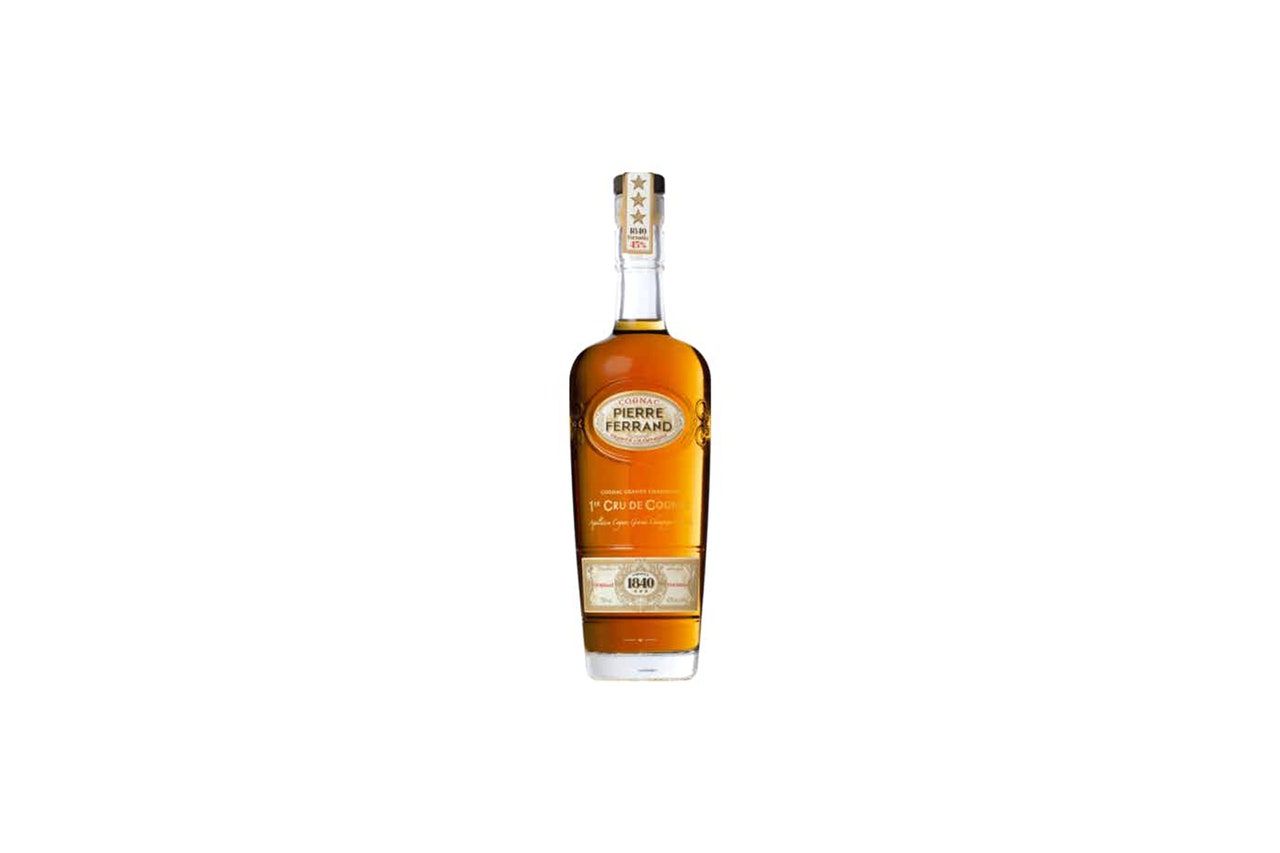 In the very northwest of the Cognac region, surrounded by the Atlantic ocean, is the Ile de Ré, or “Island of Ferns.” Camus produces three expressions made with grapes grown on the island and matured in cellars penetrated by sea air. “The Islay malt whisky drinker may find the Camus Ile de Ré Fine Island Cognac familiar, with its salty, seaside aging and touches of peat-like iodine,” Ehrmann suggests. Marshall loves this expression, the youngest of the three, as an accompaniment to oysters, while Star singles out the slightly older Camus Ile de Ré Double Matured as an example of a Cognac “that shows you the ocean and reminds us of how complex the terroir of Cognac truly can be.” 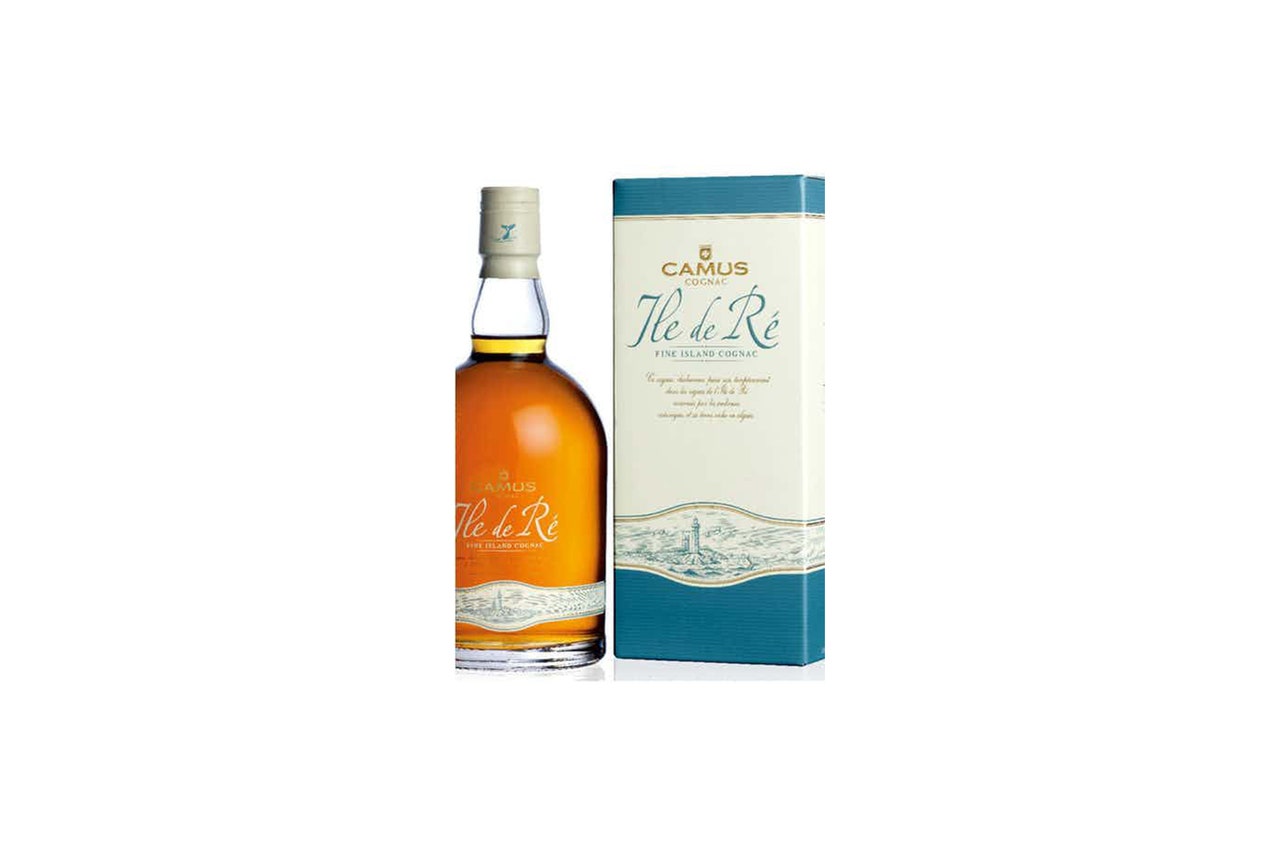 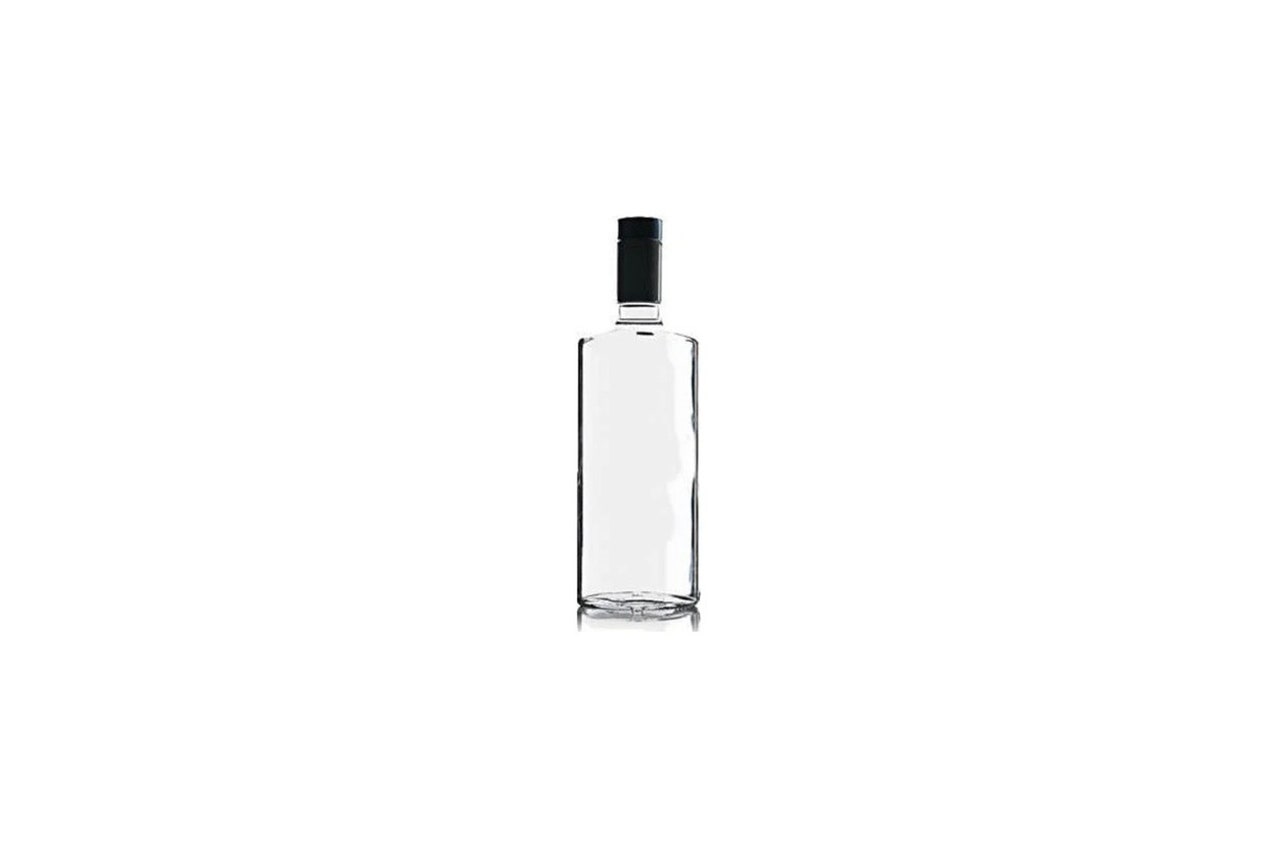 For rye drinkers, Nicolaescu recommends Hardy Legend 1863, which is aged up to twelve years in toasted Limousin oak casks. “This wood is wide grained, which means it releases more tannins and, together with the toasting, results in a fruity and spicy Cognac,” he says. It’s also a particular favorite of Star, who says, “Bénédicte Hardy is a brilliant producer, and her intense, fruit-forward Cognacs linger on the tongue. I love giving these as a gift to any spirits drinker.” 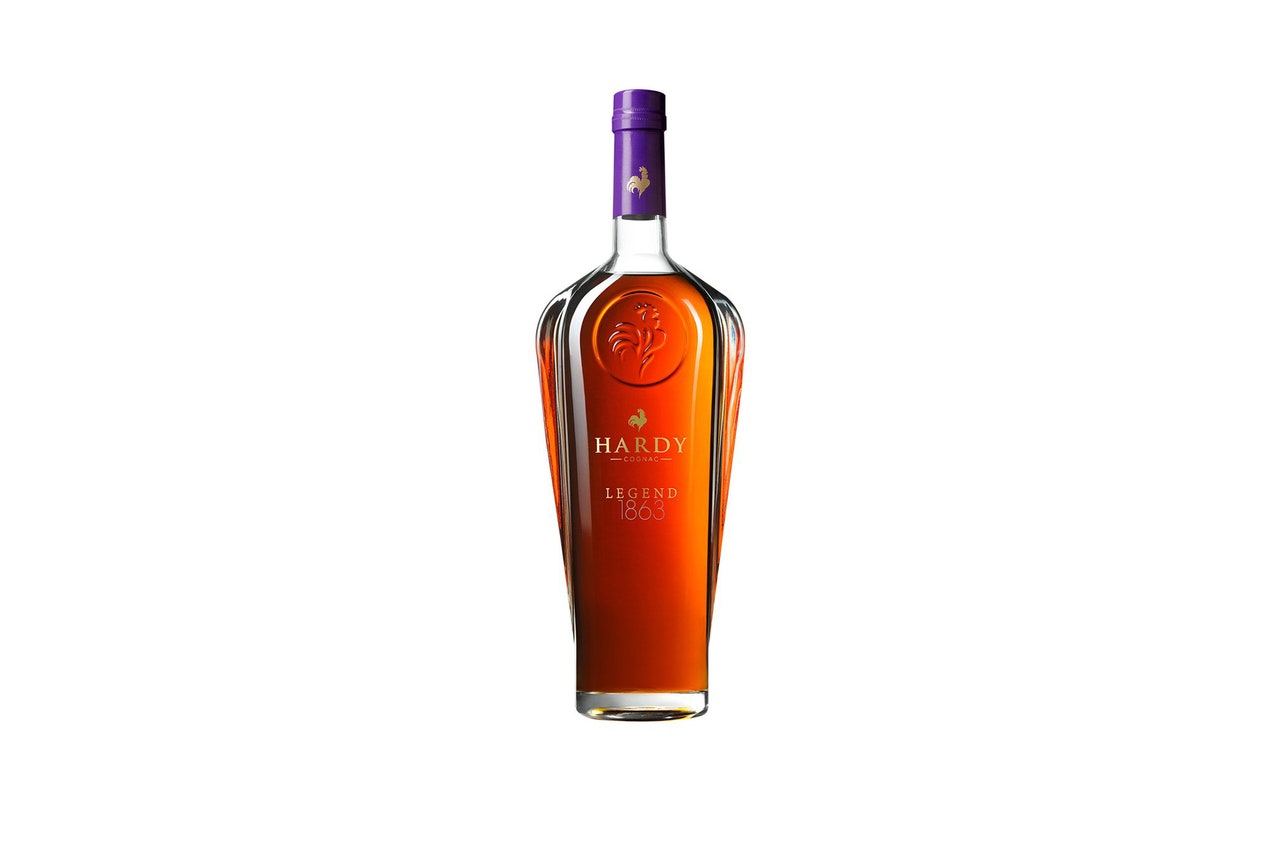 None of the Cognacs in this category are what you would call cheap, but the idea here is value. “Paul Beau VSOP is an exquisite spirit that sells for around $60, but what makes it a great value is that this VSOP is really an average age of 15 years old,” says Thorn. “This could be labeled as an XO, which would typically fetch at least $100.” 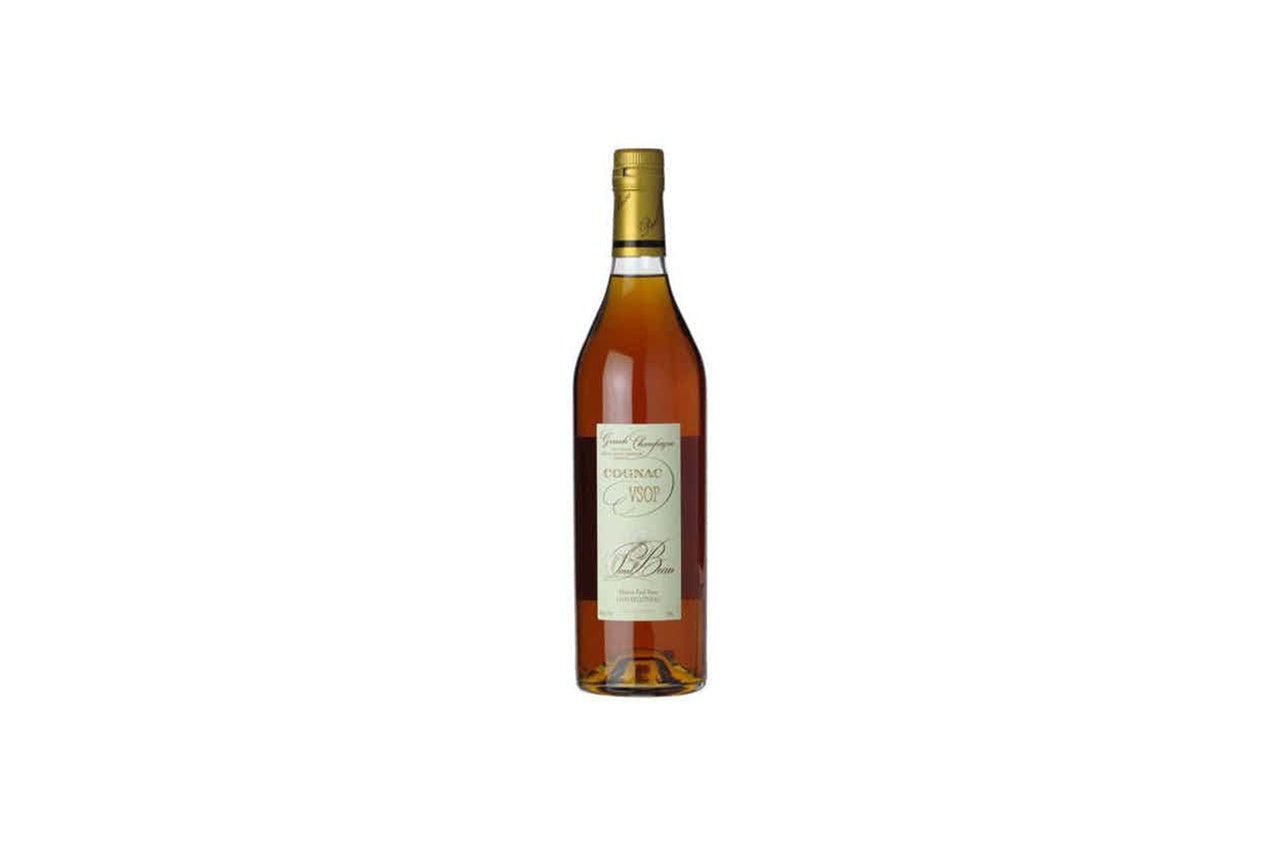 Similarly, Guillon-Painturaud VSOP Cognac is also an average age of fifteen years old, far exceeding the VSOP designation. “Line Guillon-Painturaud produces on her family’s 18 hectare estate, and she is one of the few female master distillers in Cognac,” Thorn says. “Her Cognacs are elegant and fruit forward, and they are ridiculously good value considering the ages that are in the bottles.” 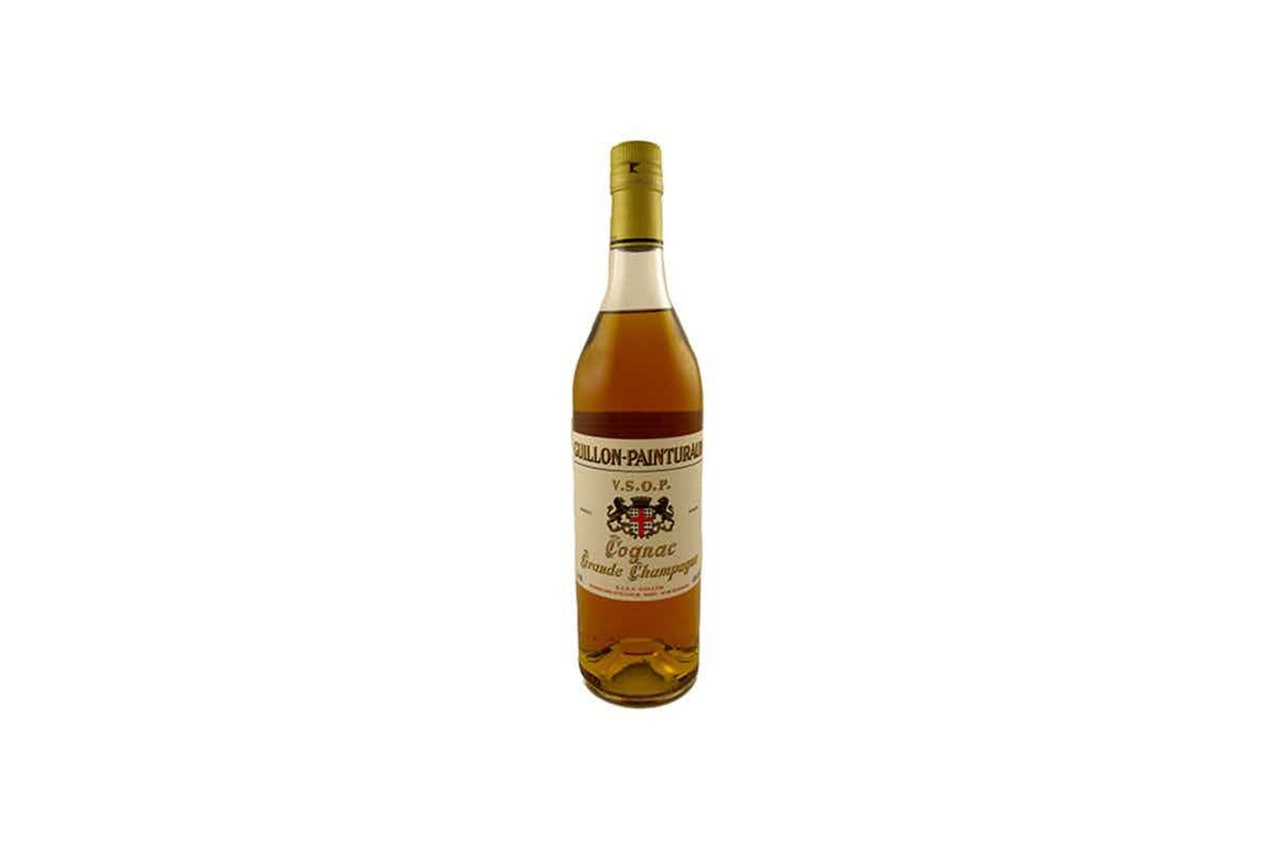 Dudognon 20 Year Vieille Reserve Cognac is made with biodynamically farmed grapes by a family that has been producing Cognac since 1776. With twenty years in wood, this Cognac could sport an XO designation, but that would be underselling the age of liquid by half. Nicolaescu raves, “This Cognac retails for approximately $90, making it not only a best value in Cognac but in the whole distilled spirits world.” 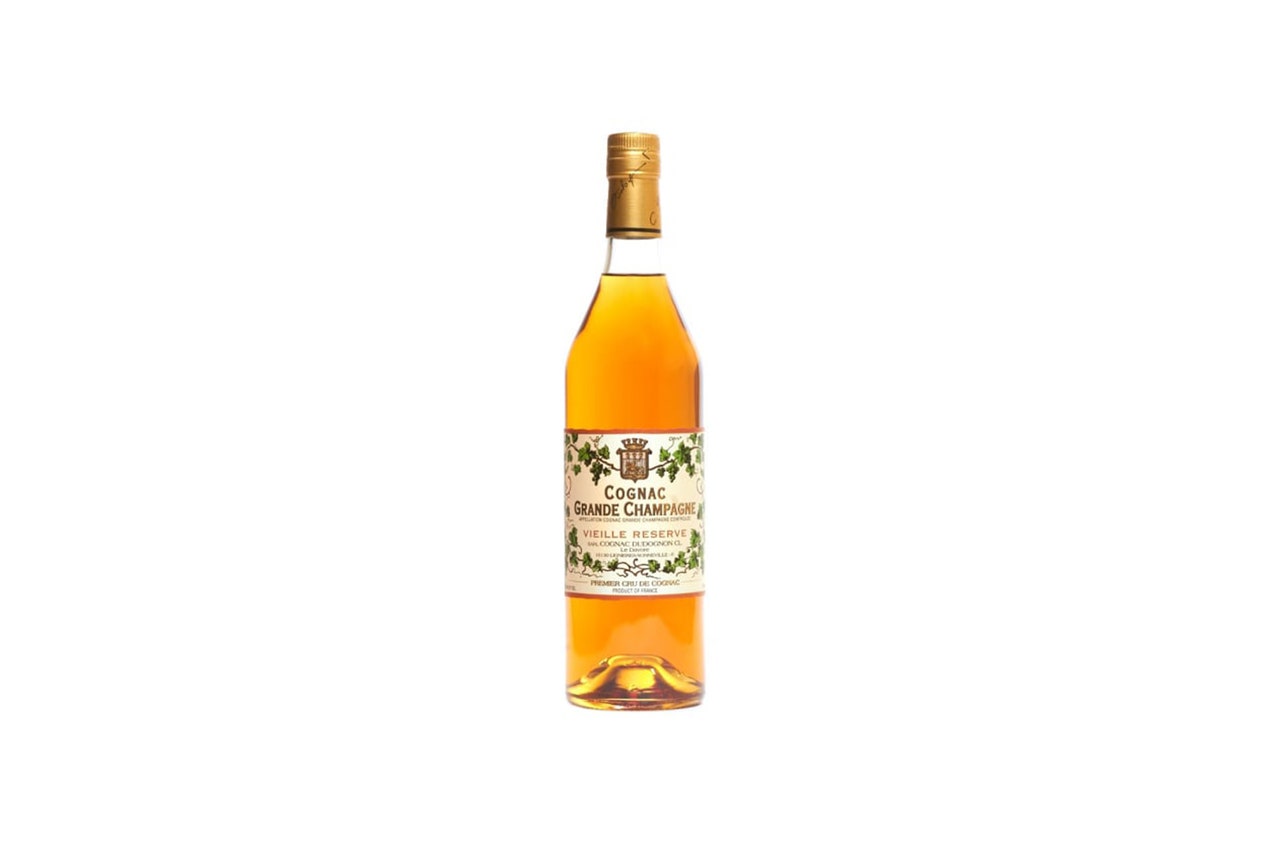 “The Philbert Rare Cask Sherry Finish is from a couple of brothers who are determined to go against the grain by experimenting with various cask finishes,” says Marshall. Or, as Thorn puts it, they’re “starting the ‘craft Cognac’ conversation.” Finishing in Sherry (or Sauternes) barrels and using single vineyard plots has Philbert treating Cognac like the wines that have taken over our favorite wine shops. 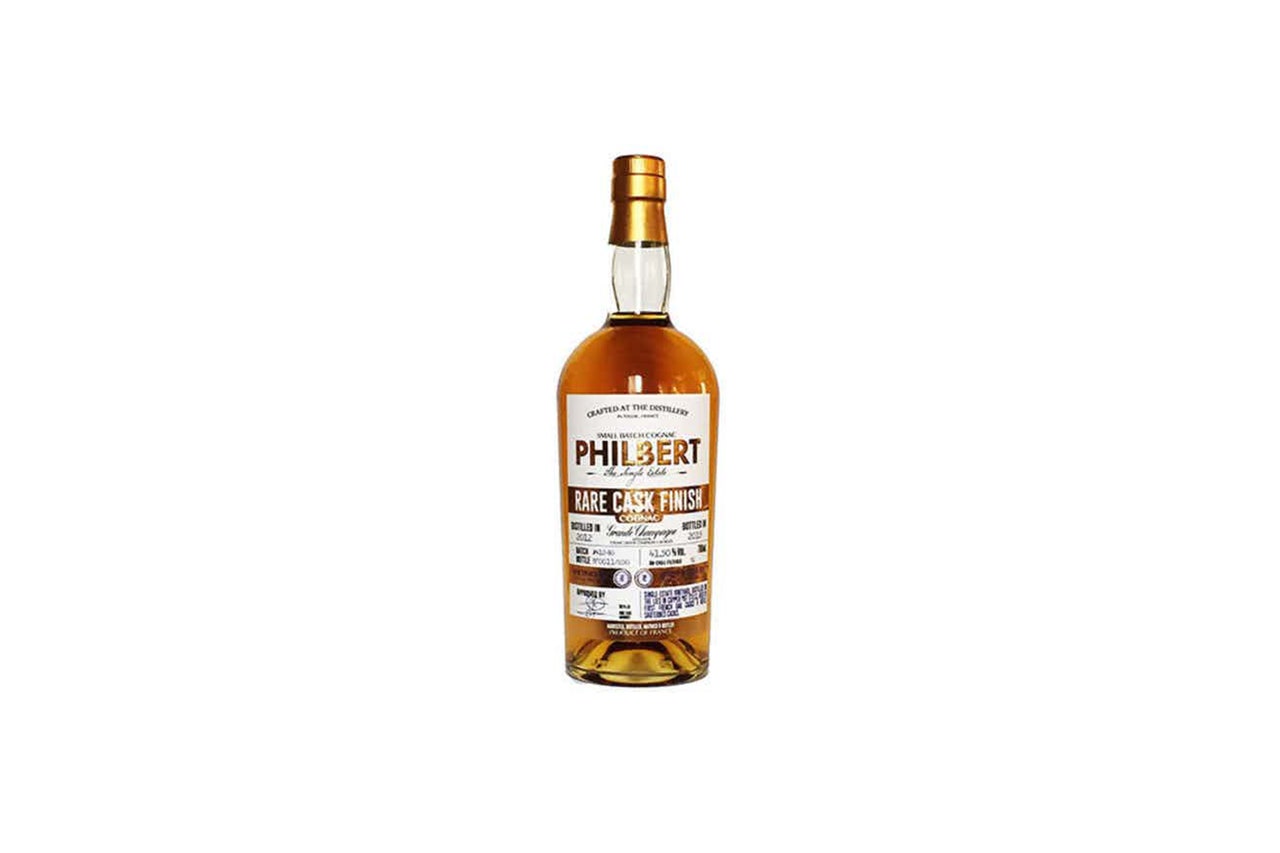 “ABK6 is one of my absolute favorite producers in all of Cognac, creating beautiful and elegant expressions with both intensity and subtlety,” says Star. “They’re also made by one of the most incredible female producers in the spirits world. I’m particularly fond of the ABK6 Family Reserve XO.” 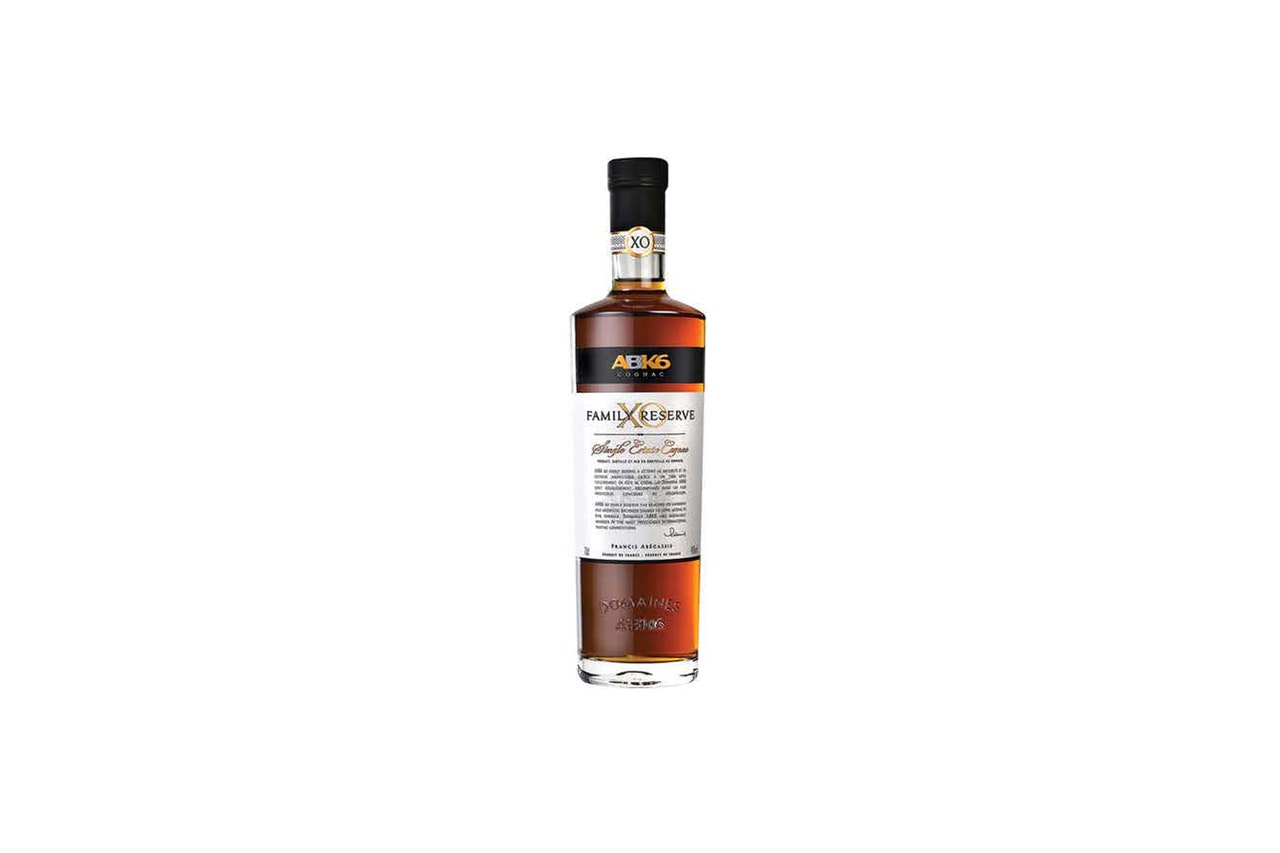 “Hennessy is best known for its VS bottling, but what I love about Hennessy Master Blender’s Selection is that it takes all of the characteristics you get with the VS—the brightness, the smoothness—and pushes them further. But it’s more than just a hyped up version of the VS. It’s a flavorful expression of what the large house can deliver when it is really looking to show off.” —Ezra Starr 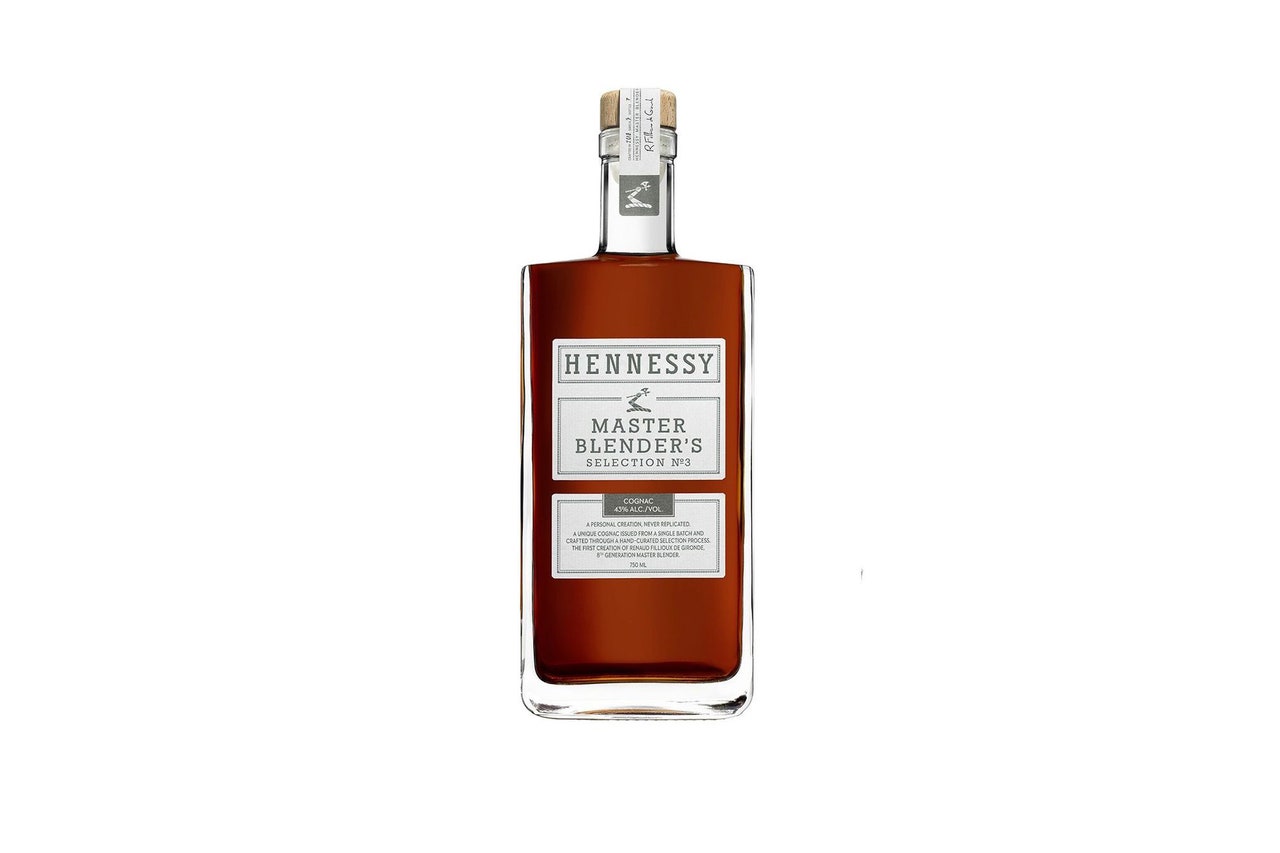 “Navarre Cognacs are such a treat. Jacky Navarre is a fourth-generation distiller, and his production methods are slow and old-school. He hand-harvests the grapes, distills in small batches, and does not reduce with water, but instead allows reduction to take place only in barrel over time. The average age is 40 to 50 years old. Navarre Vieille Reserve is around $250 retail, and it is worth it.” —Kellie Thorn 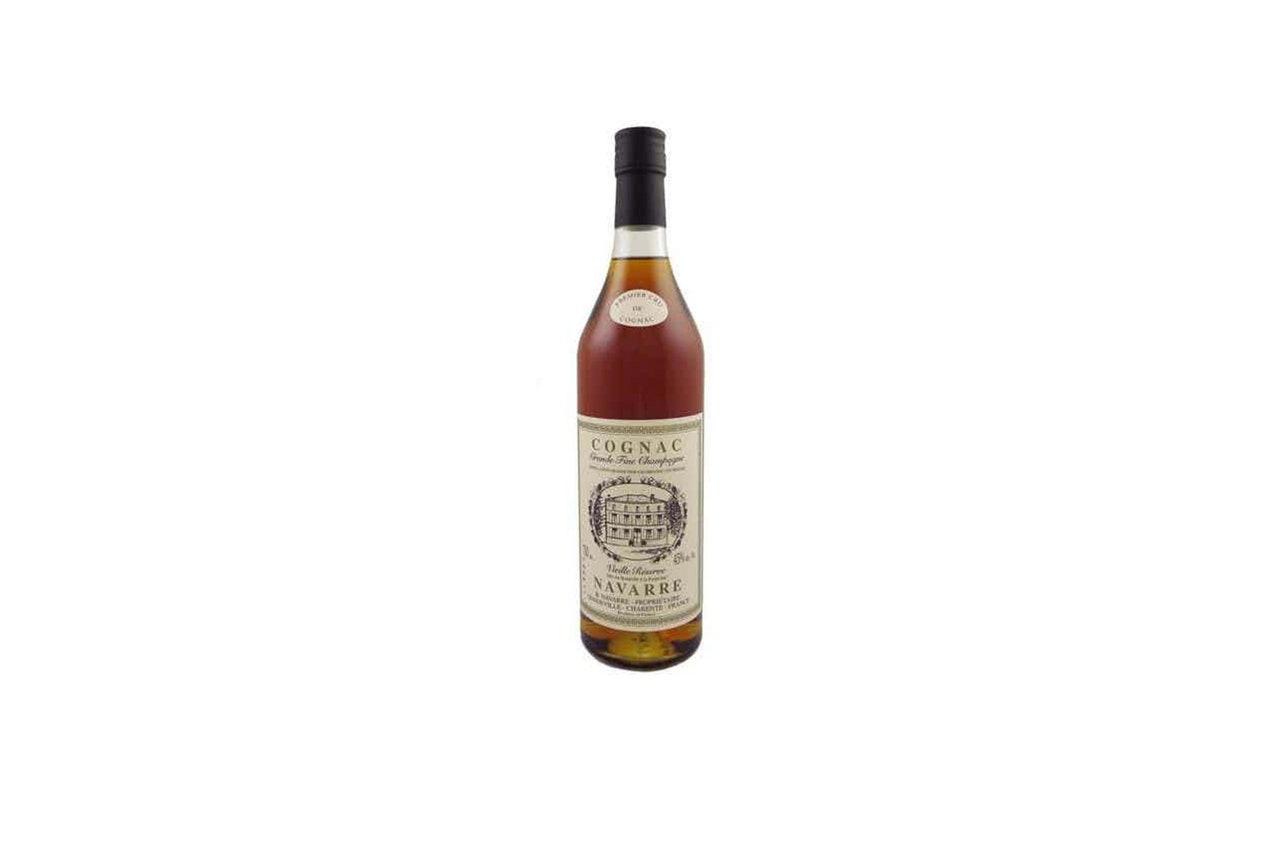 “D’ussé XO is a sexy bottle with well-rounded XO characteristics of dried stone fruits and dark chocolate. It’s a splurge worth the effort.” —H. Joseph Ehrmann 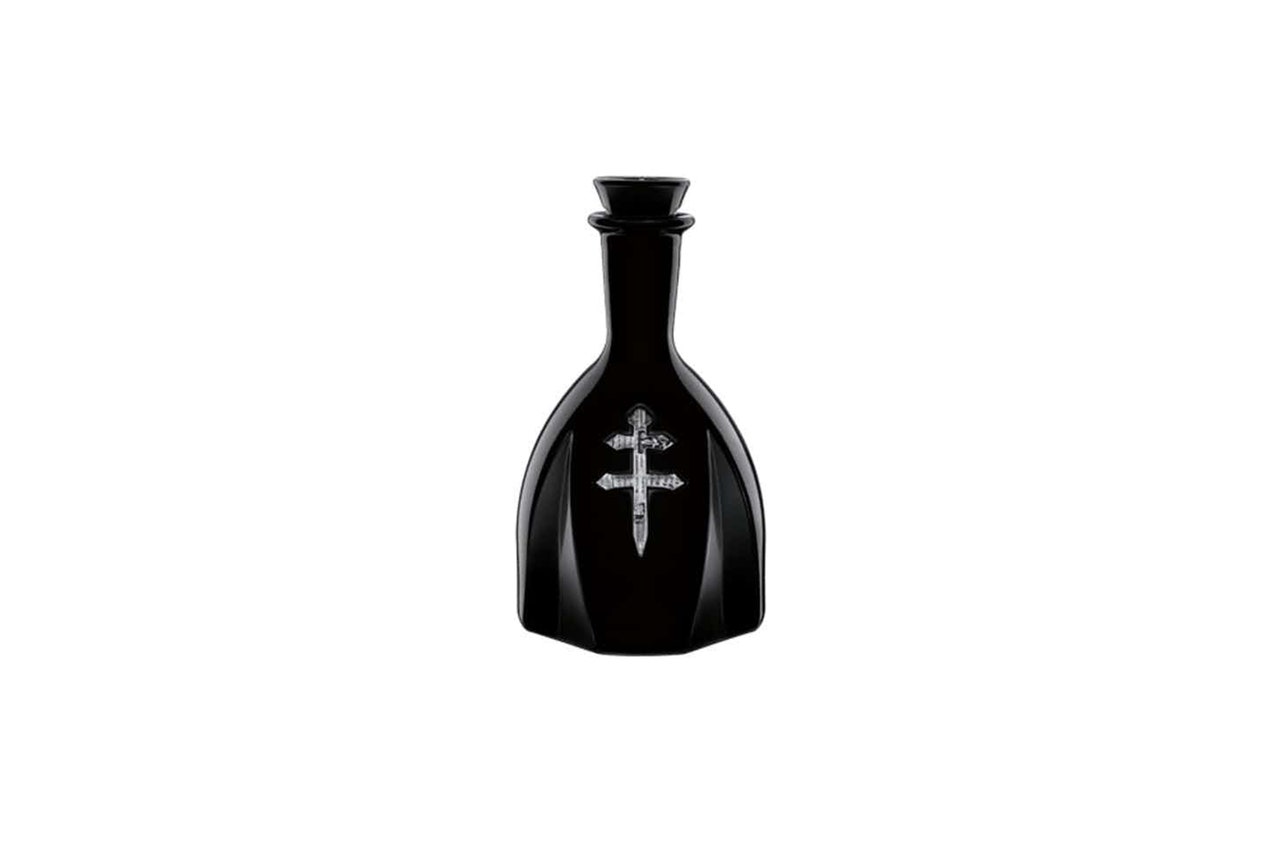