Fans of “The Golden Girls” are celebrating their love and admiration for the sitcom and the actors who led the show with a fan convention in Chicago.

People traveled far and wide to attend the Golden-Con: Thank You For Being a Fan convention from Friday, April 22, to Sunday, April 24.

‘GOLDEN GIRLS’ CONVENTION TO DEBUT IN CHICAGO IN 2022

“We have folks coming from as far away as Australia, Ireland and England.”

Fans traveled to Chicago’s historic Navy Pier, where they’ve donned costumes and have joined panels and show-related events in honor of “The Golden Girls.”

Convention attendees have participated in a number of themed activities, including live parody shows, autograph sessions with stars and producers, trivia competitions, a disco party and a costume contest.

The three-day day convention, originally announced in December 2021, comes three months and three weeks after the death of actress Betty White — one of the four leading ladies on the beloved sitcom. 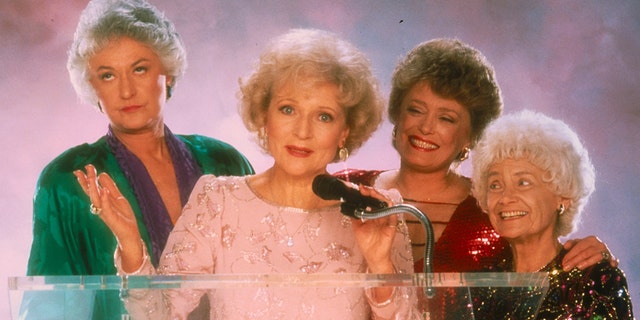 Attendees have reportedly left notes about the late “Golden Girls” at a convention booth, according to the Associated Press.

“The Golden Girls” TV show debuted in 1985 and went on to have seven seasons.

It focused on the fictional lives of Getty (Sophia Petrillo), Arthur (Dorothy Zbornak), McClanahan (Blanche Devereaux) and White (Rose Nylund) as they navigated their golden years in a shared home in Miami.

The show gave life to three spin-offs, including “The Golden Palace,” “Empty Nest” and “Nurses.”

Fans of the show have been expressing their love for the show with live events.

One of those includes a “Golden Fans at Sea” cruise that’ll be hosted on a ship from Celebrity Cruises.

The convention in Chicago is said to be the “first ever” of its kind, according to Hudson. 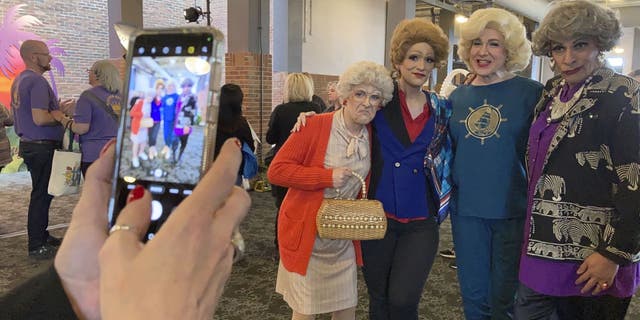 Drag queen performers dressed as characters from “The Golden Girls” at the Golden-Con: Thank You For Being A Fan convention for in Chicago.
(AP Photo/Terry Tang)

“This is a convention for fans of the greatest TV sitcom,” Hudson told Fox News Digital.

“And fans of ‘The Golden Girls’ are the best fans in the world.”

“We came together by the thousands — and with about 25 drag queens — this weekend to celebrate friendship, cheesecake and laughter,” he continued. “We couldn’t be happier with the reception.”