American Music Awards 2020: Everything to know about tonight’s show

As the pandemic rages on, so does this quasi-virtual whirlwind of an awards season. Days after a stacked lineup of entertainment luminaries took the stage at the Latin Grammy Awards, it’s already time for the next 2020 ceremony: Sunday’s American Music Awards.

As we await Tuesday’s 63rd Grammy Award nominations, many of music’s biggest stars will vie for fan-determined prizes, from favorite music video to artist of the year.

Here’s everything you need to know about the 2020 AMAs broadcast.

What time is the show, and where can I watch it?

The three-hour AMAs telecast will air live from Los Angeles’ Microsoft Theater tonight on ABC starting at 5 p.m. Pacific. The ceremony also will be available to stream on the ABC website, with a cable subscription, and on Hulu Live TV. 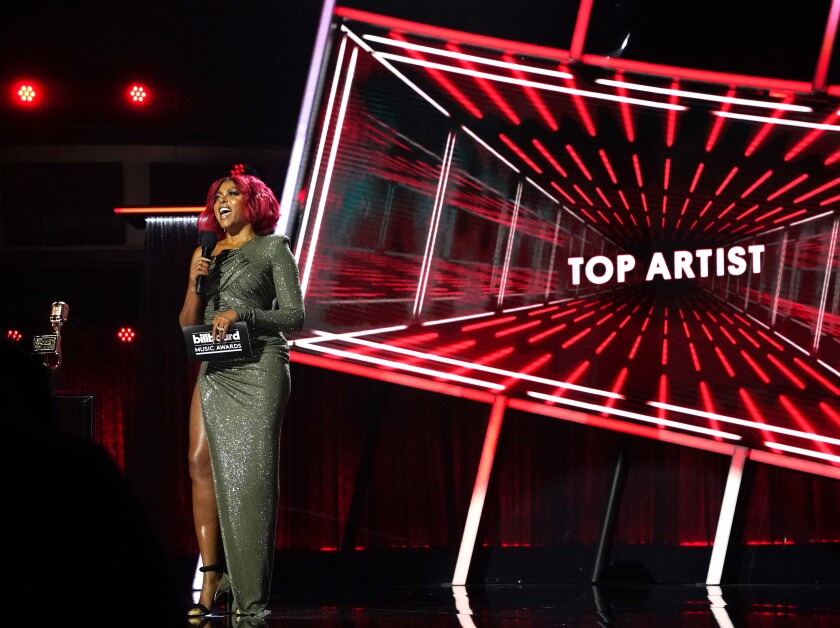 Taraji P. Henson presents an award during the 2020 Billboard Music Awards in Hollywood.

The Emmy- and Oscar-nominated actress has previously emceed the BET Soul Train and Black Girls Rock! Awards. She also recently participated in the 2020 Billboard Music Awards as a presenter.

“I am so excited,” Henson told Jimmy Kimmel of her AMAs gig earlier this month. “I mean, it’s bittersweet because I … was trained in theater, so I love a live audience. But obviously because of COVID, that b—, no one can go outside and play. We’re all punished.

“At this point, I’ll do anything to get out of the house,” she added. Same, Taraji. 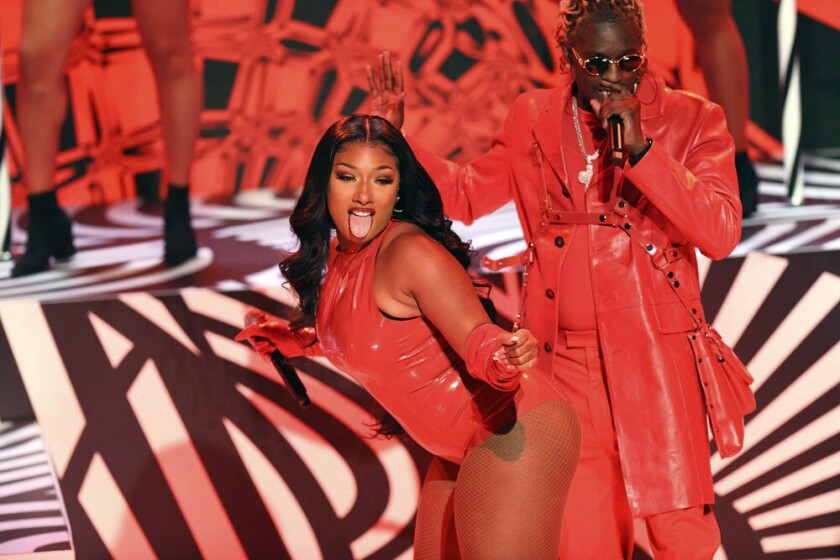 Ricch and Meg are also up for the coveted new artist of the year award, alongside Lewis Capaldi, Doja Cat, DaBaby and Lil Baby. And in the running for the top artist of the year prize are Ricch, Justin Bieber, Post Malone, Taylor Swift and the Weeknd.

Other nominees include Lady Gaga, Bad Bunny, Billie Eilish, Kanye West, Dan + Shay, BTS, Harry Styles and Juice Wrld, the last of whom received a posthumous nomination for male rap/hip-hop artist after he suffered a seizure and died at age 21 in December. 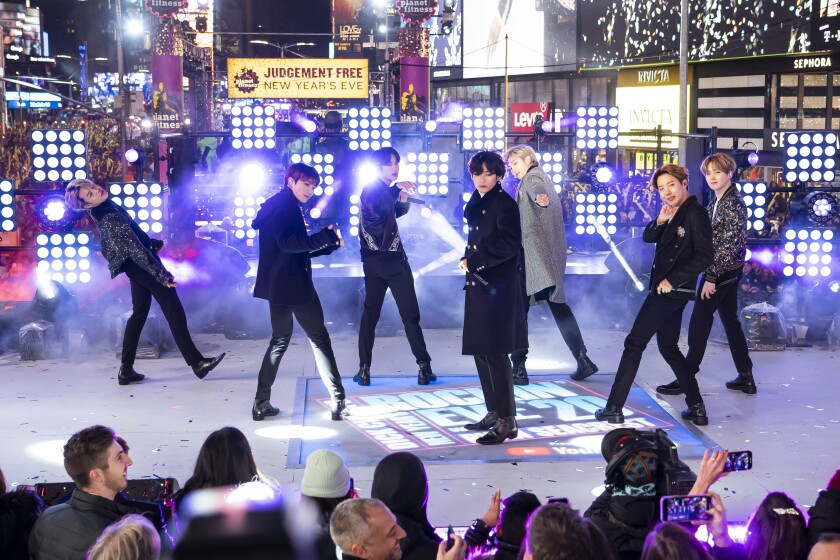 Meg will likely debut a live version of a track from her brand-new album, “Good News,” which arrived Friday. And pop star Katy Perry is set to perform “Only Love,” also a tune from her most recent studio entry, “Smile.”

Other participants include Bell Biv DeVoe and Nelly, each slated to showcase “a medley of memorable club-banging hits,” as well as Jennifer Lopez and Maluma, who will bring their twofold “Pa Ti”https://www.latimes.com/”Lonely” collaboration from the forthcoming romantic comedy “Marry Me” to the AMAs stage.

Rounding out this year’s performers are:

How will COVID affect things?

Much like previous pandemic-era award shows, Henson and some of the other talent will take turns on the Microsoft Theater stage. But because of the ongoing public health emergency, there will be no in-studio audience.