American Slapfest: How Will Smith reflects a smackdown culture

Chris Rock isn’t the only one getting slapped around these days.

The Oscars assault by Will Smith is utterly dominating social media–what war in Ukraine?–and that’s understandable. It was a shocking moment, on live television, over a tasteless joke, and the way-too-late apology from Smith (“wrong” and “out of line”) is nothing but carefully crafted damage control.

But the ugly incident got me thinking that we live in a slap culture, where journalists, pundits and tweeters love nothing more than to smack someone. People of every political persuasion do it, many are addicted to it, and they’re rewarded with clicks, retweets, ratings and just plain attention.

Will Smith, right, hits presenter Chris Rock on stage while presenting the award for best documentary feature at the Oscars on Sunday, March 27, 2022, at the Dolby Theatre in Los Angeles.
(AP Photo/Chris Pizzello)

These are not physical altercations, except in rare instances, but you can practically hear the slap and the counter-slap. They inflict damage as surely as a punch in the nose.

Donald Trump is the classic slapper–calling opponents idiots, morons, lowlifes and, for folks of my ilk, enemies of the people–but no president has ever been pummeled as viciously, at least some of the time unfairly.

Joe Biden, by contrast, seems like the classic backslapper, but he has a temper. He called Fox’s Peter Doocy a “stupid son of a bitch” and questioned whether CNN’s Kaitlan Collins should be in the news business.

As with any president, Biden gets slapped around, called confused, senile and worse. He also showed that he can deliver a great slap when he declared that Vladimir Putin “cannot remain in power.” Unfortunately, the sting of that blow was neutralized by the White House walkback that he wasn’t talking about regime change–and the president now says he was merely expressing “outrage.” Which is sort of our national pastime. But there are different rules when you’re POTUS.

It’s only been days since Ginni Thomas got slapped around by just about everyone for her wild texts to the Trump White House about trying to overturn the election. She did some expert slapping of her own, telling Mark Meadows about the “Biden crime family,” journalists and others headed to barges off Gitmo to face tribunals for treason. I’ve been highly critical of these wild conspiracy theories, though in fairness she didn’t intend for the messages to become public.

But now the slapping has extended to her husband, with liberal demands that Clarence Thomas recuse himself from Jan. 6-related matters after having declined to do so in a couple of past cases. That’s fair game, but some Democrats, like Alexandria Ocasio-Cortez, are insisting the justice resign or be impeached rather than “further delegitimize SCOTUS.”

AOC is a champion slapper, having responded to criticism about appearing maskless with her guy in Florida by saying: “If Republicans are mad they can’t date me they can just say that instead of projecting their sexual frustrations onto my boyfriend’s feet. Ya creepy weirdos.” And the congresswoman is regularly slapped around by the Right. Case in point: Rep. Paul Gosar last fall posted an animated video of him killing AOC–the ultimate takedown fantasy.

Speaking of the Supreme Court, Ketanji Brown Jackson got hammered in some pretty personal ways during her confirmation hearings as Republicans tried to portray her as soft on child pornography.

But that was a cakewalk compared to the depiction of Brett Kavanaugh as a high school rapist based on accusations with no direct evidence. Supreme Court nominees are now expected to endure slap-happy interrogations as the price of admission. 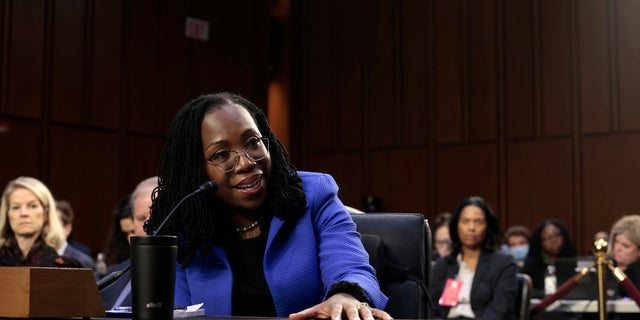 I could go on: Restaurants and shops refusing to serve the likes of Sarah Huckabee Sanders because they worked for Trump. The censuring of Liz Cheney for taking on Trump. The pillorying of every “Karen” who acts badly. Jussie Smollett faking a MAGA hate-crime beating to score a political point. And the daily denunciations that have turned so many into combatants on Twitter and Facebook.

In his Substack column, Matt Labash says there’s a perfectly obvious reason for grievance-driven media and social media: there’s a market for it.

“You don’t yell at your McDonald’s drive-thru attendant for serving you junk food. If you’re consuming McDonald’s, that’s what you’ve come for.”

SUBSCRIBE TO HOWIE’S MEDIA BUZZMETER PODCAST, A RIFF ON THE DAY’S HOTTEST STORIES

And if you consume cable news and follow the online wars, he says, “you’re largely going to get quarrelsome people throwing food at each other… And the reason you keep watching/reading is the same reason you keep going through the drive-thru window for your Big Mac – for the high-calorie, grease-soaked, dopamine drip of it all.”

So that’s why seemingly everyone on the planet has weighed in on the Will Smith slap–we binge on this stuff. But it’s really part of a cultural shift toward rhetorical fisticuffs that does violence to society. And Will still won his Oscar.