It was the Oscars moment that needs no introduction: Wil Smith striking presenter Chris Rock across the face after taking offense to a joke about his wife Jada Pinkett Smith.

Almost a day after arguably one of the most shocking moments in Oscars history, Will has released a statement.

WATCH IN THE VIDEO ABOVE: The chaotic moment Will Smith charged to the stage

“Violence in all of its forms is poisonous and destructive,” Will wrote on Instagram.

“My behaviour at last night’s Academy Awards was unacceptable and inexcusable.

“Jokes at my expense are a part of the job, but a joke about Jada’s medical condition was too much for me to bear and I reacted emotionally.”

The actor then directed his attention to presenter Chris Rock.

“I would like to publicly apologise to you, Chris.

“I was out of line and I was wrong. I am embarrassed and my actions were not indicative of the man I want to be.

“There is no place for violence in a world of love and kindness,” he went on.

“I would also like to apologize to the Academy, the producers of the show, all the attendees and everyone watching around the world.

“I would like to apologize to the Williams Family and my King Richard Family.

“I deeply regret that my behavior has stained what has been an otherwise gorgeous journey for all of us.

“I am a work in progress.“Sincerely, Will.”

What was the joke about?

Chris Rock made a joke about Jada Pinkett Smith’s shaved head, which did not appear to go over well with her husband Will Smith.

While presenting the award for best documentary, Chris joked, “Jada I love you, G.I. Jane 2, can’t wait to see it.”

The camera cut to Jada, who rolled her eyes as she sat next to her husband.

“That was a nice one,” Chris said, appearing to respond to the joke not going over well.

Jada has been open about her struggle with alopecia, an autoimmune disorder that leads to hair loss.

Chris then said, “Oh uh,” and laughed as Smith walked toward him on stage and appeared to strike Chris in the face. 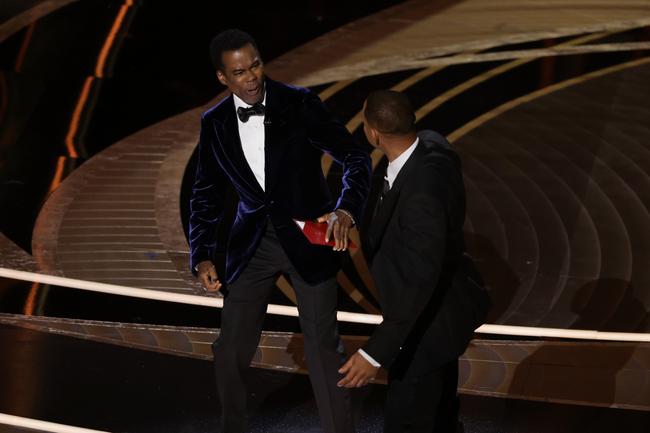 Will Smith took offence at one of presenter Chris Rock’s jokes about his wife Jada Pinkett Smith Credit: Getty Images

He went on to say it was just a joke, but Smith shouted twice after returning to his seat: “Keep my wife’s name out of your f***ing mouth!”

The theatre went silent and Chris said, “That was the greatest night in the history of television.” 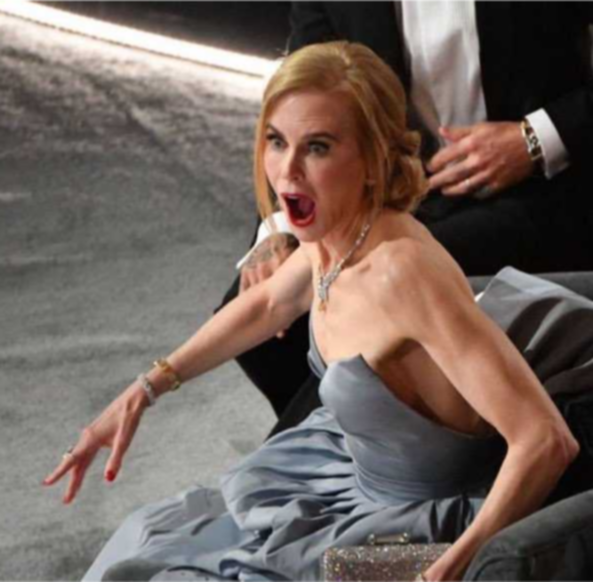 A clearly shaken Chris went on to present the award for best documentary feature to Summer of Soul (Or, When The Revolution Could Not Be Televised).

Twitter immediately exploded, with viewers undecided if it was an unscripted moment or not.

Sean “Diddy” Combs took to the stage later and said the pair would settle things “like family” later.

Moments after Smith’s outburst, the broadcast went to an ad break.

It was then fellow Hollywood heavy-hitters Denzel Washington and Tyler Perry rushed to check in on the visibly rattled King Richard actor.

Close friend Bradley Cooper was also seen consoling Smith, delivering some kind words before the pair embraced in a hug.

An emotional Smith could be seen reaching for his pocket square before dabbing his eyes and returning to his seat.

‘Hope the Academy invites me back’

After later winning the Best Actor for King Richard, Smith took to the stage and said: “Richard Williams was a fierce defender of his family” – no doubt a reference to Chris Rock’s jibe about his wife.

Smith also apologised to the Academy and his fellow nominees although he did not mention Chris.

Will smith breaks down in tears during Oscars speech.

Will smith breaks down in tears during Oscars speech.

“I hope the Academy invites me back!”, he said at the end of his tearful acceptance speech.

According to Variety, Smith’s publicist spoke to the actor at the commercial break and fellow actor Denzel Washington also had a word. 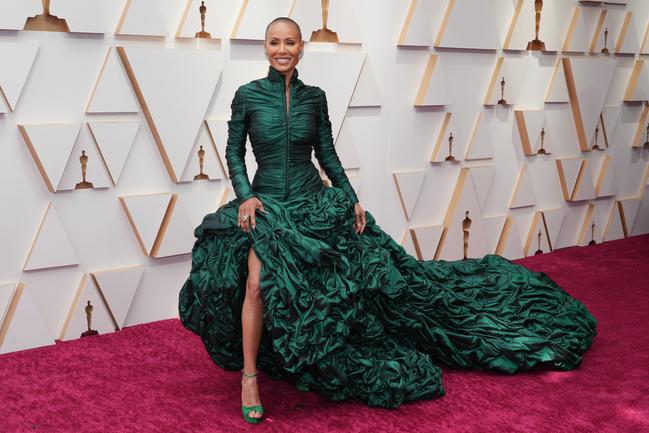 “Y’all know I’ve been struggling with alopecia. Just all of a sudden, one day…it just showed up like that,” she wrote.

“Mama’s gonna have to take it down to the scalp so nobody thinks she got brain surgery or something.

“Me and this alopecia are going to be friends … period!”

The Los Angeles Police Department later stated that Chris Rock did not intend to press charges against Will Smith.

After the show, the Academy of Motion Pictures Arts and Sciences issued a statement saying it “does not condone violence of any form.”

Watch the Oscars live on Channel 7 and on 7plus.