Fun runs to do in Los Angeles right now

Hello, spring! Sun? Shining. Birds? Chirping. COVID-19 restrictions? Cautiously lifting. All of which means it’s a great time to get outside and run.

You might join a running club, take up a running challenge or sign up for a local race. But if you’re less into speed and more into the experience of getting outdoors and doing something a little ridiculous — and earning a medal for it — we’ve found six fun runs around Southern California that you can sign up for right now. (And if you want even more of a workout, we’ve rounded up the best local spots where doing that is really enjoyable.)

These runs — one involving a red carpet, another that celebrates tacos and all of which will get your heart pumping — are more memorable than your typical 5K. On your mark, get set, here we go.

The Screenland 5k, taking place Oscar Sunday, starts under a rainbow made of balloons and ends on a red carpet.

Spend Oscar Sunday with the stars

Dress up as your favorite movie character to run through the streets of Culver City. The route runs mostly on Washington and Culver boulevards and goes past the Culver Hotel, where the actors playing the Munchkins stayed while filming “The Wizard of Oz” at the former MGM Studios (now Sony Studios) nearby. What better place to finish a 5K on Oscar Sunday than on a red carpet?

Have some good, clean fun

Prepare to get sudsy at this family-friendly event, which features a pre-party with giant foam cannons spewing bubbles, followed by multicolored bubbles during the race and a “mini-music festival” after party with even more suds. The pressure’s off for this 5K — there isn’t a race clock or timing chips. Instead, the organizers encourage participants to “dance and play” throughout the 3.1 mile-route. 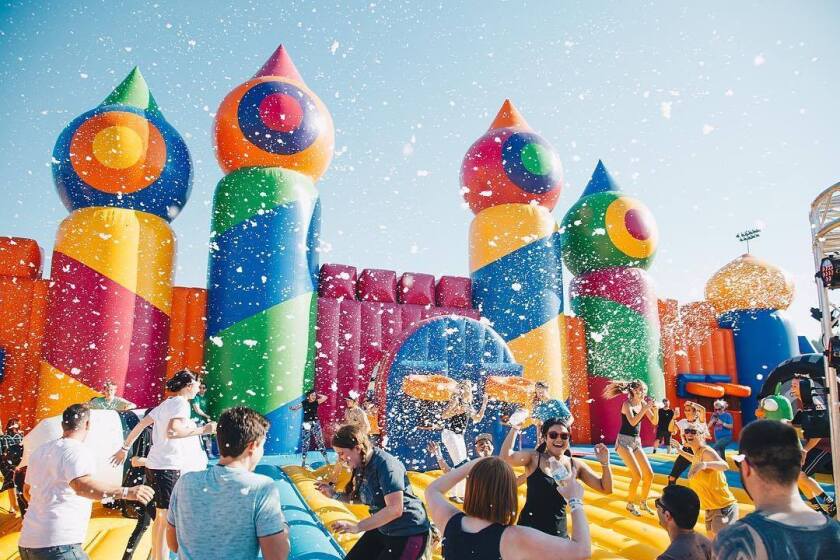 Make your way through the world’s biggest bounce house

Run … and then taco ‘bout it

The name says it all: At the end of this race at Whittier Narrows Park, you’ll have a pretty great reward. Sponsored beer at past events included Estrella Jalisco, Bud Light and Montejo. During the race, there’s live music along the course, and the festival after the run includes a costume contest, piñata party, various games and a mechanical bull. 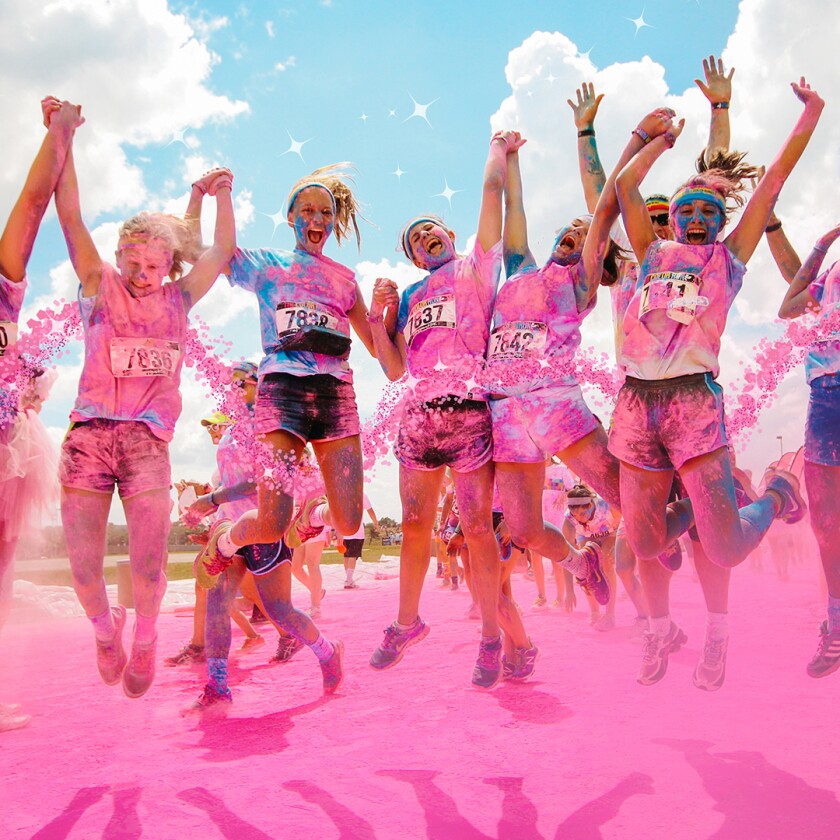 It’s known as the “happiest 5K on the planet.” This is another run with no pressure, because it’s untimed and focuses on having fun — organizers say it’s “more about health and happiness than competition.” At each kilometer marker, participants make their way through a wave of colored powder. At the end, you’ll be covered head to toe in color. (I’ve done this run. A tip: Wear white or light-colored clothing to be sure you soak up as much color as possible.) 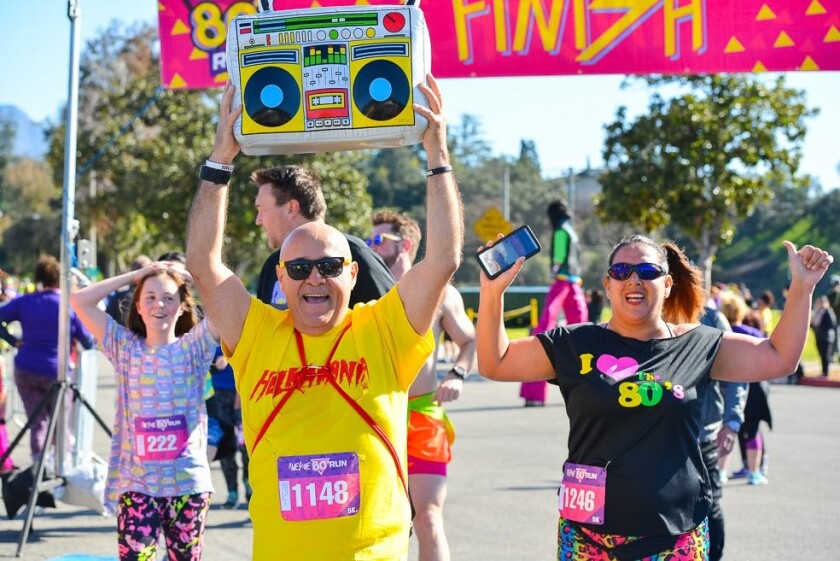 Runners throw on their best ’80s outfits for a run around Long Beach’s Shoreline Village.

Take a trip back in time and grab some slouchy shirts and neon leggings for this race, which also has a San Diego event. During the run through Shoreline Village in Long Beach, you’ll find “tons of gnarly surprises along the course as well as tunes from the most righteous decade of all time.”