Here are the latest updates:

Biden says he was not calling for regime change in Russia

United States President Joe Biden has said he was not calling for regime change in Russia when he said that President Vladimir Putin “cannot remain in power”.

When asked by a reporter in Washington, DC, whether he was calling for regime change in Moscow, Biden said: “No”.

Biden made the initial remarks last week during a speech in Poland, in which he also called Putin a “butcher” and said the world must prepare for a “long fight ahead”. Several US officials have since stressed that Biden was not calling for regime change in Moscow. 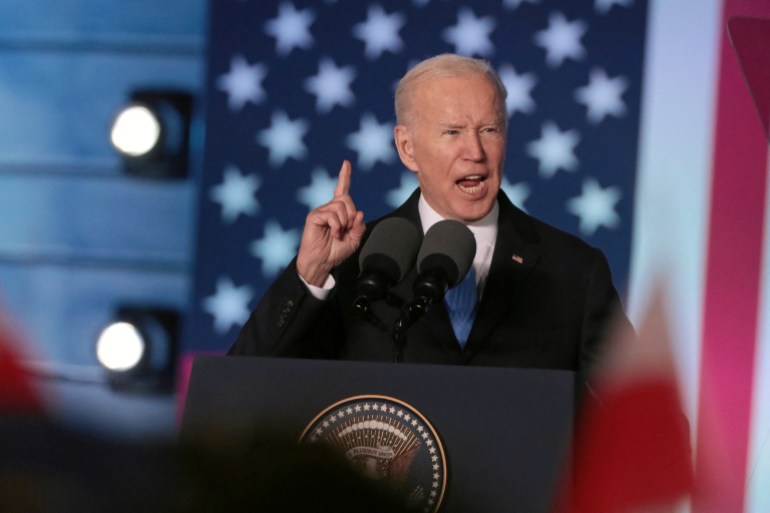 Biden made the comments during a fiery speech in Warsaw, Poland, on Saturday [Slawomir Kaminski /Agencja Wyborcza.pl via Reuters]

The NATO military alliance is not aiming to remove Vladimir Putin from power, German Chancellor Olaf Scholz has said, a day after US President Joe Biden branded Putin a “butcher” and said he “cannot remain in power”.

It “is not the objective of NATO, nor that of the US president”, Scholz told German public broadcaster ARD.

“I’ve had the chance to talk at length with him at the White House and we have also discussed these questions,” he added. 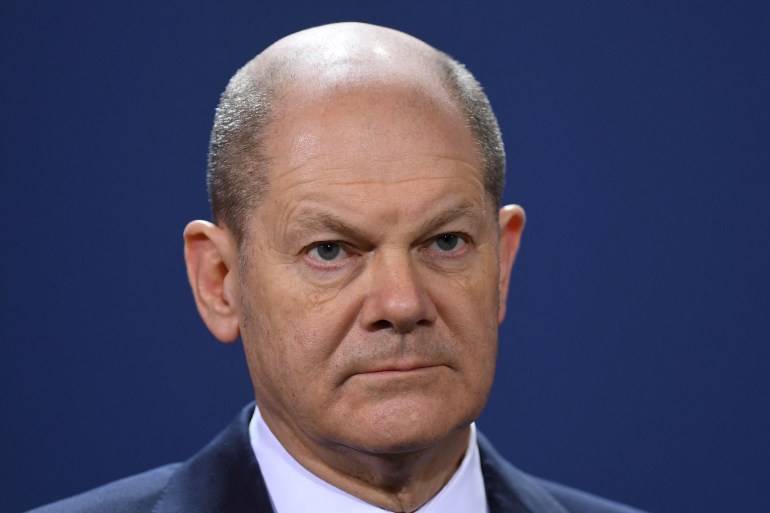 Ukraine to insist on territorial integrity in new Russia talks

Ukraine will insist on sovereignty and territorial integrity at the next round of negotiations with Russia, President Zelenskyy has said.

“Our priorities in the negotiations are known: sovereignty, territorial integrity of Ukraine are beyond doubt,” he said in a video address. “Effective guarantees of security are a must. Obviously, our goal is peace and return to normal life in our country as soon as possible.”

Germany is considering purchasing a missile defence system to shield against a potential attack from Russia, Chancellor Olaf Scholz has said.

“This is certainly one of the issues we are discussing, and for good reason,” he told public broadcaster ARD when asked whether Germany might buy a defence system.

“We need to be aware that we have a neighbour who is prepared to use violence to enforce their interests,” he added.

In the same interview, the chancellor also addressed Germany’s decision to become more energy independent and said it would have to accept higher energy costs.

Scholz said it would not help to keep Germany’s nuclear power plants running longer, but he noted that the timing of the country’s plan to exit from coal was dependent on how quickly it made progress in expanding renewable energy.

Russian naval forces are also continuing to conduct sporadic missile raids against targets throughout Ukraine, the Ministry of Defence added.

President Volodymyr Zelenskyy has said his government is “carefully” considering a Russian demand of Ukrainian neutrality, a key point of contention as negotiators for both sides prepare for a fresh round of talks aimed at ending the brutal month-long war.

“This point of the negotiations is understandable to me and it is being discussed, it is being carefully studied,” Zelenskyy said during an interview with several independent Russian news organisations. 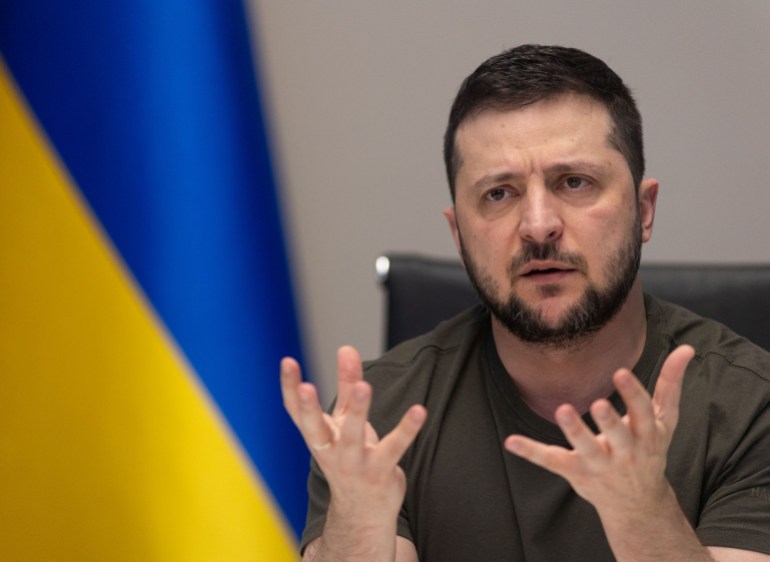 Russia is considering “a Korean scenario” for Ukraine and splitting the country in two after failing to seize the capital Kyiv and overthrow its government, the Ukrainian military intelligence chief has said.

Russian President Vladimir Putin “will try to impose a dividing line between the unoccupied and occupied regions of our country”, General Kyrylo Budanov, head of the Ministry of Defence’s Intelligence Directorate, said on Sunday as reported by the ministry’s Telegram account.

Next round of negotiations to be held this week

Russian and Ukrainian negotiating teams will meet for talks in the Turkish city of Istanbul, the Turkish and Russian presidents have agreed.

No dates were given for the meeting. Ukrainian negotiator Davyd Arakhamia said talks would resume on Monday, while Russian delegation leader Vladimir Medinsky said they would kick off on Tuesday.

Welcome to Al Jazeera’s continuing coverage of the war in Ukraine. Read all the updates from Sunday, March 27 here.