Do I Need a 4th COVID Shot? 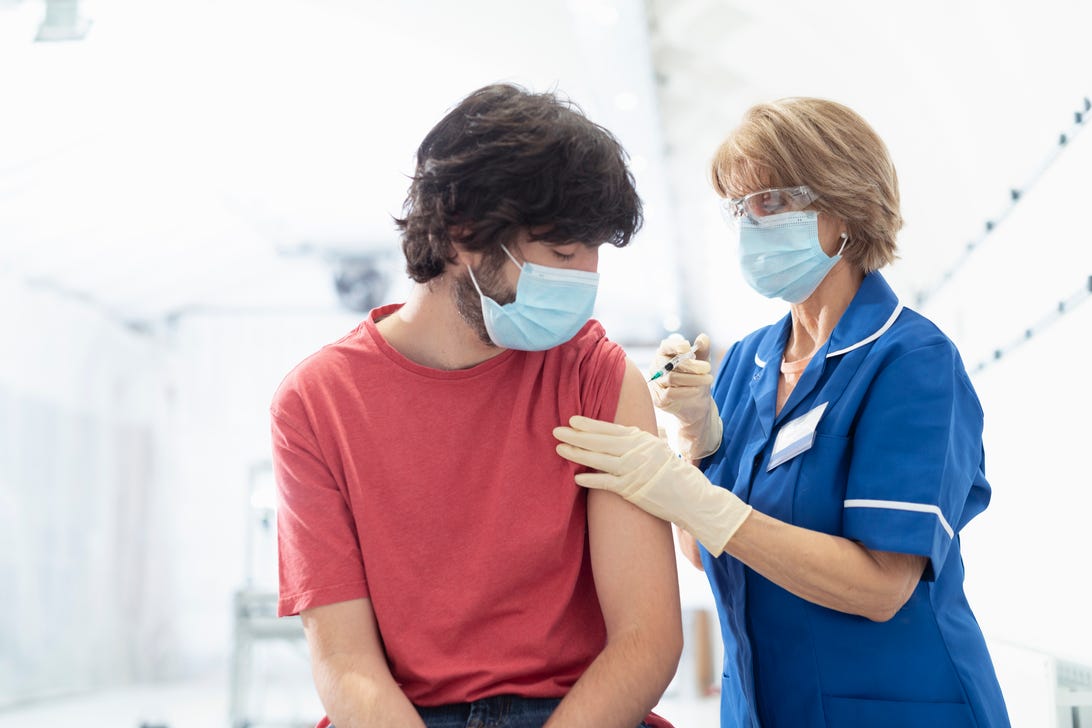 As pharmaceutical companies request approval for another COVID booster, questions remain about who needs it.

Last week, Pfizer and Moderna petitioned the US Food and Drug Administration to authorize an additional COVID-19 booster shot. Pfizer’s request was for adults 65 and older, a particularly vulnerable population, while Moderna seeks approval for all adults.

Because vaccine potency is known to wane over time, a fourth vaccine dose has long been a topic of study among researchers.

“It is necessary for a 4th booster,” Pfizer CEO Albert Bourla told CBS’ Face the Nation earlier this month. The current three-shot protocol is “actually quite good against hospitalizations and deaths,” he added, “but it doesn’t last very long.”

One report from Israel’s Sheba Medical Center found that a fourth dose of either the Moderna’s or Pfizer’s mRNA vaccine increased COVID antibodies by a factor of nine to 10 in the weeks after it was administered.

Read on for the latest on the fourth vaccine shot, including when it could be approved, who will be able to take it and if it’s necessary for everyone.

Who is eligible for a fourth COVID shot right now?

If the FDA approves Pfizer’s request, and the US Centers for Disease Control and Prevention agrees with the recommendation, Americans 65 and over could soon line up for their next booster.

If Moderna got the green light, anyone over 18 could get another dose.

Currently, though, the CDC has only approved the fourth shot for individuals who are immunocompromised or have other specific health issues, including people undergoing chemotherapy, organ and stem-cell transplant recipients, and those with HIV.

Individuals who meet the criteria need to receive a third primary dose at least 28 days after their most recent vaccination. Five months after that, they’re eligible for another booster.

According to the CDC’s recommendations, you don’t need to show proof you are immunocompromised.

The agency spoke with major pharmacy chains to ensure eligible Americans receive their fourth shot, but immunocompromised people have reported being turned away by some pharmacies, Kaiser Health News reported.

When will the US approve another booster for everyone?

Numerous studies indicate the effectiveness of COVID-19 vaccines decreases over time, and health officials continue to move toward recommending a second booster shot for the general population.

“The potential future requirement for an additional boost — a fourth shot for mRNA, or a third shot for Johnson & Johnson — is being very carefully monitored in real-time,” White House Chief Medical Adviser Dr. Anthony Fauci said in a February press briefing.

Israel, Germany, the UK, Sweden and Chile have already approved a fourth booster for older people or individuals with underlying health issues.

The FDA is potentially preparing to authorize another dose of mRNA vaccine in the fall, according to The Wall Street Journal.

Do you really need a fourth shot?

Hospitalizations and deaths from COVID-19 appear to be waning: While there were more than 12 million new cases last week, according to the World Health Organization, there was a 23% decline in mortality.

Still, that’s 33,000 deaths in one week. Pfizer’s Bourla told CNBC’s Squawk Box that “in an environment of omicron” another booster shot is “clearly” needed for everyone.

In a conversation hosted by CVS Heath Corporation last April, Bourla said one dose is enough for some vaccines, like for polio. But others, like the flu shot, have to be updated seasonally.

“The COVID-19 virus looks more like the influenza virus than the poliovirus,” he added. 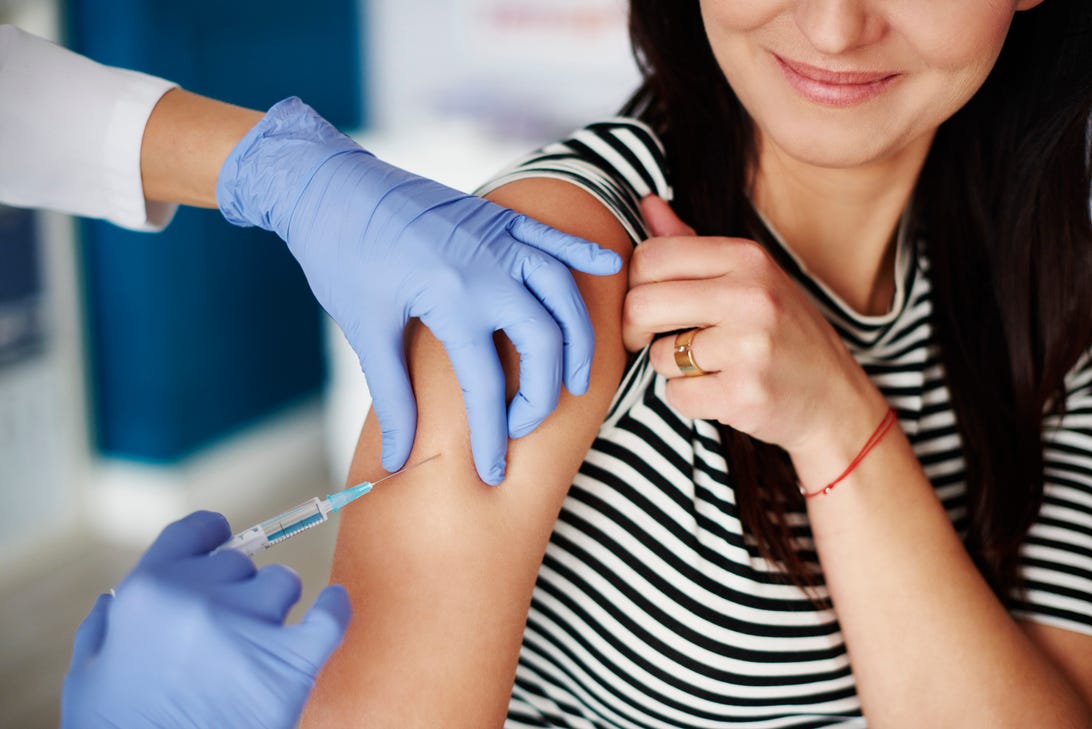 But Moderna said it requested approval for all adults 18 and up more “to provide flexibility” to the CDC and health care providers in deciding who needs another booster.

The company’s president, Stephen Hoge, told Business Insider last week he thought a fourth dose was probably necessary only for seniors and immunocompromised people. Others could make their own choice.

“Is it necessary? I think that’s a strong word,” Hoge said. “I think it will provide a benefit to anyone who gets it.”

There’s also a question of when to get the shot: If the vaccine’s protection lasts only a few months, should you make an appointment right away? Or wait, under the assumption that another “variant of interest” like omicron won’t come around for some time?

“It would be great if we knew exactly when the next wave was going to be so we could vaccinate people beforehand,” Amy Sherman, an infectious disease physician at Brigham and Women’s Hospital, told The New York Times.

Further complicating the equation is the cost: The Biden administration made the original series of shots available for free, but “right now, we don’t have enough money for fourth doses, if they’re called for,” White House coronavirus coordinator Jeff Zients said on the podcast In The Bubble, The Washington Post first reported.

There are funds to cover the cost for seniors to get a fourth booster. But for everyone to get another jab, the government would have to purchase close to 750 million doses of vaccine.

Messenger RNA vaccines, like the ones offered by Pfizer and Moderna, offer good protection against serious COVID-19 complications — especially after a booster — but their potency wanes over time.

During the omicron wave, protection from hospitalization fell from 91% within two months of an mRNA booster to 78% after four months. 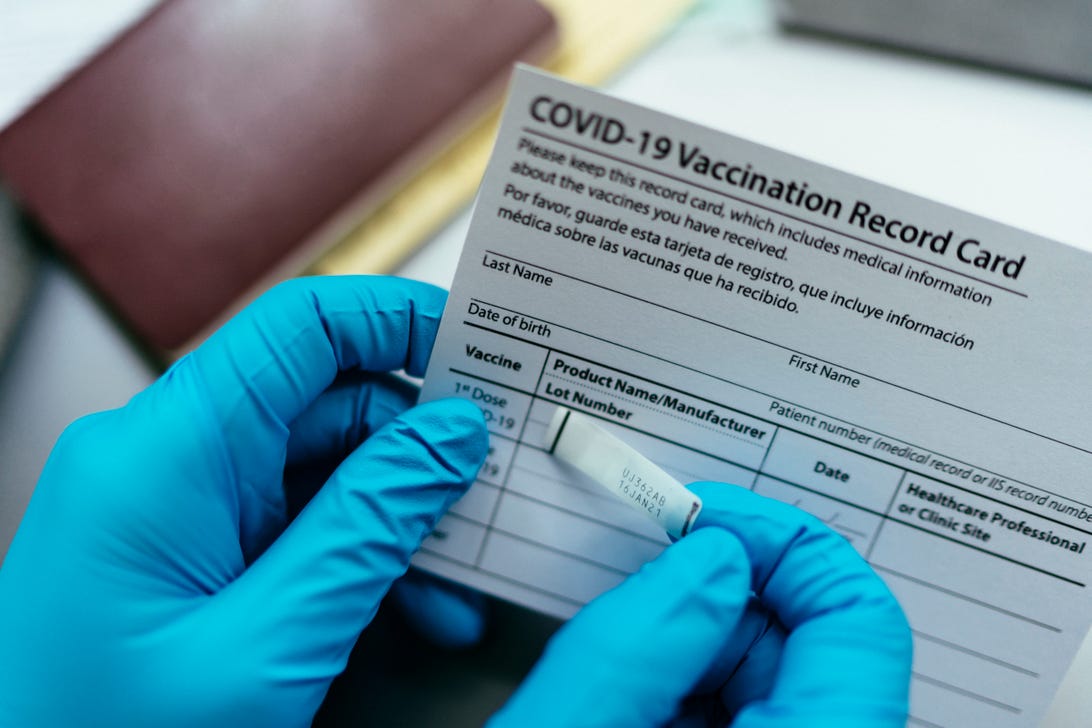 Three shots of an mRNA vaccine provided 87% protection against an ER visit within the two months, but fell to 66% after four months, and 31% after nine.

A February metastudy in The Lancet determined mRNA vaccines, like Pfizer’s and Moderna’s, decreased in their ability to fight off infection by from 20% to 30% six months after a third shot.

Their protection against “severe” disease and hospitalization remained high in the same time frame, however.

For symptomatic COVID-19 disease, vaccine effectiveness decreased by roughly 25% across the board at the six-month mark, and by 32% in people age 50 and older.

A CDC study found vaccines’ protection against hospitalization when omicron was dominant dropped from a high of 91% within two months of a booster to 78% after four months.

Get the CNET How To newsletter