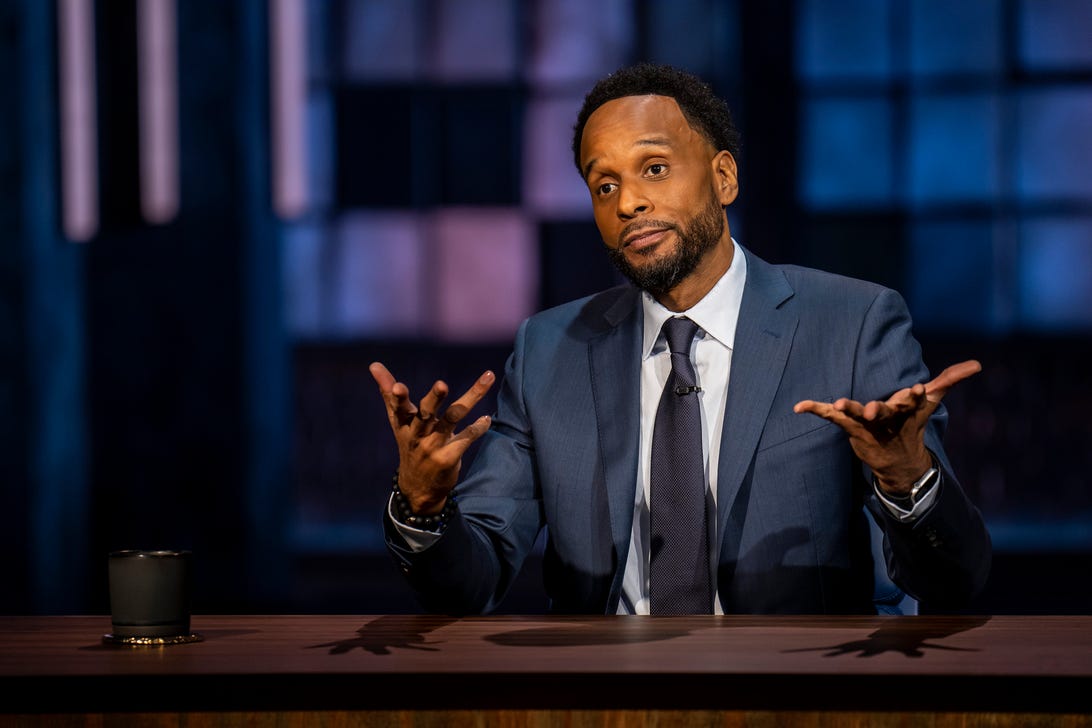 How to stop weed stigma for Asian Americans? Translate the lingo

How To Optimize Your Workflow And Get Hours Back Every Week

Game Theory with Bomani Jones gives the renowned sport journalist a bigger canvas to paint on.

This story is part of I’m So Obsessed (subscribe here), our podcast featuring interviews with actors, artists, celebrities and creative types about their work, career and current obsessions.

In a trailer for the new HBO show Game Theory with Bomani Jones, we see the Emmy Award-winning sports journalist getting his haircut and comparing a flopper in basketball to a Karen. If you need a refresher on what a flopper is or the Karen meme or why the analogy is absolutely brilliant, Jones has you covered. He stopped by CNET’s I’m So Obsessed podcast before the premiere of Game Theory to explain the analogy.

“In basketball, or soccer is another sport, you’re not allowed to physically throw people around. And so a flopper is somebody who pretends as though they have been knocked over when in reality, no such thing has happened, which is parallel to a Karen pretending as though something terrible has happened when they call in the police. And then the videotape shows that there was actually no big hubbub,” said a charismatic Jones. “We’re going to make these connections to things that are very personal to people and that they can understand in a way that perhaps they had not considered previously.”

He told me that Game Theory is a “show about sports and a show about me.” Putting Jones’ personality and expertise at the center of the show makes a lot of sense. He hosts the long running ESPN radio show turned podcast The Right Time with Bomani Jones where he weighs in on sports, pop culture and social issues. Game Theory takes that approach and gives Jones an entirely new canvas to paint on.

“What we’re doing with this is, we’re starting with what I think about stuff and then we go from there to figure out the best way to illustrate it. And there’s going to be some variability in the different ways that we do it. Sometimes it might be using a sketch that we write out and have other people act. Sometimes it might be something that’s me. Sometimes it could be like a straight essay,” Jones said. “But it’s got to be a show where everything that you see has a point to it. We’re not out here teaching a class. This is intended to primarily be fun.”

Listen to my entire conversation with Jones in the podcast player above. During my interview, Jones discussed growing up in the South, his early work as a freelance writer covering pop culture and his latest obsession: Sturgill Simpson.

“I stumbled on Sturgill when Sound & Fury came out, which I think was like the perfect walkup for somebody like me, who had never voluntarily listened to a country record in his life. And that’s not country. Like it has very country sensibilities, but it’s not a country album,” said Jones.

New episodes of Game Theory with Bomani Jones air Sunday nights on HBO. Subscribe to I’m So Obsessed on your favorite podcast app. In each episode, Connie Guglielmo and I catch up with an artist, actor or creator to learn about their work, career and current obsessions.