Bridgerton stars Jonathan Bailey and Simone Ashley looked sensational on the red carpet, as the show’s cast and crew celebrated the second chapter of the groundbreaking regency drama.

The decorative screening was held at London’s Tate Modern, and several celebrity guests oozed glamour and sophistication as the highly-anticipated series will make a grand return on March 25.

Jonathan, 33, looked suave in black tie, and fans will see the actor take centre stage this time round, as Lord Anthony Bridgerton is on the hunt for a suitable viscountess.

Although their characters are involved in a scandalous love triangle, the trio showed a cute united front as they were pictured smiling from ear to ear, and cracking jokes with one another. 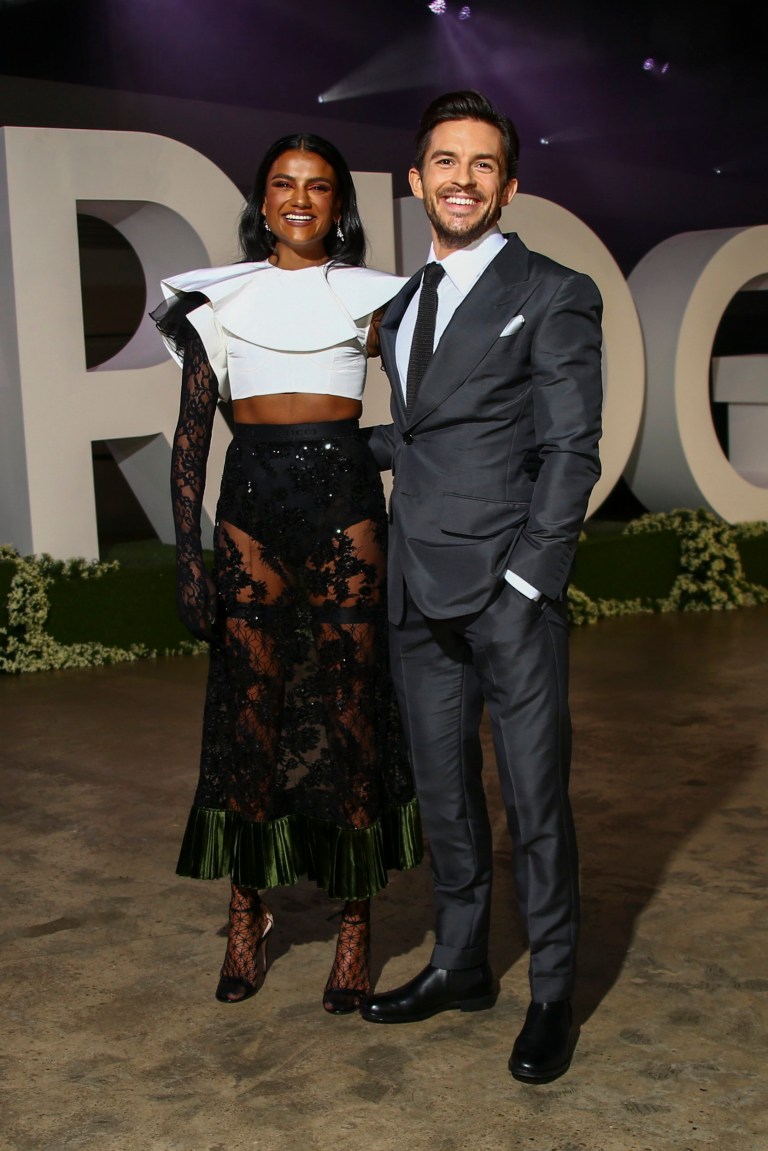 Jonathan and Simone posed for the cameras (Picture: Invision/AP) 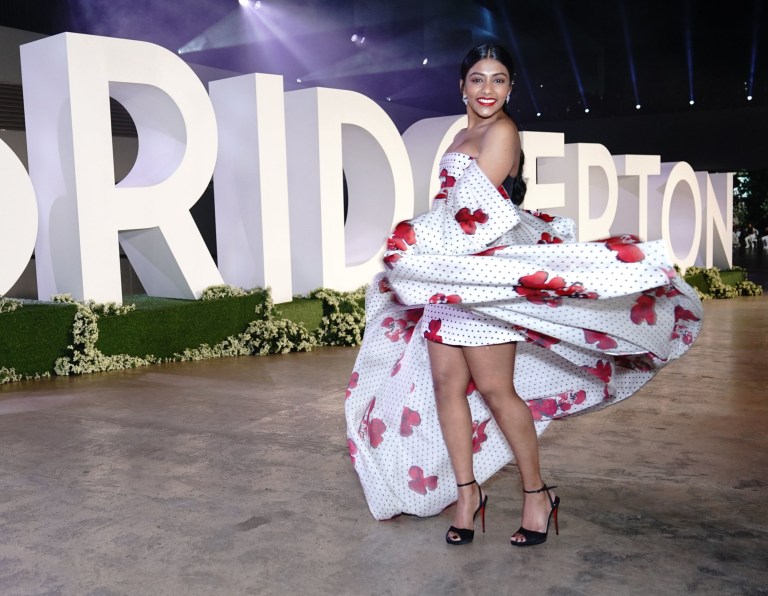 Phoebe Dynevor aka Daphne Bridgerton was absent from tonight’s festivities due to filming commitments.

The actress shared a throwback picture of her in character on Instagram and wrote: ‘Sad not to be with my Bridgerton family tonight – celebrating another season and our incredible cast and crew.

‘I’ll be raising a glass to you all from up north (or more likely a coffee-night shoots calling)’.

Youtube star Saffron Barker, model Hana Cross and singer Rachel Stevens were among the first to arrive at the event, along with executive producer Shonda Rhimes and showrunner Chris Van Dusen. 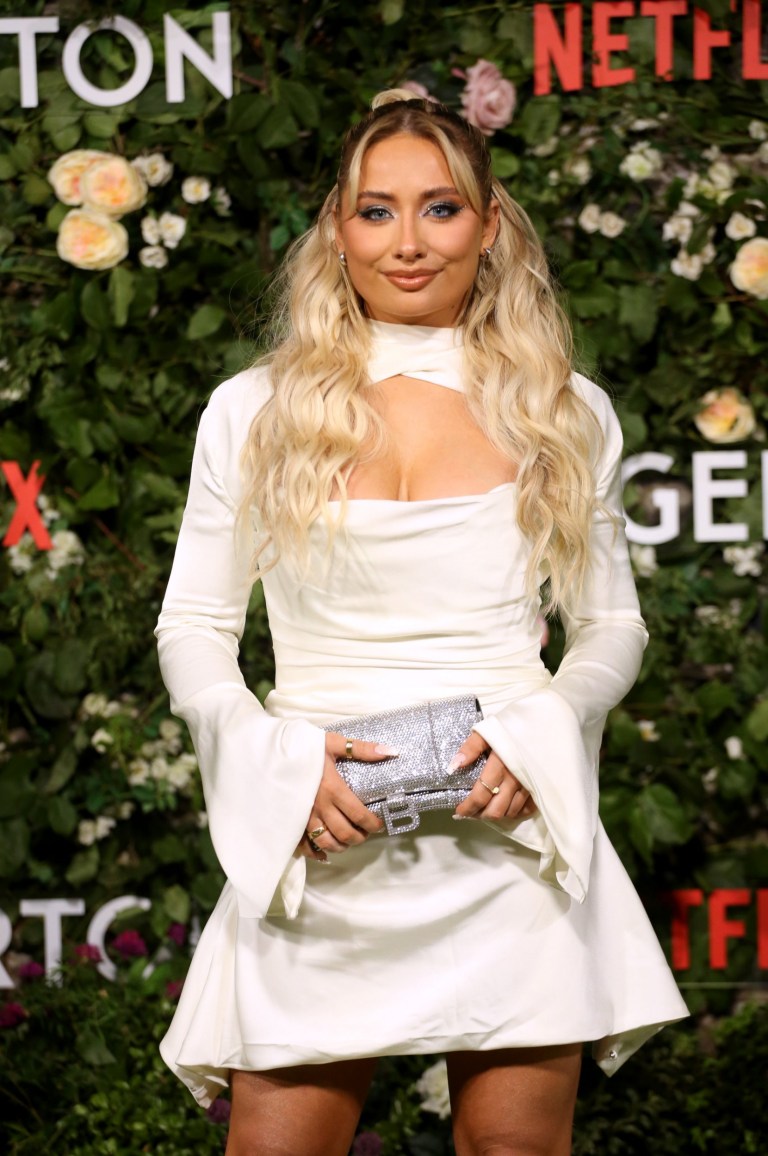 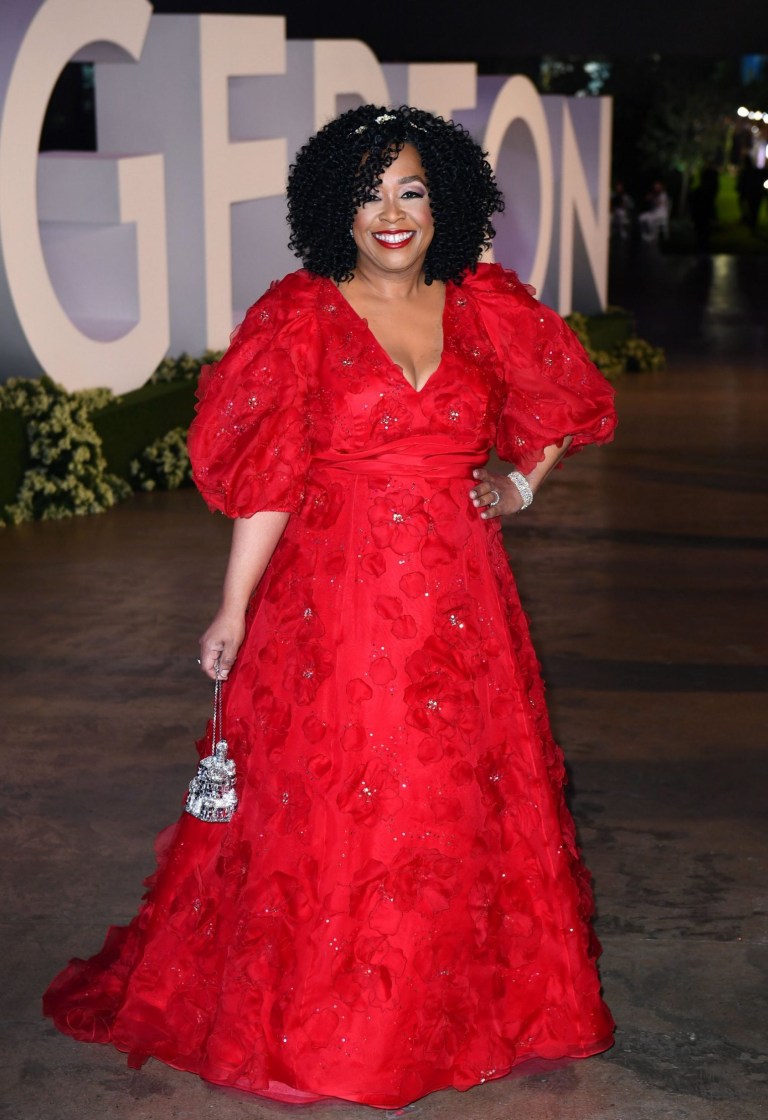 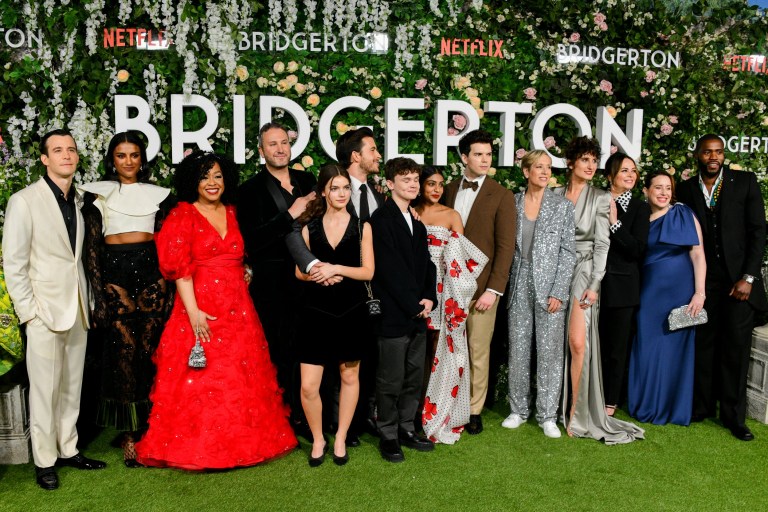 The gang posed for a group shot (Picture: Dave Benett/WireImage) 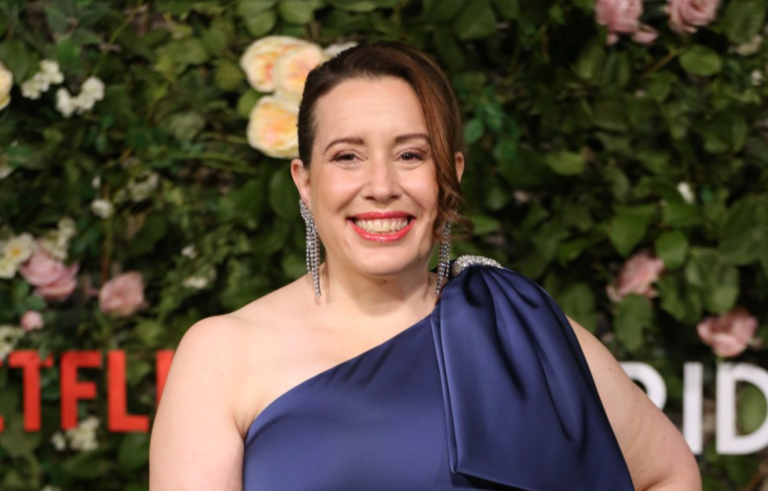 Bridgerton’s elaborate costumes and diverse cast were met with high praise in season one – however, it was the steamy sex scenes that had fans all hot and bothered.

But, Kate and Lord Anthony won’t be matching Daphne and Simon Basset’s hot and heavy energy this time around.

Speaking at a Bridgerton press conference ahead of season two, creator Chris explained: ‘We’ve never done a sex scene for the sake of doing a sex scene and I don’t think we ever will.

‘It all serves a larger purpose and it’s a different story this season.

‘Different characters, where we’re with Anthony and Kate most of the season and that’s very different from Daphne and Simon.’

An incredible 82million households tuned in to the romance drama – which is based on a series of novels by Julia Quinn – watching the cast gossip, dance, and romp their way through summer as the London elite.

However, fans were heartbroken to learn that Rege-Jean Page (Duke of Hastings) would not be returning for future seasons.

Bridgerton season 2 will be available to watch on Netflix from March 25.