The Elysee Palace said Macron, 42, was diagnosed after he was tested “at the onset of the first symptoms.”

“In accordance with current health regulations applicable to all, the President of the Republic will isolate himself for 7 days. He continues to work and carry out his activities remotely,” the statement added.

French first lady Brigitte Macron, 67, has protectively gone into quarantine but has “presented no symptoms,” her office told French media.

Macron’s planned trip to Lebanon next week has been canceled.

The French President had meetings with a number of other top European leaders in recent days, several of whom announced they would quarantine in the wake of Macron’s diagnosis. 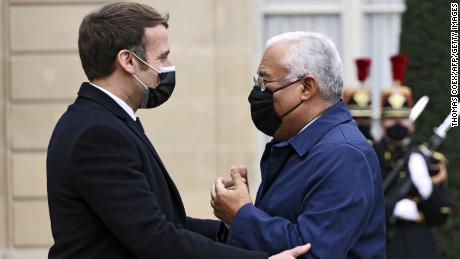 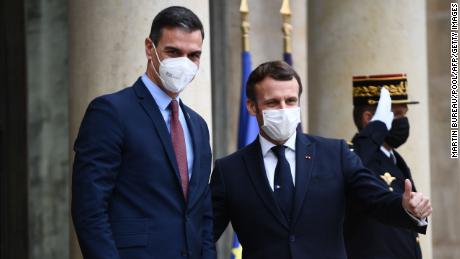 Here’s what we know about Macron’s movements in recent days:

An EU official in the European Council, who is not authorized to speak on the record about protocol measures, told CNN that “all sanitary measures were observed, and we have not been informed of any other participant or staff present during the summit who tested positive.”

Gurria said on Twitter that he was quarantining and testing, and that all relevant steps were being taken to safeguard the wellbeing of guests and staff at the OECD event. 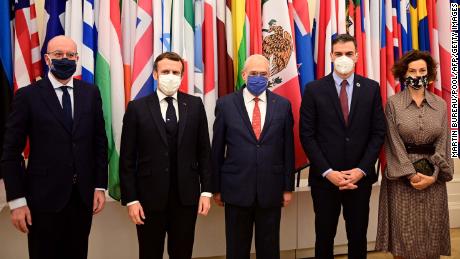 Spain’s foreign ministry said Sanchez would immediately take a test and quarantine for a week. He sent his “best wishes” to Macron in a tweet. A European Commission spokesman said Michel would go into quarantine “as a precaution,” but noted that Michel had tested negative as recently as Tuesday.

Irish premier Micheál Martin “is limiting his movements” and getting a coronavirus test after attending the European Council meeting in Brussels with Macron last week, public broadcaster RTE reported.

Macron is the latest major world leader to test positive for the novel coronavirus. US President Donald Trump and UK Prime Minister Boris Johnson, key French allies, were both hospitalized after contracting the virus earlier in the pandemic. 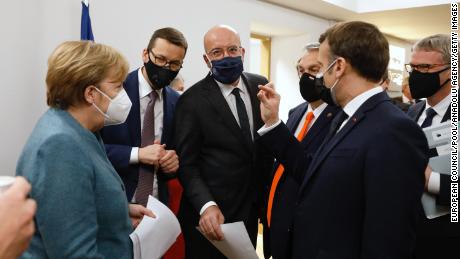 “Sorry to hear my friend @EmmanuelMacron has tested positive for coronavirus. We are all wishing you a speedy recovery,” Johnson tweeted Thursday.

France has been in a lockdown since early November. It was due to be lifted this week, but this has been delayed as new cases remain well above the target of 5,000 per day that Macron had set as a precondition to lifting the restrictions. 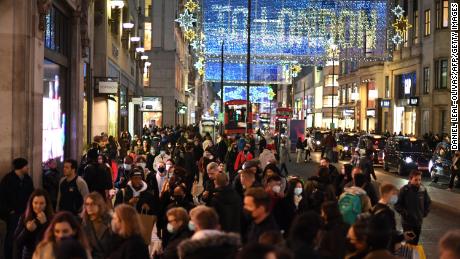 France on Wednesday reported 17,615 new coronavirus cases, its highest figure since November 21, bringing it to more than 2.4 million infections since the start of the pandemic. The country also reported 289 deaths Wednesday, taking it to a total of 59,361 Covid-19 fatalities.

French television showed footage of artists and cultural workers protesting throughout the country on Tuesday after theaters, museums, and cinemas did not reopen as planned. They will instead remain closed for three additional weeks, Castex said.

The curfew hours of 9 p.m. to 6 a.m. were also extended on Tuesday from 8 p.m. to 6 a.m. However, French citizens will no longer need certificates to leave their homes, Castex said. They will also be allowed to travel to other regions. Restaurants and cafés are still scheduled to reopen on January 20, 2021.

WHO mulls monkeypox guidance amid spread