Bravely invoking a doomed power couple before them, Kanye West and Julia Fox officially made their red carpet debut as an item in matching denim ensembles.

Weeks after going public with their romance, the duo arrived in style at Paris Men’s Fashion Week on Sunday, putting their own stamp on the Canadian tuxedo.

Checking off a major relationship milestone in high-fashion get-ups that probably elicited more than a few cringe emojis in the Kardashian family group chat, West and Fox continued their full-court-press offensive at the Kenzo Fall/Winter 2022/2023 fashion show.

The “Donda” rapper — who legally changed his name to “Ye” last fall — opted for a puffy jean jacket and matching trousers from his favorite fashion house as of late, Balenciaga, which he accessorized with all-black sunglasses, gloves and tall Red Wing boots.

But all eyes were on the “Uncut Gems” star, who’s making a habit of taking fashion risks. Fox paired a cropped Schiaparelli denim jacket outfitted with conical breast details and baggy, low-cut pants that she borrowed from the company’s creative director, Daniel Roseberry.

“I took the pants off of his body and he was very kind to let me wear them,” she told WWD at the show. 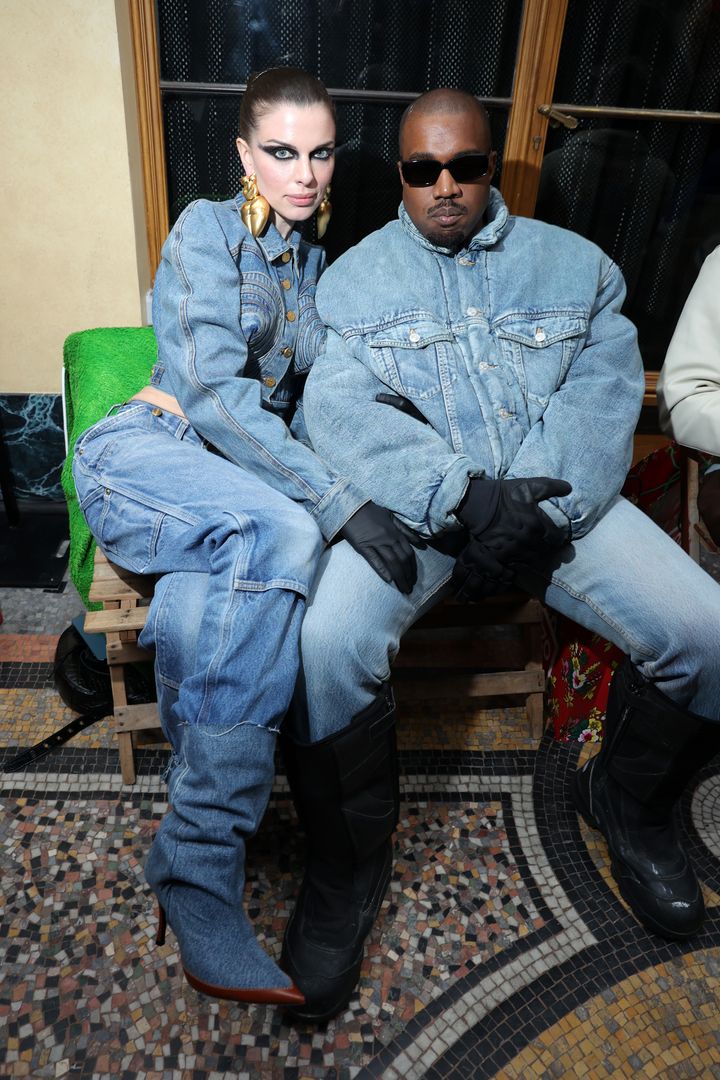 Fox and Ye pictured inside the fashion show.

While the double-denim outfits were a clear send-up to the matching ensembles Britney Spears and Justin Timberlake famously wore to the 2001 American Music Awards, Fox might have also been referencing a different pop music superstar.

The jacket details recall the iconic Jean Paul Gaultier cone bra bodysuit Madonna wore during her “Blond Ambition” tour back in 1990. Fox and Madonna recently spent time together amid rumors that she’s up for the role of the singer’s best friend, Debi Mazar, in the upcoming biopic about her life. 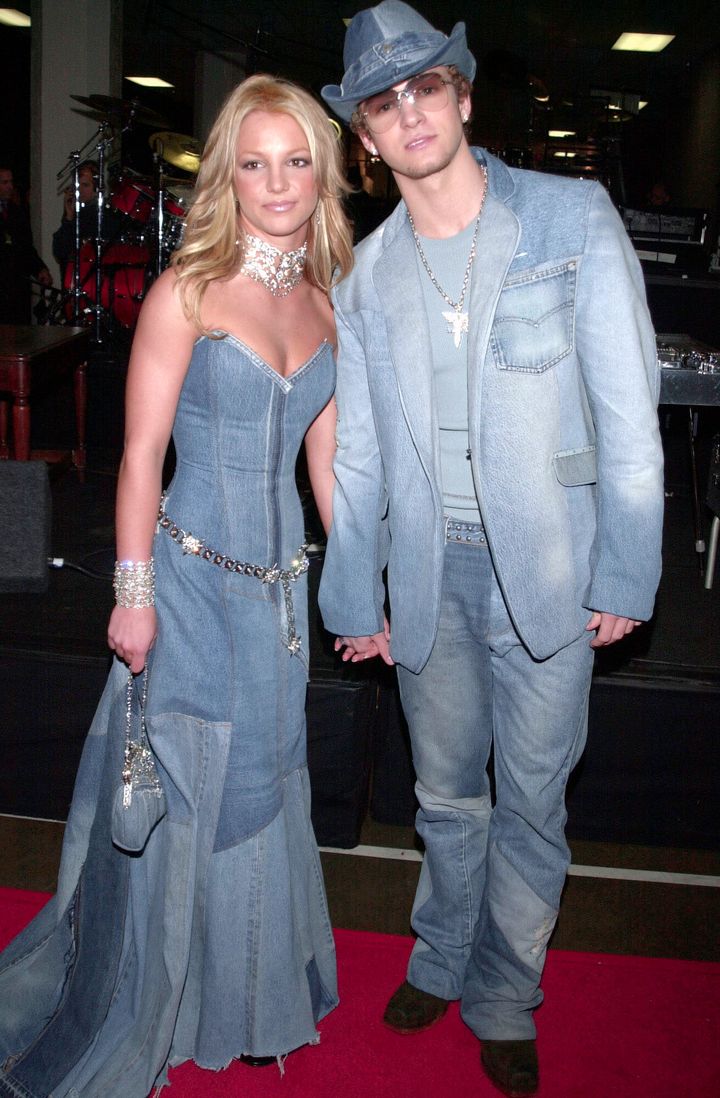 The newly established couple has embarked on a whirlwind romance since they started dating on New Year’s Eve on the heels of the rapper’s separation from Kim Kardashian West.

Earlier this month, Fox confirmed their relationship in a candid essay for Interview magazine, in which she wrote about their “instant connection” and how West wooed her with an “entire hotel suite full of clothes.”

“Everything with us has been so organic,” she wrote. “I don’t know where things are headed, but if this is any indication of the future, I’m loving the ride.”

Naturally, the union has drawn plenty of questions, given West’s high-profile past relationship. But Fox recently brushed off criticisms thrown her way during an episode of her “Forbidden Fruits” podcast, insisting that she’s not swayed by West’s celebrity.

“It’s funny cause I’m getting all of this attention, but I really couldn’t care,” she continued. “Watch my movie, read my book. That is more thrilling to me now than eyes on me. I couldn’t care less.”