A spaced-out theory that claimed evidence of Martian life may have been debunked by scientists after a decades-long debate that alienated some skeptical researchers.

A 4-billion-year-old Martian meteorite found in Antarctica in the 1980s was said to contain evidence of ancient living things on the Red Planet but experts announced Thursday they had confirmed it showed no signs of extraterrestrial life.

A NASA-led team of researchers suggested in 1996 that the gray-green space rock appeared to have organic compounds left behind from living organisms, which was doubted by many scientists at the time and prompted decades of further research.

A team from the Carnegie Institution for Science, led by Andrew Steele, said in a study published in the journal Science that the compounds were not the result of living creatures, but by salty groundwater water flowing over the rocks for a long period of time.

The hunks of carbon compound on the rock were determined to have been from water while it was still on Mars’ surface. Researchers said that a similar process occurs with rocks on Earth, and could explain the presence of methane on Mars.

The meteorite, which weighs 4 pounds, was uncovered by scientists in Antarctica in 1984.AP

The wet rock was affected by at least two impacts on Mars, warming the nearby surface, researchers said. A third impact forced the rock to be shot into space from the surface, which found its way to Earth thousands of years ago. The 4-pound meteorite was uncovered by scientists in Antarctica in 1984.

While Steele credited his discovery to technological advances, two scientists from the 1996 team found the study “disappointing” and defended the conclusions from over 25 years ago. 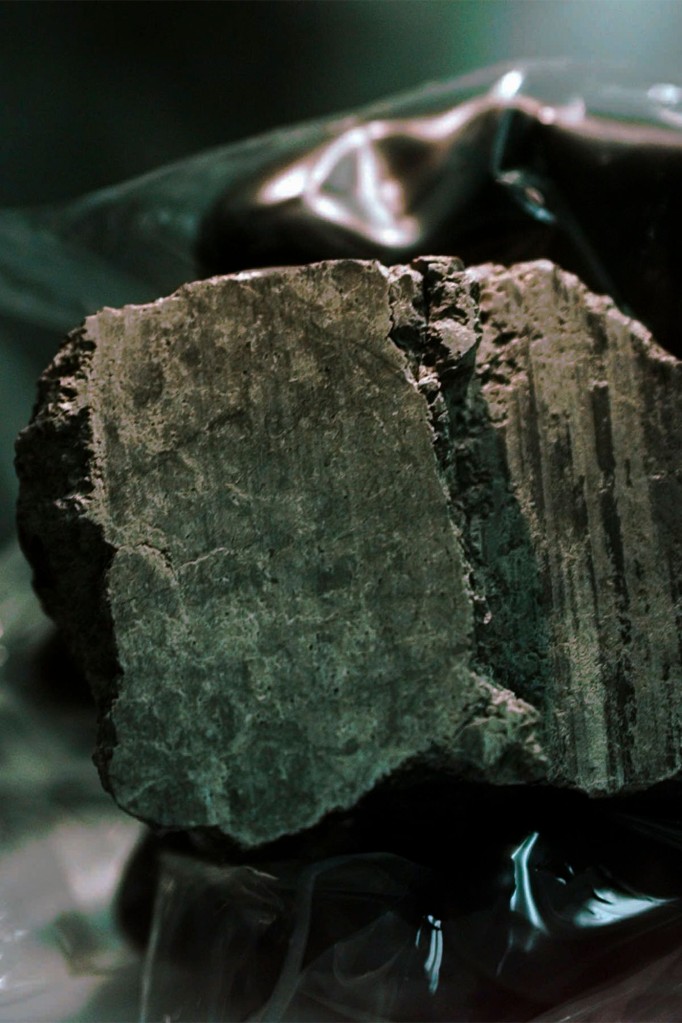 Experts said the compounds were not the result of living creatures, but salty groundwater water flowing over the rocks for a long period of time.AP

“While the data presented incrementally adds to our knowledge of (the meteorite), the interpretation is hardly novel, nor is it supported by the research,” wrote Kathie Thomas-Keprta and Simon Clemett, astro material researchers at NASA’s Johnson Space Center in Houston.

“Unsupported speculation does nothing to resolve the conundrum surrounding the origin of organic matter” in the meteorite, they added.

In an email to the Associated Press, Steele said the scientists’ 1996 assessment “was a reasonable interpretation” at the time, and that his team’s conclusions were presented “for what they are, which is a very exciting discovery about Mars and not a study to disprove.”

Steele said the only sure way to determine whether Mars ever had or still has microbial life is to bring samples directly from its surface to Earth for analysis.

NASA’s Perseverance Mars rover already has collected six samples and is expected to return to Earth in a little over a decade. Scientists hope to secure three dozen samples.

Steele said the study “is huge for our understanding of how life started on this planet and helps refine the techniques we need to find life elsewhere on Mars, or Enceladus and Europa,” referring to Saturn and Jupiter’s moons with subsurface oceans.