And, announced today, there’s the growth in the company’s funding. Future Meat Technologies raised $347 million in Series B funds, the largest single fundraising to date for a company in the cultivated meat space. This round alone skyrockets Future Meat’s total funding more than eight-fold — from $40.8 million to $387.8 million. The funding will go toward the plant in the United States, general expansion, more R&D, and preparing for an eventual commercial launch in countries worldwide.

Nahmias said in an interview that yes, the company has seen a lot of incredible growth and met milestones, both in its internal development and the cultivated meat space as a whole. But the biggest challenges are up ahead.

“The next challenge is to build a large-scale facility that can actually address the needs of the American market — and reach not only small-scale restaurants with Michelin stars and chefs serving tiny pieces of chicken, but actually getting into retail,” said Nahmias. “It’s gonna take some time, but this is exactly where we’re going.”

A record-breaking funding round

Funding for cell-based meat companies in general has been skyrocketing. But this is not only the largest round for one company in the space — it’s also the third-largest single round in alternative protein in 2021.

The round was co-led by ADM Ventures, the venture arm of global food giant Archer Daniels Midland. Future Meat had other Big Food support in this round, including from venture funds associated with meat producer Tyson and ingredients maker Rich Products.

An anonymous co-leader — a large global technology investment fund — also participated in this round, Nahmias said. Other funders represent players in North America, Europe and Asia, and include S2G Ventures and Manta Ray Ventures.

Some of the investors have deep relationships with Future Meat, having participated in both past funding rounds and providing support for R&D. ADM has previously funded Future Meat, and has helped the company discover components for its cell growth medium. Nahmias said working with a company that has ADM’s size and scope has helped with sourcing raw materials and developing new ingredients. He said there may be more announcements coming soon on this front.

Tyson is also a repeat funder of Future Meat. Nahmias said its support makes sense when you look at the company’s history. Chicken had once been relatively expensive, but Tyson found new ways to farm and process poultry so it became affordable and widely consumed.

“I think Tyson sees that there is a need for massive change,” Nahmias said. “We need to start producing more food and more protein for a growing population, and the more urban population that wants more protein in its diet. And this increasing demand is coming at a time where we reached capacity [for traditional animal farming].”

It was big news in February when Future Meat announced it had brought the cost of a cultured chicken breast down to $7.50.

Just 10 months later, the company said it can make almost a pound of chicken for $7.70 a pound, and a 110-gram chicken breast costs just $1.70 to create. In May, the company’s former CEO had set a goal of getting close to this cost threshold by the end of 2022, which Future Meat easily exceeded.

Nahmias said that dedication to the goal, as well as good science, helped the company slash its production cost so quickly. 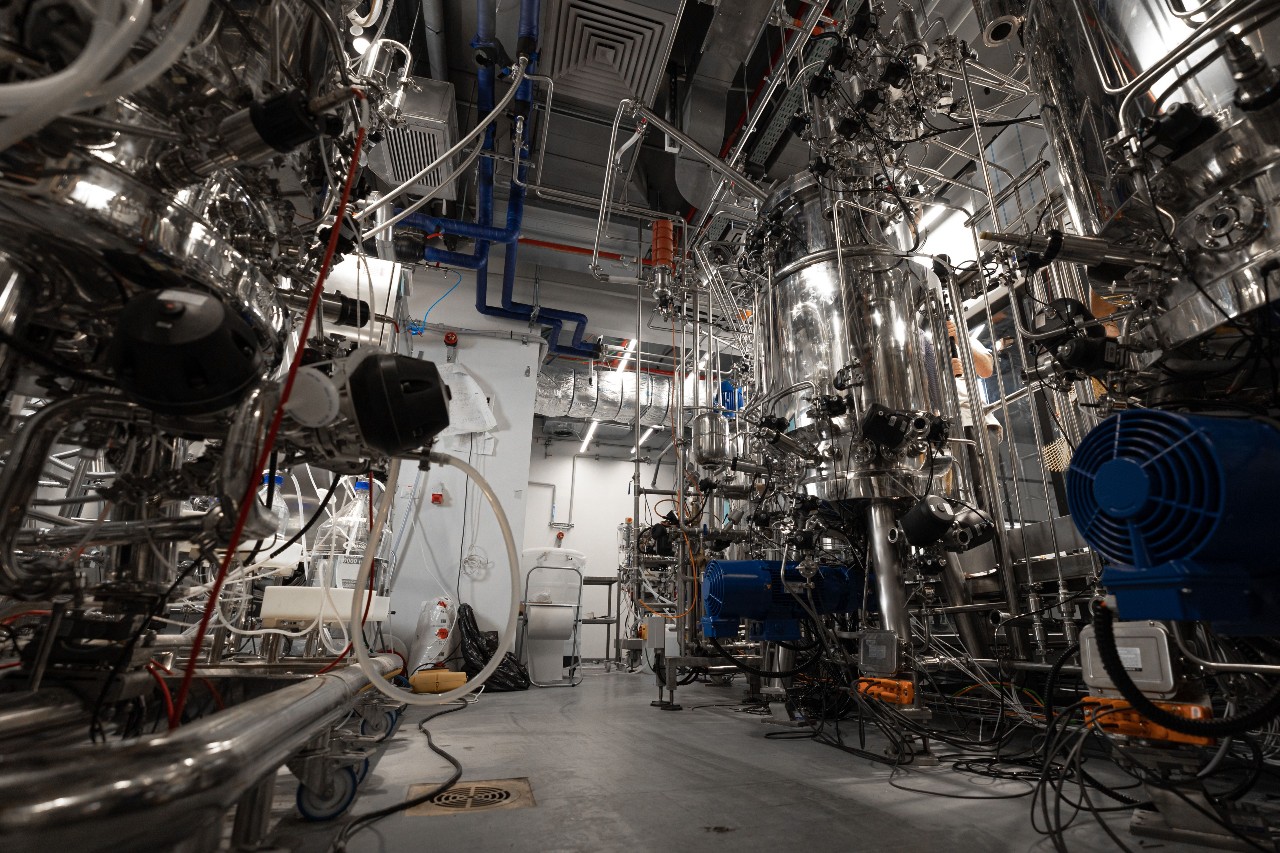 Future Meat has a different approach and methodology for cell-based meat. Instead of using stem cells, which is the choice of many other manufacturers, Future Meat uses fast-growing and dividing fibroblasts, which are capable of doubling in less than 24 hours. These cells can grow as muscle or fat, Nahmias has said, meaning they can provide protein and texture as well as aroma and flavor to finished products. According to Future Meat, its method can produce cell densities that are 10 times higher than the industry standard.

Future Meat also uses a growth medium that is completely animal component-free. Nahmias said the company has been able to find the same sorts of proteins that come from animals in plant-based items such as chickpeas and soy, which has helped cut costs “by several orders of magnitude.” The growth medium used by Future Meat costs about $2 a liter, Nahmias said — about a tenth of what pharmaceutical companies that culture cells currently pay.

Additionally, Future Meat said its stainless steel fermenters continuously remove ammonia-based waste products from the growth medium, which provides a constant environment that supports cell growth. The company said that more than 70% of the nutrients in the growth medium for these cells can be recycled.

Coming to the United States with expansion in mind

This summer Future Meat opened its first large-scale production plant in Israel, but it’s been no secret that the company has had its eyes on the United States as well. After all, Nahmias said more than a year ago that the company has been in close contact with regulators at the FDA and USDA about its processes, inputs and products.

Nahmias said Future Meat is currently looking for a location to build a U.S. plant, with a groundbreaking in 2022 and a tentative operational date of 2024. The first of what Nahmias said will eventually be many U.S. facilities will need 50,000 liters of fermenters, which can produce thousands of tons of meat. With Future Meat’s intensive cell culture technology, Nahmias said it is able to produce more meat than other companies using similar-sized factories.

“We need a smaller factory to produce more biomass,” he said.

Future Meat has not yet decided where to build the facility, although it is casting a wide net. Nahmias has personal history in the Midwest — he earned his Ph.D. at the University of Minnesota — as well as New England, with professorships and research jobs in the Boston area. But he is also considering the local pool of potential employees, access to sustainable energy to power the facility and proximity to suppliers to minimize its carbon footprint. Because the ammonia waste removed from cell culturing fermenters can be used as fertilizer, he’d also like to be in a place where that can be easily offered to farmers.

“The next challenge is to build a large-scale facility that can actually address the needs of the American market — and reach not only small-scale restaurants with Michelin stars and chefs serving tiny pieces of chicken, but actually getting into retail. It’s gonna take some time, but this is exactly where we’re going.”

Nahmias said Future Meat’s process is designed for easier regulatory approval in any country, using no genetically modified organisms and with no controversial substances in its culture medium. Future Meat is also working with regulators in its home country of Israel — where it is one of four cultivated meat companies fast-tracked for eventual regulatory approval — as well as in Asia and Europe. The only country so far to have regulatory standards in place for cultured meat and to have granted any approval is Singapore, which first approved cultured chicken from Eat Just’s Good Meat brand last year.

As the company is primed for more growth, it’s also looking for a new CEO. Co-founder Rom Kshuk, who had been serving as CEO, stepped down in November, Nahmias said. Right before the funding news was made public, Kshuk posted on LinkedIn that he was leaving his post “to allow the company to grow to its next horizon.” Nahmias said Kshuk’s departure at this phase had been long discussed, and that the company launched a process about six months ago to work on this transition.

“The biggest challenge of this coming decade is going to be logistics and operations,” Nahmias said. “How do we scale this up? To do that, you need to move the company into a different phase. You need to have significantly higher management experience to build large-scale operations and bring product to the market. And I think it’s very different sets of skills than building a company from zero.”

Nahmias said the company is currently being run by senior management and more announcements are forthcoming.

It’s an exciting time to be in cultured meat in general, Nahmias said, and he is excited about what the next years hold for the company. But he said he has a more immediate reason to be thinking of the future.