“In my glamorous life of being a mogul today,” Bethenny Frankel says, “I cleaned up dog poop and steamed lotion off the carpet.”

We are talking at 6 p.m. on a Thursday. It’s been quite a day. The dog poop was the dog’s fault. The lotion was Frankel’s. She spilled it shortly after rushing to drop off her daughter at a playdate — a drop-off that was so hurried that her daughter’s hair was still wet from a shower. Frankel then had to take over a hotel reservation that someone was supposed to make for her, but they bungled it. Her wardrobe for a Home Shopping Network appearance was a mess, so she fixed that herself. After our talk, she’s filming an online video about BSTRONG, her initiative that raises money for disaster relief work. “I will have to proofread the entire post,” she says, “because it will be grammatically incorrect if I don’t.”

She isn’t complaining. Instead, she’s illustrating a problem she has yet to solve. Frankel has famously transformed her once-­fractured life — a difficult childhood among degenerates and gamblers, being flat broke in her late 30s, countless career changes, and then a star turn on The Real Housewives of New York City that she used to frame herself as a brand builder, including creating the juggernaut lifestyle brand Skinnygirl. But like most entrepreneurs, she has still not figured out how to exit the weeds.

“I’ve always wanted someone to be me — to be able to think like me and make decisions like me,” she says. “And I don’t even know if that’s possible.”

There are two reasons we’re talking about this. The first is promotional. Frankel, as is her way, has turned her staffing problem into a television opportunity. In her new HBO Max show, The Big Shot with Bethenny, she runs contestants through a series of challenges, Apprentice-style, in order to hire the winner as her VP of operations.

But the second reason is more practical. Entrepreneurs may dream about cloning themselves — finding someone who shares their thoughts and can double their output — but that’s like finding a unicorn. The reality is messier. It’s life as a series of scrambles, juggling massive decisions and very minor ones, no matter your level of success. Maybe this is just always how it is. Maybe there’s no real solution here. So I ask her: “Do you feel like you’re not doing it right?”

She pauses for a second. Frankel rarely pauses. Then she says, “What I’m doing right is that I can make major business decisions in an instant — execute, delegate, know what to do about the big picture. I was on the phone about a multiyear, very lucrative podcast deal that in many ways is unprecedented. I can knock out that negotiation. It’s been held up for months in red tape, and I got on the phone with the president of this company and just knocked it out.” (Her podcast is called Just B with Bethenny Frankel; after we spoke, she announced a big deal with iHeartMedia.)

This answer makes me think about Parkinson’s Law, one of the greatest and pithiest theories about work ever devised. It goes like this: Work expands to fill the time allowed. If you have a lot of time to finish a task, that task will take a lot of time. If you have a little time, you’ll plow through it. And is this what I’m hearing from Frankel? When I asked if she’s in the weeds too much, her response was to tell me about how quickly she negotiated a gigantic contract. Maybe, I tell her, being in the weeds actually taught her how to move extremely quickly.

“I do think it’s an asset,” she replies.

Does chaos actually create order? Are problems actually our solution?

As evidence of this, Frankel starts talking about the way she’s figured out how to cope with a busy life: It’s in blocks and buckets. 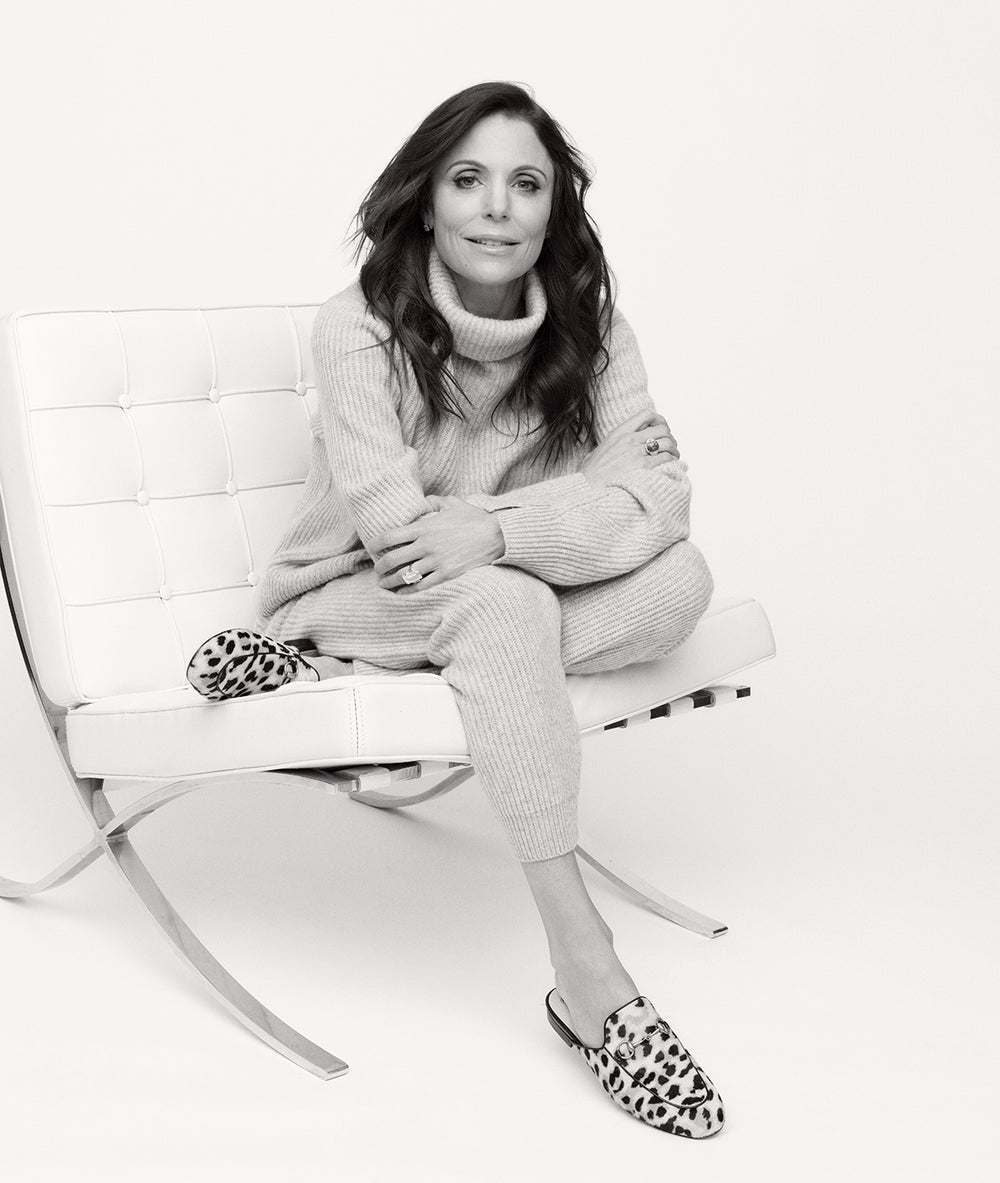 When I talked to Frankel, she was done up — hair, makeup, an expensive-looking outfit with a giant bow on the front. This was not for my benefit; not directly, anyway. “I’m a stacker,” she says, by way of explanation. “I feel that people should stack.”

Frankel spends most days in her pajamas. She leaves her home only if she must — not just because of COVID-19, but because she’s a homebody who conducts most business remotely. But sometimes, pajamas aren’t possible. If she’s shooting a video, or going on TV, or negotiating a big deal, or being featured on a magazine cover, or whatever — she insists on doing it all back-to-back. “I will maximize being in hair and makeup because I don’t want to do hair and makeup again until I’m doing five things on that hair-and-makeup day,” she says.

This is what she means by stacking. When you group similar activities together, you save all that ancillary time. Stack calls, stack podcast recordings, stack anything that is stackable.

Then, she says, you need to make sure you’re stacking only where your time really counts — because what’s the point of saving time on something that’s ultimately wasting time? It’s the paradox of opportunity: There are endless possible options, but your time itself is limited. To solve for this, Frankel sends opportunities through a very particular filter.

“I call it the bucket theory,” she says. “You have six buckets full where your time has a greater ROI, versus 12 buckets that are half full.”

Every entrepreneur faces some version of this. There are the ideas that could turn into new businesses, or new services to build in an existing business, or tempting new speaking requests, or meetings to take, or endless new social media platforms to engage on. It isn’t possible to do them all — so which do you invest in? The answer, Frankel says, begins with thinking of them like buckets. You can have only a few. Pick the ones that have the greatest payoff, fill them up to the top with your time, and discard the rest.

Related: How Time Management Can Help You Avoid Burnout

“It’s very hard to learn which are the right buckets, because we don’t look at the big picture,” she says. “We think about ‘That sounds good. Oh, and that’s fun.’ Then all of a sudden your time is being ripped away. And when you back away from the equation, you say, ‘Wait a second. I’m spending so much time on that thing and I’m not even making any money off that — and I don’t even like that as much as the other thing I’m doing.’ ”

In Frankel’s bucket theory, ROIs can be abstract. They don’t have to be about money. “I get a really big ROI on spending time with my daughter,” she says. “I mean, that’s the bucket that overflows.” But also, her breakout television moment was a nonfinancial ROI. “The first season of Housewives, I made $7,250,” she says. She said yes anyway, because “I saw the chess board. I was playing the long game.”

Yes to the buckets that matter. No to everything else. “I say no an awful lot,” she says.

This is how she has enough time to stay in those advantageous weeds. 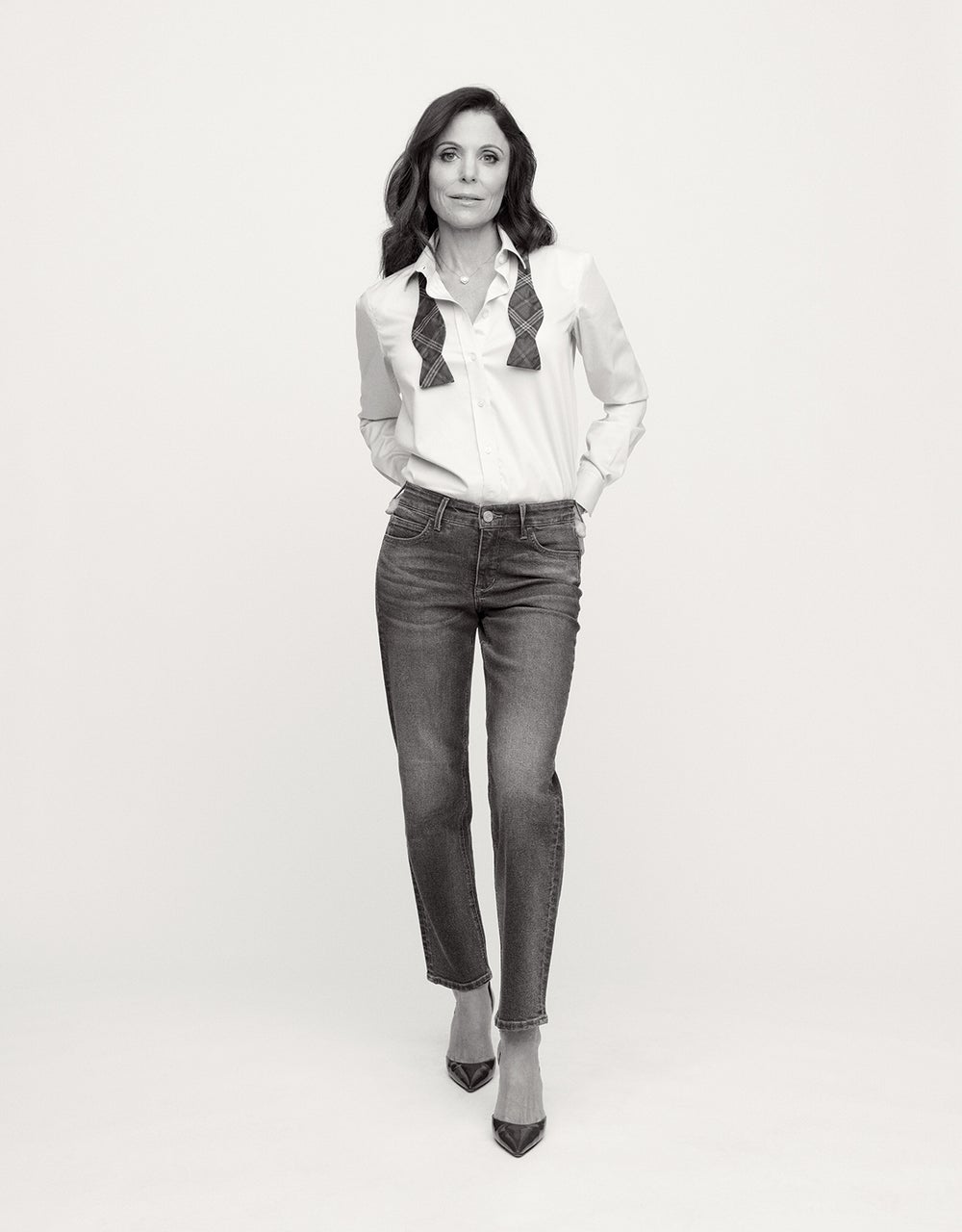 For all her filtering and stacking and bucketing of time, Frankel insists she isn’t much of a planner. “I never have any big goals. I just take one step,” she says. In fact, Frankel seems philosophically opposed to the idea. At one point, I prompt her to explain how she identifies new opportunities, and she pushes back: “You’re making it more planned than it was.” Then she ticks off all the things she didn’t plan:

“I never said, ‘I want a podcast.’ I didn’t even know what a podcast was.”

“I never said I wanted to be an author. I just wrote a book.”

“I never said I wanted to be on the cover of Forbes. Who the hell would dream that big?”

“I see on television what’s going on with Hurricane Harvey three years ago. I want to get involved. Cut to now. It’s an $80-million-plus disaster relief effort.”

Let’s be real: These can be grating things to hear. Every item here is someone else’s complete dream; she talks about them as pleasant surprises. Why? I press her on it.

Instead, she traded goals for hustle. She’d spot an opportunity and just drill into it — until it either proved worthless or provided everything. Most were duds. Some were springboards. If you don’t know where you’re heading, the theory goes, what’s the point in limiting the options?

This, it occurs to me, isn’t really an issue of goals or accomplishments at all. It is, like everything else we spoke about, really an issue of time. If you have a wide-open idea of what success looks like, then you might as well try everything, and try it fast. And to accomplish that, you must shed a fear of failure —­ something Frankel seems to have done early, by necessity. (“Many people say, ‘I don’t know how to do that.’ Then it’s not going to happen!” she says.)

Now she sees speed as a gift — because speed creates more time. Meanwhile…goals? Goals are a binary experience: You achieve them, or you don’t. And who has time for that?

“I’m never late. Let’s just put it that way,” Frankel says. (I can confirm, at least for our call; she appeared the minute she promised to.) “I value other people’s time. Everyone’s time is valuable to me. If I make an appointment, it doesn’t matter if it’s to get my manicure, if it’s to take my dog to get groomed, if I’m meeting a friend for lunch — time is important. Managing your time is the whole thing. Everything we’ve talked about doesn’t matter if we’re not managing our time. That’s what organization means. That’s what delegation means. It’s all about time efficiency, which brings me back to the most valuable asset in the world: time. More important than money.”

The irony, of course, is that her new HBO Max show is all about hiring someone to save her time. But maybe, just maybe, we all benefit a little when our time is squeezed.