7 Of The Top HuffPost Politics Stories Of 2021

Donald Trump may be out of office, but HuffPost readers were still fascinated by stories about what he and his circle of supporters are up to.

Jan. 6 Insurrection Was Weeks In Making For Oath Keepers And Founder

Russia could invade Ukraine within a month: U.S. intelligence

Stories about the Republican Party dominated HuffPost’s top politics stories of 2021 ― unsurprisingly since just six days into the year, a mob of Trump backers overtook the U.S. Capitol. The fallout from that attack still hangs heavy over the political landscape as we approach the one-year anniversary.

Here’s a look back at a few of your favorite stories from HuffPost Politics over the past year.

At this event in Perry, Georgia, in September, Trump may have accidentally revealed details of his election scheme.

When Donald Trump held a rally in Georgia in September, S.V. Dáte caught two words in his remarks that went under-noticed: “special election.” While it had been widely known that Trump was pressuring Gov. Brian Kemp (R) to call a special legislative session to hand him the state’s electoral votes, the former president’s comments at the rally went further.

Trump revealed that he wanted Kemp to call a special election ― a request that, as Shirish noted, meshed with “some of his advisers’ recommendations to him to declare martial law in a handful of states he narrowly lost and to force them to hold new elections.” 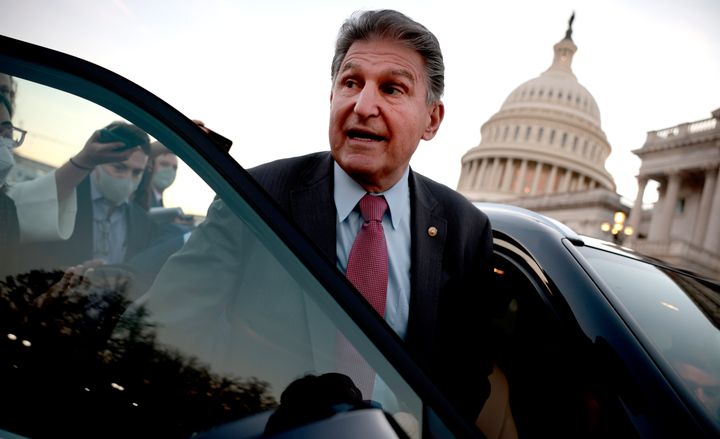 Sen. Joe Manchin (D-W.Va.) dashed his party’s hopes of passing the Build Back Better legislation in 2021.

As Sen. Joe Manchin (D-W.Va.) was dashing his party’s hopes of passing the Build Back Back better legislation this year, Tara Golshan and Arthur Delaney had a big scoop into what he was thinking.

Publicly, Manchin said he was concerned about the cost of bill, a key part of President Joe Biden’s domestic agenda. But behind the scenes, he was expressing concern about the monthly child tax credit payments, saying he believed parents would go out and spend the money on drugs. 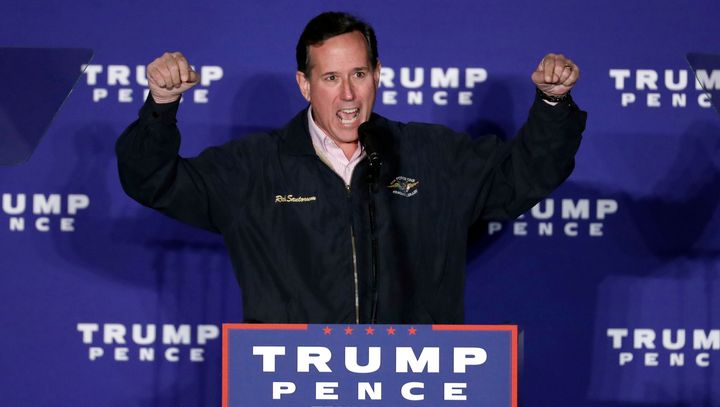 Rick Santorum, the former GOP senator and presidential candidate, lost his job at CNN after his offensive remarks about Native Americans.

In April, former GOP Sen. Rick Santorum sparked an uproar when he spoke at a conservative conference and said there was “nothing” in America before white colonizers arrived. He added that Native Americans hadn’t contributed much to American culture.

The comments sparked an uproar, which faded when people’s attention turned elsewhere. But Jennifer Bendery stayed on the story, covering the reaction from Native American activists and asking whether there would be any repercussions for him from CNN, where he had a job as a contributor.

A month later, after Jen broke the news that CNN had finally dropped him.

Unemployment Benefits Are Not Creating A Worker Shortage 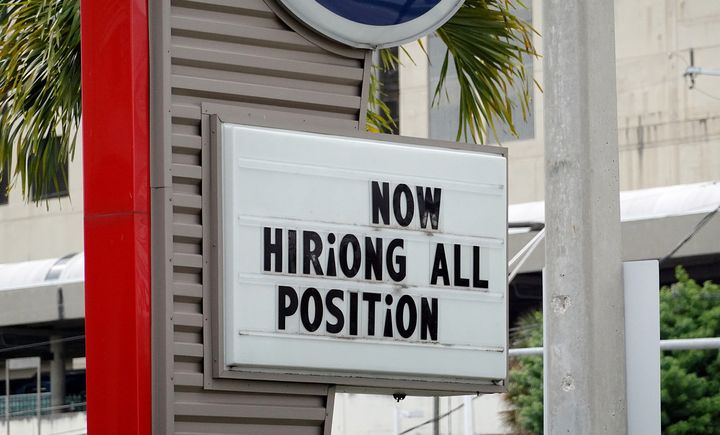 Businesses around the country have struggled to hire employees during the pandemic — but it’s not because of government assistance.

As businesses around the country struggled to hire workers this year ― even as it looked like the pandemic was easing up ― GOP lawmakers and some employers started pointing the finger at the federal government. They put the blame on Democrats and expanded unemployment assistance, saying that because of the benefits, people didn’t feel the need to go back to their jobs.

Arthur Delaney and Dave Jamieson did a great job dismantling that argument and looked at the real reasons for the worker shortage.

The 139 Republicans Who Lied, Fueled An Insurrection And Then Voted To Cover It Up 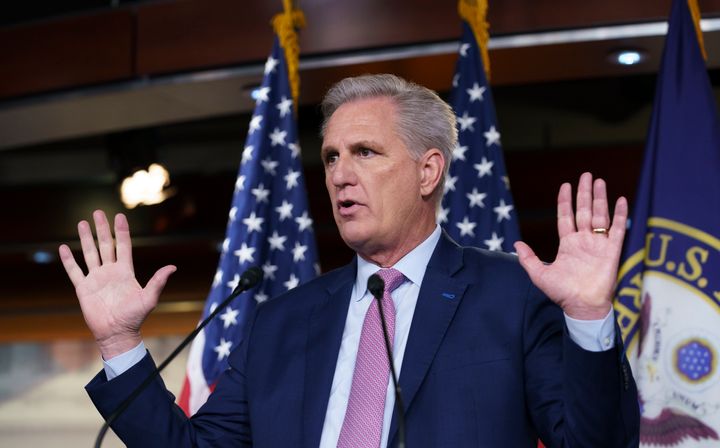 House Minority Leader Kevin McCarthy (Calif.) was one of the Republicans who sided with Trump’s lie about the election.

In January, 147 Republican senators and House members voted to overturn the election. And then five months later, 139 of those Republicans voted against forming an independent commission to investigate the attack on the U.S. Capitol, which was fueled by Donald Trump and carried out by his supporters.

Jennifer Bendery named all 139 of those lawmakers who twice voted to side with Trump’s lie about the election. Read the full list here. 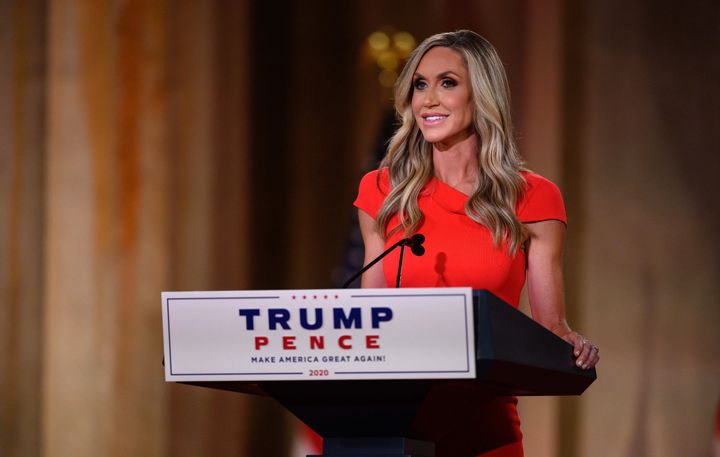 Lara Trump, Eric Trump’s wife, had ties to a dog rescue charity that was spending big at Trump family properties.

In March, S.V. Dáte reported that a dog rescue charity with links to Lara Trump had spent as much as $1.9 million at former President Donald Trump’s properties over the last seven years and was set to drop an additional quarter-million at his Mar-a-Lago country club for another upcoming event.

The story set off a national controversy for Big Dog Ranch Rescue, and its president, Lauren Simmons, went on a damage control tour to defend her group’s work (and attack HuffPost).

Josh Hawley Says He Doesn’t Know If He Saluted Any Rioters, So We Checked 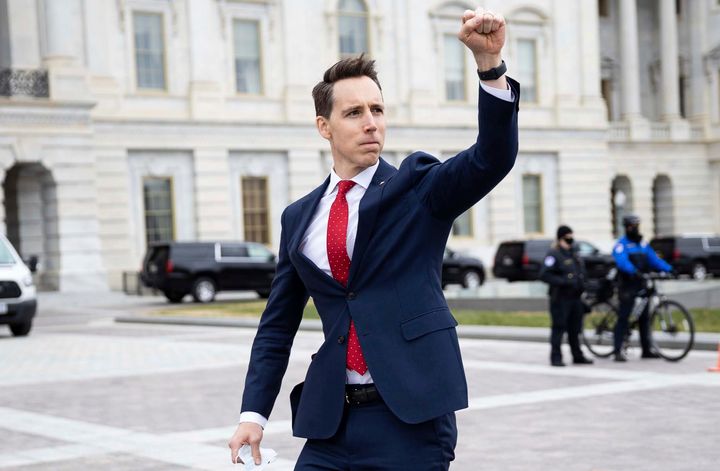 One of the most iconic images of Jan. 6, 2021, is a picture of Sen. Josh Hawley (R-Mo.) raising a fist saluting President Donald Trump’s supporters who had come to the Capitol that day. Hawley later insisted that he was pumping up the peaceful protesters and did nothing to encourage violence at the U.S. Capitol.

But an investigation from Arthur Delaney and Ryan J. Reilly debunked that claim, showing clearly that Hawley did indeed salute some of the rioters.

Greg Gutfeld: It’s a great time to be alive if you’re criminally deranged

Opinion | Welcome to the ‘Well, Now What?’ Stage of the Story