A TikTok user has stirred debate online after posting a video explaining how to get free food from Sonic.

In the video, TikTok user @bmtx00 wrote: “This is your sign to go to Sonic at closing and ask for all the free Door Dash canceled orders.”

The clip begins by showing people going to the Sonic drive-thru and an employee handing food through the window. Then, the video cuts to a photo of paper bags with names written on them, including Nicole and Preston.

User @bmtx00 captioned the video, in part: “Sorry Nicole, Kelli, Preston and ‘Manuole’ from Fort Worth.”

User @bmtx00 also explained in the comments that she “definitely” tipped the cashier.

Since the video was posted earlier this week, it has been viewed more than 466,100 times as of Tuesday morning.

Commenters on the clip were divided on whether or not @bmtx00’s “hack” was a good idea, with some people supporting the TikTok user and others commenting on how the food could be bad by closing time.

“Please don’t do this,” another person, who claimed to be a Sonic worker, wrote. “We probably won’t have it and if we do, it’s old.”

“As a sonic worker- gross do not do that,” someone else wrote. “It sits there for hours and by the end of the night it’s so nasty.”

The video also sparked a debate about whether the “hack” is even allowed, with many reported Sonic workers claiming that handing out canceled orders is against policy.

“Whoever gave those orders out broke all the rules,” one person wrote. 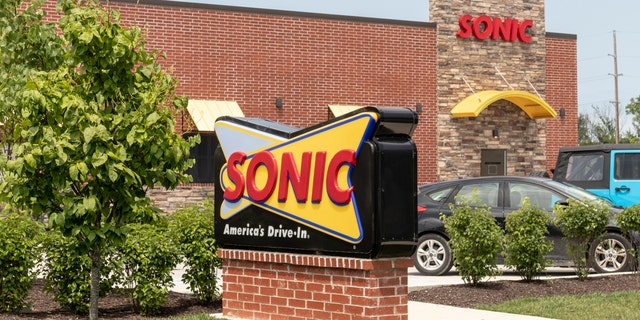 However, in an email sent to Fox News, a spokesperson for Sonic said that giving away canceled DoorDash orders is against company policy. (iStock)

“Yeah they can’t do that,” another commenter wrote. “I worked there for two years we are not allowed to do that.”

“You just got very lucky,” someone else said. “9 out 10 fast food places either throw it out or give it to a worker. I have no idea why this sonic was sitting with old food.”

However, at least one alleged Sonic worker commented to say that their location does allow employees to hand out canceled orders.

“I was a manager there, so yes this is true,” one person commented.

Other commenters who claimed to be Sonic workers said that canceled orders go to employees instead.

One person, who said they were a “former Sonic manager” wrote in part: “They don’t keep the orders. They give them to the employees after [they’re] canceled.”

“I’m a manager at Sonic and whatever [DoorDash] is canceled will def be eaten by the employees,” another person wrote.

A spokesperson for Sonic told Fox News in an email that handing out canceled DoorDash orders is against company policy.

“Giving away prepared orders that have been canceled on DoorDash is not Sonic’s policy,” the spokesperson said. “The franchised location shown in the TikTok video is taking corrective actions to ensure this doesn’t occur again.”