The founder of lifestyle label LoveShackFancy knows you’ve been living in loungewear this year, which is why the brand, best known for its ethereal, romantic dresses, teamed up with lingerie label Morgan Lane for a cozy yet luxurious limited-edition sleepwear collection.

What to do in L.A. in October: Fashion, art, pop-ups, LAFW

Debuting Tuesday on loveshackfancy.com and morgan-lane.com, the collaboration was photographed in Los Angeles at a Jayne Mansfield-inspired home known as the Pink Palace. Ethiopian Danish musician and model Isabella Peschardt is featured wearing pieces from the new collection, which includes robes, pajamas, slip dresses and night shirts from $98 for a silk eye mask to $388 for a floral pajama set.

The new L.A.-based campaign is just one more way that LoveShackFancy is showing its commitment to the West Coast. Earlier this year, the New York-based brand opened two stores in Southern California. This summer, LoveShackFancy’s founder, Rebecca Hessel Cohen, said she couldn’t wait to visit the brand’s Newport Beach and Los Angeles stores.

Lifestyle label LoveShackFancy teamed up with label Morgan Lane for a cozy yet luxurious limited-edition sleepwear collection of robes, pajamas, slip dresses and night shirts priced between $98 for a silk eye mask to $388 for a floral pajama set.

“I was supposed to be there,” she said during a phone call in August, explaining that her plans and the store opening dates kept shifting in light of COVID-19 restrictions. Day after day, week after week, she, along with the rest of the retail industry, rode the rollercoaster of watching stores open and close before eventually reopening again.

“We kept on persevering and we opened as soon as we possibly could,” she said.

LoveShackFancy’s Melrose Place flagship, which will be open through the holiday season, isn’t just a store. Some might call it an experience and a sense of much-needed escapism.

“It’s like the Beverly Hills Hotel meets the Ritz Paris,” Hessel Cohen said of the rose-covered-cottage, which is filled with flowers, vintage shutters, Sanderson chintz wallpaper, custom LoveShackFancy curtains, oversized antique mirrors, and a Parisian glass chandelier from the 1920s. Hessel Cohen personally sourced the furniture and curated the decor. However, due to the shutdown, her local team handled logistics with Hessel Cohen working remotely from New York. 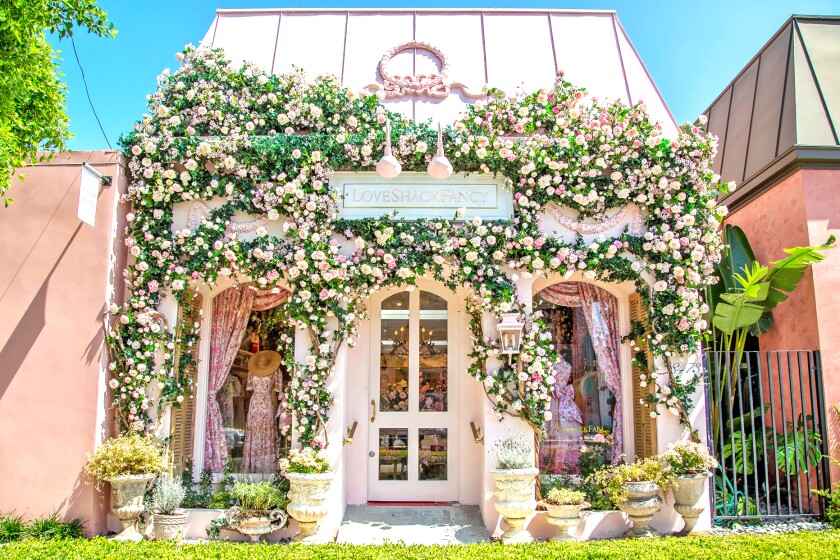 The outside of LoveShackFancy’s Melrose Place flagship.

In true 2020 fashion, Hessel Cohen greeted customers virtually. “You guys better have a dance party,” she said, beaming over FaceTime during a tour of the Melrose Place store during the summer. “Every store that we create, we want to take inspiration from what we love about the local community and the tradition and heritage of that neighborhood,” she said, describing the Melrose Place store as a European-inspired space with a mix of Old Hollywood charm. “It’s meant to take you to this other world.”

The store includes a number of pieces exclusive to the location, such as bespoke antique teacup candles ($85), a bridal salon (with a collection that ranges from $495 to $1,995), vintage hand-embroidered slips that Hessel Cohen upcycled ($695), hand-dyed cashmere sweaters made in collaboration with L.A. brand Harden ($1,050) and bespoke hats from local designers Nick Fouquet and Teressa Foglia ($1,275). 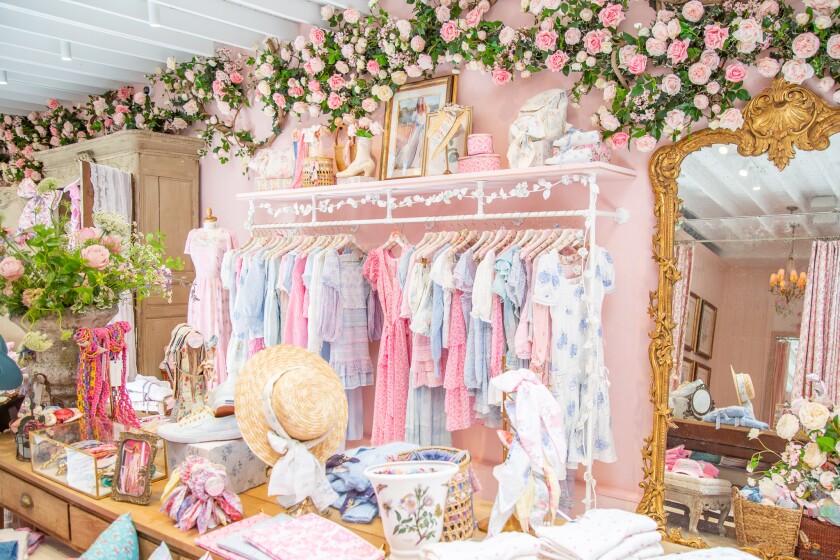 While discussing LoveShackFancy, children’s laughter could be heard in the background. “I’m with the girls on a boat today,” Hessel Cohen said, referencing her daughters, Scarlett, 7, and Stella, 5.

A LoveShackFancy devotee would have already known they were on the water because Hessel Cohen spent the morning posting her family’s enviable boating adventure on both her and the brand’s Instagram accounts.

Hessel Cohen often shares snippets of her seemingly carefree, and impeccably decorated life, which is frequently emulated by LoveShackFancy fans who are obsessed with her brand’s handpainted floral prints.

“LoveShackFancy has now become like an adjective,” Hessel Cohen said while describing her label’s dreamy aesthetic, which she tends to wear from head to toe while in the company of her perfectly coordinated children. “Wedding planners reach out to us all the time, ‘This couple wants a LoveShackFancy-themed wedding.’ It’s amazing.”

LoveShackFancy launched in 2013, shortly after Hessel Cohen designed her own wedding’s bridesmaid dresses with the help of her mother, Nancy Hessel Weber, a former creative director for Seventeen magazine. 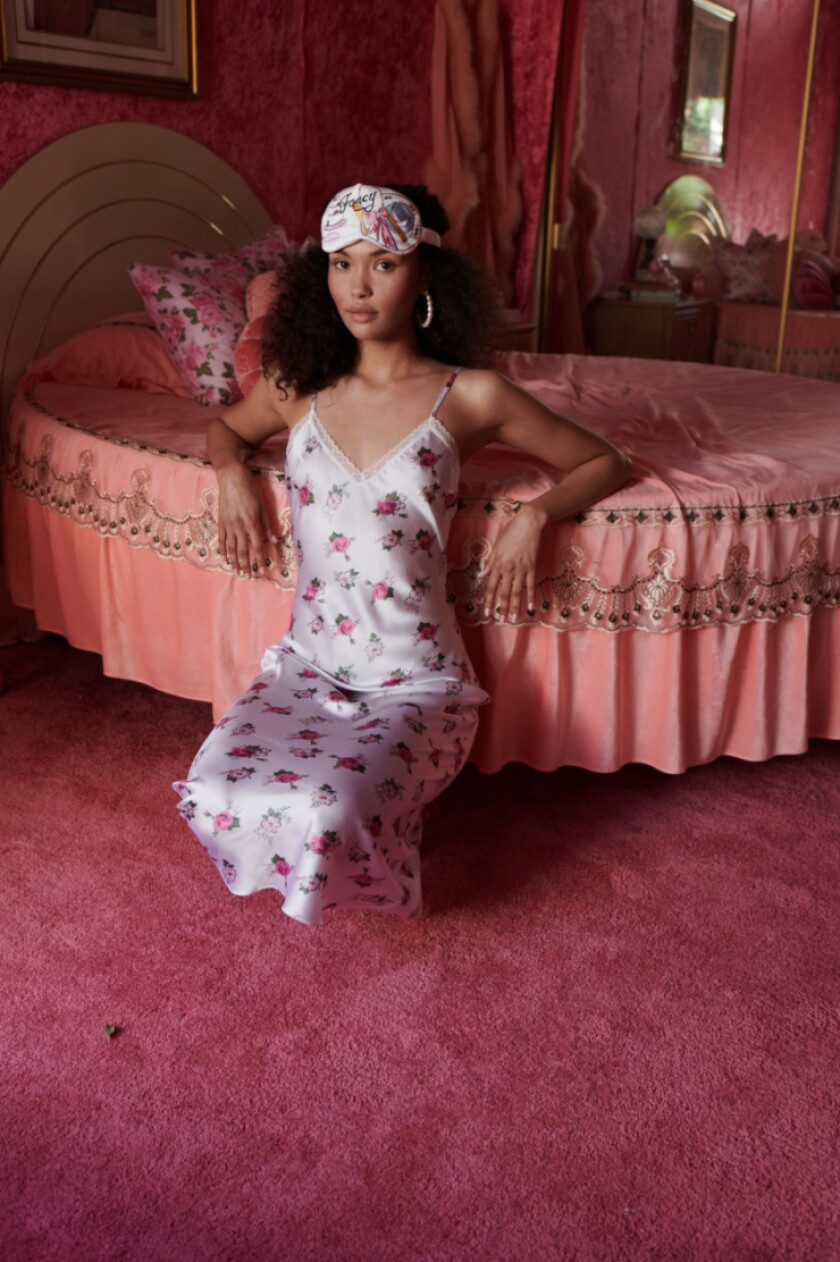 Based on positive early feedback, Hessel Cohen left her job as a fashion editor at Cosmopolitan magazine to create LoveShackFancy. The contemporary fashion brand eventually branched into children’s clothing and accessories. Since then, the company expanded exponentially and includes everything from activewear to home goods, with a number of new collaborations and categories on the horizon.

Hessel Cohen pulls inspiration from her younger years when designing the line’s flirty, feminine pieces. “I grew up in the ’80s, so a lot of it is that feel-good-’80s sensibility that I love,” she said.

Also, her mom’s taste in fashion and decor essentially became her own. “If you walk into her house in the Hamptons, where I grew up and had my wedding, it literally is like a LoveShackFancy museum. It’s the original place of inspiration.” 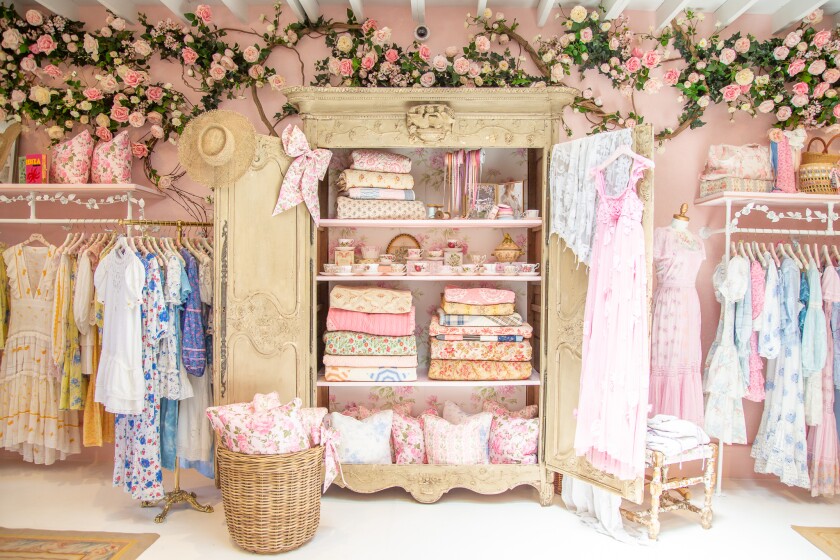 Hessel Cohen’s children have also embraced their mother’s taste. “It’s this very generational story,” Hessel Cohen said, sharing that her daughters, along with her real estate developer husband Todd Cohen, are as involved with the brand as she is. “It’s like a full-on family affair,” she said.

While her husband has always had a hand in the business aspect of LoveShackFancy, Hessel Cohen said he’s been particularly hands-on since the pandemic hit. When the shutdown began, Hessel Cohen transformed her New York home into a home office.

“I have a showroom downstairs in my basement,” she said. “I have another boudoir dressing room that’s across from Stella’s room. That’s where all the new arrivals come in.” 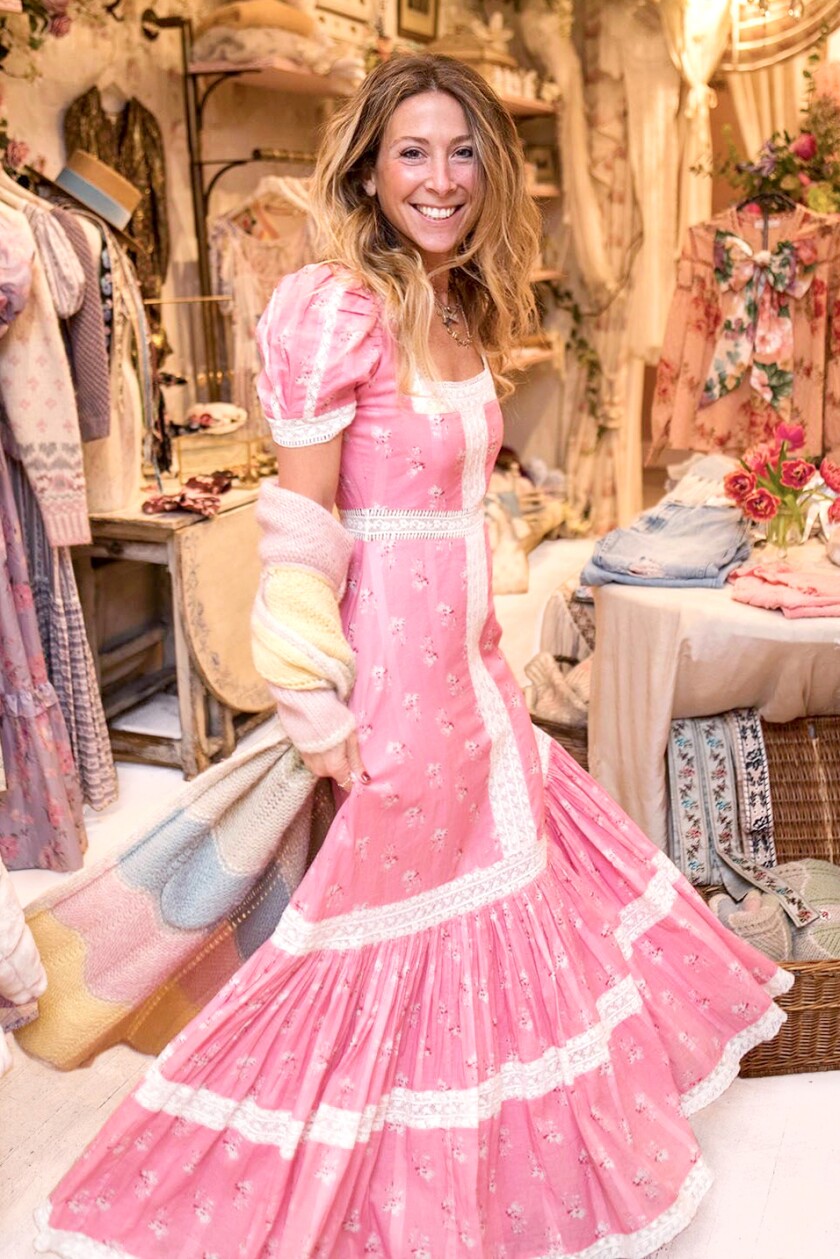 While LoveShackFancy has previously launched a few home goods, it will further expand into this category with full bedding — sheets, pillows, duvets and the works — in the spring. The brand also has plans for LoveShackFancy wallpaper and fabrics by the yard, so that people can reupholster furniture using the label’s signature prints. “The sofa you’re sitting on is just as important as the dress you’re wearing,” Hessel Cohen said. “It’s thinking of your home as your wardrobe.”

Hessel Cohen said LoveShackFancy is also partnering with a company to create branded-floral boat cushions. So was that boating excursion this summer for business or pleasure? Based on Hessel Cohen’s social media, it’s easy to gather that the two are intertwined.

“It actually is just the way that I live,” Hessel Cohen said of her life and lifestyle company’s close connection. Case in point: her latest collaborator, Morgan Lane founder Morgan Curtis, is also her neighbor in the Hamptons. “Everything has happened in such an organic way.”