The death toll from the strongest typhoon to hit the Philippines this year has surged to 375 , as desperate survivors pleaded for urgent supplies of drinking water and food.

“Our situation is so desperate,” said Ferry Asuncion, a street vendor in the hard-hit seaside city of Surigao, which was devastated by the storm. 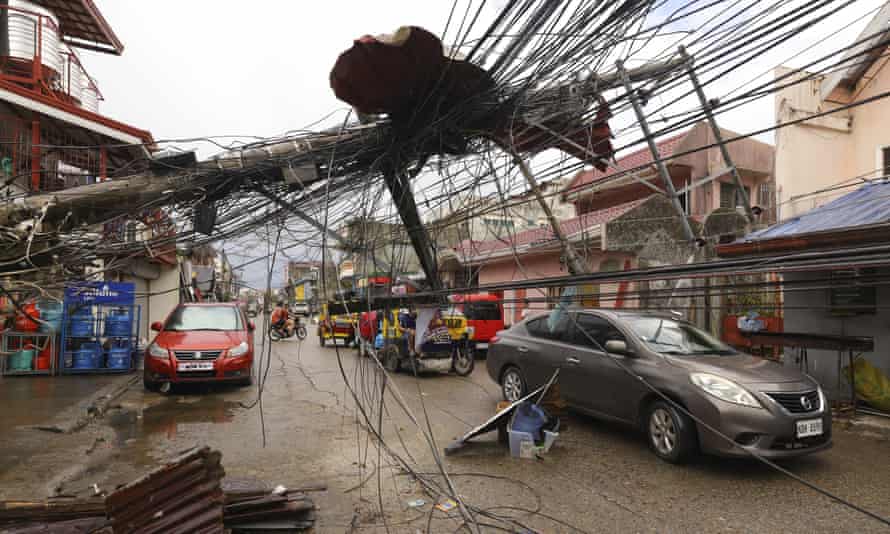 At least 375 people were killed and 56 are missing in the latest disaster to hit the archipelago, with 500 more injured, the national police said.

More than 380,000 people fled their homes and beachfront resorts as Rai slammed into the country on Thursday.

One of the hardest-hit islands was Bohol – known for its beaches, “Chocolate Hills” and tiny tarsier primates – where at least 94 people have died, provincial Governor Arthur Yap said on Facebook.

Many wooden houses in Bohol’s coastal town of Ubay were flattened and small fishing boats destroyed on the island, where a state of calamity has been declared.

A senior official at the national disaster agency said he had not expected as many deaths.

“I was proven wrong as it appears now coming from the reports,” said Casiano Monilla, deputy administrator for operations.

Rai hit the Philippines late in the typhoon season: most cyclones develop between July and October.

Scientists have long warned that typhoons are becoming more powerful and strengthening more rapidly as the world becomes warmer because of human-driven climate change. 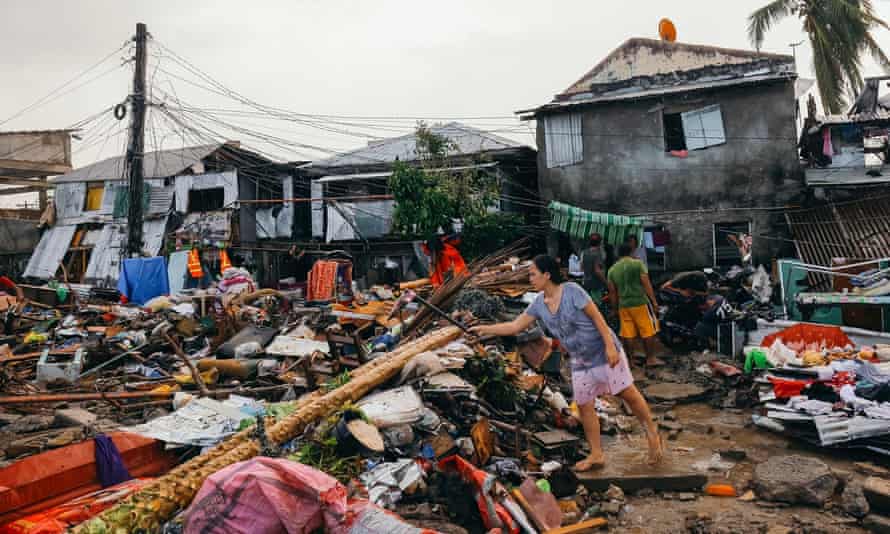 Surigao City was among the regions hardest hit by the typhoon. Photograph: Jilson Tiu/GREENPEACE HANDOUT/EPA

The Philippines, which is ranked among the most vulnerable nations to the impacts of climate change, is hit by an average of 20 storms every year, which typically wipe out harvests, homes and infrastructure in already impoverished areas.

In 2013, Typhoon Haiyan was the strongest storm ever to have made landfall, leaving over 7,300 people dead or missing. The death toll from Rai is not expected to get anywhere close to that number.

The Philippines has an established disaster management system that provides early warnings of approaching storms and moves vulnerable communities into evacuation centres.

But the storm has dealt a savage blow to the tourism sector, which was already struggling after Covid-19 restrictions decimated visitor numbers.

“SOS” has been painted on a road in the tourist town of General Luna on Siargao Island, where surfers and holidaymakers had flocked ahead of Christmas, as people struggled to find water and food.

“There’s no water any more, there’s a water shortage, on day one there was already looting in our neighbourhood,” Siargao resort owner Marja O’Donnell told CNN Philippines.

There has also been widespread destruction on Dinagat and Mindanao islands, which along with Siargao bore the brunt of the storm when it hit, packing wind speeds of 195 kilometres (120 miles) an hour.

Police reported 167 deaths in the Caraga region, which includes Dinagat, Siargao and the north-eastern part of Mindanao.

At least 14 people died on the Dinagat Islands, provincial information officer Jeffrey Crisostomo told broadcaster ABS-CBN, saying the area had been “levelled to the ground”. 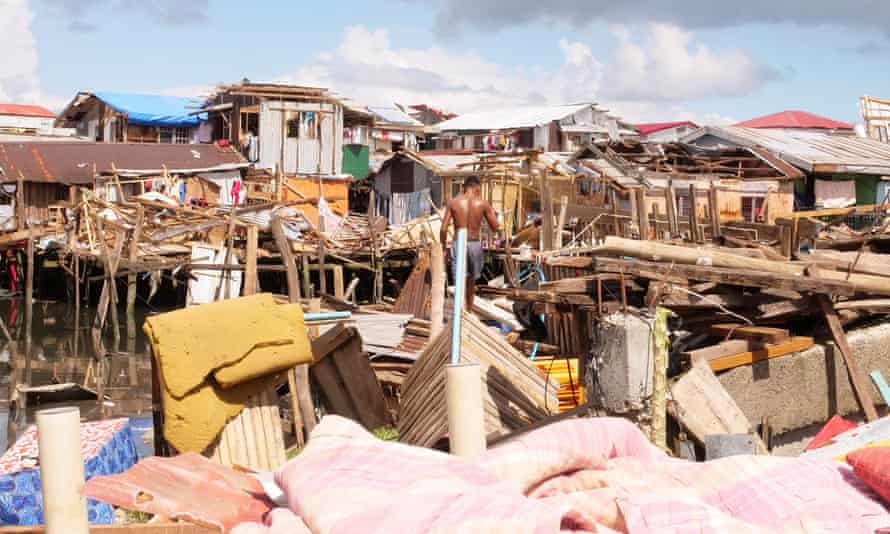 With electricity knocked out in many areas, there was no signal or internet, hampering efforts to assess the storm’s damage.

Thousands of military, police, coast guard and fire personnel were deployed along with food, water and medical supplies, while heavy machinery – including backhoes and front-end loaders – were sent to clear roads.

President Rodrigo Duterte vowed to “look for another” two billion pesos ($40m) in aid, which would double his previous pledge.

But some expressed frustration at the government’s response.

“No one showed up, I don’t know where the politicians and (election) candidates are,” said a visibly angry Levi Lisondra, a resident in Surigao, on the northern tip of Mindanao.

“We paid big taxes when we were working and now they can’t help us.”