IRVING, Texas — The NFL is planning “significant changes” to its COVID-19 protocols amid the worst three-day stretch for the league during the pandemic, a person familiar with the plans told The Associated Press on Wednesday night.

The person, who spoke on condition of anonymity because details haven’t been finalized, said the league and the NFL Players Association are discussing three main areas: testing protocols; return to play guidelines to allow asymptomatic players who’ve tested positive to return sooner; and encouraging booster shots.

On Monday, the league informed coaches, front-office staff and other team personnel to receive a COVID-19 booster by Dec. 27. Players weren’t included in the mandate because the league hasn’t mandated the vaccine.

The Rams defeated the Cardinals on Monday despite missing several players due to COVID-19.

The new coronavirus variant has been found among the dramatic increase in COVID-19 cases in the NFL in what the league’s chief medical officer is calling a new phase of the pandemic.

Dr. Allen Sills said NFL owners were told in meetings Wednesday that booster shots are the focus of efforts to minimize spread, with Sills saying the omicron variant is expected to become the dominant strain in the U.S.

The league said the number of positive cases Monday and Tuesday ended up at 88, but with players coming and going on the list, about 100 is more accurate.

Still, Commissioner Roger Goodell said there were no plans to cancel or postpone Cleveland’s home against the Las Vegas Raiders on Saturday. The Browns have 18 players, including half their 22 starters, on the COVID-19 reserve list.

“Listen, we’ve raised this the last two years: It’s a challenge,” Goodell said. “I think the things that made us successful was keeping safety first. Second, being willing to adapt at all times. It’s clear even in the last couple of weeks that the changes are pretty significant and different than they were before, and I think it calls to modifications to our protocols in general, and we’re working with the players association on that.” 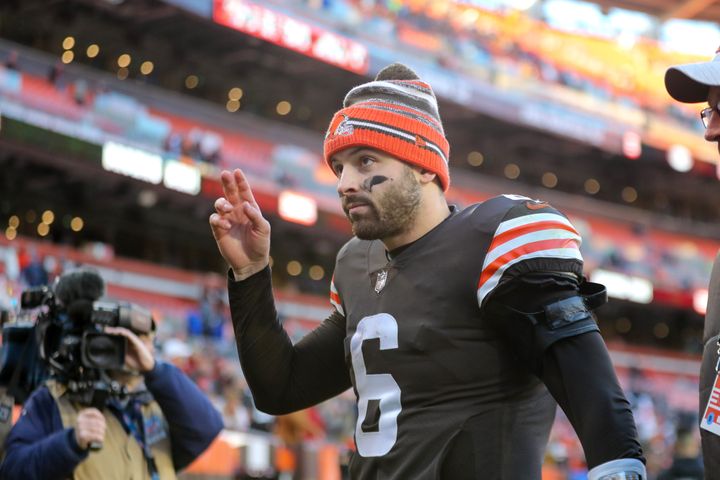 Sills said about two-thirds of the positive tests came from people with no symptoms. Asked if there was a chance the NFL would allow vaccinated players who tested positive to play if they didn’t have symptoms, Sills said discussions with the union were ongoing.

“It’s not about how soon we get them back,” Sills said. “We want to bring them back when it’s safe for them and when they are not at risk to others in terms of transmission.”

NFLPA President J.C. Tretter made another plea for daily testing amid the COVID-19 surge, but Sills said testing wasn’t the best way to address the league’s larger concern of spreading the virus.

Sills said players are testing positive more often than NFL staff, a change from early in the pandemic. In the past week or so, according to Sills, spread within team facilities has been a bigger concern than in the community.

Besides discussions with the union, Sills said he’s trying to use video to educate players about the extra shot.

“This is urgent for us, just as it always has been,” Sills said. “And I think we’ve adapted and changed our protocols at each stage, just based on what the data is telling us and where it’s driving us with that. That’s what we’ll continue to do here.”

The Super Bowl will be at SoFi Stadium in Los Angeles for the first time this season. State Farm Stadium in Glendale, Arizona, will host its third Super Bowl after the 2022 season.