The moment the reality of the COVID-19 pandemic sunk in

In the last week of February, when I was still hugging friends and sharing appetizers with them over dinner, I received an unwelcome call from my editor.

After weeks of reading my colleagues’ coverage of the novel coronavirus that had sent China into an unprecedented lockdown, it was my turn to pitch in.

My assignment: Describe how daily life would change if a full-blown pandemic occurred on American soil.

I thought it was a terrible idea — speculative and sure to needlessly scare readers with tales of shuttered restaurants, abandoned playgrounds and closed schools. Surely, this was more science fiction than a reported story.

At the time, just 60 coronavirus infections had been confirmed in the United States, a country of 331 million people. Was it really necessary to paint a dystopian picture of some imaginary future that would never come to pass?

Then I started reporting.

I began by listening to a news conference with Dr. Nancy Messonnier, director of the National Center for Immunization and Respiratory Diseases at the Centers for Disease Control and Prevention.

I expected a reassuring message that what was happening in China — pop-up hospital wards and healthcare workers suffering from physical and mental exhaustion — would not occur in the United States. Naive and ignorant, I believed that full-blown pandemics were something that only happened in distant lands and the movies, not here.

Speaking calmly but quickly, Messonnier put the first cracks into my sense of security. She said it was no longer a question of if the virus would spread across the U.S., but rather when, and how many people in the country would experience severe illness.

She described telling her children about the profound disruptions they were likely to experience as 2020 unfolded, and calling her school superintendent to ask what plans were in place for distance learning. 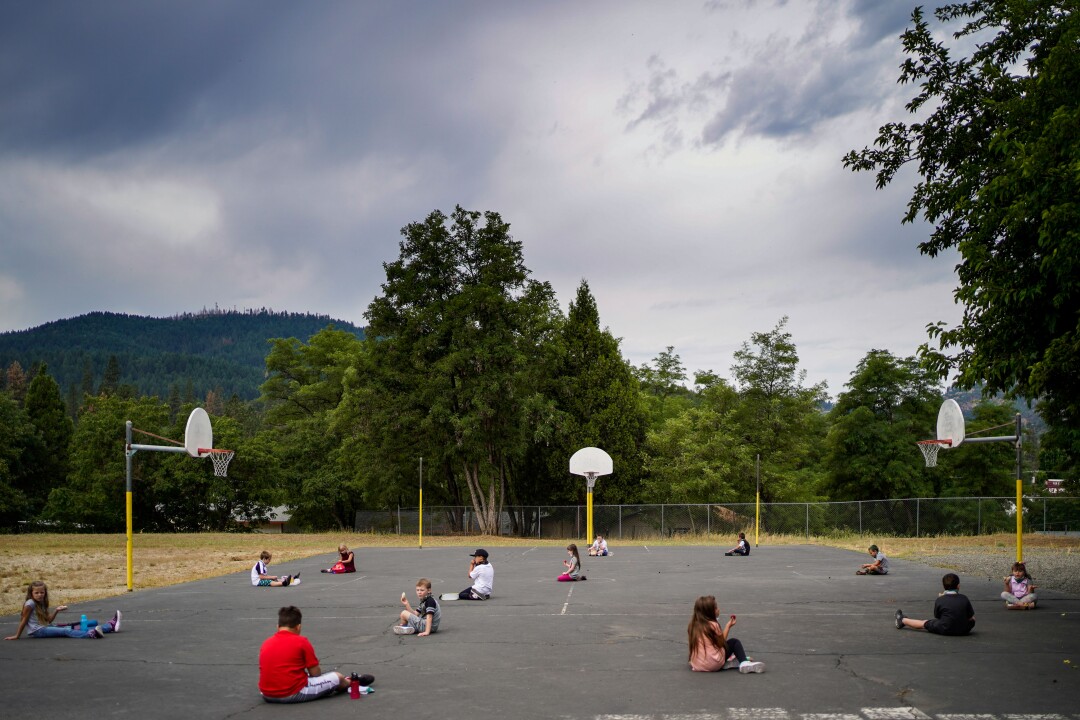 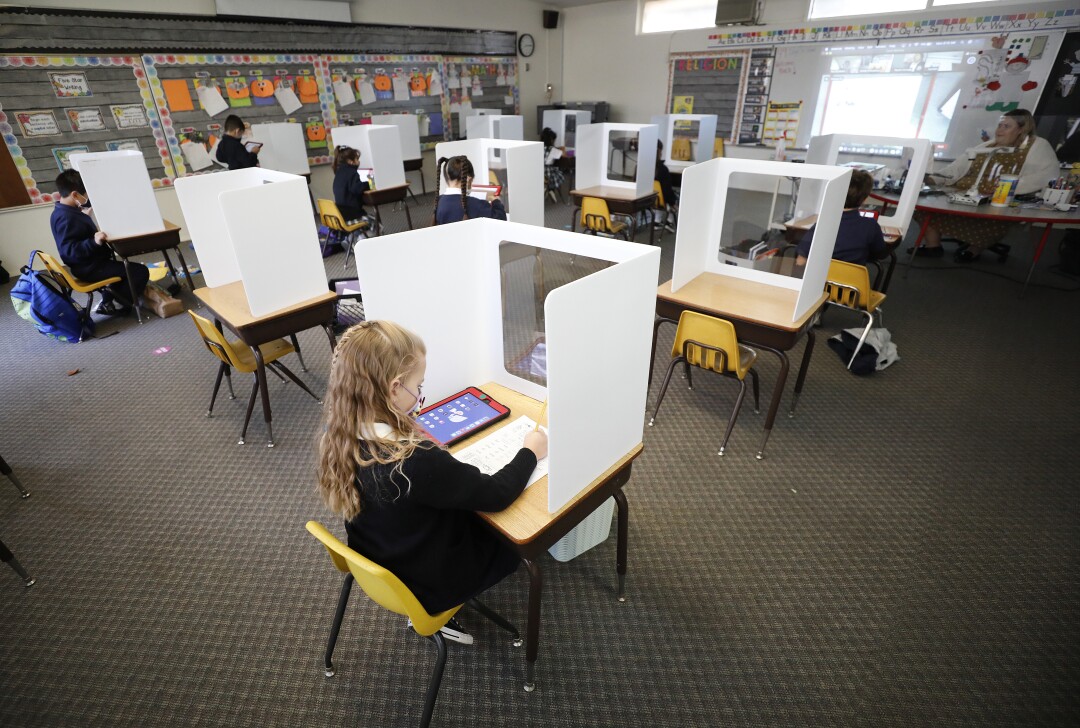 First grade student Rylee Labarbera works behind a shield at her desk in the classroom of teacher Erika Craig as roughly 40 students returned to St. Maria Goretti Catholic School in Long Beach for in-person instruction Monday with transitional kindergarten. St. Maria Goretti is the first Catholic School in Los Angeles County to receive waiver approval to reopen since schools moved to remote learning in March. Oct. 26, 2020.

“You should think about what you would do for child care if schools or day cares close,” she told reporters. “Is teleworking an option for you? Questions like these can help you be better prepared for what might happen.”

I struggled to make sense of what I was hearing. Isn’t it the CDC’s job to keep people from freaking out? Why was she telling everyone to worry?

The media mantra at the time was that the United States would never resort to the “draconian” restrictions that China imposed. We live in a radically different society with a different government structure. But if we did go into lockdown, what would it look like?

I found a more likely model in Italy, which was just on the cusp of its own devastating outbreak. I clicked over and over through photo galleries depicting life in the country’s Lombardy region, where 10 towns had just entered lockdown after a cluster of cases suddenly emerged in Codogno, southeast of Milan. I saw surreal images of teenagers gathered in a park in a semicircle wearing masks and standing six feet apart, an elementary school teacher trying to engage young children over the computer, a family that had not left their apartment in a week.

Media outlets reported that officials in Milan had closed museums and schools, bars and nightclubs. Cathedrals too. Supermarkets were running out of fruit, vegetables, meat and nearly all canned foods. By now, the dystopian future my editor had asked me to describe no longer felt like science fiction. Instead, it felt like I was looking into a crystal ball, gazing at what would inevitably come our way.

I called my sister, a pediatrician in New York who never worries about anything.

In that call with reporters, Messonnier left the door open for an alternate reality — one in which the overwhelming and scary process of planning for a pandemic might not be necessary.

“I continue to hope that in the end we will look back and feel like we were overprepared,” she said.

It was a future I wanted to believe in when she said it, but no longer could. 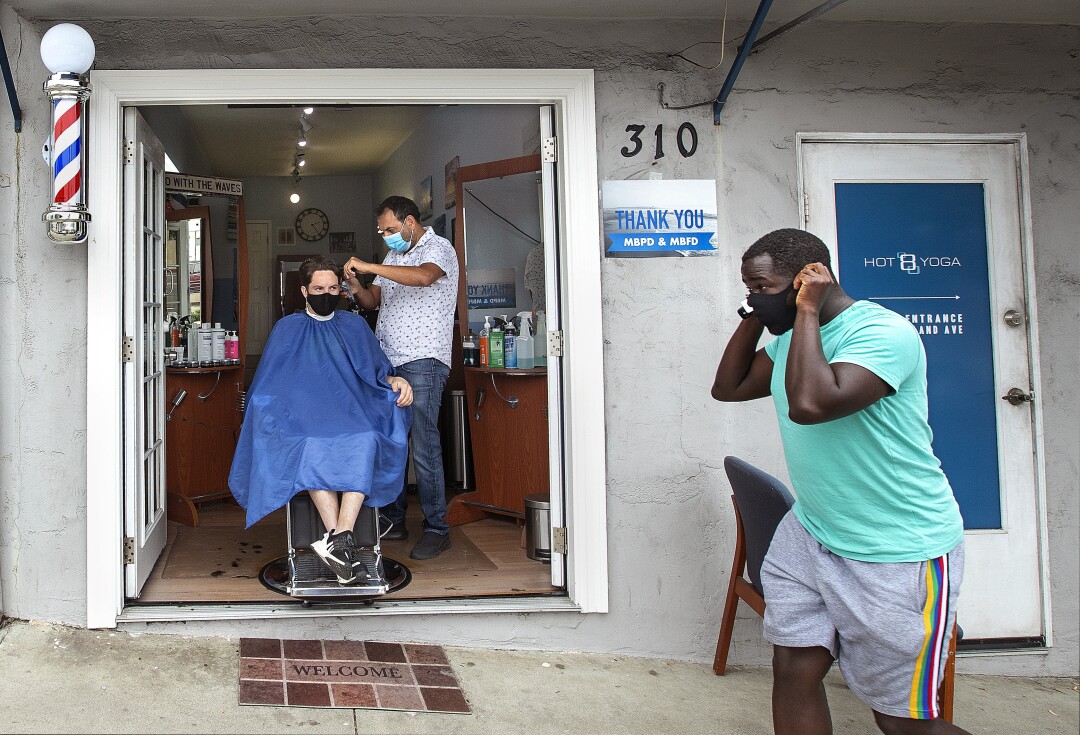