Brad Pitt might soon find himself hosting some jam sessions after he finishes the next phase of renovation on the lavish $164 million French estate he formerly co-owned with Angelina Jolie.

The “Once Upon a Time in… Hollywood” actor, 57, is set to reopen Miraval Studios – a storied recording space created French jazzman Jacques Loussier in 1977 but has gone unutilized on the 1,000-acre Château Miraval since the early 2000s.

Pitt and Jolie got married at the posh abode back in 2014 in a super-secret ceremony only attended by their six children.

For the revitalization effort, Pitt has partnered up with French music producer Damien Quintard, who took to Instagram to share his excitement at tackling the “rebirth” project with Pitt.

Brad Pitt previously filed a complaint with the court alleging Angelina Jolie was attempting to sell her stake in their Chateau Miraval estate without giving him first option to purchase it outright. The actress sold the shares to wine group Tenute del Mondo, a faction of the Stoli Group, which also owns Masseto and Ornellaia. The price was not disclosed.
(Michel Gangne/AFP via Getty Images)

“It is the honor of a lifetime not only to be co-founding the rebirth of one of the most iconic recording studios that recorded Pink Floyd, Wham!, AC/DC, Sting, etc., but also to have Brad Pitt as a Partner,” Quintard, 30, captioned a photo post of himself with the “Fight Club” actor donning a white bucket hat, green hooded sweatshirt, lightly-ripped faded blue jeans and white slip-on sneakers.

“Truly touched by Brad’s trust in me and grateful for the support of all my fantastic team and entourage without whom nothing would ever be possible,” he added.

Quintard told Pitchfork when he and Pitt met in Paris, “we clicked immediately.”

“It was an intense moment where we just talked and talked about sound,” he added of the moment. “I was amazed at how sensitive and precise he was in his analysis of music.” 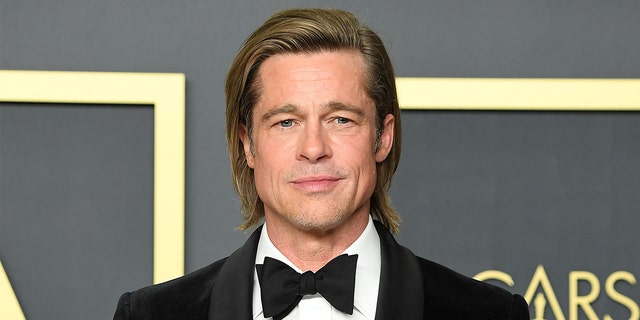 The studio will retain its name and is set to reopen in the summer of 2022.

It said in a statement shared to Instagram on Monday that it is “can’t wait” to get started on “this soulful journey ahead.”

“Located in the south of France, in the ‘Château Miraval,’ we’re re-designing one of the most iconic recording studios ever,” Miraval Studios said in the memo. “The timelessness of the songs recorded there by Pink Floyd, The Cranberries, AC/DC among so many others, will soon be back for the artists of our days.”

BRAD PITT SPOTTED DRESSED TO THE NINES ON SET OF ‘BABYLON’

News of the renovation of the French recording studio came just hours before it was reported on Tuesday that Sony will be pushing Pitt’s film “Bullet Train” back three months to July 15, 2022.

It was initially set to open on April 8.