Lisa Sharkey of Manhattan was shocked a few days ago when she came upon a selection of Navy-and-white striped pajamas for sale in a store as she was doing some Christmas shopping.

The stark striped pajamas reminded her of the clothes worn by Holocaust victims in concentration camps who were murdered by the Nazis during World War II. Among those victims were her own beautiful relatives, something she learned about her family only recently.

She was taken aback at the items she saw for sale.

Lisa Sharkey took this photo of the Navy-and-white striped pajamas that she saw for sale earlier this week in Manhattan. She said she felt “sickened” when she saw them in the store.
(Courtesy Lisa Sharkey)

“The first day that I saw those pajamas [in the store], I didn’t take pictures of them. But I was really upset,” she told Fox News Digital.

Sharkey, a senior vice president and director of creative development at HarperCollins Publishers and an Emmy-award winning journalist, said she went back to the store the next day to do more Christmas shopping. She couldn’t believe it when she saw the same pajamas still there. This time, she couldn’t stay quiet.

The ultimately positive outcome that occurred because Sharkey spoke up quickly and reached out to both the manufacturer and the store that carried those items is an example of this truism: When you speak up about a problem and bring it to the attention of others, change can happen.

Positive things can happen. Yes, they can. 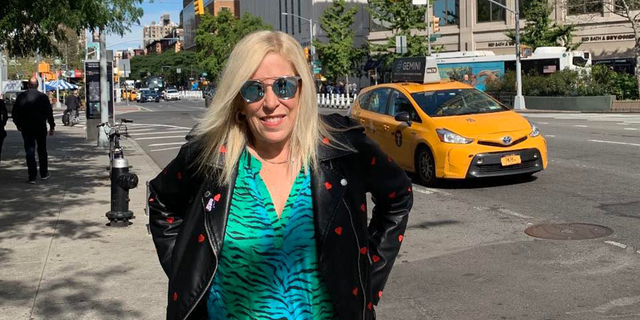 Yet it often takes that brave, lone voice to arrive at that point, something Sharkey’s actions demonstrate.

“I really want to focus on the fact that the company and the store were so responsive so quickly and were so kind,” Sharkey told Fox News Digital on Saturday morning. “They understood immediately that they needed to provide an instant solution and did so.” She added, “And I think this is not a negative story at all. It’s really a positive story.”

The Navy-and-white striped pajamas were made by a company called Sleepy Jones — which, Sharkey stresses, was completely professional and prompt in responding to her request to discontinue the item. Nordstrom, too, she said, acted professionally and swiftly in working with her and agreeing to stop carrying these pajamas in its store. 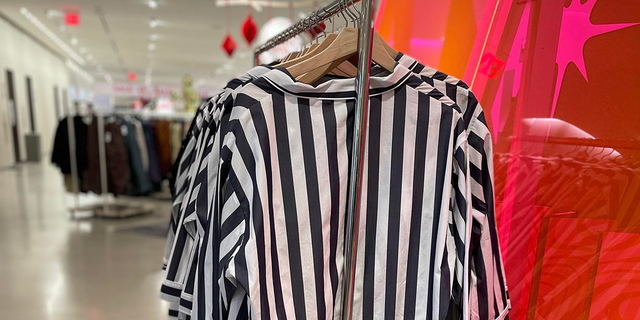 Another photo of the Navy-and-white striped pajamas that Sharkey saw for sale in Nordstrom in Manhattan earlier this week. She praises both the company and the manufacturer for their swift responses to her complaint.
(Courtesy Lisa Sharkey)

Her email to Sleepy Jones a few days ago, which she shared on Facebook, went as follows: “Dear Sleepy Jones, I was at Nordstrom yesterday shopping for pajamas and I came upon a rack of ‘Marina Pajama Set’ pajamas in a Navy and White stripe that looked so close to what the prisoners were forced to wear at Auschwitz that I was literally sickened.”

She added, “I urge you to please remove these pajamas and apologize. Thank you.”

“If you stay quiet, you can’t make a difference in the world.”

Sharkey told Fox News Digital that on the second day she saw the pajamas in the store, “I thought, I need to photograph this because I can’t believe how closely these pajamas resembled what millions of people wore before they were slaughtered by the Nazis. And I struggled with whether or not to do anything about it,” she continued.

“Then I realized that if you stay quiet, you can’t make a difference in the world.”

She sent Fox News Digital the photos shown here of her beautiful relatives “who were murdered during World War II,” she said. 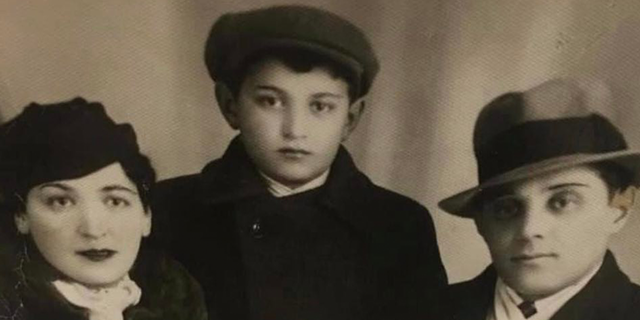 Lisa Sharkey’s Polish relatives were exterminated in Nazi concentration camps during WWII. Shown above are her cousin, Sara Radzyminski (at left), Sara’s husband (at right), and the couple’s young son, Jakob. They were from Lomza, Poland, and suffered a cruel and awful fate like so many other Jews during WWII. (courtesy Lisa Sharkey)

“It was only a few years ago that I even found out I had relatives who died in the concentration camps,” she said. “No one ever talked about that when I was a kid.”

She detailed her journey to this successful conclusion of her complaint in a series of Facebook posts over the past few days.

On Dec. 9 she wrote to her friends, “UPDATE!!!!!! The store has pulled the pajamas off the floor and the company that manufactured them is no longer going to be selling them. I want to say how pleased I am that in 24 hours’ time I was able to get fast action from people who were thoughtful and caring and took very fast action!!!!!”

“Thank you, Sleepy Jones, for hearing me and understanding!! I also received a lovely phone call from the store manager of Nordstrom, who tells me the striped pajamas have been removed from the store and will not be sold any further.”

She went on, “Yesterday I was really reluctant to say anything publicly about how upsetting it was to be in Nordstrom and see these pajamas, which look extremely similar to what the concentration camp prisoners at Auschwitz and other camps were forced to wear during the Holocaust. But then I realized that if I don’t say something, maybe nobody will say anything.”

She said as well in that same post, “I don’t think these pajamas should be for sale at Nordstrom or anywhere, for that matter. I was horrified. The company that makes them is called Sleepy Jones. As someone whose relatives were exterminated by the Nazis during World War II, I just don’t think this is OK. THANK GOODNESS THIS HAS BEEN RESOLVED WITH NO DRAMA! Thanks to Katie at Sleepy Jones and Shana and Taylor at Nordstrom!”

She shared this as well: “I am so happy that by speaking out and speaking up I have helped the folks at Sleepy Jones recognize that pajamas closely resembling the striped ones prisoners were forced to wear in concentration camps during World War II should be pulled off the shelves. Thank you, Sleepy Jones, for hearing me and understanding!! I also received a lovely phone call from the store manager of Nordstrom, who tells me the striped pajamas have been removed from the store and will not be sold any further.”

BRIT HUME ON THE JOY OF CHRISTMAS GIVING: ‘VERY BLESSED’

She had written earlier, “I spoke to a super nice person … when I called Nordstrom headquarters to complain. They put the acting store manager of the 57th Street store on the phone.

“He was an extremely empathetic and caring person named Taylor,” she went on, “and he said that they are going to immediately look into this. He apologized profusely and said it was unintentional on the part of Nordstrom, which I believe to be the case. And they will be letting me know what their decision is. Hopefully it will be to remove the pajamas and apologize to the public.”

Sharkey had noted in an earlier comment on Facebook, “Why would someone make pajamas that look so similar to what the Nazis forced Jews to wear during World War II?”

Sharkey also shared with friends on Facebook, “I want to reiterate the point that while the product was awful and in terrible taste, the company has stopped manufacturing these pajamas and Nordstrom has immediately stopped selling them. So if you see something, say something.”

One of her followers responded, “I don’t think [this] was an insult or callous. I’m sad to say there are severe blind spots still out there in a very big way. Yes, anti-Semitism is at an all-time high, but I think this was ignorance, not malice. Thank God Lisa made them aware.”

Another wrote, “Lisa, your efforts make me SO happy. I’ve been involved with the Holocaust [Memorial] Museum since its inception and have supported the [Simon] Wiesenthal Center my whole life. Your perception of these pajamas was spot on and I’m very glad they heard you.”

GET THE FOX NEWS APP HERE

And still another wrote, “I saw your original post and it made me cry.” Once the issue was successfully resolved and the manufacturer agreed to stop making the item, the person added, “I immediately went to their website to place an order in gratitude.”

Sharkey was recently named one of the “21 leaders for the 21st century” by the editors at Women’s eNews. She told Fox News Digital, “I’m known for giving voices to others but in this case it was my own voice that made the difference.”