Lately, the cutting edge of sneakers has begun to look round. Not simply soft, but volumetric, fat, chubby. Call it blobby. These are not shoes—they’re shooze.

20 Best Gold Watches for Men in 2022: Epic Timepieces for Every Budget, Style, and Occassion

King among the shooze is the Pyer Moss Sculpt. That sneaker actually debuted in designer Kerby Jean-Raymond’s show at the Brooklyn Kings Theatre in October of 2019, but it hit the market just this past November in black and yellow, and swiftly sold out. Shooze move slowly: a new colorway, yellow and white, drops this Friday. (Though Jean-Raymond does double-duty as the creative director of Reebok, these sneakers were introduced under the Pyer Moss banner alone, and, accordingly, are priced to the tune of $595.) When I first saw them the fall before last, they struck me as a blobbier take on the Raf Simons Ozweego, which appeared to snap an Adidas sneaker into a blocky, rubbery or metallic protective base. A year later, emerging during Jean-Raymond’s banner year, they looked more like a prescient pronouncement for American fashion domination.

The Sculpt sneaker by Pyer Moss 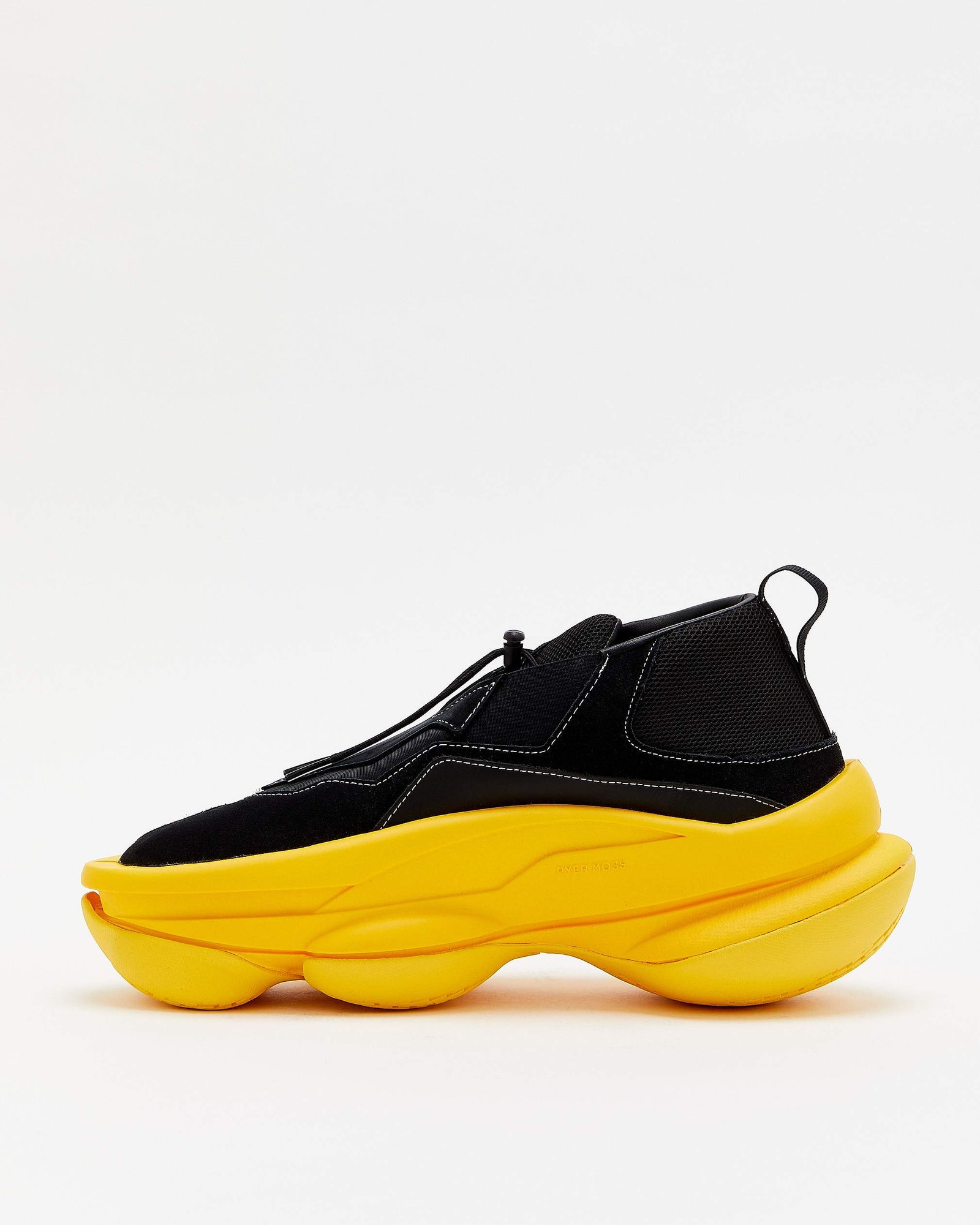 The Sculpt sneaker by Pyer Moss

Jean-Raymond’s 2019 blobs finally have company. Earlier this week, leaked images of a new model of the Yeezy Boost appeared online, with ridiculous proportions that suggest Kanye West will not be outblobbed. It appears to meld the foam-injected smoothness of the already-Croc-like Foamrunner with a supersized sole that looks like a pair of old Boosts left submerged in sink water. Only a year ago, West was headed in a different direction, with sneakers that looked appealingly half-done—the prototype as finished product. Now his shoes seem like the most finished product of all. (Whether we’ll ever see them is another matter.) 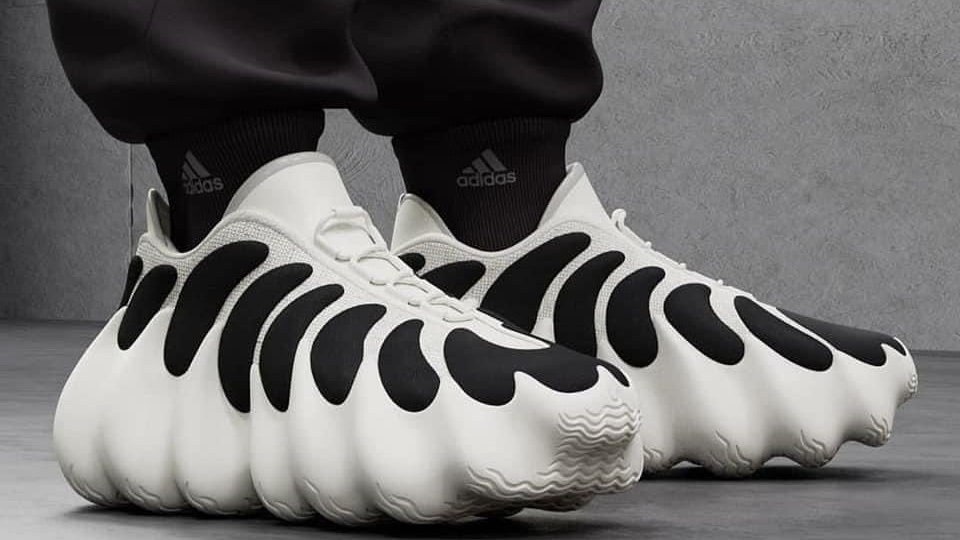 Why all these blobs, and why right now? Recent sneaker history has a few clues. In 2017, Balenciaga unleashed its blocky, dorky Triple S sneaker, and with it, a swath of ugly sneakers. In a funhouse mirroring of the global political situation, sneakers became uglier and uglier, with designers pulling obscure references from performance dance shoes and anti-fashion icons of the ’80s and ’90s at Louis Vuitton (the Archlight), Versace (the Chain Reaction), and, in a very dark period best left to the footnotes of history, Fila (the Disruptor). Once you’ve gone big and ugly, there’s sort of nowhere to go but sleek and tiny, or bigger and weirder. 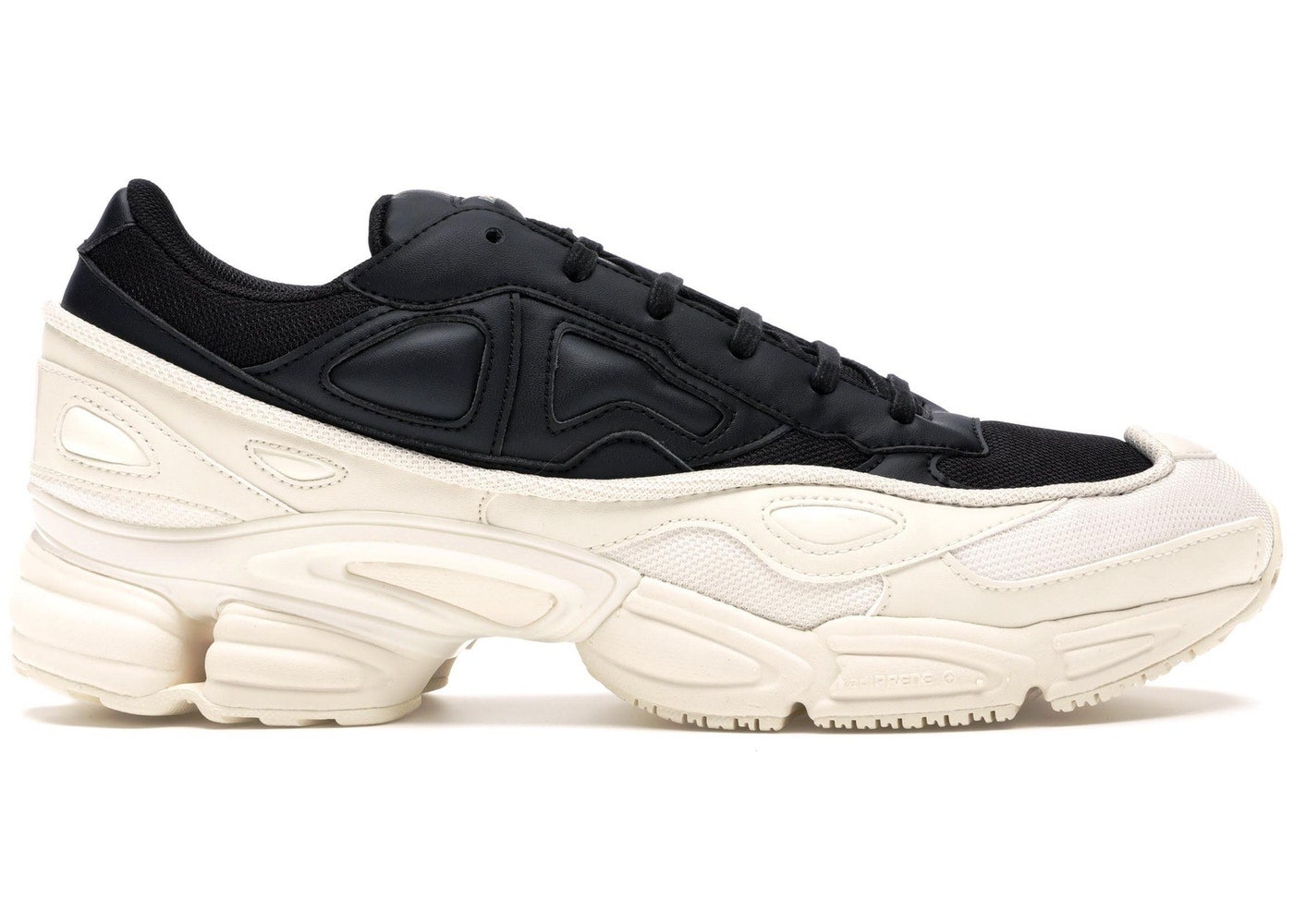 The Ozweego sneaker by Adidas and Raf Simons

The true origin of the blob might lie with Martine Rose, who spent the first few years of Demna Gvasalia’s tenure at Balenciaga helping to hone the menswear. But Rose had an ugly statement to make on her own: back in 2017, Rose took the daddest shoe of them all, the Nike Air Monarch, and oozed its sole outward, creating a wobbly silhouette that stunned and terrified sneakerheads. Rose’s Air Monarch is the proverbial missing link: the bridge between the ugly or dad shoe trends that seemed to drive sneaker design over the past five years, and this new blobby future. 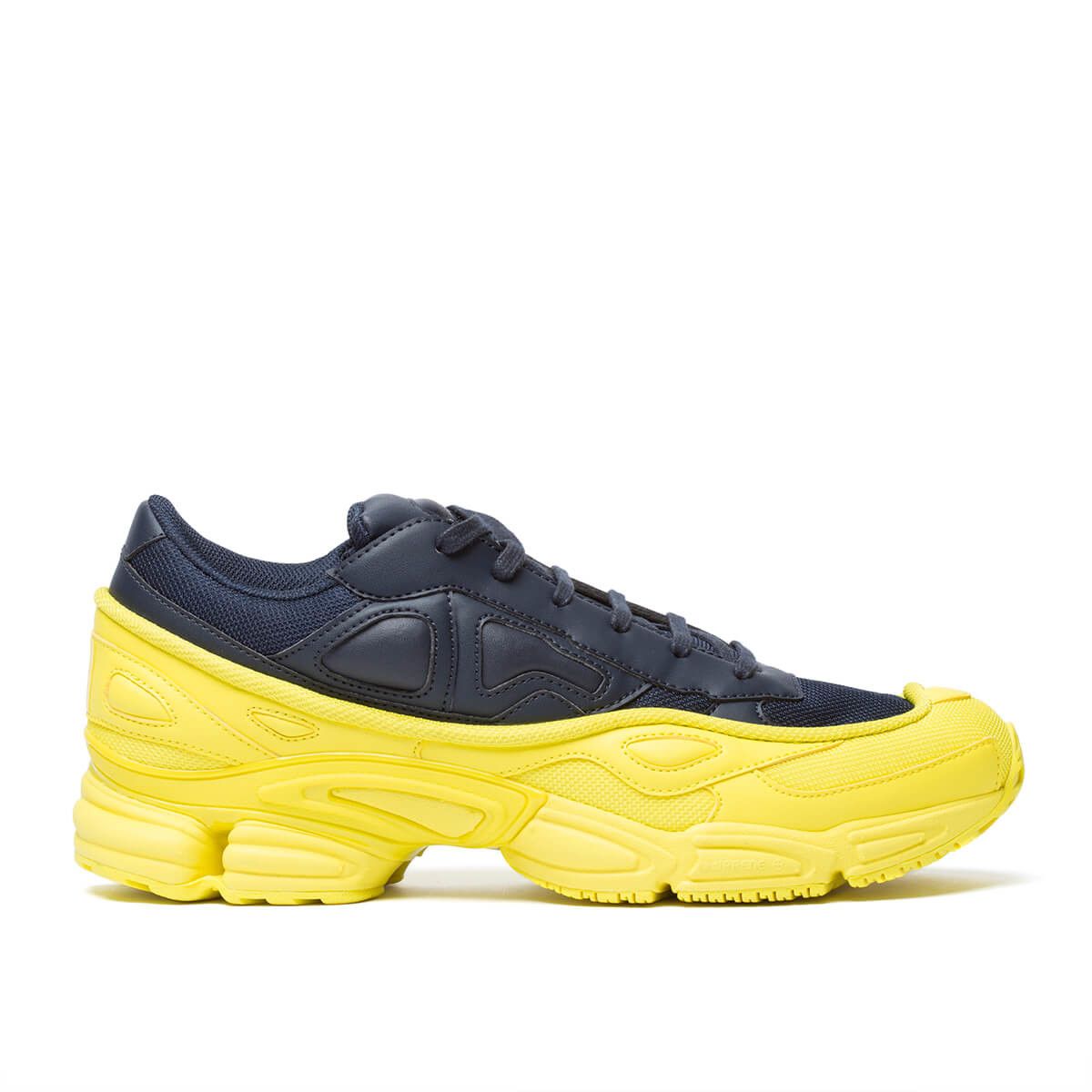 The last decade in design clung to things that felt two-dimensional and Instagram-ready, whether designed with flatness in mind (like Balenciaga’s other hit, the sock sneaker) or incite anger (the dad sneaker). Now, there’s something powerful about creating dimension and asserting a sense of space. If the dad shoe felt square and controlled, the blob feels indomitable, sloppy, and impossible to contain. After years of sneaker designers daring each other into uglier and uglier silhouettes, reaching for stranger and more abject references, perhaps now sneakers have a terrifying new mind of their own.