The Associated Students of the University of Oregon, the university’s student government, is proposing that every student be required to take a course on critical race theory in order to graduate.

Back to school with omicron | News

Boyd said that the Associated Students of the University of Oregon will be working with university administration members to incorporate the critical race theory course requirement into the bachelor’s degree track.

“Racism and the social power structures that have enabled and continue to manifest the inequalities that many marginalized identities groups face must be continuously addressed and studied,” Boyd said.

An even mix of proponents and opponents to teaching Critical Race Theory are in attendance as the Placentia Yorba Linda School Board in Orange County, California, discusses a proposed resolution to ban it from being taught in schools.
(Robert Gauthier/Los Angeles Times via Getty Images)

WHAT IS CRITICAL RACE THEORY?

Boyd said that the “Critical Race Theory” project is among student leaders’ “highest priority” within the Associated Students of the University of Oregon.

The University of Oregon Office of the Provost indicated to Fox News in a statement that they are open to discussing the proposal.

CRITICAL RACE THEORY TAUGHT AT MANY OF AMERICA’S 50 MOST ELITE PRIVATE K-12 SCHOOLS, ACCORDING TO NEW STUDY

“Recently, the university went through an extensive process to update its undergraduate Core Education requirement focused on issues of race and inequality. The Office of the Provost is happy to continue the dialogue with student leadership around core curriculum requirements in conjunction with the University Senate and its curriculum committees, which now have student representation for the first time in several years, thanks to the ASUO,” the statement read. 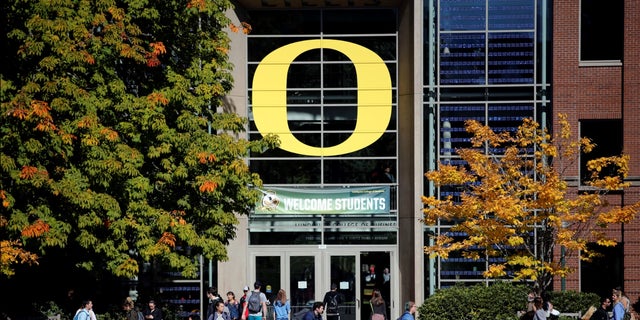 The office added that “diversity of background, thought, and perspective is an absolute necessity for building academic excellence.”

Currently, students are required to take one course which covers US: Difference, Inequality and Agency, and one course relating to Global Perspectives.