Couple who met on Bumble during coronavirus lockdown now expecting triplets: ‘Quite a miracle’

TV shows we love to rewatch

A couple who fell in love during lockdown are thrilled to be expecting identical triplets. The proud future parents felt that it was meant to be from their first socially distanced date.

Megan Smyth and Clayton Whittaker of Nottinghamshire, England, were smitten from the start after connecting on Bumble in May, South West News Service (SWNS) reports. A week after matching on the popular dating app, the two went for a (socially distanced) walk in Whittaker’s hometown of Moorhouse, and felt like everything fell into place.

Megan Smyth and Clayton Whittaker of Nottinghamshire, England connected on Bumble in May.
(SWNS)

Soon after, they moved in together in Smyth’s Kirkby-in-Ashfield home before the next lockdown began – and haven’t been apart since.

“We haven’t spent a day apart since the day we first met,” said Smyth, 31, an NHS project coordinator. “We officially became a couple in June 2020 and Clayton then moved in with me a couple of weeks later. 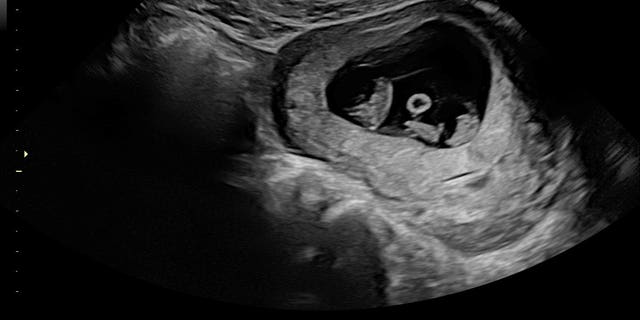 Whittaker said he was stunned to see at least two babies on the ultrasound that fateful September day.
(SWNS)

“I was widowed in 2013 and hadn’t really done much dating at all until this year,” she revealed. “With Clayton, it was just very different. We are pretty much the same person in that we view things in the same way.”

“We’re both very easy going. We just get along, it’s just easy, it’s not hard work or anything,” Smyth said. “I think you just know when it’s easy to get along with someone.”

Whittaker, 41, echoed similar sentiments, agreeing they clicked from the start.

“From the moment we met each other, we just knew that we’d spend every day together so moving in together just felt right,” the excavation driver explained, per SWNS. “It’s been really good and it doesn’t happen like that often.”

The couple’s life changed forever in August, when Smyth realized she had missed a period. A pregnancy test confirmed she was expecting – and a scan at the doctor’s office showed she was pregnant with triplets.

Whittaker said he was stunned to see at least two babies on the ultrasound that fateful September day. 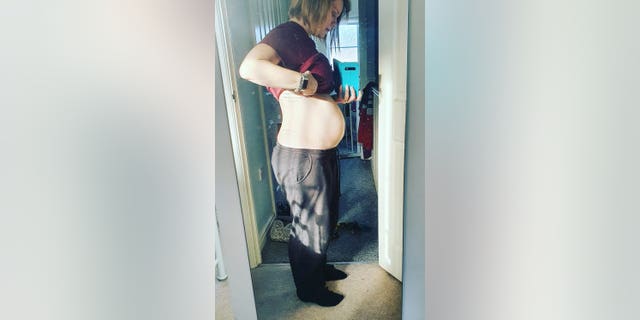 Though the couple was initially “gobsmacked” with the good news, they look forward to welcoming their identical triplets in April 2021.
(SWNS)

“I was stood up watching the screen where the scan was and I saw two blobs and initially thought there’s two for sure,” he recalled. “That was the first initial shock that made me a bit clammy and white, thinking ‘It’s really nice but also I’ll be living my life in the digger earning money to care for two babies!’”

“Then we saw this other blob and the nurse said ‘There’s three.’ I needed a chair immediately.” I just kept saying ‘oh my God.’ I just couldn’t believe it.” 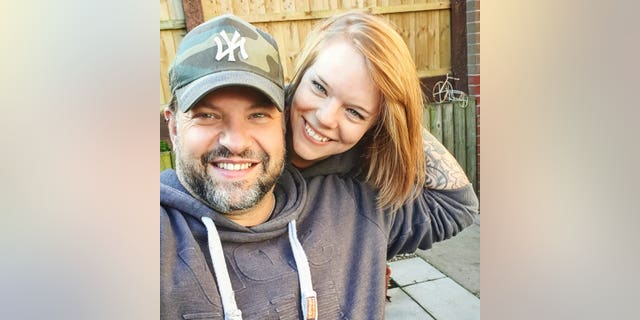 “Then we saw this other blob and the nurse said ‘There’s three.’ I needed a chair immediately.” I just kept saying ‘oh my God’, I just couldn’t believe it.”
(SWNS)

Whittaker called the multiples “quite a miracle,” and his partner said that twins are “fairly common” in her family.

Though Whittaker said the couple was initially “gobsmacked” with the good news, they look forward to welcoming their identical triplets in April 2021. The proud parents did not share the gender of their babies on the way.

“Everyone is really excited for us,” said Smyth – especially their moms.

“If someone had said to me in January that I’d be pregnant with triplets, there’s no way I’d have believed it,” she mused.

“I don’t think I’ve ever met two more excited people than my mom and his mom. They’re constantly messaging me asking how the bump is,” she added.

The couple has since invested in a van that Whittaker playfully likened to a “minibus,” so they’ll be able to adventure with their babies and dogs in the near future.

“We’re really happy now and so excited,” he said of their growing family.