Locked out of that market, Chinese companies “stand to lose riding the ascent of possibly the world’s third-largest economy by 2050 and the market with the world’s second-largest internet users,” said Shirley Yu, visiting fellow at the London School of Economics and founder of a company that assesses strategy, business, and political risk for companies working in China.

They can ‘do nothing’

ByteDance’s TikTok lost 200 million Indian users when it was banned in late June. That’s twice as many users as the app has in the United States. The Beijing-based company hadn’t yet made money on TikTok in India, according to Greg Paull, principal at market research firm R3. But the company had spent heavily on establishing and expanding its slice of the market.

“And now they can only watch the local, copy version apps taking over their users and do nothing,” said Paull. 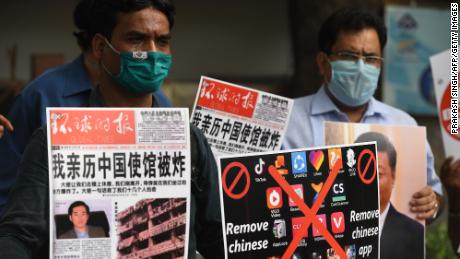 Google (GOOGL) CEO Sundar Pichai said in a blog post earlier this year that the company’s efforts in India “have deepened our understanding of how technology can be helpful to all different types of people.”

For internet applications developed by Google and other tech companies, data is like oxygen, said Gateway House director and board member Blaise Fernandes.

Apps need a lot of up-to-date data to keep algorithms competitive, according to Fernandes. He predicts that the deprivation of data from India will handicap Chinese apps’ development for global markets. 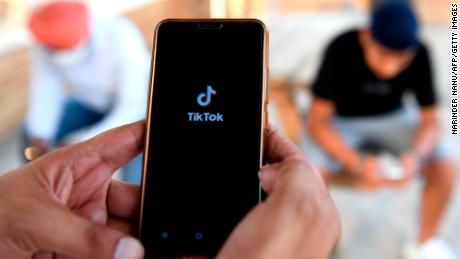 “The global strategies of Chinese tech firms are now being hijacked,” said Abishur Prakash, a geopolitical futurist and co-founder of Center for Innovating the Future, a consulting firm that works on technology and geopolitics.

Chinese companies that had relied on India to build and test new products have seen those plans thrown into jeopardy, he said.

“As India pushes out Chinese tech, a chaotic business landscape is emerging. Now, everything that Chinese tech firms have bet on to succeed in the Indian market is being picked apart,” Prakash said.

Beyond developing their own products, Chinese tech companies had been investing heavily in India’s tech startups, pouring some $4 billion into the sector since 2015, according to Gateway House.

But India’s tightening rules on foreign investment could constrain China’s ability to cash in on the country’s internet boom.

In April, the Indian government signaled it was taking steps to curb China’s growing influence. It announced that foreign direct investments from countries that share a land border with India would be subject to more scrutiny.

The move was “indicative of India’s desire to carefully control the inward flow of Chinese investments and assets into the country,” according to Sukanti Ghosh, South Asia head for the Washington-based think tank Albright Stonebridge Group.

Then, amid the border clashes in June, the otherwise investor-friendly government of Maharashtra, a western state in India, paused or canceled a number of agreements signed with leading Chinese companies earlier this year, Ghosh said.

Questions have already been raised about the long-term viability of at least one splashy tech investment.

Reuters, citing four people with direct knowledge of the matter, reported last week that Alibaba affiliate Ant Group was thinking about selling its 30% stake in One97, the parent company of popular digital wallet Paytm, because of the rising tensions and tougher competitive landscape.

Both companies denied the report. Ant said in a tweet that the Reuters story is “untrue.” Paytm said in a statement that the story is false and misleading.

“There has been no discussion with any of our major shareholders ever, nor any plans, about selling their stake or becoming the controlling shareholder,” a Paytm spokesperson said.

India could suffer, too

When it comes to digital payments and financial technology, Ant is widely considered to be a global leader. And if Ant and other Chinese tech companies disengage because of political tensions, India could miss out on leading edge technology.

“In the short term, India will lose out. Tencent is the biggest ‘strategic investor’ in India’s startup world. Meanwhile, Xiaomi invested almost $500 million in India — in a single year,” said Prakash.

Smartphone maker Xiaomi invested heavily to build factories in India, and has so far generated employment for some 50,000 Indians, according to local reports. The anti-China sentiment in the country and calls to boycott Chinese products could put those jobs at risk.

Fernandes, of Gateway House, said that other tech companies are already rushing in to fill the void left by Chinese investors, and predicts that India will not suffer for long.

“Post the ban on Chinese apps it is estimated that $25 billion [of foreign direct investment] has found its way to the Digital India story, so in no way” is India losing out, he said.

Indian billionaire Mukesh Ambani’s digital company Jio Platforms may have accounted for much of that. It alone has secured more than $20 billion from marquee investors, including Google (GOOGL GOOGLE), Facebook (FB) and KKR, this year.

For the world’s two most populous countries, there appears to be no resolution in sight.

India’s Minister of External Affairs Subrahmanyam Jaishankar suggested it could take years for negotiations between China and India to reach their conclusion given the unprecedented build-up of military forces on both sides of the border.

Progress in relations with China requires peace and tranquility along the countries’ shared border, Jaishankar told a local newspaper last week. If that’s disturbed, as has been the case this year, then obviously, the rest of the relationship cannot be unaffected, he added. 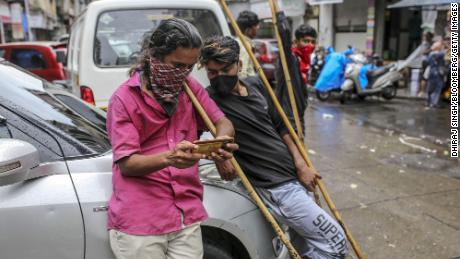 In its own way, India is taking a page out of China’s playbook.

Beijing has barred many foreign tech firms from operating freely in China. Some of the world’s most popular platforms like Google search and Facebook are banned in China, because of the country’s strict censorship laws. Locking out global players also had the added side effect of helping homegrown companies like Baidu (BIDU) and Tencent (TCEHY) flourish.

“While India may be going after Chinese tech firms, it is not going after anyone else … [and] still remains open to the world,” Prakash said. “With that said, the one area where New Delhi and Beijing are on the same page is that both nations want to define tech on their own terms,” he added.

“For these two nations, controlling tech is equal to sovereignty.”

— Swati Gupta contributed to this report.