The climate crisis is messing with birds’ body shapes

Researchers have studied information on more than 15,000 non-migratory birds spanning 77 species over a 40-year period that were captured in the Amazon rainforest, tagged and then released.

The scientists found that nearly all of the birds’ bodies have become lighter since the 1980s, losing on average about 2% of their body weight every decade, according to a new study published Friday in the journal Science Advances. For an average bird species that weighed about 30 grams (1 ounce) in the 1980s, the population now averages about 27.6 grams (0.97 ounce). The study also revealed that wingspan was getting bigger in a third of the Amazon bird species studied.

“These birds don’t vary that much in size. They are fairly fine-tuned, so when everyone in the population is a couple of grams smaller, it’s significant,” said coauthor Philip Stouffer, who is the Lee F. Mason Professor in the Louisiana State University School of Renewable Natural Resources.

“This is undoubtedly happening all over and probably not just with birds,” Stouffer said in a news release.

“If you look out your window, and consider what you’re seeing out there, the conditions are not what they were 40 years ago, and it’s very likely plants and animals are responding to those changes as well. We have this idea that the things we see are fixed in time, but if these birds aren’t fixed in time, that may not be true.”

Birds that lived higher up in the forest canopy, which were most exposed to heat and drier conditions, had the most dramatic changes in body weight and wing size, the researchers found. 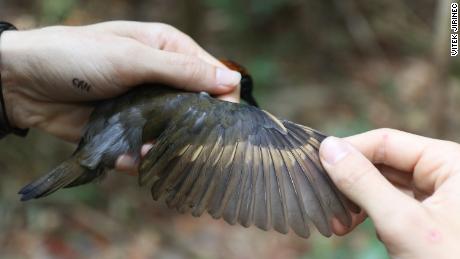 A lower body weight and increasing wing length means that birds use energy more efficiently, the researchers noted. For example, compared with a fighter jet with short wings that needs lots of fuel to fly, a glider plane with a thin body and long wings soars with much less energy.

The study concluded that a warmer climate was the driving force of these changes, but the mechanism at play wasn’t entirely clear. The climate in Brazilian Amazonia, where the birds lived, had gotten hotter and wetter, at least in the rainy season, over the study period.

The change in climate might have made food or other resources scarcer, the study said. 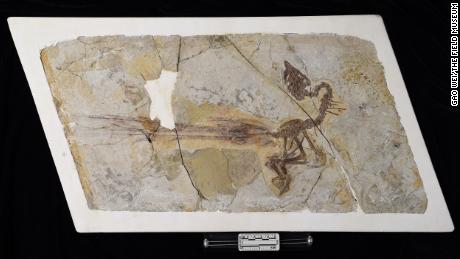 “Together, body proportions moved in the direction of more efficient flight and lower metabolic heat production and are consistent with a plastic or genetic adaptation to resource or thermal stress under climate change,” the study said.

Animals are dealing with climate change in different ways.

In the Mediterranean Sea, fish, crustaceans and mollusks are being found in deeper habitats as the water warms.Animals are evolving larger beaks, legs and ears that allow them to better regulate body temperature as the planet gets hotter, other research found.